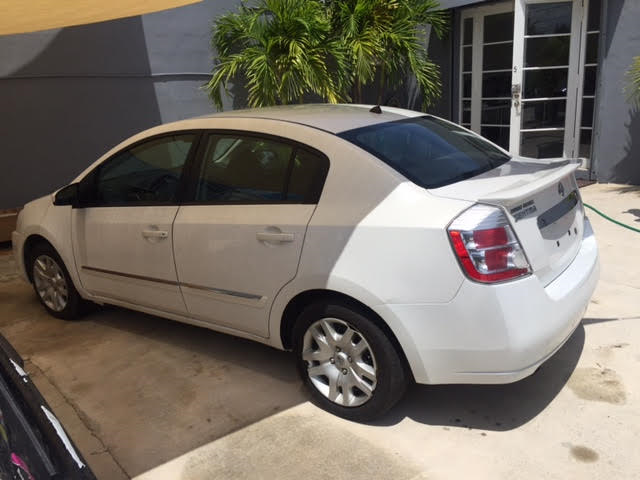 The continuously variable transmission in the 2011 Nissan Sentra offers precise operation and good fuel economy, perhaps the high point of the model, especially when teamed with the 2.5-liter engine.

Cramped interior ergonomics, an underpowered base engine, and a harsh suspension severely impact the value of the 2011 Sentra.

It seems the 2011 Nissan Sentra has fallen into a no-man’s land, as the Versa offers a better option for a compact, and the Altima is a much better midsize alternative. If you have your sights set on the Sentra, go for the 2.5-liter engine with the continuously variable transmission, and work from there. With a bit of suspension tuning and some ergonomic adjustments, the Sentra could be a valuable entry amongst the Nissan lineup.

With an interior volume that caused the EPA to push this compact into the midsize arena, the Sentra had been the entry-level offering from Nissan since 1982. In 2004, the Versa replaced the Sentra as the compact entry in the Nissan lineup. (In markets outside the U.S., the Sentra is badged as the Sunny.)

With six trim levels and two engines, the Sentra positions itself as everything from an economy car to a wannabe sports sedan, but regardless of trim or EPA designation, the Sentra remains a four-door, front-wheel-drive compact. 2011 sees no changes for the Sentra, as it is fresh off its latest generational change in 2007. 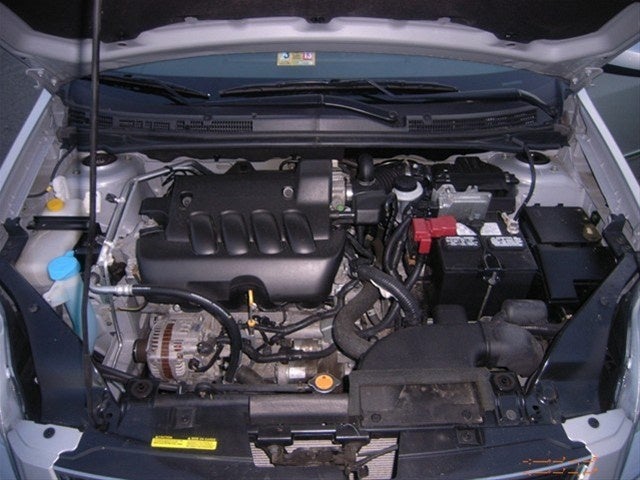 Sentra 2.0 trims get a 140-hp version of the Nissan MR engine, developed in conjunction with Renault. It’s an all-aluminum offering with variable valve timing and some unique features like offset cylinder placement. Torque is unimpressive, with 147 lb-ft waiting until 4,800 rpm to show up. As those 140 horses don’t arrive until 5,100 rpm, you’ll find yourself wanting when accelerating from a stop. Unfortunately power delivery doesn’t change dramatically as the rpms climb, and highway maneuvers will definitely tax the limits of the engine.

You’ll get the option here of a six-speed manual or continuously variable transmission (CVT), and while the manual is slightly quicker than the CVT, it also has a vague clutch and a sloppy shifter that severely impede enjoyment. The CVT is a much better option here and even beats the manual in regard to efficiency, getting a rating of 26/34 mpg as opposed to the six-speed’s 24/31.

For even more power, the SE-R Spec-V trim gets a 200-hp version of the 2.5-liter engine. Its peak hp arrives at 6,600 rpm, and while it gets a small torque bump of 8 lb-ft, that doesn’t arrive until 5,200 rpm, as opposed to 2,800 in the non-Spec-V SE-R. It’s yoked to the six-speed manual for 21/28. The lack of the CVT here is a reason to avoid the Spec-V, especially considering the high rpm needed to really utilize its small power upgrade.

While the Sentra feels solid, its suspension jars over even slight imperfections, with the sport suspension of the SE-R and Spec-V trims only magnifying the issue. While luxury levels are not expected here, the Sentra falls short of its competitors.

Sentra seats at least are comfortable and offer plenty of room for even taller occupants. Rear seats are the exact opposite, with barely adequate head room and knee space that is almost non-existent. The Spec-V trim offers sport seats that significantly improve side bolstering for more lateral support without sacrificing much comfort.

Hard plastics overtake the visual impression of the Sentra’s interior, hampering perceived value. While leather upholstery does upgrade the SL a bit, it’s not enough to make much of a difference, and the Spec-V’s small interior changes of new stitching and some swapped badging are not enough to impress.

Controls are easy to see and operate for the most part, even the small screen for the optional navigation system – a welcome surprise. Some have complained about smaller gauges washing out in direct sunlight, but most are visually accessible, if not pleasing.

All Sentras get antilock brakes with brake assist, traction and stability control, daytime running lights, and six standard airbags. The SE-R and SE-R Spec-V trims both get upgraded four-wheel antilocks.

NHTSA ratings for the 2011 Sentra have yet to be released, as the organization has set new standards and testing procedures this year – tests it says will be more rigorous. With that in mind, the 2010 Nissan Sentra garnered five-star ratings in all tests other than side impacts involving the rear passenger and rollover resistance, both of which earned four-star ratings.

While owners are impressed with the price of the Sentra, it still manages to fall short of the competition on several levels. Major complaints arise from the performance of the 2.0-liter engine, a stiff and uncomfortable suspension, and cramped seating. However, the CVT operates with flawless precision, and the competent and accessible navigation system is a nice surprise at this level.

Users ranked 2011 Nissan Sentra against other cars which they drove/owned. Each ranking was based on 9 categories. Here is the summary of top rankings.

Have you driven a 2011 Nissan Sentra?
Rank This Car

So I've been doing a lot of research and found out that i think it's my cvt(transmission) thats having issues because i have lose of power when i step on the gas and after like 3 or 4 seconds it s...

IH8Nissan asked a 2011 Nissan Sentra 2.0 SR Maintenance & Repair question about a year ago

2011 Nissan Sentra SR 2.0 liter 4 cylinder. Trying to remove the engine and trans as a unit to do timing chains. Not enough room to wrestle the timing cover on and off and actually have it seal try...

I took my car into the dealership to replace the air flow sensor and to reset me computer. They told me I needed a Fuel line flush. The next day I received the code P0420 and now my car sounds like ...

Car Will Not Move Or Accelerate

I have a 2011 Nissan sentra , when I put it in drive or reverse and push on the pedal it will move like a few inches, and will not rev up. Is it my transmission or something simple