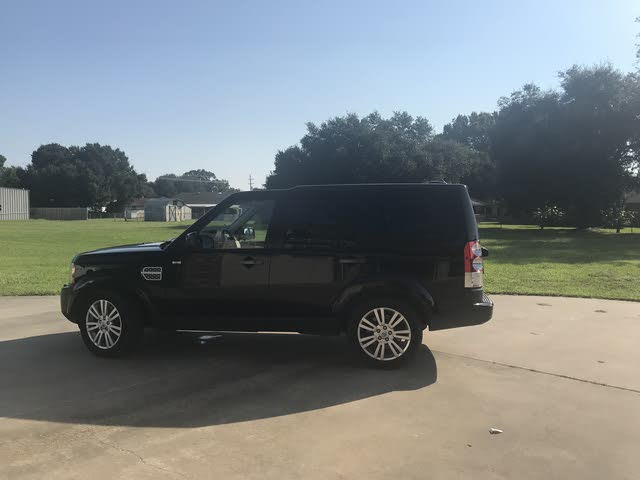 Average user score
4.5 ⁄ 5 stars
Based on 8 reviews
Great Suv by WWH — Love it all. Quiet, large enough, yet not too large in the city. Reliable ... all great. Have had 3 and loved them all. Good space and 3rd row seats fully flatten. Great 4wd capability. Wonderfu... Read more
Review by Guru94SLXS — Smooth ride, great interior! For the off-roader who likes the finer things in life. Read more
2011 Land Rover Lr4 by Stephane — With a Jaguar engine, BMW transmission and Ford electronics this is a serious "best of breed" Land Rover. It's the most reliable vehicle I have ever own which is ironic given my father's woes with eng... Read more

The 2011 Land Rover LR4 is the updated version of the midsize LR3 SUV, and while not much has changed since 2010, many reviewers say that's not likely to be a problem for buyers considering a luxury sports utility vehicle that can handle a variety of road conditions. In fact, while a variety of prospective owners will enjoy the fact that Bluetooth connectivity is now standard in the LR4, the bigger change is in the suspension. The electronics that control the ride height, suspension damping rate, and other aspects for off-roading have been updated to improve the terrain response system.

That's part of what differentiates the 2011 Land Rover LR4 from other midsize luxury SUVs. Its height-adjustable suspension helps improve handling on the highway, but it along with the electronics in the suspension system are tailor-made for rock climbing and off-roading. It helps that the standard clearance is more than 7 inches off the ground, and the angular exterior design helps remind buyers and passersby of the LR4's Range Rover heritage.

Prospective buyers not planning on heading into the wild need not worry. The LR4 has a powerful 375-horsepower V8 engine that provides good acceleration, especially with a six-speed automatic transmission. Sometimes reviewers have issues with the shifting, but most were happy with the 2010 model, noting only that there is an occasional pause before shifting to make passes on the highway.

The boxier design of the 2011 Land Rover LR4 also means that visibility is good compared to sleeker luxury SUVs. The relatively flat glass of the windows and windshield make it easy to park and see other motorists. Add to that the fact that there's a third-row seat, and one wonders what problems the LR4 has lurking underneath.

There are a few, notably a reliability rating that is among the lowest for luxury automakers, as well as a demeanor on highways that's been likened to herding a small elephant around, because of the LR4's curb weight of more than 5,000 pounds. That's part of the choice prospective Land Rover LR4 owners make by choosing a vehicle that still stands for the SUV moniker with its included off-road capabilities. And its handling and driving feel aren't bad for an off-road machine; they simply don't match up well with competitive examples like the BMW X6 or other car-body-based crossovers.

For occupants, it'll be hard to notice any of these quibbles that the driver might face. There are two separate sunroofs, climate control for both the front and rear, and an optional rear-seat entertainment system.

The 2011 Land Rover LR4 also comes with several trim options available, like the HSE with front parking sensors, heated front and rear seats, and Bluetooth connectivity. It also gets a navigation system similar to the larger Range Rover. Moving up, the HSE Plus options include keyless entry and ignition and a camera for assistance when backing up, while the HSE Luxury offers adaptable headlights, improved stereo systems, and more.

Users ranked 2011 Land Rover LR4 against other cars which they drove/owned. Each ranking was based on 9 categories. Here is the summary of top rankings.

Can someone please advise if they have had any major issues with this vehicle. I know some ppl love their LR4 but then I hear it's very expensive to keep up which I figured but seem like there are a...

Who would you recommend for Land Rover LR4 extended warranty contract?