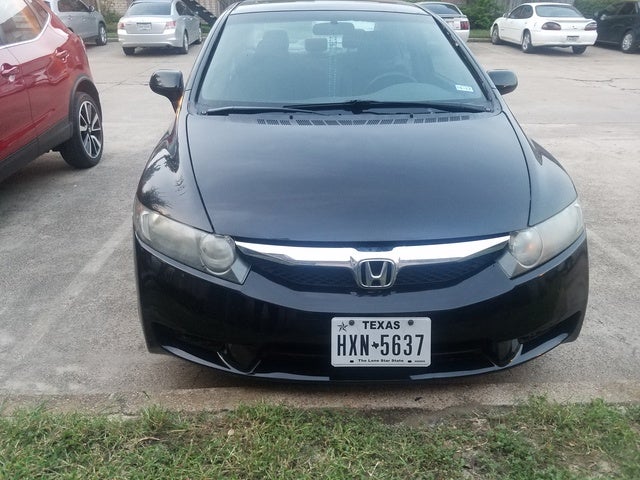 The 2011 Honda Civic provides ubiquitous fuel economy, mild performance from the Si, and great value within its class.

A clumsy and ugly navigation system and sluggish acceleration from all but the Si trim are major sore spots for the 2011 Civic.

The Civic has been a soldier marching on in the name of Honda for almost four decades now, the longest-running Japanese model other than Toyota's Corolla. With credentials like that, it’s even more disappointing to see things like the substandard navigation system and base engines that continue to underperform in the 2011 version. Still, these aren’t errors glaring enough to make the Civic anything other than the best value in its class.

Honda’s seemingly immortal Civic continues its four-door foray in 2011 with no changes, still offering an overflow of trim levels and drivetrain options. With the ability to be equipped as an economical city crawler, upscale commuter, or sporty sedan, the Civic even offers hybrid flexibility. Powered exclusively by inline four-cylinder (I4) engines, including one paired with an electric motor, no Civic is a performance powerhouse, even with the Si’s six-speed manual transmission. Still, the Civic continues to be a solid entry in the compact market, just as it has been for the last 40 years. 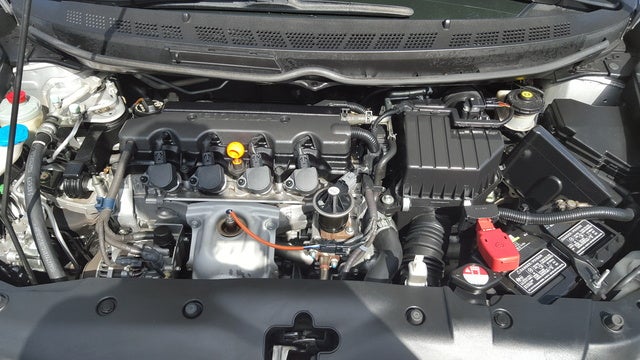 Non-hybrid Civics other than the sporty Si trim are all powered by the same 1.8-liter I4 engine, good for 140 horsepower at 6,300 rpm and 128 lb-ft of torque at 4,300 rpm. The Si trim gets a 197-hp, 2.0-liter I4, although you’ll have to spin the engine up to 7,800 rpm to actually enjoy those horses. Torque is up to only 139 lb-ft here, and that peak doesn’t come until 6,100 rpm. While the 2.0 is noticeably faster than the 1.8, both engines need a lot of revving to keep them in their powerband and are sluggish from a stop. Both motivate just fine when wound up, though, and the Si even rewards heavy use of the right foot with a bit of enjoyable “umph!” Most trims get a choice of five-speed transmissions, automatic or manual. The automatic shines here and is the only transmission available in the EX-L trim, but it’s the standard six-speed manual you get with the Si that’s the belle of the ball, with smooth and confident operation that should help keep the 2.0 wound up tight.

It’s not until the EX-L trim that traction and stability control show up, and the Si additionally gets a limited-slip differential. These are features that are fast becoming expected standard equipment, and it’s a shame that you have to go so high up the trim list to encounter them here.

Expected fuel efficiency for the 1.8-liter engine is 26/34 mpg with the five-speed manual and 25/36 with the five-speed automatic. The Si’s 2.0-liter engine and six-speed manual transmission combo is good for 21/29, although that's with required premium-grade gasoline as opposed to the 1.8’s regular needs. With this in mind, some testers have actually found the Si’s average fuel economy to meet or beat other trims with the 1.8.

The Civic Hybrid pairs a 1.3-liter I4 engine with an electric motor, and together they’re able to achieve 110 hp, not to mention 123 lb-ft of torque, that show up at only 1,000 rpm. With the help of a CVT, it achieves a claimed 40/45 mpg that seems to be backed up by independent testing, and with regular-grade gas, no less. Despite complaints of lagging from a stop, the Hybrid’s powertrain provides more than adequate power and driveability with impressive efficiency.

With competent handling and a stable, almost comfortable ride from any trim level, the Si offers the best grip and agility of the Civic lineup. While no trim produces excessive or annoying stiffness, the non-Si trims could use the grip that the Si’s sport suspension offers, as the benefit to handling far outweighs the penalty to the ride, unless fully loaded. The difference in feel between the base 15-inch wheels and the upgraded 16-inch alloys is negligible, but there’s a big jump with the Si’s 17-inch units, especially considering the stiffer sport suspension.

The Hybrid on the other hand has low-rolling-resistance tires that increase fuel efficiency but rob it of handling it simply can’t spare. Otherwise it’s little different than other non-Si trims, excepting the regenerative braking feel that is still strange enough to not go unnoticed.

The Civic has never been made for taller drivers, and this year provides no exception. Trims with the sunroof provide an even greater obstacle to those of higher stature, but otherwise there is plenty of room front and back, although rear-seat legroom can get tight with the front seats pushed back. Foot space can likewise become tight as the front seats come down. Overall, if you can get inside, the seats are comfortable and even supportive enough for some spirited driving, although they don’t match the sportier seats of the Si, with their side-bolstering support.

Controls are very optimally located, and the top and center speedometer provides a particularly convenient location for quick glances from the road. The knobs don’t feel or look cheap, although lower trims scrimp a bit with other interior materials that mean an abundance of cheap, hard plastic. EX and Si trims are more upscale, but never luxurious.

Sadly, the Civic navigation system could use quite a bit of work. Confusing menus, poor visibility, cheap controls, and unnecessary complication in absorbing audio functions are saved solely by a voice-command system that obviates the need to experience any of that while driving, if only you can manage to pre-program before embarking.

All Civics are impressively quiet, as road noise is suppressed almost completely. The 1.8-liter engine can sound a bit gnarly under load, although the same can be said for the 2.0-liter engine. The difference is simply that the 2.0-liter engine almost sounds good. Low-rolling-resistance tires with the Hybrid are a bit noisy, as is the hybrid engine setup.

While the NHTSA awarded the 2010 Honda Civic a five-star rating in all tests, it has recently upgraded its testing procedures with a more stringent structure, promising that a five-star rating will be harder to achieve in future. The 2011 Civic has yet to be tested using these new procedures.

Standard safety features for the 2011 Honda Civic include six airbags, antilock brakes, front-seat active head restraints, and daytime running lights. The EX trim upgrades to four-wheel antilocks, while the EX-L and Si trims also get traction and stability control. The Si also benefits from a limited-slip differential and upgraded brakes.

Owners are very pleased with the Civic overall, especially with the fuel economy that comes regardless of trim. Performance and handling are additional high points for the Si, a trim that avoids the complaints about the cheapness of the interior that have been heard with lower-level trims. The navigation system has received the majority of complaints by far, however, with its frustrating interface, cheap controls, and poor placement and visibility. Some have even gone so far as to comment that it would be wholly worthless were it not for the voice-command programmability. The six-speed manual transmission has also received unique praise, as well as some lamentation of its lack of availability in anything other than the Si.

Users ranked 2011 Honda Civic against other cars which they drove/owned. Each ranking was based on 9 categories. Here is the summary of top rankings.

Have you driven a 2011 Honda Civic?
Rank This Car

Car Title Is In My Wife's Maiden Name

I'm selling my Wife's Honda Civic and the title is in her maiden name, not mine. Is this a problem, and if so, what would I need to do?

What Is This Missing Part Called?

When putting new tires on my car, I noticed an area near the CV axle that looks as if it is missing a part. On the passenger side, there are 3 holes (for bolts I'm assuming.) I believe it's some ...

I had to put a new battery in my Honda and now when I try to turn the radio on it tells me to Enter Code? Where can I find the code to enter

443 views with 2 answers (last answer about a year ago)

176 views with 1 answer (last answer about a year ago)

I have a 2011 Honda Civic and I’m wanting to know before I make a purchase about suspension. I can feel every bump on the highway, I believe the car was lowered already when I purchased it. I’m wo...