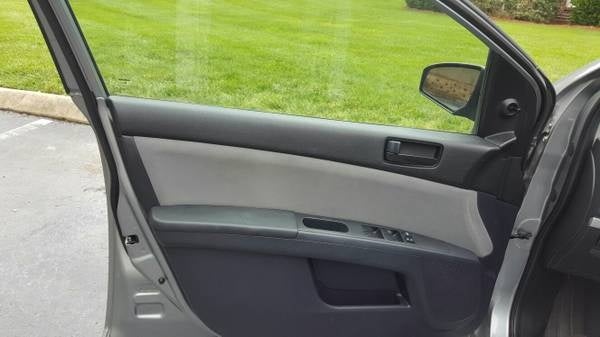 The 2.5-liter engine in SE-R guise offers solid performance with a great transmission for the 2010 Nissan Sentra.

Unfortunately, the 2.0-liter engine that comes with most Sentras lacks power, and the six-speed transmission only makes things worse in 2010. 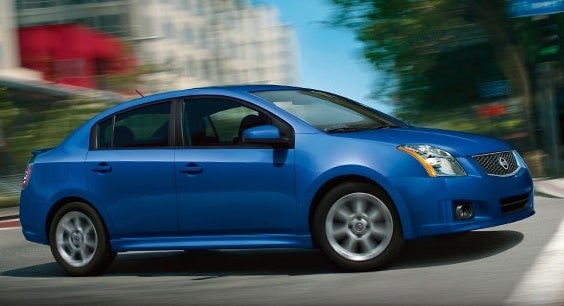 The Sentra is an entry-level car, essentially a compact, and as such should be considered with reservations in mind. The displays can wash out, the seats lack support, and the suspension is nothing that will have you raving. However, the combination of a 177-hp, 2.5-liter engine and CVT transmission in the SE-R provides solid performance that borders on fun.

The Nissan Sentra is a confusing entry in the company's model lineup. Originally branded as a subcompact, the Versa has since taken up that mantle for Nissan, pushing the Sentra into the entry-level compact slot. The EPA, however, considers the Sentra a midsize, due to interior volume measurements.

Regardless, this front-wheel-drive (FWD) four-door sees several changes in 2010, including a styling refresh, additional option packages, and a new trim - the 2.0 SR. Available with three engines and two transmissions across six trims, the Sentra hopes to fill niches from economy to sport, with its high-performance minded SE-R Spec V trim.

Changes for 2010 include a new grille, inspired by the Altima's, as well as a revised lower fascia and augmented headlights. Rear taillights are also new, although little changed. Additional chrome trim is now found in the rear and on the sides as well. Inside, an optional new stereo comes with an optional navigation system and now includes an iPod adaptor along with USB inputs. A backup camera is also available on some models, and new red backlighting highlights the speedometer and controls. 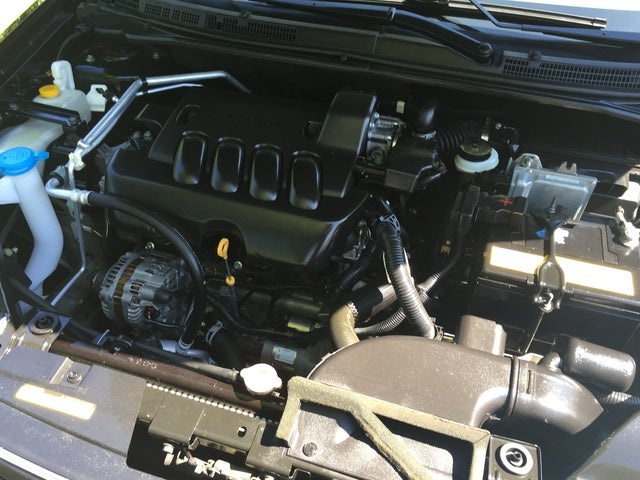 The most prominent engine in the Sentra stable powers the four 2.0 trims - Base 2.0, 2.0 S, 2.0 SR, and 2.0 SL. With 140 hp, the 2.0-liter inline four-cylinder engine (I4) provides enough power for around town, but falters at speed, leaving the driver begging for more power when attempting to pass or climb. The six-speed manual transmission is a mess, giving no benefit over the available CVT, which operates flawlessly. Indeed, the manual transmission fails to add fun or function, as its imprecise action at shifter and clutch detracts from enjoyment, and EPA estimates put it well below the CVT in mileage with 24/31 mpg, compared to the CVT’s 26/34. Additionally, the engine struggles at load, with a raspy tone that intrudes harshly.

The SE-R Spec V tries hard but ultimately fails. Its 2.5-liter I4 is good for 200 hp, but it’s not available until 6,600 rpm, and its 180 lb-ft of torque don’t show up until 5,200 rpm, making it very rev-happy. Couple this with the six-speed manual being the only available transmission, and it’s simply not a very enjoyable ride. It’s also not particularly efficient, delivering an EPA-estimated 21/28 as opposed to the SE-R’s 24/30, with Nissan recommending premium fuel for both.

The Sentra’s solid structure means there is little shake or shimmy when traversing treacherous terrain, and a competent suspension provides adequate feedback with slight control of lean and roll, but nothing to impress. The same can be said of brakes and steering, as both are handled tolerably, but certainly nowhere near setting the standard for the class.

As would be expected for the class, hard plastic surfaces are the dominant factor, adding little to an atmosphere that is already geared toward “economy.” While the 2.0 SL adds leather upholstery, it seems out of place, rather than adding anything, and the interior upgrades of the Spec V are so minimal as to almost be missed.

Room is ample for a compact, but lacking for a midsize, with room enough up front for larger occupants, but cramping even those under 6 feet in the back. Seats are comfortable, but lack the support needed for long trips, front and back.

While controls are well-placed and easy to operate, testers and owners alike have complained of difficulty reading certain displays in bright light. New red backlighting graces the speedometer and certain controls.

The Nissan Sentra scored five stars in the NHTSA’s frontal crash and side crash tests involving the driver. Four stars were awarded for side crashes involving rear passengers and in the rollover test. The Base 2.0 trim gets dual front, front-side, and curtain-side airbags, as well as a tire-pressure monitor. The 2.0 S and SR additionally receive antilock brakes, while the 2.0 SL gets traction control and an anti-skid system. Final safety upgrades come in the SE-R, which gets four-wheel antilock disc brakes.

Owners have been relatively pleased with the evolution of the Sentra, and the mid-model refresh has been similarly well-received. The lack of power in the 2.0 is frustrating for some, but expected for the class, while the sub-par manual transmission is simply a disappointment. Overall, the Sentra represents a solid entry for a car that can be had for $15,000.

Users ranked 2010 Nissan Sentra against other cars which they drove/owned. Each ranking was based on 9 categories. Here is the summary of top rankings.

Have you driven a 2010 Nissan Sentra?
Rank This Car

Car instruments lights and dash trim on but no crank...changed the start still does t work...need help please

I had my ac worked on and then replaced battery. AC no longer works. One shop told me I have a bad electric problem and wants $200. Just to research?

The collette in my shifter blew. I had to replace the shifter assembly. However, I’m still having issues shifting. Namely I can’t shift into reverse. I think my shift control cable is to blame. An...

So we are in the process of removing the engine in a 2010 Nissan Sentra and we can't get it to come off the transmission we have taken all the bolts off what's going on and how do i get the engine ...

322 views with 3 answers (last answer about a year ago)