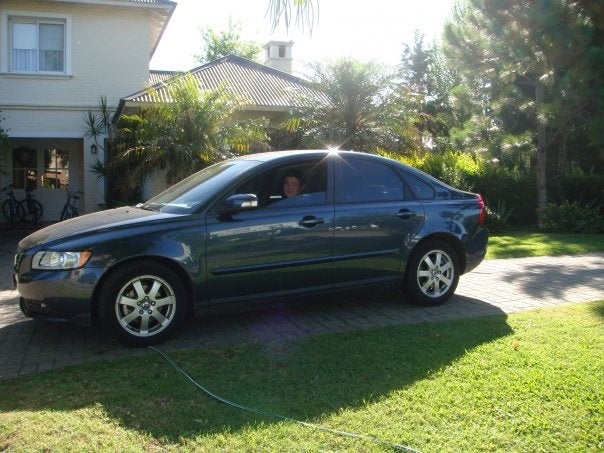 The 2009 S40, Volvo’s four-door, five-passenger sports sedan, returns as a carryover from 2008 in three trims: the 2.4i, T5 R-Design, and the AWD R-Design. There are no major changes slated for the S40 in ’09, but in terms of design, Volvo continues to move away from its boxy past into a more streamlined future. To battle a recent sales slump, the S40 is slightly more expensive, but comes with more standard features, as well as more consolidated options packages. Newly standard are a moonroof and an automatic transmission.

A bevy of safety features comes standard with the S40 to keep you safe on the road. The list includes antilock brakes, electronic skid protection, whiplash reduction, and side impact structural reinforcement, along with dual front airbags and side curtain airbags for both front and rear. The only safety feature that is not standard is bi-xenon, directional headlights, which follow the path of steering to provide enhanced visibility for an additional $800.

The 2008 S40 impressed most critics with its nimble handling on the road and simple but high-quality interior controls. Low marks were given to its cargo space and rear seating room, which don't compare well to other premium compact cars.

30 views with 5 answers (last answer about a year ago)

if you sell a car how do you get paid

It Seems Right After The Mechanic Tighten The Manifold My S40R Volvo Now Se...

It seems right after the mechanic tighten the manifold my s40R volvo now seems to shake underneath. I had my old mechanic to check and he first thought that the flex hose was lose but turned out tha...

Engine ticks when accelerating above 3 grand, and also when slowing down sometimes. the car has 114k and I always keep the oil changed. The last oil change I used some lucas which helped for about 150...