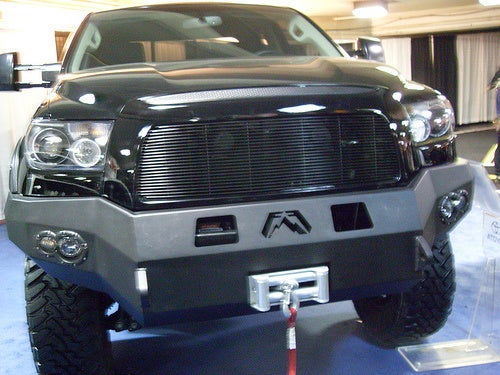 The 2009 Toyota Tundra has power, looks, and reliability on its side.

Poor gas mileage, issues with some interior materials, and a too-large dashboard are among the downsides of the ’09 Tundra.

The 2009 Toyota Tundra pickup is sizable and powerful enough to handle all kinds of heavy work. It’s also a capable off-road vehicle as well. But the Tundra is not a Ford, Chevy, or Dodge, and that remains a big factor in the U.S. market.

Introduced in 1999 to replace the unpopular T-100, the Toyota Tundra, once the runt of the litter, at least in the U.S. market, is, today, all grown up. The 2009 Toyota Tundra reflects all that the venerable Japanese automaker has learned about competing in the U.S. truck market. Brawn, performance, and utility, as well as larger cabs and more cargo-friendly beds, have replaced the pint-size design of the first Tundra.

The ’09 Tundra is available in three trim levels, the base Tundra Grade, SR5, and the top-shelf Limited. The base Toyota Grade trims are available in one of three cab configurations - Regular Cab, Double Cab, and the roomy CrewMax. SR5 and Limited trims are available only with the Double Cab or CrewMax. Additionally, all three trim levels offer a choice of three wheelbases, 126.8 inches for Regular Cab trims, 145.7 inches for long beds, and 164.6 inches for the Double Cab long-bed trims. 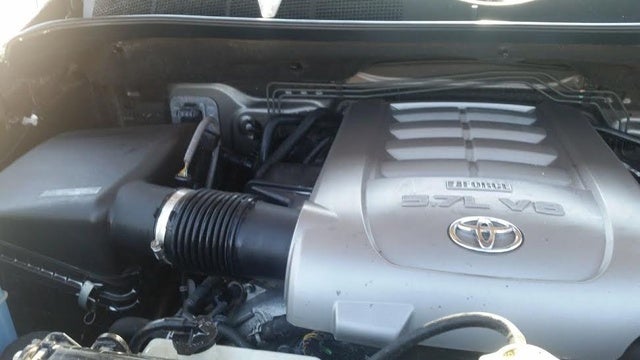 Both of these engines are mated with a five-speed automatic transmission with uphill/downhill shift logic.

Professional reviewers find the two V8s to be potent powerplants, with excellent acceleration. The 5.7-liter is, obviously, by far the stronger of the two and the pick of the litter for serious hauling and towing. Strangely enough, a few reviewers feel that neither V8 is particularly adept when tasked to merge or pass on the open highway.

Most professional reviewers find the ’09 Tundra weighty enough and wide enough to tame most road surfaces. Reviewers did note, however, that the available 20-inch wheels on the Limited trims are uncommonly bouncy on uneven pavement; such was not noticed with the 18-inch wheels. Like most empty pickups, the Tundra has that annoying rear-wheel jitter in hard turns on rough roads. Also, professional reviewers find steering issues and corner lean to be less than ideal with the available 20-inch wheels when compared to the standard 18-inchers.

Virtually all reviewers note that the 2009 Tundra has an extra-large dashboard. Though gauges are noted to be large and easy to read, some audio and climate controls are a stretch for the driver to reach. Interior materials, plastics, especially, are cited by reviewers as sub-par, and as detracting from the overall refinement of the cabin.

Storage is ample in all Tundra’s cab configurations, with the Double and CrewMax configurations being progressively roomier with correspondingly increased cabin storage space.

Standard comfort and convenience features for the base Tundra Grade include six-passenger seating (in Double Cab and CrewMax), tilt-wheel steering, dual-zone air-conditioning, a heavy-duty tow hitch with seven-pin wiring harness, and a single-CD player, with MP3-playback capability and four speakers. The midlevel Tundra SR5 adds such standard features as a tachometer and outside temperature display, telescoping tilt-wheel steering, cruise control with steering wheel-mounted buttons, power windows and doors, heated power exterior mirrors, and a 6-CD/MP3 player with six speakers.

Three TRD Packages are offered with the ’09 Toyota Tundra, including Sport, Off-Road, and Rock Warrior. Each offers upgraded exterior paint and chrome, as well as unique wheels and badges.

The National Highway Transportation Safety Administration (NHTSA) gives the ’09 Tundra four stars for frontal impact testing and three and four stars for rollover testing. The Insurance Institute for Highway Safety gives the Tundra its best rating of Good across the board.

Owners have their issues with the 2009 Tundra, with gas mileage, lackadaisical quality, and some ride and handling complaints topping the list. The fact that the Toyota Tundra isn’t a Ford or a Chevy also disappoints a few owners – though why they didn’t buy a Ford or Chevy seems a mystery. Many owners, in agreement with some professional reviews, mention the oversize dashboard in the ’09 Tundra, as well as substandard plastic surfaces in the cabin.

Owners did find much to laud about the ’09 Tundra, including its styling, excellent visibility to the front and sides, its V8 power, reliability, and quiet comfortable ride. Many owners found the ride in the Tundra to be better than adequate – apparently, a matter of debate - with its tight turning radius helpful in close quarters.

Though there are exceptions, most owners feel they made a wise decision in purchasing the ’09 Toyota Tundra, with one affirming a yearning to just “get in it and drive.”

Users ranked 2009 Toyota Tundra against other cars which they drove/owned. Each ranking was based on 9 categories. Here is the summary of top rankings.

Have you driven a 2009 Toyota Tundra?
Rank This Car

I am shopping for a used truck and was planning on using Autocheck. I have tried to order a report for 2 days now, but the Autocheck website is not working. The VIN is correct and works on CarFax. I...

How Many Miles Will It Go?

Not u joints or drive shaft, any other ideas?

Have an 09 tundra, when shifting under about 45 mph get a vibration, similar feeling to running over a rumble strip, started at about 70000 miles, anyone have any ideas?

We have a Toyota tundra 2009 and out passenger front window will not go up and goes down but not up..all the other windows work fine and lock and unlock can anyone help out plz