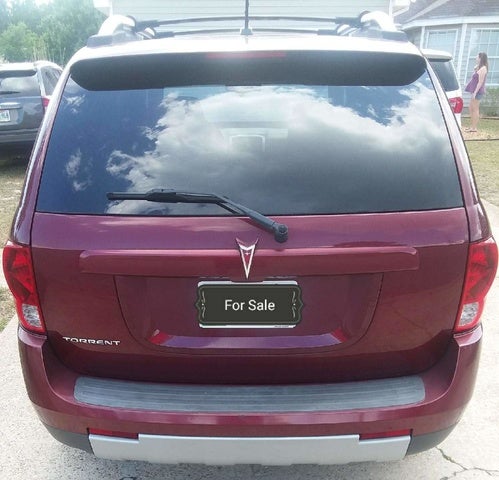 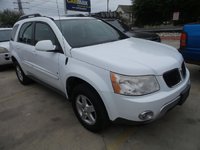 The 2009 Pontiac Torrent is a stylish, safe, and comfortable option in the crossover segment, ready to fill a wide range of duties and needs.

The GXP trim adds little to the '09 Torrent but cost and annoyance with regard to its powertrain, suspension, and overall noisiness, and that’s more than a slight shame.

With plenty to offer in the crossover segment, the Torrent is a welcome member of the Pontiac stable, even if it won’t stick around. Forget the GXP, and rather go for the base model with your choice of options and features, unless the 3.4-liter engine really won’t suit your power needs.

The Pontiac Torrent is a five-passenger midsize crossover derived from the Chevy Equinox. Available in four trim levels across two drive configurations, you can have either the base or the “sportier” GXP trim in front- or all-wheel drive.

As with much of the crossover segment, rumors abound that the Torrent, at least in its current configuration, won’t make it past the end of the decade, if that long. Until then, Pontiac offers a very competent entry in this shaky market.

A 185-hp, 3.4-liter V6 powers the base Torrent through a five-speed automatic, while the GXP, with its sportier aspirations, gets a 264-hp, 3.6-liter V6, six-speed automatic transmission and a sport-tuned suspension. With a maximum towing capacity of 3,500 pounds, the Torrent is available with either front-wheel or all-wheel drive, and both engines call for regular grade gasoline. Special consideration should be paid to the 3.6-liter if towing is your intention, as 250 lb-ft of torque available at 2,300 RPM vs. 210 lb-ft at 3,800 RPM makes quite a difference.

That said, the 3.6 is a rather unrefined engine and particularly noisy at both ends, something that seems to plague the GXP through and through.

Both engines provide adequate power, with the 3.4-liter struggling only slightly when towing close to capacity or passing on a hill, but the 3.6-liter really shines when it comes to power. Unfortunately, the six-speed seems to have some trouble deciding what gear it wants to reside in at highway speeds, something not encountered with the five-speed. EPA estimates are almost identical, with the 3.4-liter gaining only one mpg around town over its big brother - 17/24 mpg versus 16/24.

Pontiac has managed to accomplish something not usually encountered. With the GXP, they’ve isolated all of the negatives of a “sport” suspension, without the burden of any of the positives. Don’t worry, you’ll still feel every bump and ripple through the stiffer springs and low-profile tires, but won’t miss any of the body lean and dead steering you’d normally avoid.

All joking aside, you have to question what Pontiac was thinking. There’s no doubt that its handling is a slight improvement over the base model's, but hardly worth what you’ll sacrifice. Additional grip seems to be the one area where the GXP has really improved over the base, but with the body lean that’s still prevalent, confidence is never high.

As previously mentioned, the GXP additionally suffers from excessive noise, pretty much throughout. The engine is unpleasantly coarse, the exhaust sounds disturbingly hoarse, and the tires produce enough road noise to be heard above both. Some reviewers even mention excessive wind noise, especially around the mirrors, as well as a whistling that seems to come from the same area. In all, it’s enough to pass on the GXP unless you absolutely need the extra power, and for those shopping for a midsize crossover SUV, most won't.

If not exciting to drive, the Torrent is at least comfortable to sit in. Seats both fore and aft provide excellent comfort and support, as well as impressive utility. Head and leg room is also available in abundance, even in the second-row split bench, which can not only slide back for more legroom, but can accommodate up to three child safety seats and can fold forward for additional rear cargo space.

Perhaps the only complaints for the Torrent’s interior would be in cabin storage, hampered by a small center storage console and an inadequate glovebox, as well as the interior material cheapness that has been a point of contention for years, although slightly improved recently. Controls are convenient, intuitive and easy to access and see, something that seems to have been difficult to achieve in the crossover market to date.

One year of OnStar comes with all trims, as well as satellite radio and a navigation system with embedded audio controls. GXP versions additionally come with heated seats and a powered driver’s seat, remote engine start and privacy glass, among other features. However, all of the features that come with the GXP are offered as available options on the base trims, seemingly the better choice.

The Torrent is one of the safest vehicles in its segment, with dual front and side curtain airbags, four-wheel ABS disc brakes, antiskid and traction control systems, as well as daytime running lights and a low tire pressure monitoring system.

NHTSA ratings for the Torrent were top notch, with five stars for both driver and passenger front impact, and four stars for both rollover and rollover resistance. Although figures have not yet been released for side impact, as the 2009 Torrent is a carryover, the 2008's five-star rating can be applied. 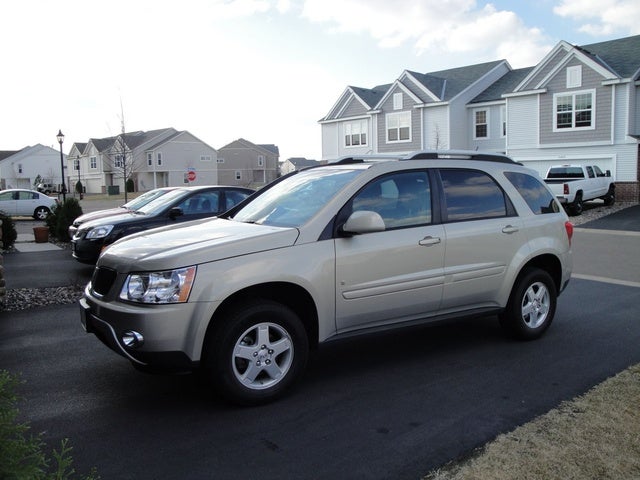 While substantial complaints have surrounded the GXP in almost every category barring interior comfort, the base model has been well-received overall. Some wish for extra power from the 3.4-liter engine, but only when pushing the limits of the vehicle. Many owners have commented on the wide range of available options that allow them to customize the Torrent to their individual tastes and needs.

What's your take on the 2009 Pontiac Torrent?

Have you driven a 2009 Pontiac Torrent?
Rank This Car

When I turn on the ignition a high pitched squeal comes from inside the car, and stays on for about 30 minutes then goes off. What is causing this

How Do You Check The Transmission Fluid In A 2009 Pontiac Torrent Automatic...

When Stopped Or In Hard Engine Seems To Idle High, Then Slows Then High Aga...

ENGINE LIGHT WENT ON MY 2009 TORRENT

HAD A MAJOR RAIN STORM WHILE DRIVING,TO MUCH WATER ON THE STREET .ALL OF A SUDDEN MY ENGINE LIGHT WENT ON ON MY RPM WASNT WORKING ANY MORE.COULDNT DRIVE MORE THAN 30KILOMENTORS

Why Is My 2009 Pontiac Torrent Overheating ?

I have a Pontiac Torrent 2009 it was blowing cold air at idle an overheating. i put in a new thermostat. burped the system, put in new water pump, I now have heat when i drive but still have no heat...