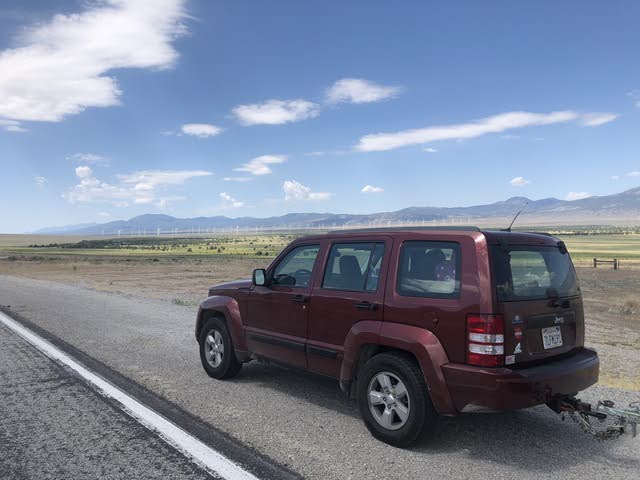 The 2009 Jeep Liberty SUV delivers an improved ride and road feel, thanks to a retuned suspension and updated braking system, and continues to excel as an off-roader, with a choice of two available Trail-Rated four-wheel-drive systems.

Despite its retuned suspension, the Liberty still rides on a truck-like platform, which impacts ease of handling, and the Liberty's cabin and cargo space might seem cramped to some, especially when comparing the Liberty to competing SUVs that offer more spacious interiors. 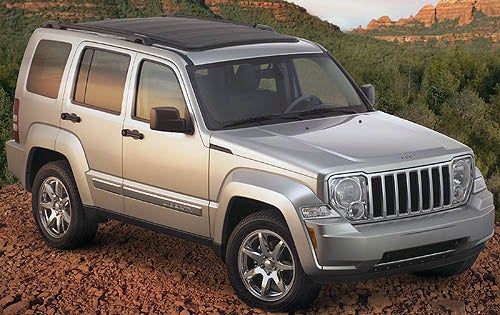 Jeep took much-needed steps to improve the Liberty's ride and handling for 2009, with some success. The compact SUV still has a truck-like feel, however, and seems more at home off-road than on pavement. That said, the Liberty continues to appeal to families who need more cargo space than a typical sedan provides, and its distinctive full-length Sky Slider canvas roof remains an appealing option.

The Jeep Liberty compact SUV receives a retuned, more robust suspension for 2009, as well as a number of interior upgrades. In previous years, drivers and reviewers complained about both the Liberty's exterior appearance and its marginal handling. A full redesign in 2008, which included more masculine exterior styling, solved the appearance problem. The suspension updates for 2009 were designed to improve the Liberty's handling and road feel. In addition, Jeep dropped the Liberty's optional manual transmission for 2009, offering it only with an automatic.

The truck-based Liberty comes in Sport and Limited trims, both powered by the same V6 engine. In addition, both trims come equipped with either rear-wheel drive or one of two available Trail-Rated four-wheel-drive systems. Design-wise, the Liberty fits in well with the automaker's other SUVs and retains many classic Jeep styling cues, including the seven-slot grille, trapezoidal wheel openings, and round headlights. In addition to the revised suspension, the Liberty's braking system was updated, and Jeep added a new Sunburst Orange Pearl color for 2009. 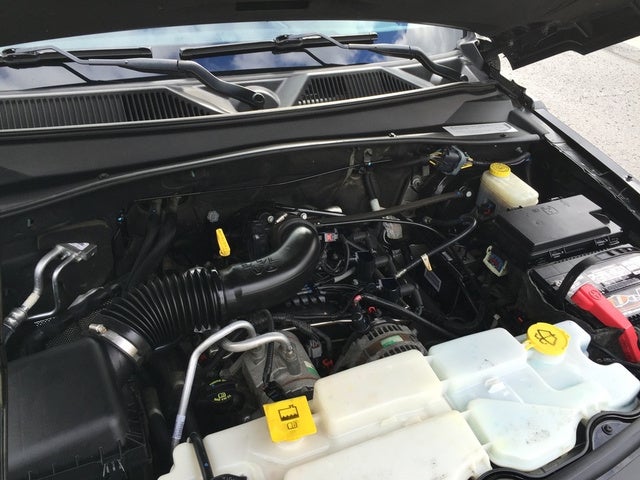 The '09 Liberty's 3.7-liter single-overhead-cam V6 engine carries over from the previous year with no changes. It generates 210 hp and 235 lb-ft of torque. The engine links to a four-speed automatic transmission, which features adaptive electronic control for smooth shifting, according to the automaker. The V6 engine manages 16/22 city/highway mpg.

The Liberty comes with two types of four-wheel-drive system. Both the part-time Command-Trac II, which comes standard on Liberty 4x4s, and the full-time Select-Trac II, available as an option on both trims, feature low-range gearing for off-road performance. The systems also include Hill Descent Control, which reduces brake wear and ensures a smooth, controlled descent on rough or slippery terrain.

When properly equipped, the Liberty can tow up to 5,000 pounds. To reduce noise, improve fuel economy, and improve performance when towing, drivers can push a Tow/Haul button located next to the shifter. In addition, the Liberty's engine comes equipped with an Electronic Throttle Control system, which prevents the pedal from bouncing or "bobbling" when in four-wheel-drive mode and enables drivers to accelerate smoothly over rough terrain.

To improve its ride and handling, the Liberty gets a retuned suspension for 2009, which includes revamped springs, shocks, and antiroll bars, as well as more rigid rear axles, all of which were tuned for optimal balance, handling, and steering control. Jeep also revised the Liberty's brake pedal ratio to improve brake feel, and revised some of the braking system's components.

The Liberty carries up to five passengers in two rows. Most find the SUV's seats comfortable for longer trips, although taller passengers might feel cramped in the backseat. The Liberty offers numerous storage spaces, including a large open bin in the center stack, a roomy glovebox, and a driver's-side storage cubby located below and to the left of the steering wheel. In addition, the Liberty comes equipped with a number of components designed to ensure a quiet ride, including sound insulation around the cabin, extensive body sealing, and carpet underlayments.

The Liberty's simple, functional cabin can feel narrow and cramped for some passengers, though most find the interior space adequate. However, many reviewers are disappointed by the quality of the interior materials. One nifty option many recommend is the retractable Sky Slider canvas roof, which opens nearly the full length of the Liberty and gives the interior a more spacious feel.

In addition to floormats, new features for 2009 include an auto-unlock door feature that operates when the vehicle is turned off, remote express-open front windows for the Limited trim, and a new stain-repellent seat fabric, also for the Limited trim. In addition, the Limited's parking brake, shift knob, and center and door armrests get new leather surfaces with accent stitching.

Other updates for 2009 include the optional UConnect multimedia system, which includes a 30GB hard drive and integrates radio, digital music, wireless cell phones, and a navigation system with real-time traffic.

The 2009 Liberty received a five-star safety rating in front and side impact tests from the National Highway Traffic Safety Administration. However, it achieved only a three-star rating in rollover tests.

Standard safety features include multistage front airbags, side curtain airbags, four-wheel antilock brakes, all-speed traction control, a tire pressure monitoring system, and stability control with rollover mitigation. In addition, both Liberty trims with four-wheel drive come equipped with Hill Assist, which keeps the Liberty from rolling backward when starting from a full stop on an incline.

For the most part, owners give the Jeep Liberty good marks and like its smooth ride, good acceleration, and ease of handling, especially when parking. They also give it good marks for reliability and build quality. Many owners single out the retractable canvas roof as a positive feature and find the cargo space adequate. In addition, most find the Liberty's solid, truck-like feel acceptable, and many comment on the Liberty's quietness. A few owners have reported problems with the Liberty, however, especially with the sunroof, which has leaked and can make the cabin excessively noisy on some vehicles.

Have you driven a 2009 Jeep Liberty?
Rank This Car

Why Would The Reservoir Be Full And The Radiator Low On Fluid?

My 2009 Jeep Liberty wasn't throwing any heat. The answer I got here helped me find out why and the heat is going great. The radiator was low on fluid. Problem is the reservoir was full so I didn't bo...

Hello I live in Wisconsin and it snowed a lot recently and has been in the single digits, anyway im not sure if this has any thing to do with the way my car has starting acting but I thought I'd men...

I Updated The Price, When Will It Showup

2009 Jeep liberty sport . Power locks not working. When I push button inside on the door nothing happens at all. If I use the fab..lights flash and it honks but doesn't lock. Checked fuses..all...