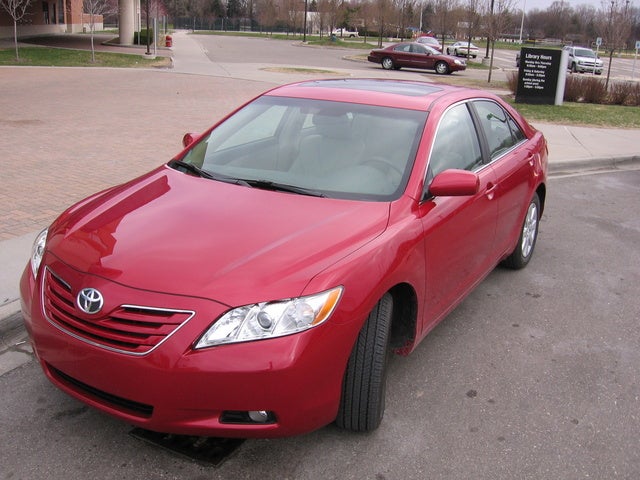 The 2008 Toyota Camry provides a comfortable, roomy, safe, and, at least in four-cylinder form, reliable ride that should hold resale value well, and the Hybrid offers exceptional mileage for a car of its size and comfort level.

Drivers who want an exciting experience behind the wheel or a distinctive look will find the 2008 Camry lackluster, V6 trims may not have typical Toyota reliability, and high-end trims offer less comparable value than low-level ones.

A 2008 Toyota Camry will make a lot of sense to any shopper who considers a car purchase an investment that must be justified and measured in practical terms, particularly if they value ride comfort and quietness and/or hybrid technology. But anyone who considers him- or herself a real driver and wants to enjoy a car investment in more than purely practical ways can find more driving excitement in a number of other midsize sedans.

The best-selling Toyota Camry underwent a dramatic and successful redesign, including the addition of a hybrid trim, in 2007, emerging with a sportier, more-aerodynamic look, a longer wheelbase, and an updated interior. One important note for shoppers is that 2007 Camry V6 trims were the first Camrys in years not to get a strong endorsement from Consumer Reports. While the Hybrid and four-cylinder trims earned high ratings, the magazine rated reliability of the 2007 V6 trims below average and dropped them from its list of recommended vehicles. 2008 Camrys use the same V6 engine. Many reviews also note that the '07 redesign left Camry interiors looking and feeling of lower quality than previous versions.

All 2008 Camrys are four-door, front-wheel-drive midsize sedans. Trims run from the entry-level CE up to the sportier SE, more-luxurious LE, and top-of-the-line XLE versions, including a Hybrid trim and V6-powered versions of the SE, LE, and XLE. Camrys should appeal to anyone interested in a practical, reliable, roomy sedan, offering a wide range of pricing and interior luxuries in its standard four-cylinder trims, a lot more power in its V6s, and very good mileage for a midsize sedan and respectable power in the Hybrid.

All Camrys feature front-wheel drive, with the Camry CE, SE, LE, and XLE trims all getting power from a 2.4-liter, 158-horsepower inline four-cylinder engine that puts out 161 ft-lbs of torque at 4,000 RPM and can be paired with a 5-speed manual or automatic transmission. The four-cylinder is rated at 21/31 mpg with the manual or the automatic and has a maximum towing capacity of 1,000 lbs.

The Camry Hybrid pairs a 2.4-liter, 147-hp inline four-cylinder gas engine with an electric motor that adds 40 hp to overall power and can power the vehicle alone at speeds up to 30 mph. The engine requires no electric charging and uses a continuously variable transmission to earn mileage ratings of 33/34 mpg. Road tests have noted that while speed starts building a little slowly, Hybrid Camrys get from 0 to 60 in 8 to 9 seconds, which isn’t bad given their mileage and comfort level.

All Camrys other than the SE have standard 16-inch alloy wheels with all-season tires and the option to upgrade to 17- or 18-inch wheels. The SE comes standard with 17-inch wheels. 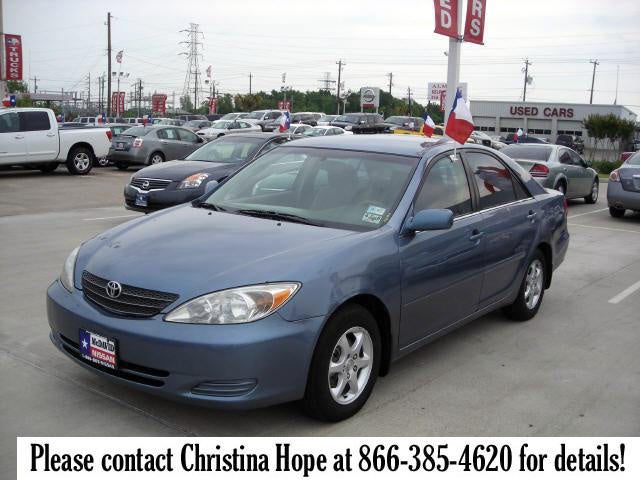 The 2008 Camry continues a model tradition by offering an exceptionally soft, quiet ride that turns driving into a very smooth, easy task without much excitement or feedback. The sporty SE trim is tweaked for extra stiffness, and therefore cushions bumps less well than other trims, but it also offers tighter steering, more road feel, and less body lean. Even that trim is not truly a driver’s car, though.

As far as power is concerned, four-cylinder Camrys are adequate for everyday use, though drivers may wish for more oomph while passing. V6 Camrys have a lot more get up and go while still getting relatively good mileage for their size. Some reviews note that V6 trims are quieter than four-cylinders, except during aggressive acceleration.

Hybrid Camrys share their gas-powered brethren’s very soft, easy, unexciting ride, but add even more quietness, particularly at stoplights, as a result of their hybrid system. They offer noticeably more power than the Prius and strike most reviewers as more comparable to gas-powered sedans than other hybrids from a pick-up perspective.

(CarGurus' observations are based on research done via professional and user reviews available on the web.)

All Camrys seat five in comfort, front and back, and reviews note that even 6-footers will have headroom behind the wheel. Camrys also feature a longer-than-average list of standard features, including power windows, locks, and doors, remote entry, air-conditioning, dual-zone automatic climate control, cruise control, a tachometer, tilt and telescopic steering, cargo-area tiedowns, and a radio and CD player. The cabin includes plenty of cubbies and stowage areas.

All trims above the entry-level CE include a power driver’s seat and optional CD changer, which is standard on the XLE trims. Higher-end trims offer a number of options, including leather seating, heated front seats, a sunroof (standard on the SE, but not available on the four-cylinder XLE), and a navigation system. The Hybrid is equipped very generously, falling between the SE and XLE in terms of standard equipment and options.

CE and LE trims have a split-folding back seat that can add to the trunk’s 15 cubic feet of cargo room. The SE has a stiffening component behind its non-folding rear seat, but does offer a pass-through to its 14.5-cubic-foot trunk. The Hybrid’s battery costs it trunk capacity – it has 10.6 cubic feet of cargo room, but also offers a pass-through. XLE back seats are split 40/20/40 and recline, but do not fold. They include a fold-down center armrest with a pass-through to a 14.5-cubic-foot trunk.

Reviews generally agree that while the interior and controls are well thought out and easily usable, and the cabin offers plenty of room to stow lots of road-going gadgets, the '08 Camry seems to have been assembled and finished with lower-quality materials and less care than past versions. The interior features a lot of plastic, seams and panels don’t fit together as well as they should, and some reviewers observed unpleasant squeaks and rattles inside. This is particularly troubling in higher-end trims, since a nicely equipped XLE V6 can cost $30,000+.

All Camrys have standard front, front-side, and side curtain airbags, as well as a driver’s knee airbag and ABS brakes. Traction and stability control are optional on all trims. The 2008 Camry earned five-star ratings in all government safety tests except rollover resistance, in which it earned a four-star rating. In Insurance Institute tests, it earned the top “Good” rating in 90% of categories, but scored “Marginal,” the institute’s second-lowest rating, in the two rear-impact categories. 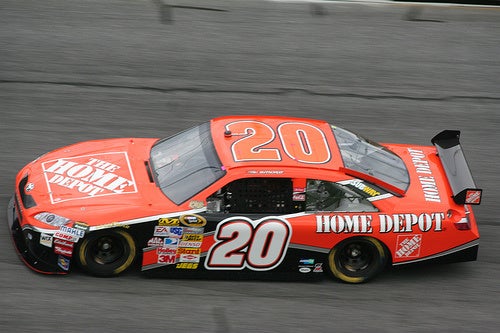 CarGurus users rate the 2008 Camry very highly. The LE trim has received the largest number of reviews and has the highest average ratings. All trims generally get praised for ride comfort, practicality, and reliability, while any complaints seem to center on performance or the car’s weight. The Hybrid’s mileage is a definite crowd-pleaser.

User reviews on other sites tend to be less-strongly positive. We found a glut of reviews that sound like they may have come from a few very young racer wannabes who repeatedly complain of poor performance, hard seats, less-than-stellar interiors, and high prices. A few folks note that new Camry interiors don’t match the quality of older cars and one user notes a significant problem with his automatic transmission that Toyota has not addressed. Some gripe that the Hybrid’s trunk is too small.

Users ranked 2008 Toyota Camry against other cars which they drove/owned. Each ranking was based on 9 categories. Here is the summary of top rankings.

Have you driven a 2008 Toyota Camry?
Rank This Car

I Cannot Figure Out Wiring

First things first...hello, I am new to this so if I posted incorrectly, please forgive me. I did try to research but found nothing. The car is a 2008 Toyota Camry 3.5 V6 purchased second hand. Th...

What Is The Difference Form CE And LE Models?

What are the differnces between CE and LE?

AC Only Blows Cold When Driving. The Moment I Stop At Light Or Stop Sign It...

Condenser fan turns off when vehicle is stationary therefore I believe this is the issue, I don't know what is causing the fan to stop when at idle though.

What Is The Cause Of Very Gas Consumption Of Camry 08