Among compact cars, the 2008 Nissan Sentra blends European style with impressive practicality. And for people who enjoy the journey as much as the destination, the Sentra SE-R and SE-R Spec V are ready to rock on a twisty road. 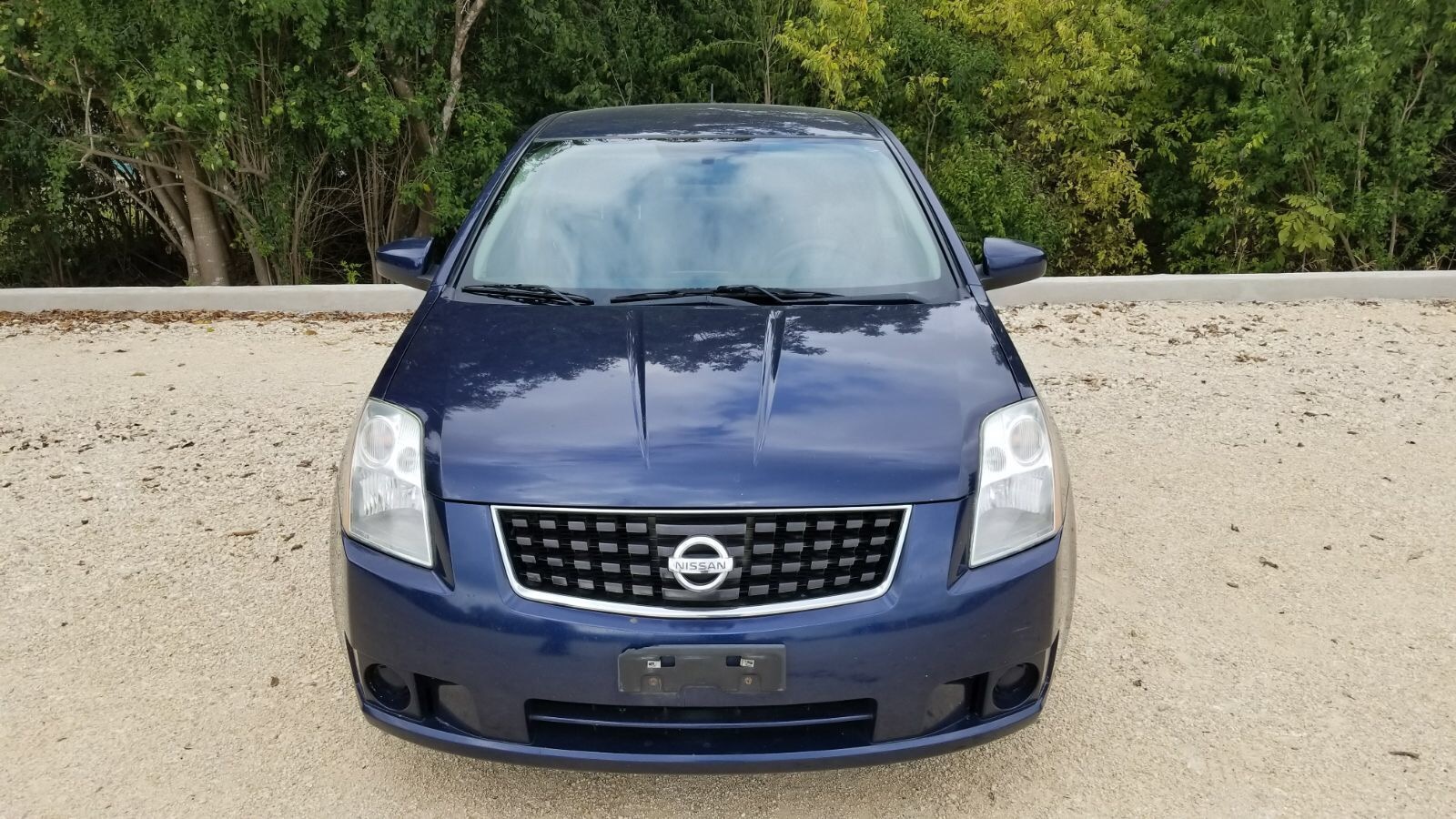 Like other modern Nissans, the 2008 Sentra is a little quirky, but we view that as a good thing. The end result is a compact sedan that looks like nothing else in the segment and stands ready to serve both the basic car buyer and driving enthusiasts on a budget. Trim levels include Base (2.0), S, SL, SE-R, and SE-R Spec V, and following the car’s complete redesign for 2007, few changes are made to the 2008 Sentra. 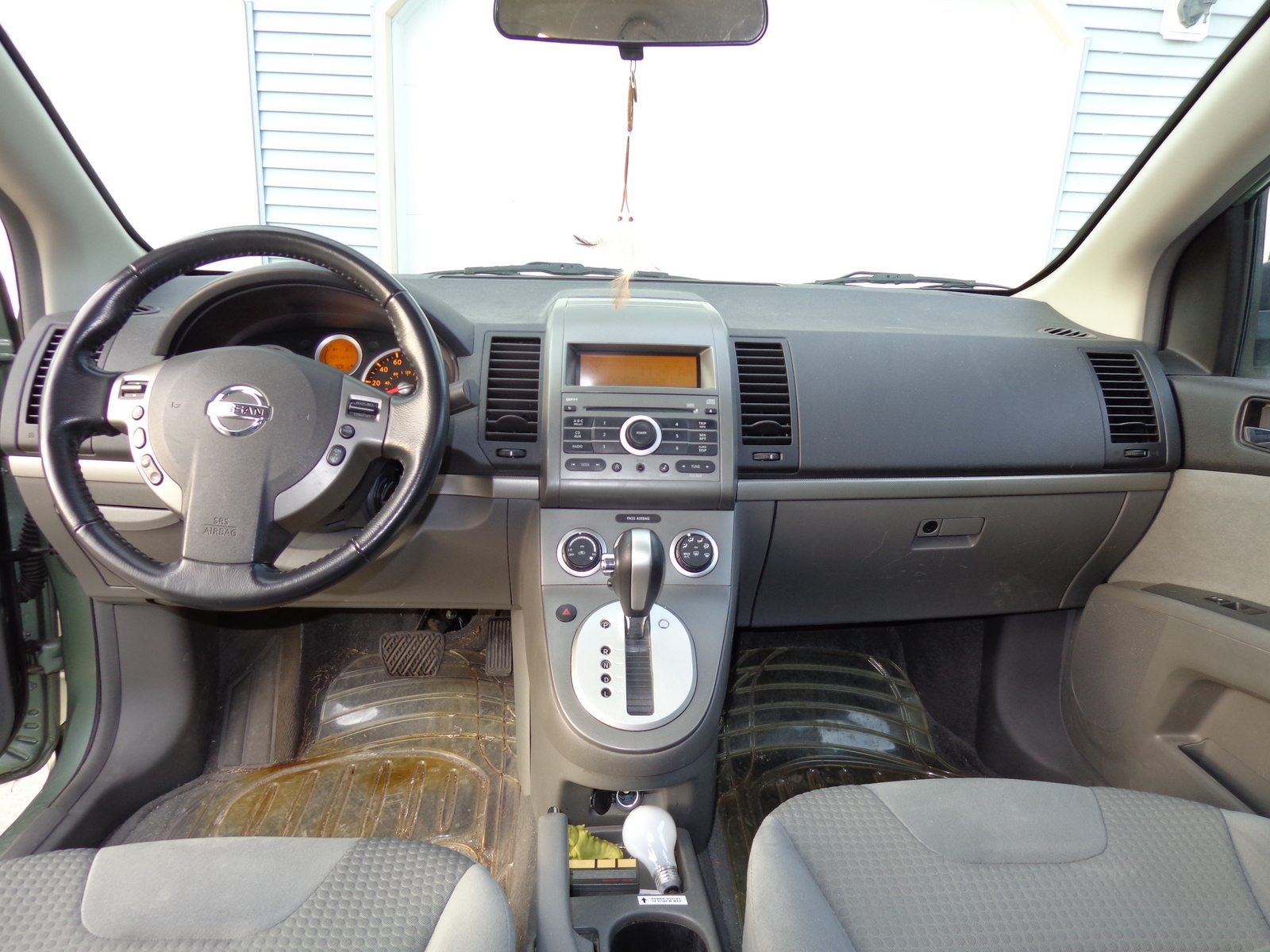 When Nissan redesigned the Sentra for the 2007 model year, the car grew substantially in every direction in order to make it more comfortable and accommodating. The design adopted European sensibilities at the same time, perhaps an influence from Nissan's partner, Renault.

Step inside—which is easy to do since the car sits fairly high off of the ground—and you’ll find tall seat positions and a dashboard that falls away from the windshield for improved visibility. Symmetry and simplicity are the dominant themes; the climate controls and transmission shifter sit on a pod that juts out from below the stereo. 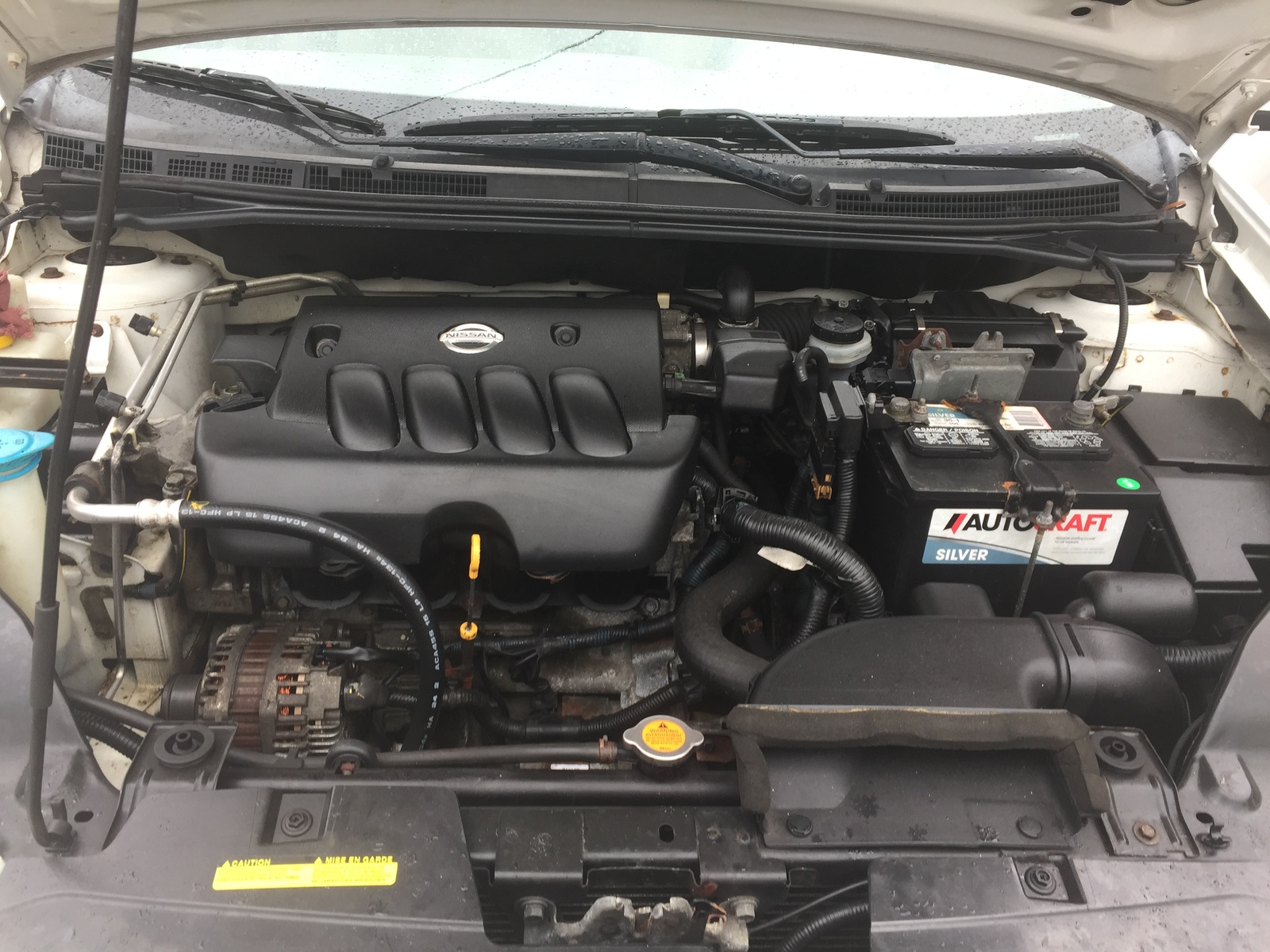 The Sentra 2.0, S, and SL have a 2.0-liter 4-cylinder engine. It makes 140 horsepower and 147 pound-feet of torque, and Nissan claims 90% of the torque is available from just 2,400 rpm. A 6-speed manual gearbox is standard with 2.0 trim, while others have a continuously variable transmission (CVT).

Though the car makes good power, the CVT emits a characteristic drone that can be unpleasant. The torsion-beam rear suspension design and rear drum brakes aren’t doing the Sentra any favors, either, and the 2.0-liter versions have a fairly soft ride and somewhat disconnected and numb electric steering.

If you’re looking for better driving dynamics, check out the Sentra SE-R. It has a 2.5-liter 4-cylinder making 177 hp, 17-inch aluminum wheels wearing all-season performance tires, bigger brakes with rear discs, and sport-tuned steering and suspension. But, it also has a CVT, and while paddle shifters that manually change the transmission’s ratios help a bit, it is ultimately dissatisfying.

That leaves the Sentra SE-R Spec-V as the only potential route to motoring happiness. It has the same engine as the SE-R, tuned to make 200 hp. It comes with only a 6-speed manual transmission and gets structural modifications; performance-tuned steering, brakes and suspension; and high-performance tires. A helical limited-slip differential is an option, and Nissan says the car was tuned on Germany’s Nurburgring racing circuit by the same development driver who is responsible for the Skyline R32. 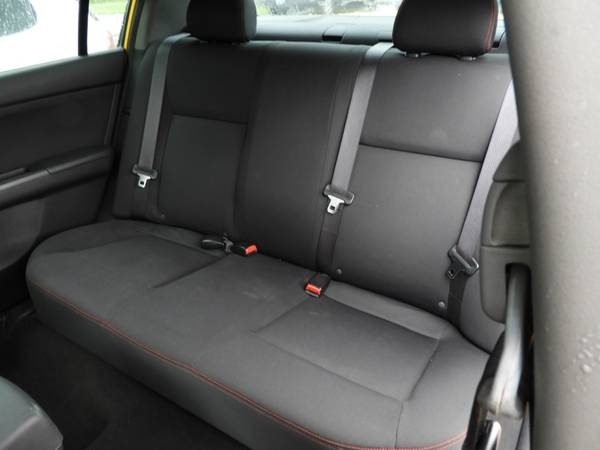 Thanks to its much larger interior, the 2008 Sentra is one of the most comfortable cars in its class. From the ease of entry and exit to seat size and support, the Sentra feels bigger than it is.

When it comes to interior storage, Nissan calls the Sentra a “24-hour mobile knapsack.” Highlights include multiple cubbies and bins, and a glovebox designed to hold an 8” x 11” writing pad. Nissan even includes a cell phone storage area in the center console, and netting on the front seatbacks designed to house passengers’ cell phones.

With 13.1 cubic feet of space, the Sentra’s trunk is a good size. A 60/40 split-folding rear seat folds flat to maximize utility, and as an option, buyers can choose a Divide-N-Hide covered storage compartment and trunk organizer system. 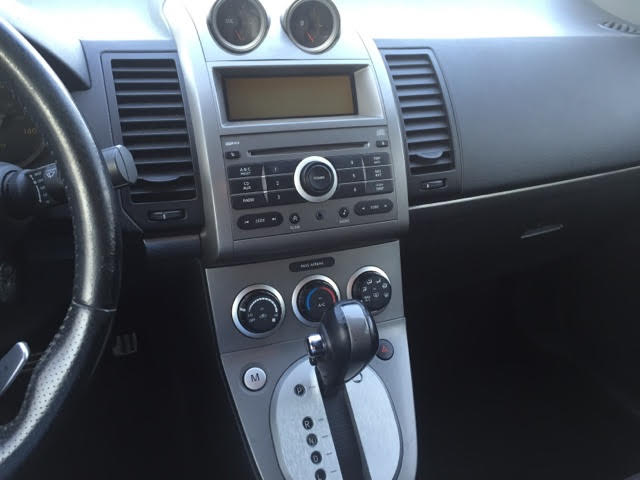 Nissan offers a couple of technology features that remain a rarity in modern compact cars. With SL trim and higher, the Sentra has Bluetooth hands-free calling capability through a paired cell phone as well as an Intelligent Key keyless push-button engine starting system. You simply leave the key fob in your pocket, get in, and start the engine without using the key.

The base stereo system includes a CD and MP3 player and an auxiliary audio input jack for an iPod music player. Move up to S trim, and the Sentra adds cruise control, remote keyless entry, and a trip computer. The Sentra SL has Bluetooth and Intelligent Key, along with satellite radio. The SE-R models also include this same equipment.

Depending on the trim level, Sentra buyers can choose a Rockford Fosgate premium audio system with 6-disc CD changer. 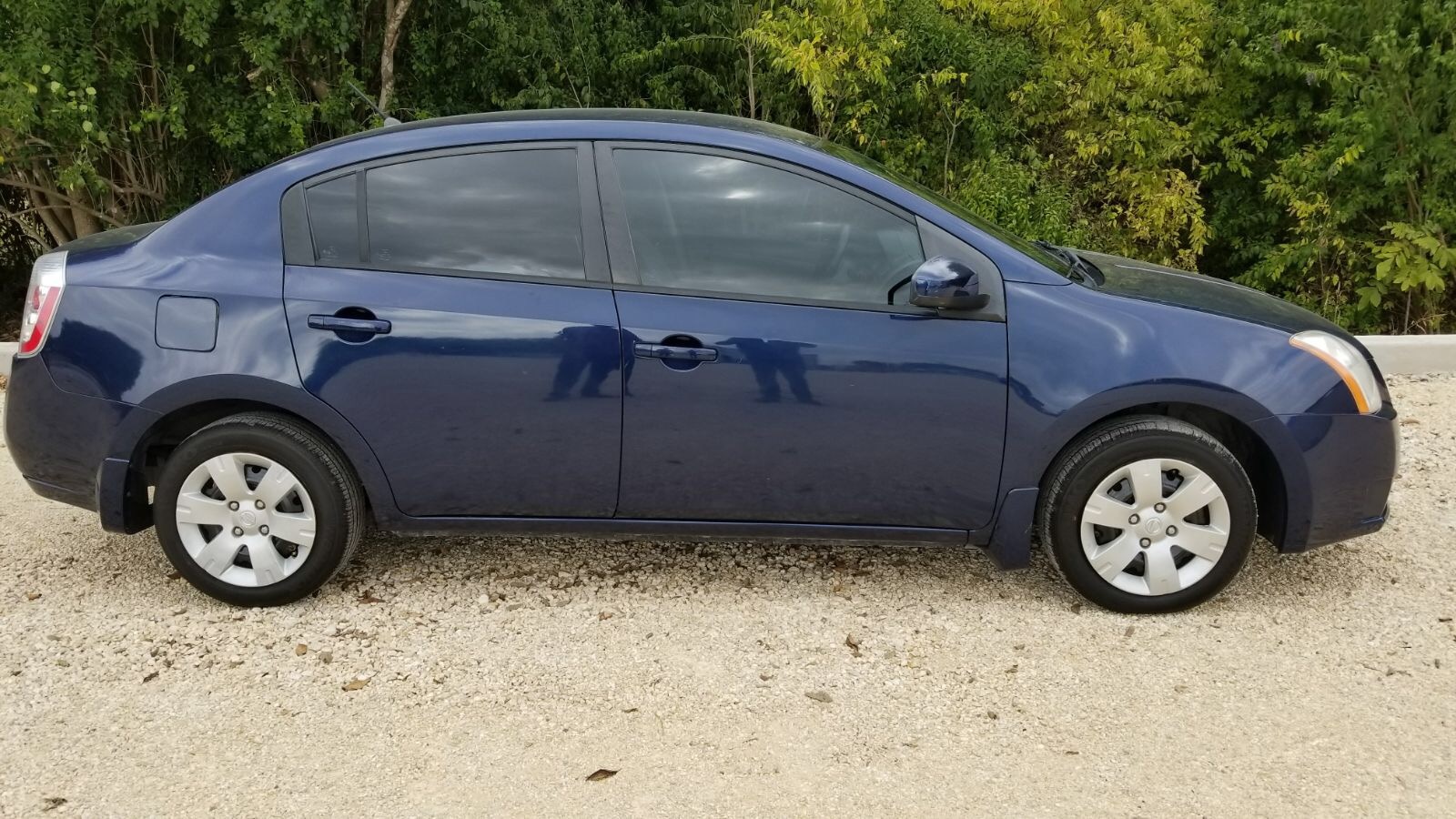 If the Sentra impresses with its technology, it is somewhat lacking in terms of safety systems. Antilock brakes and dual front airbags are standard, with front side-impact and side curtain airbags offered as an option.

In crash testing, however, the 2008 Sentra redeems itself. The National Highway Traffic Safety Administration (NHTSA) gives it a 5-star overall rating when equipped with the side airbags, while the Insurance Institute for Highway Safety (IIHS) assigns a Good rating to all assessments except for roof crush strength, for which the Sentra receives an Acceptable rating. 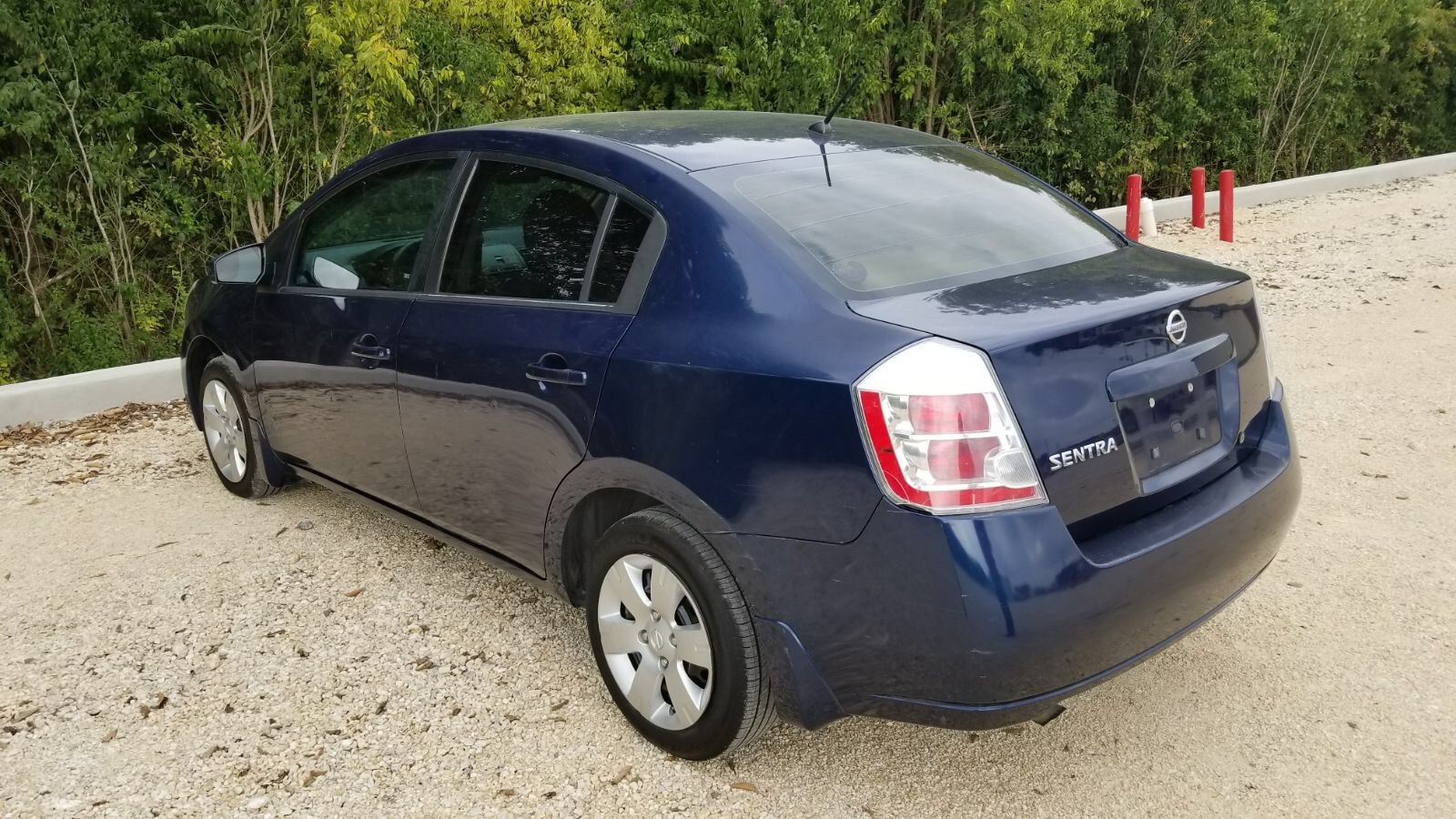 Pricing is on par with primary competitors, ranging from $15,750 to just over $20,000 for the SE-R Spec V. For a compact car, though, fuel economy isn’t great, rating no better than 28 mpg in combined driving. Choose the SE-R Spec V, and you’ll get 24 mpg—and that’s if you don’t use the car in the manner Nissan intends.

There are many things to like about the 2008 Nissan Sentra. From its European styling cues, roomy and attractive cabin, impressive technology and safety, and racy SE-R trim level, it appears to have all of the right ingredients. But widespread use of a CVT and, in the most popular models, fairly remedial engineering solutions make a Sentra less than satisfying to drive.

manuel People think you have the last word in prices. is no good idea.

Users ranked 2008 Nissan Sentra against other cars which they drove/owned. Each ranking was based on 9 categories. Here is the summary of top rankings.

Have you driven a 2008 Nissan Sentra?
Rank This Car

Why Is My Car Stalling And Not Going Anywhere

Mods For My Car

I bought a 2008 Nissan Sentra a few months ago, she is my first car and i want to do tons of stuff to her! Anyone have anything they can suggest? My car is white, I know I want the windows tinted real...

2008 Nissa Sentra Will Crank And Start, But Goes Dead.

So I've bought a 2008 Nissan Sentra with 102K miles on it. I noticed that every morning and any time it sits for a few hours, the car would start, but I would go dead. However, every time this happe...

Ok my gf’s Sentra has lost a lot of power of late. When she tried to bike up speed on the on ramp for the freewya The car barley accelerates. Quick side notes, There’s no engine light, her transmis...

I've a 2007 Nissan Sentra...the transmission oil busted out on the the car and smoke came out while driving in the highway...it made like a whistle sound before busting all the oil...can someone le...