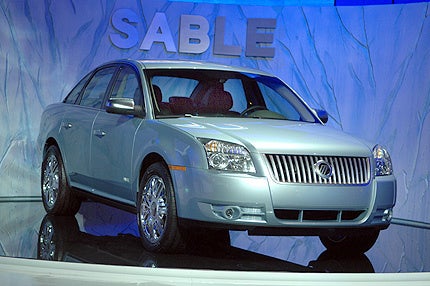 Have you driven a 2008 Mercury Sable?
Rank This Car

I found this car to be extremely subpar and in terrible condition. First, the car looked as though it had been sitting outside in the weather for a long time. Second, the seats were old and very worn.... Read More

It’s a great car with many features and great value I won’t compare it with any models because this vehicle is a one of a kind model and if it’s a luxury vehicle you are looking for that drives great ... Read More

Good Value For Money By Frank

Nice family car and comforting for use with young family members. I had good luck with my previously I owned a Ford Taurus (1997) and passed it on to my daughter in 2005 who drove it about 2 years, ... Read More

Its A Great Car ,cant Find Any Bad Things To Say By Donald

comfotable, great gas mileage ,24-26mpg on the road. for a full size car ..great ..handles good,and digs in good in the winter .overall, the wifes car ,she likes it ,i like it ,we plan on running the ... Read More

There is very little to dislike with a Mercury it is a great Dependabe,Comfortable and good looking auto and gives you everything you want in a full size luxury car that will keep you happy for many y... Read More

I love the fact that it has so much room and it fits 5 and has a lot of trunk space, plus the highway mpg is good 28 and the engine and tranny are good. Low maintenance cost as well. Just the regular ... Read More

Taurus or Sable top models with the larger Duratec motors are awesome. I STILL drive every day a 1999 Ford Taurus with almost 300K and it STILL is a reliable no problems other than normal things car.... Read More

the mercury 2002 sable is definitely a " plus" for ford with its powerful 3 liter v6 motor it ranks up there with any mid-sized sporty car , its wide low profile aluminum wheels and its unique arrow-... Read More 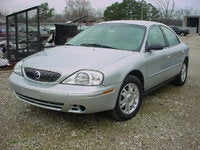