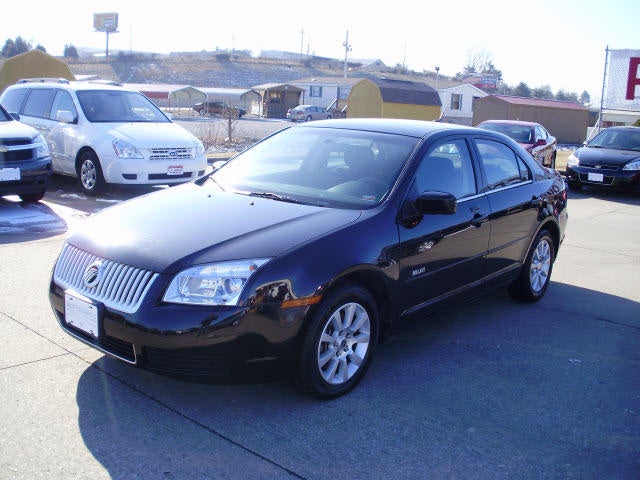 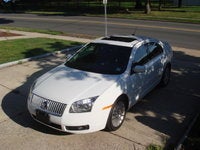 Take the excellent Mazda 6 platform and add Mercury's sense of upscale styling and you have the Mercury Milan. The Milan, Ford Focus, and Lincoln MKZ are siblings, but in terms of sheet metal they only share the doors. In order to set itself further apart, Mercury mixes in its own sense of styling, generous standard equipment features, and upscale appointments.

Two engines are offered, the 2.3-liter 160-hp I4 and the 3.0-liter 221-hp V6. The four cylinder comes with a 5-speed manual or automatic transmission. The V6 pairs only with a Japanese Aisin six-speed automatic, which helps its fuel economy and power output. Both engines run on regular fuel. The I4 achieves 23/31 mpg and the V6 gets 20/28. Most reviewers preferred the latter for its better acceleration, but when pushed there isn't much in reserve. In 2007, an all-wheel drive system was added to the lineup.

The Milan seats four comfortably in a well detailed cabin. The seats are available in leather with contrast stitching and there is a lot of satin-finish and patterned aluminum trim. Or, if you're not into metals, Wales Mahogany comes as a no charge option. The rear seats fold in a 60/40 split opening a large cargo space with the 15.8 cubic feet in the trunk plus 46 cubic feet behind the front seats - those are station wagon proportions. The seats are quite comfortable and roomy. Storage binds are plentiful and include several of those sacred cup holders - one even fits a Big Gulp cup.

The Milan's Mazda 6 platform features a sophisticated suspension system that soaks up the worst bumps, limits body roll, and provides for an overall smooth, quiet ride. Safety standards are high with the Milan receiving the highest individual rating from the Insurance Institute for Highway Safety for frontal and side impact crash testing along with other safety awards.

Have you driven a 2008 Mercury Milan?
Rank This Car

2008 Mercury Milan V 6 Shut Off While Driving Down The Road Now It Starts U...

87 views with 4 answers (last answer about a year ago)

Where do I get the code on the door

713 views with 3 answers (last answer about a year ago)

My old serpentine belt came off and I bought new one from Auto Zone and I've followed diagram given by auto zone and it seems after I put it on all pulleys I have about 5 " of slack left over. ...

How Long Can I Drive On Grinding Brakes?

My car has been making some sort of chopping noise from the rear tires for quite a while, but it's been getting a lot louder lately. The noise happens when I'm driving, slowing down, and when I tu...