The 2008 Infiniti G35 is a sporty but luxurious premium sedan, backed up by good value and attractive styling. 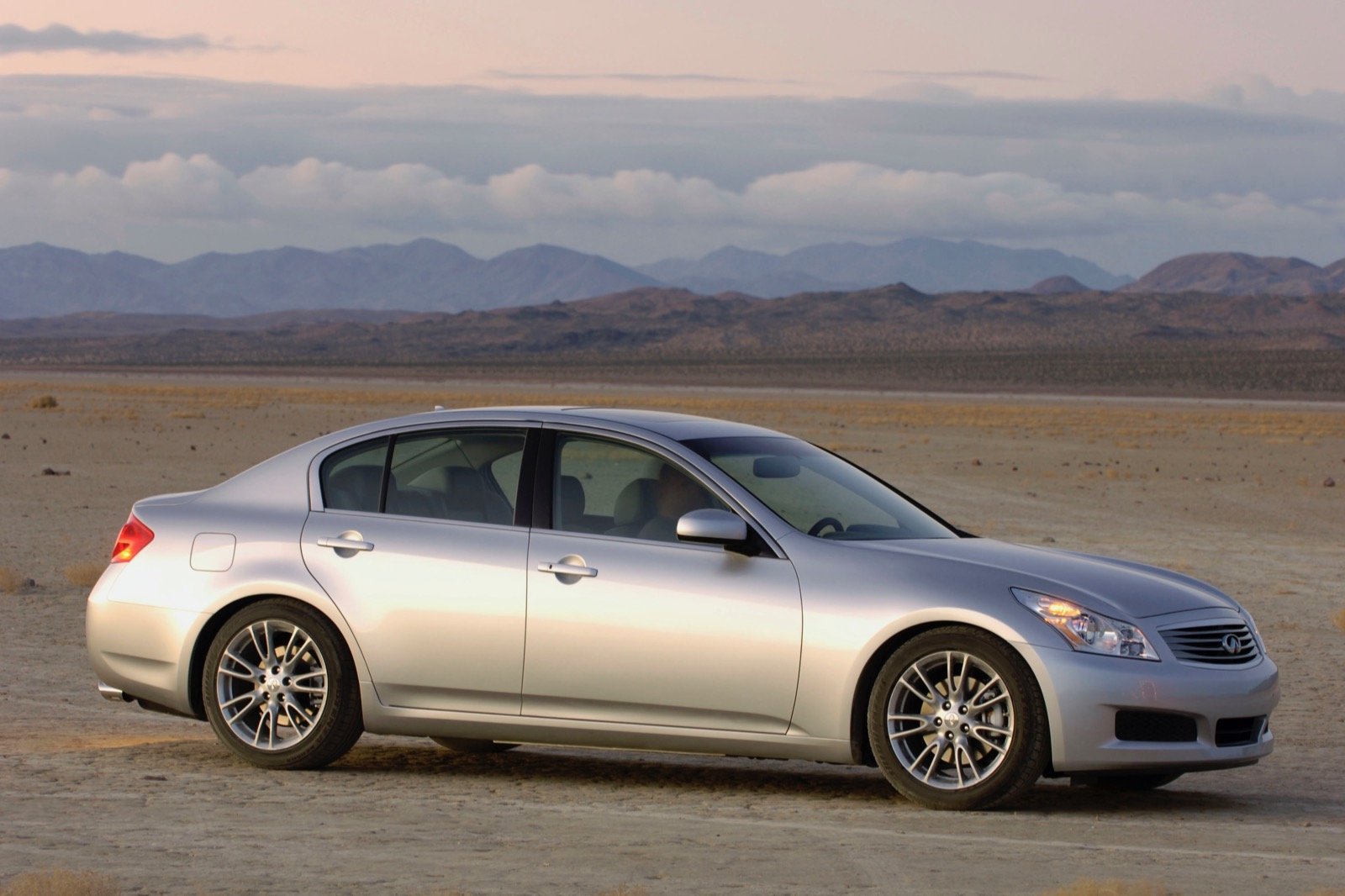 Nissan's premium brand, Infiniti, has long been an also-ran, as Lexus and Acura tend to dominate the conversation in the Japanese premium-vehicle space. The recently-redesigned Infiniti G35 sedan might help Infiniti break free of the others’ shadows, however, because it’s got the performance, standard features, and price to be a real breakout hit.

A major overhaul for the 2007 model year brought a striking new design, an updated engine, and an overhauled interior with upgraded finishes and materials. The G35 is targeted at new-car buyers that want a sporty premium sedan at a reasonable price. It competes with cars from brands such as Audi, Cadillac, BMW, and the aforementioned Acura and Lexus.

The 2008 model is offered in two configurations: A standard rear-wheel-drive model and the all-wheel-drive Infiniti G35x. Both models get a 3.5-liter V6 that produces 306 horsepower, which reaches either the rear or all four wheels through a standard five-speed automatic transmission. A six-speed manual transmission is available for cars equipped with the optional Sport package.

An Infiniti G37 Coupe is offered as well, but has a different engine and is covered separately. 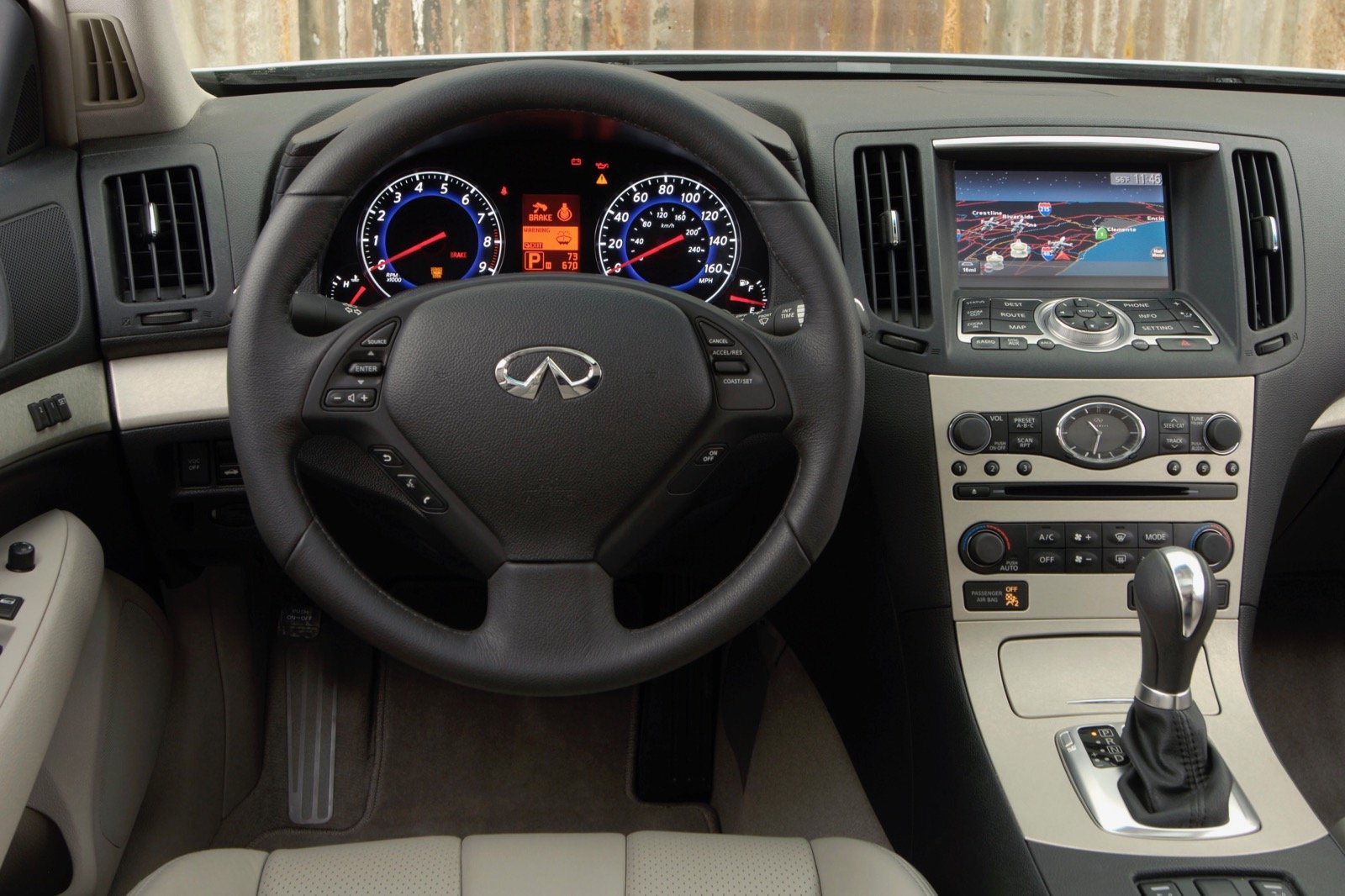 The G35’s 2007-model-year overhaul brought new styling with a cleaner, more muscular look than the car before it. The updates, while significant, were more of an evolution instead of a major step forward. The new design features long lines and dramatic curves that stretch the car’s profile for a dramatic look.

Inside, the G35 is welcoming and cozy, but not cramped. The cabin is sensibly laid out, and though there is a myriad of buttons and controls, it’s all set up to be intuitive and easy to use. The center stack is clean and uncluttered, with a large multi-function knob placed prominently in the middle. Unlike other automakers’ attempts at using “one knob to rule them all,” Infiniti’s execution actually works. 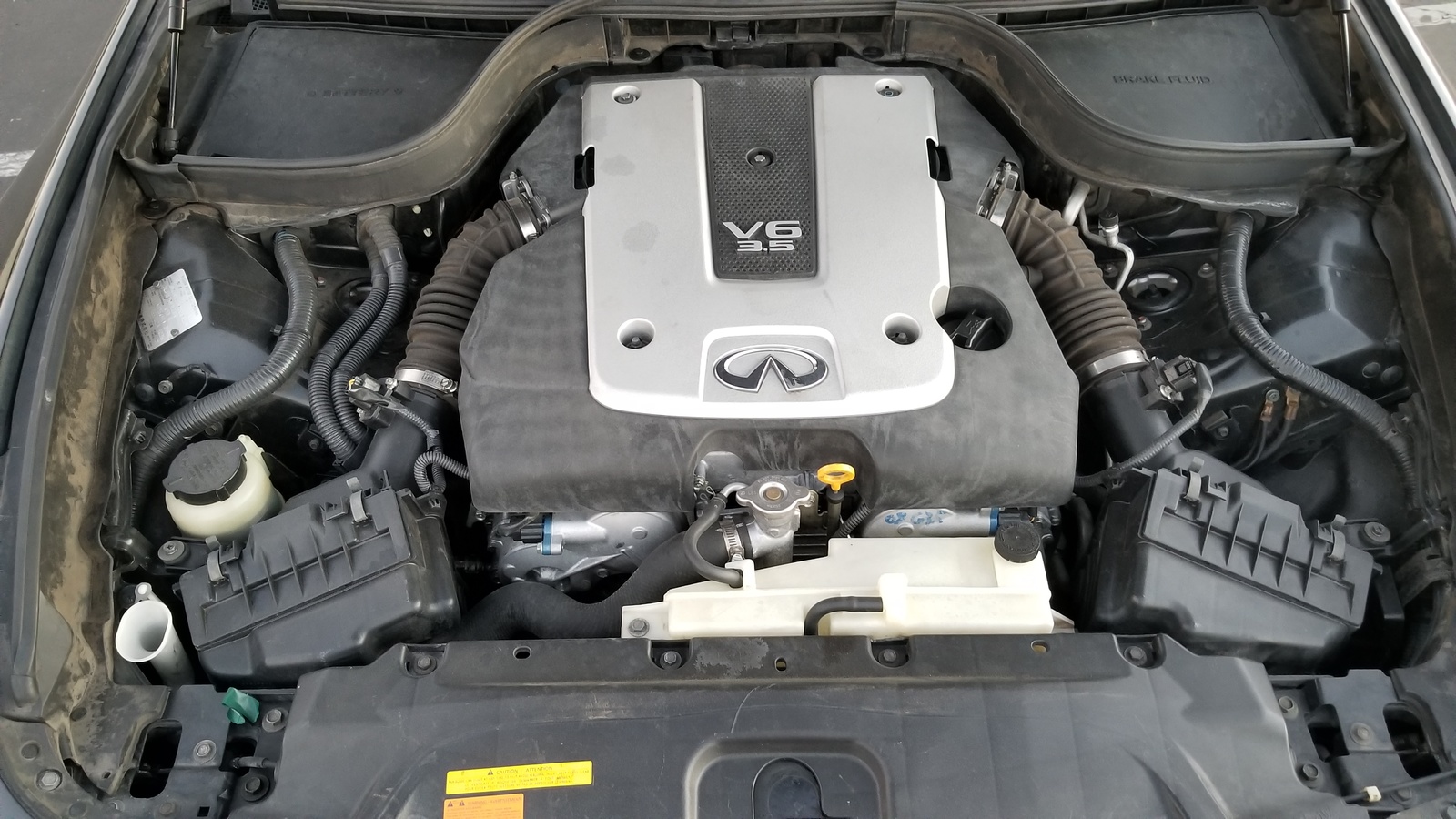 The G35 is every bit a sports car but is capable of being a docile, comfortable, and luxurious people carrier as well. A stab of the throttle awakens the 306-hp 3.5-liter V6 and makes a glorious sound as the engine climbs quickly through its wide powerband. Because it's naturally aspirated, the powerplant can deliver power at low rpm, making it feel lively and quick off the line. The five-speed automatic transmission is responsive and cracks off shifts willingly, and the optional six-speed manual gearbox is tight, precise, and easy to use.

The Infiniti’s ride is comfortable and predictable, and with the Sport model’s four-wheel steering the car holds its own on even the curviest mountain roads. The G’s suspension system keeps it planted and minimizes body roll, but even so, the car manages to remain comfortable and smooth over rough pavement. 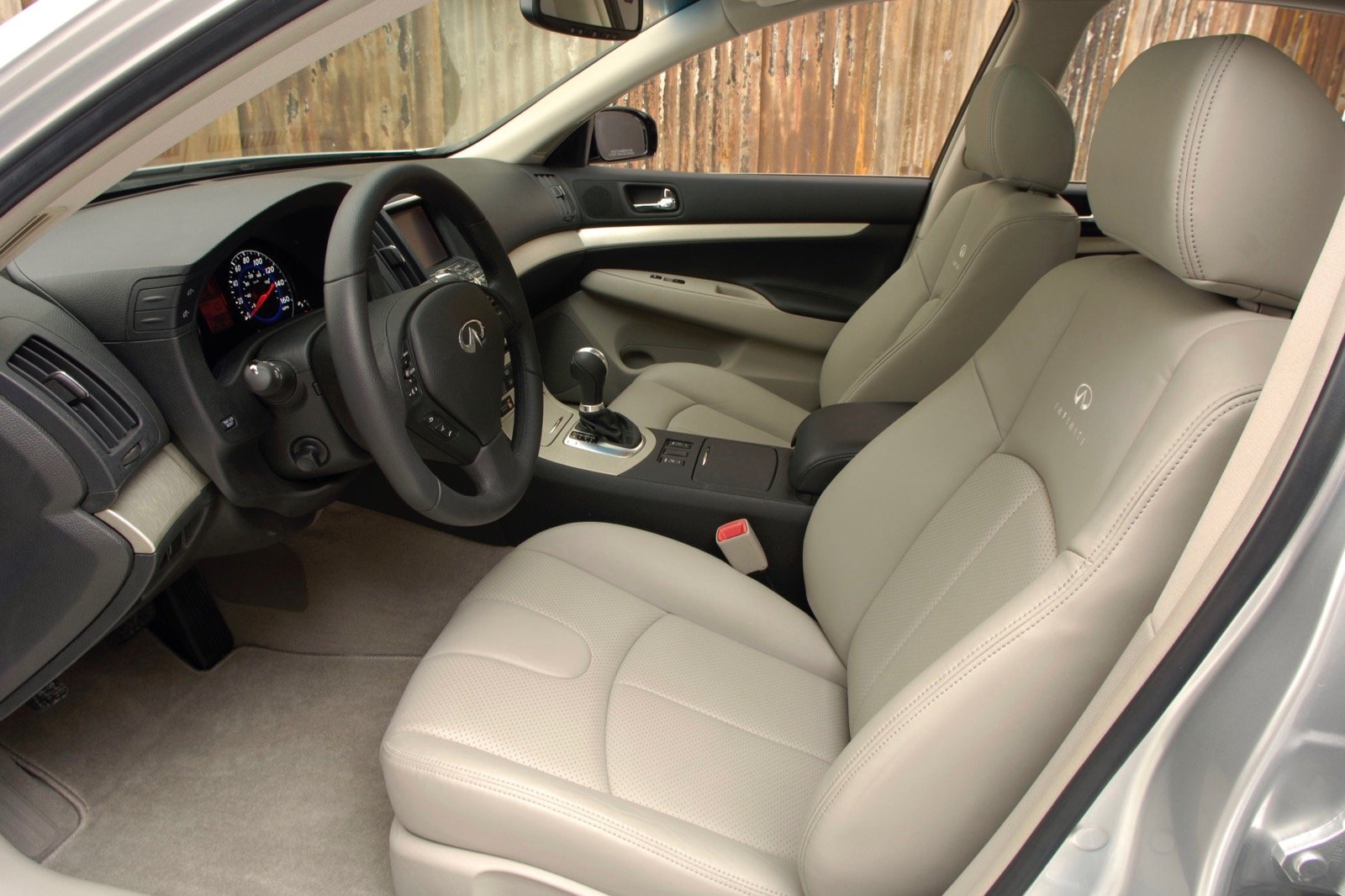 Though it's absolutely a sports sedan, the G35 is more than capable of handling family and road trip duties. The front seats are comfortable and offer a variety of adjustment options to allow for an excellent driving position. Those seats, combined with a steering column that offers an equally high level of adjustment, make it hard to be uncomfortable.

Rear seats are nicely padded and have more support than the typical flat bench seats. The Sport Package’s seats are heavily bolstered and have deep buckets with bigtime thigh supports. They function as advertised, holding the driver’s backside firmly in the seat during a spirited drive, but some may find that they’re a bit cramped, especially for larger drivers. All cars, no matter the trim, have rich, soft, leather seats.

Interior space is in line with the rest of the G35’s class. The back-seat legroom is generous, as is headroom, but the car’s sloping roof makes space tight for taller passengers. Trunk space is also competitive, and it features a large opening with a low load-in height, which makes transporting large, heavy items a breeze. 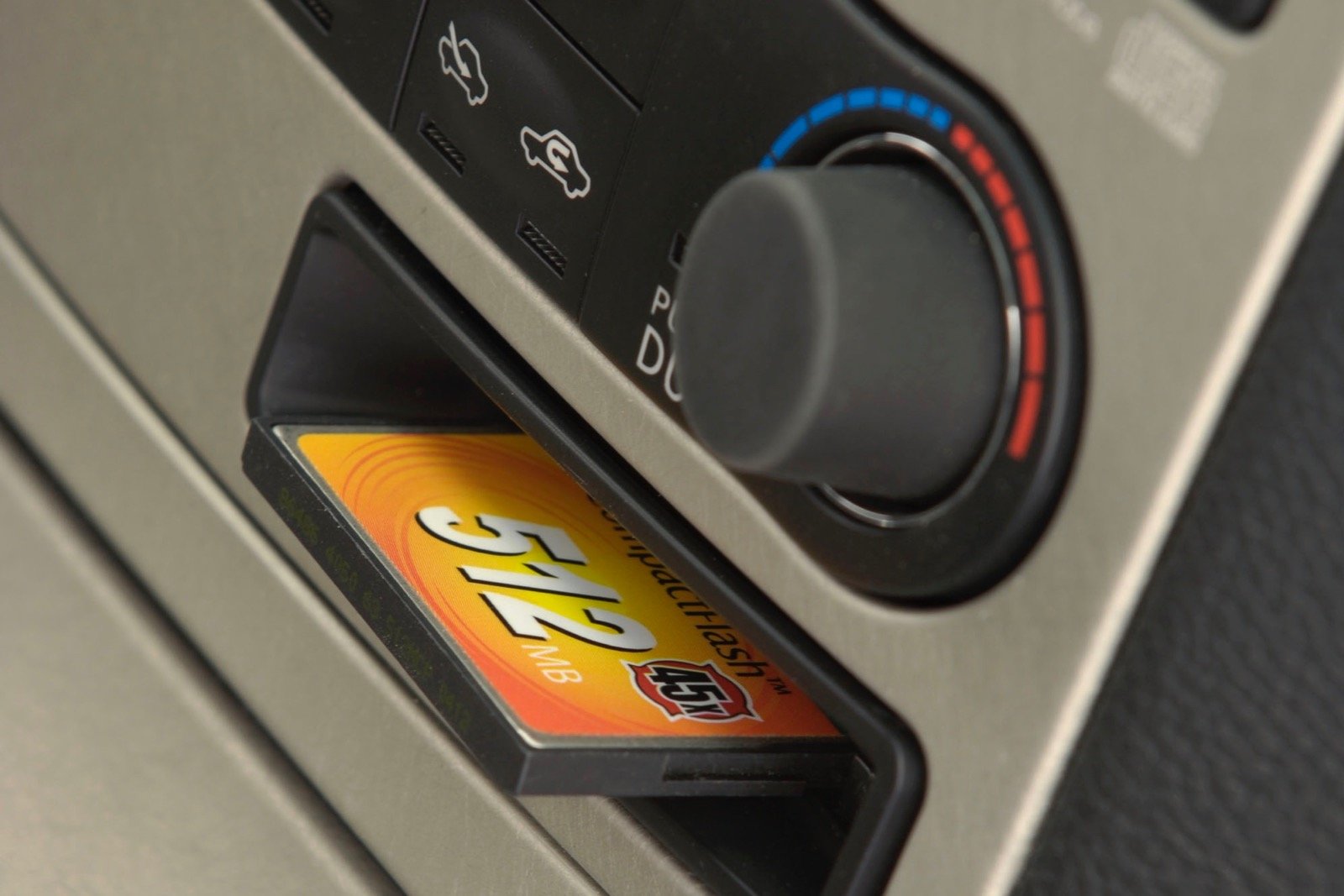 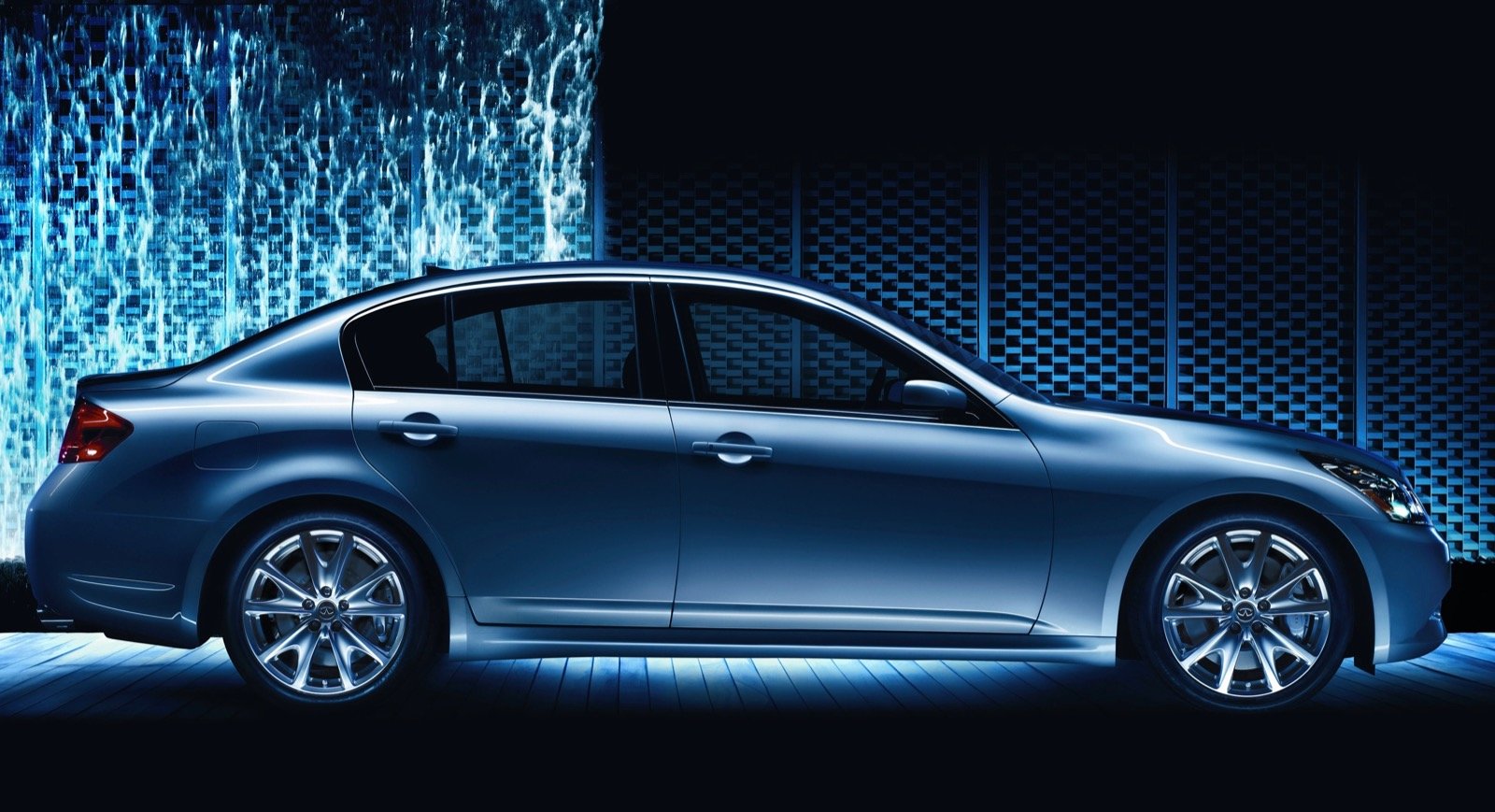 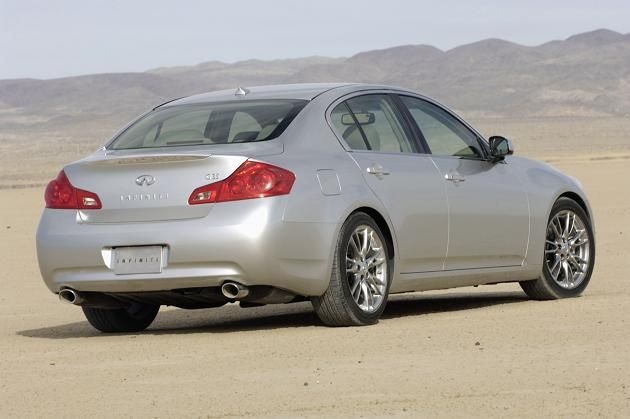 Fuel economy numbers are strong, even with the powerful V6 engine on board. With rear-wheel drive and an automatic transmission, the base car delivers an EPA-estimated fuel economy of 17/24/20 mpg city/hwy/combined. All-wheel drive shifts those numbers to 17/23/19 mpg, and buyers that opt for the range-topping Sport model will see gas mileage of 17/25/20 mpg.

How Do You Know If Its A Problem With The Starter?

I have an 2008 infiniti G35x that will not start. No horn, headlights but inner car lights work. However the battery is good. When you push button to start it just stays stuck in on position and wil...

My battery died. I removed it and had it charged at Auto Zone. They said it was fine. I replaced it and the care started lights on, everything seemed ok. Then I realized that the radio and ac were n...

What Makes The AT Check Light Flash And Shift Into Neutral?

I was driving down the highway. The AT check light flashed n my car went into neutral then back in drive. Now it keeps doing it when i try and drive it.

I have a 2008 infiniti g35, I just replaced the battery and the car still won't start after not being driven for 3-4 days. What could be causing this?

I’ve read so much on this my brain hurts! Here is what happened with my G35x back in Dec. 2018 Before December 2018 The car started stalling occasionally at a very low speed such as driving thro...