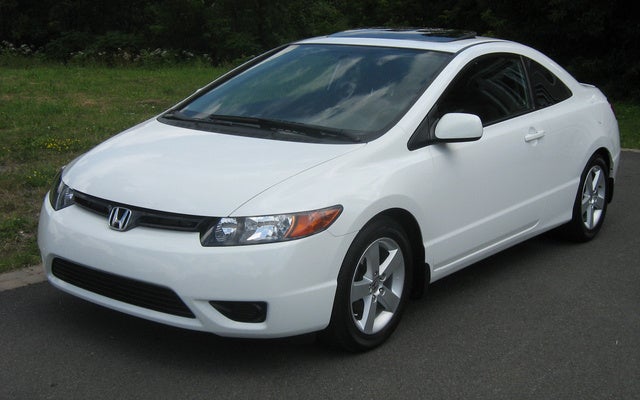 The '08 Civic Coupe features a smaller cabin than the Civic Sedan, which becomes particularly noticeable in the rear seat area, and some drivers have reported having mechanical problems with their Civic Coupes. 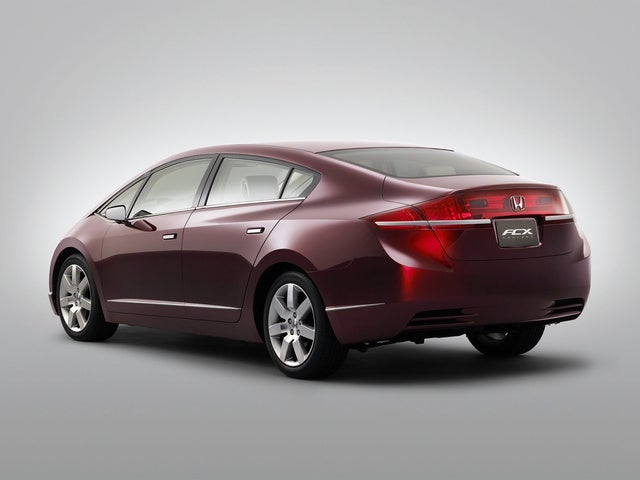 While some competitors, such as the Nissan Altima Coupe and the Toyota Camry Solara, come equipped with more powerful engines, the Civic Coupe continues to appeal to drivers, thanks to its aerodynamic exterior styling, its reputation for quality and economy, and its ability to hold its resale value well in an uncertain automotive market.

Honda adds a new trim to the Civic Coupe lineup for 2008. The upscale EX-L, which comes equipped with leather-trimmed seats, heated exterior mirrors, and heated front seats, joins the existing DX, LX, EX, and Si trims, which carry over from the previous year with few changes. That means the Civic Coupe retains all of the elements that have made it one of the world's most popular compact coupes, including sleek exterior styling, good fuel economy, solid reliability, and a comfortable interior, as well as its ability to hold its value for years to come.

The two-door, front-wheel-drive Civic Coupe last received a redesign in 2006, but it still looks contemporary and doesn't appear dated, at least as far as drivers and reviewers are concerned. A number of design features distinguish the Coupe from the Civic Sedan, including its smaller, sportier body, its lower ground clearance, and its rear spoiler, as well as a roofline that has been lowered by about 3 inches.

Under the hood, however, the Coupe echoes the Sedan. Four-cylinder engines power all Civic Coupes. The Coupe does not come with a V6 option, as does its up-line sibling, the Accord Coupe. However, Honda does offer a number of upscale options for the Civic Coupe, including a satellite-linked navigation system with voice recognition, available on the EX and EX-L trims.

The Civic has established a reputation for its economy, and that holds true for the 2008 Coupe. EPA mileage estimates of up to 36 mpg should appeal to drivers looking for ways to stretch their energy budgets. And with a wide range of trims, the Civic Coupe offers something for just about any economy-minded driver who likes a sleek, sporty ride. 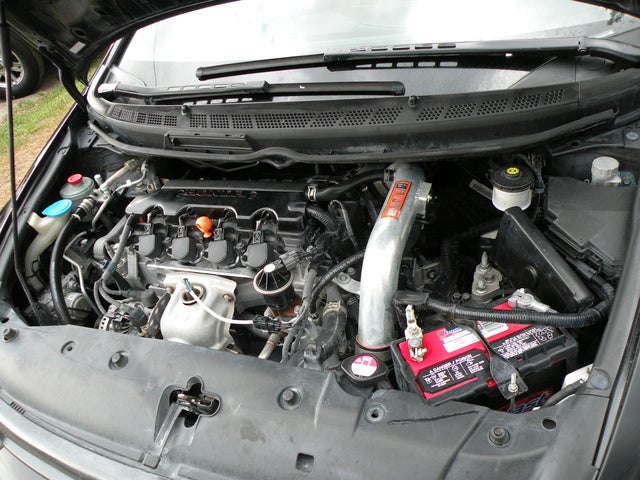 A 1.8-liter, 140-hp i-VTEC four-cylinder engine powers the DX, LX, and EX/EX-L trims. The engine links to a five-speed manual transmission, which comes standard, or an available five-speed automatic transmission. Technologies such as special engine mounts and a newly designed crankshaft help ensure smooth engine operation. Other engine features include multi-point fuel injection, a Direct Ignition system, and a Drive-by-Wire throttle system, which operates electronically using a sensor rather than mechanically. EPA mileage estimates for the standard four-cylinder engine check in at 26/34 mpg with the five-speed manual transmission and 25/36 with the optional automatic. The engine runs on regular unleaded fuel.

The more powerful Civic Si Coupe comes equipped with a 2.0-liter, dual-overhead-cam K20Z3 four-cylinder engine that produces 197 horsepower and 139 ft-lbs of torque at 6,100 RPM. Features such as variable valve timing, a cold-air intake, and a high-flow, low-heat exhaust manifold result in a quieter exhaust note at cruising speeds but a full, throaty sound under aggressive acceleration. The engine links to a close-ratio six-speed manual transmission, which is the only transmission available on the Si. 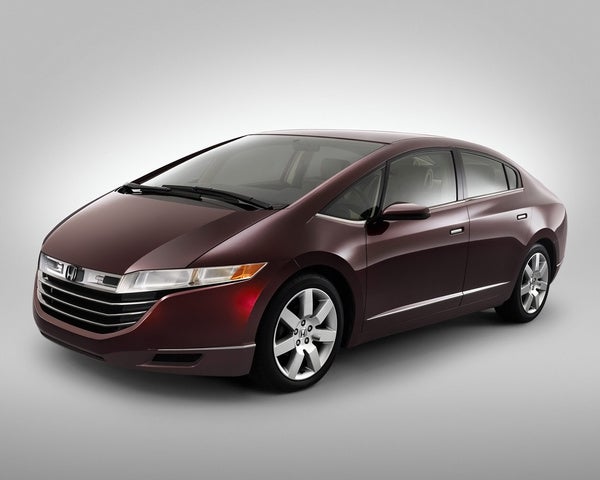 Reviewers note that while the Civic Coupe, with its 140-horsepower four-cylinder engine, won't break any records for acceleration, it performs ably in the mid-range (at speeds of 25 to 65 miles per hour). In addition, it responds well when the driver steps on the gas pedal, and CarGurus drivers note the Coupe has a lot of "kick" to it. For the most part, the Civic Coupe manages the right mix of performance and fuel economy, according to drivers and reviewers.

Despite its lower stance, the Coupe borrows its underpinnings from the Civic Sedan. A MacPherson strut front suspension and multi-link rear suspension, along with power-assisted rack-and-pinion steering, ensure agility over the road, while power-assisted ventilated disc brakes in the front and solid disc brakes in the rear provide plenty of braking power. Overall, the Civic Coupe offers responsive handling and a smooth, stable ride, even over rough roads. In addition, it maintains good balance in tight curves, thanks in part to unit-body (single-structure) construction, which results in a lighter, more rigid body.

Road noise remains one of the Civic Coupes's few drawbacks, but for most drivers this doesn't seem to be a problem or too distracting. The DX trim rides on 15-inch wheels, while the LX and EX trims upgrade to 16-inch wheels. For the Si Coupe, wheel size increases to 17 inches. 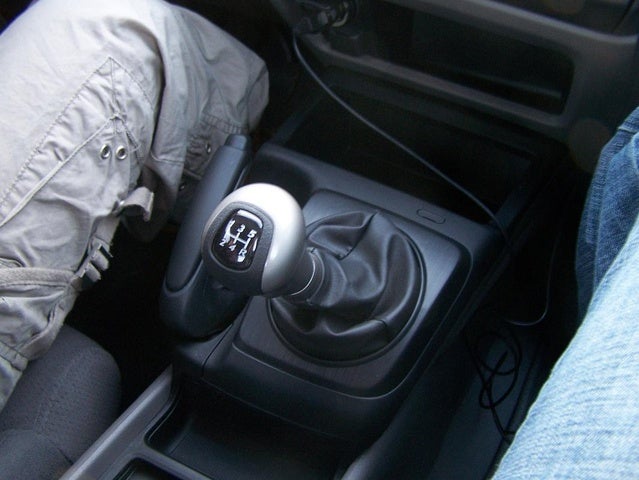 While the new EX-L trim ventures into luxury territory with its leather-trimmed seating, the rest of the Civic Coupe trims offer comfortable and functional interiors, though without many high-end bells and whistles. The standard equipment list for all trims includes seating for five, power windows, a tilt-telescopic steering wheel, blue backlit gauges, and a two-tier instrument panel, which places the speedometer in the driver's line of sight when viewing the road ahead. The LX adds power door locks, cruise control, steering-wheel-mounted controls, air conditioning with air infiltration, a center console with storage, a security system with remote entry, and a six-speaker, 160-watt audio system with a CD player and MP3 capability. The EX and EX-L add a one-touch power moonroof, heated exterior mirrors, chrome exhaust tips, and a seven-speaker, 350-watt audio system with a subwoofer.

In keeping with the Coupe's sportier, sleeker design, its cabin has been tightened by about 7 cubic feet compared to the Civic Sedan. Most of that room has been removed from the rear seat area, resulting in less legroom. But trunk space has been reduced by only about half a cubic foot, so drivers won't notice any appreciable difference there. Drivers and reviewers find the Coupe's standard fabric seats to be comfortable, though lacking in any real support for aggressive cornering. However, the seats can be manually adjusted to make just about any driver comfortable. Some note the lack of a 60/40-split fold-down rear seat in the DX and LX trims, a feature that typically comes standard in cars of this class. 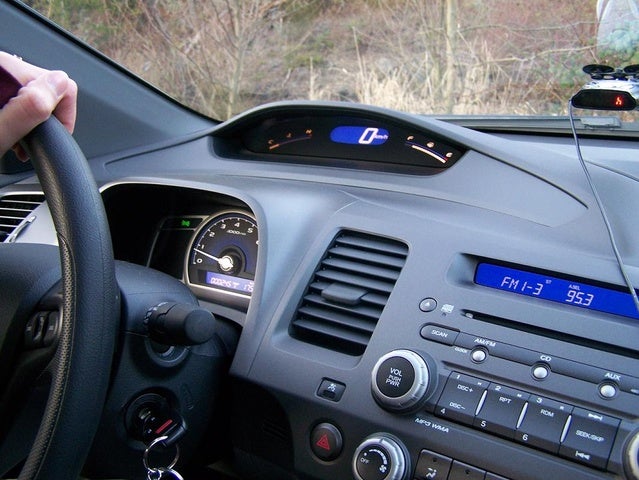 The '08 Civic Coupe features an Advanced Compatibility Engineering (ACE) body structure, which absorbs and disperses crash energy in collisions with vehicles of differing sizes, protecting the occupants. All Civics have a full range of airbags, including dual-stage front airbags and side curtain airbags, as well as standard ABS with Electronic Brake Distribution, which distributes braking force depending on how the vehicle is loaded. Only the Si Coupe trim comes equipped with a Vehicle Stability Assist system with traction control as a standard feature.

When rating the Civic's crashworthiness, the Insurance Institute for Highway Safety gave the vehicle "Good" marks (the highest available) across the board, which means the Civic does a good job of protecting occupants from head/neck, chest, foot, and other types of injuries in the event of an accident. However, the National Highway Traffic Safety Institute gave the Civic only four stars (out of five) in protecting the driver during a side-impact crash. For front-impact crashes, however, the Civic earned five stars across the board. 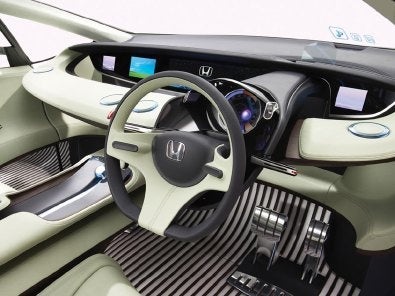 The '08 Civic Coupe meets or exceeds the expectations of most drivers, and many give it top marks in number of areas. Reliability, fuel economy, and value are the reasons most cited by drivers for their high marks, but many note they also like the Coupe's overall design, handling, and peppy performance. Many like the car's sporty feel and find it easy to get comfortable in the seats and behind the wheel. Drivers find the Coupe responsive and nimble over the road, and many like the upgrades in the higher-end trims. Most drivers like the two-tier instrument panel, although for some it takes time to get used to. Some note that while the Coupe isn't as quick as some of its competitors, performance is adequate for their needs. On the downside, despite having a reputation for quality and reliability, a number of drivers have reported having mechanical problems with their Coupes, although the majority of drivers indicate their cars have been trouble-free.

CarGurus drivers also like the Coupe's sporty appearance, and give good marks to its peppy performance and fuel economy. Several drivers have a particular affinity for the engine's throaty exhaust note, although some find fault with the car's steering. Some drivers have problems with the Coupe's low ground clearance, particularly at the front end. While some find the interior to be far from fancy, others find it functional and more than adequate. Even the standard audio system gets good marks from drivers.

What's your take on the 2008 Honda Civic Coupe?

Users ranked 2008 Honda Civic Coupe against other cars which they drove/owned. Each ranking was based on 9 categories. Here is the summary of top rankings.

Have you driven a 2008 Honda Civic Coupe?
Rank This Car

Honda Civic Passenger Window Goes Down But Not Up

I have a 2008 Honda Civic. The passenger window and rear passenger window will go down with out any issues but will not go up. I hat hit the door panel a couple times and it will go up without any ...

Reposting An Expired SELL MY CAR

How can I repost the exact listing that I had in February, as I want to try and sell the car again

I Have A 2008 Honda Civic Cope And Recently My Air Stop Working Completely ...

I have a 2008 Honda Civic, the last couple months my ac was turning from cold air to hot air then back to cold, now when i start the car its cold and within 10 min its back to hot and doesnt turn co...

Ran over a large deer carcass on Interstate 70 and a black hard plastic something underneath my rear drivers side is just hanging and dragging as I drive can I still drive my car with this draggi...