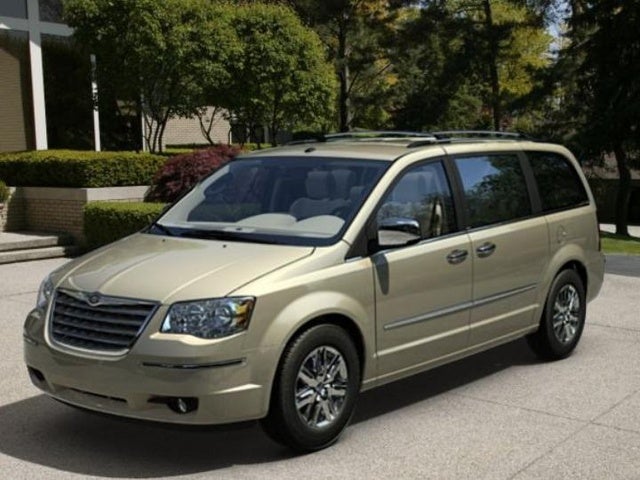 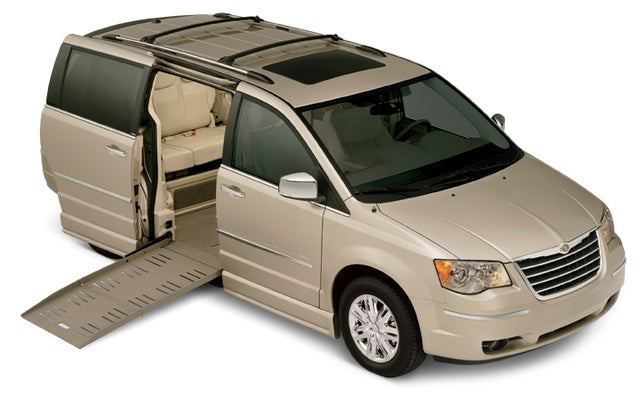 You'd be hard-pressed to find a vehicle that offers more interior storage space, entertainment options, and family-oriented features than the 2008 Town and Country, and that's just the way Chrysler likes it. While the 2008 Town and Country received some exterior updates, such as a new grille and cleaner, more contemporary lines, drivers don't buy this functional minivan for its good looks. They buy it to transport Mom, Dad, the kids, the pets, friends, family, and all their associated gear to wherever they need to go. And Chrysler has responded for 2008 by adding even more features and options that make the Town and Country one of the best equipped and most functional minivans available today.

One of the Town and Country's new optional features is Swivel 'n' Go seating, which enables passengers to swivel the second-row captain's chairs 180 degrees to face the third-row seat, so kids can talk and play games on the removable table included with the Swivel 'n' Go option. Other seating options include the Town and Country's popular Stow 'n' Go seating and a third-row power-folding seat, giving drivers a number of available seating configurations.

The Town and Country also comes equipped with a wide range of storage bins and map pockets, including storage space in the sliding side doors. Drivers who require even more space can opt for the three-part premium center console with a sliding upper tray, and they can even add an umbrella holder to the equipment list.

In a nod to eco-friendly drivers, the Town and Country comes with a 175-horsepower, 3.3-liter six-cylinder engine with FlexFuel capability, so it can accept E85 gasoline, a blend of 85 percent Ethanol and 15 percent unleaded gas. Drivers can also choose from a 197-horsepower 3.8-liter V6 or a 240-horsepower 4.0-liter V6. The 3.3-liter engine links to a four-speed automatic transmission, while the other engines link to a six-speed automatic.

Users ranked 2008 Chrysler Town & Country against other cars which they drove/owned. Each ranking was based on 9 categories. Here is the summary of top rankings.

Have you driven a 2008 Chrysler Town & Country?
Rank This Car

I am having problems starting my van when the engine is hot. It cranks however it does not start. After cooling down for 30 - 45 min. it works OK> Everything seems to be OK wants it starts. I had...

Can I Put The Engine From My 2001 Dodge Dakota Into My Chrysler Minivan?

Can I put the engine from my 2001 dodge Dakota into my Chrysler minivan?

Why Won't This Thing Start?

4.0 engine coughs, sputters, backfires when starting. Once running, it runs and accelerates fine, even at high throttle settings. Was giving codes for Cam position sensor, Crank position sensor an...

The windshield wipers came on on their own and won't turn off, I replaced the fuse and it didn't help. If I remove the fuse it stops but I can't use the wipers. Would replacing the actual motor sol...