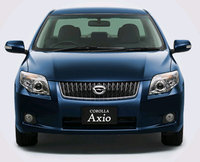 The Corolla is the ultimate form of affordable, sensible daily transportation (even if it is bland at times). 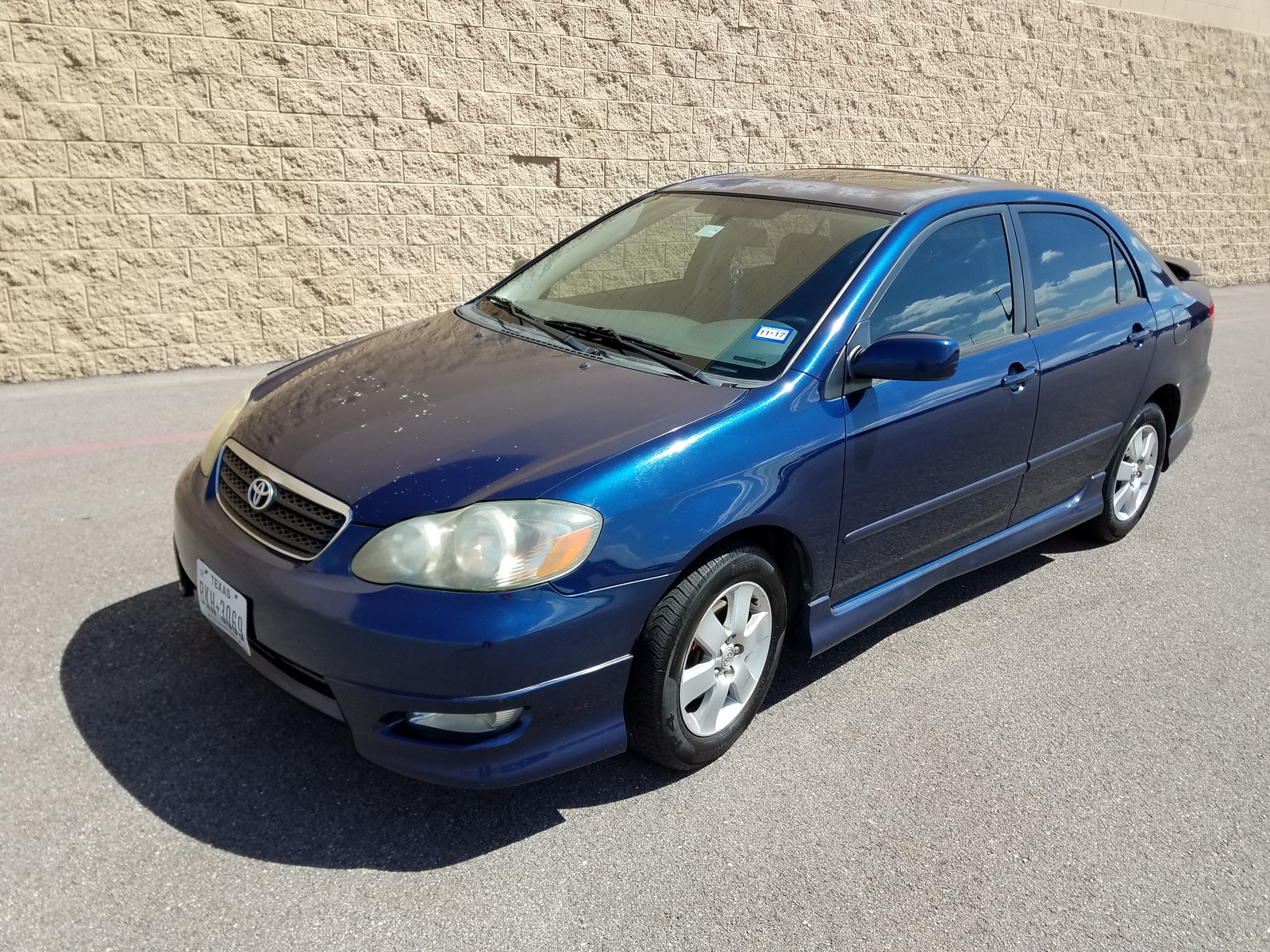 The Toyota Corolla is the best selling car of all time. That’s a fact. And there’s a good reason for its success. The Corolla delivers no-fuss, reliable motoring. When you need a car that can get you to work for years and without incident, the Corolla delivers.

The 2007 Toyota Corolla is one of the final years of the 9th generation, which started in 2002 for the 2003 model year. As such, it’s a bit dated for the time, but that has not stopped the Corolla from being a sales success. Rivals like the Honda Civic punch above its proverbial weight, but Toyota knows why shoppers come to the compact sedan market: for reliable, economical transportation. 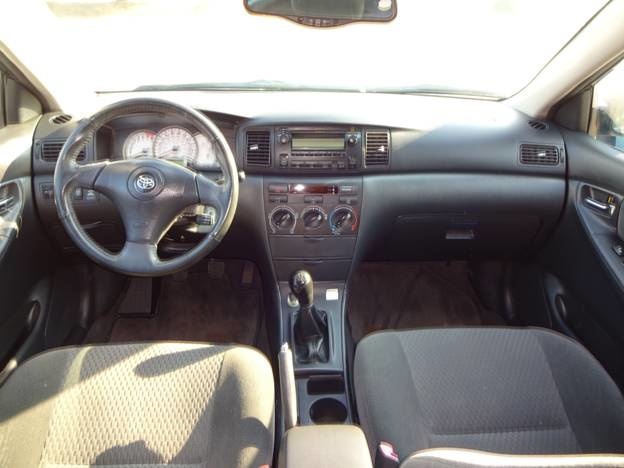 The Corolla will not stand out in a crowd. That’s partly thanks to the fact there are so many of them, but it's also due to the Corolla’s modest styling. It’s no head-turner, but it’s inoffensive, overall. The Corolla comes standard with steel wheels and plastic covers but is available with larger alloy wheels.

Inside, it’s more of the same, with a very clean and conventional radio and climate control layout. It is aesthetically evolved from its predecessors, but logistically the same as it’s been for years. There’s nothing wrong with this, as some might find the more futuristic exterior and interior styling of the competing Honda Civic to be a bit more off-putting.

The build quality of the cabin is also fantastic, with a solid construction, stitching, and panel placement. Reliability is often an idea that is sometimes only proven in a vehicle's history report, but you can actually feel the quality of the Corolla just by sitting its 5-passenger cabin. 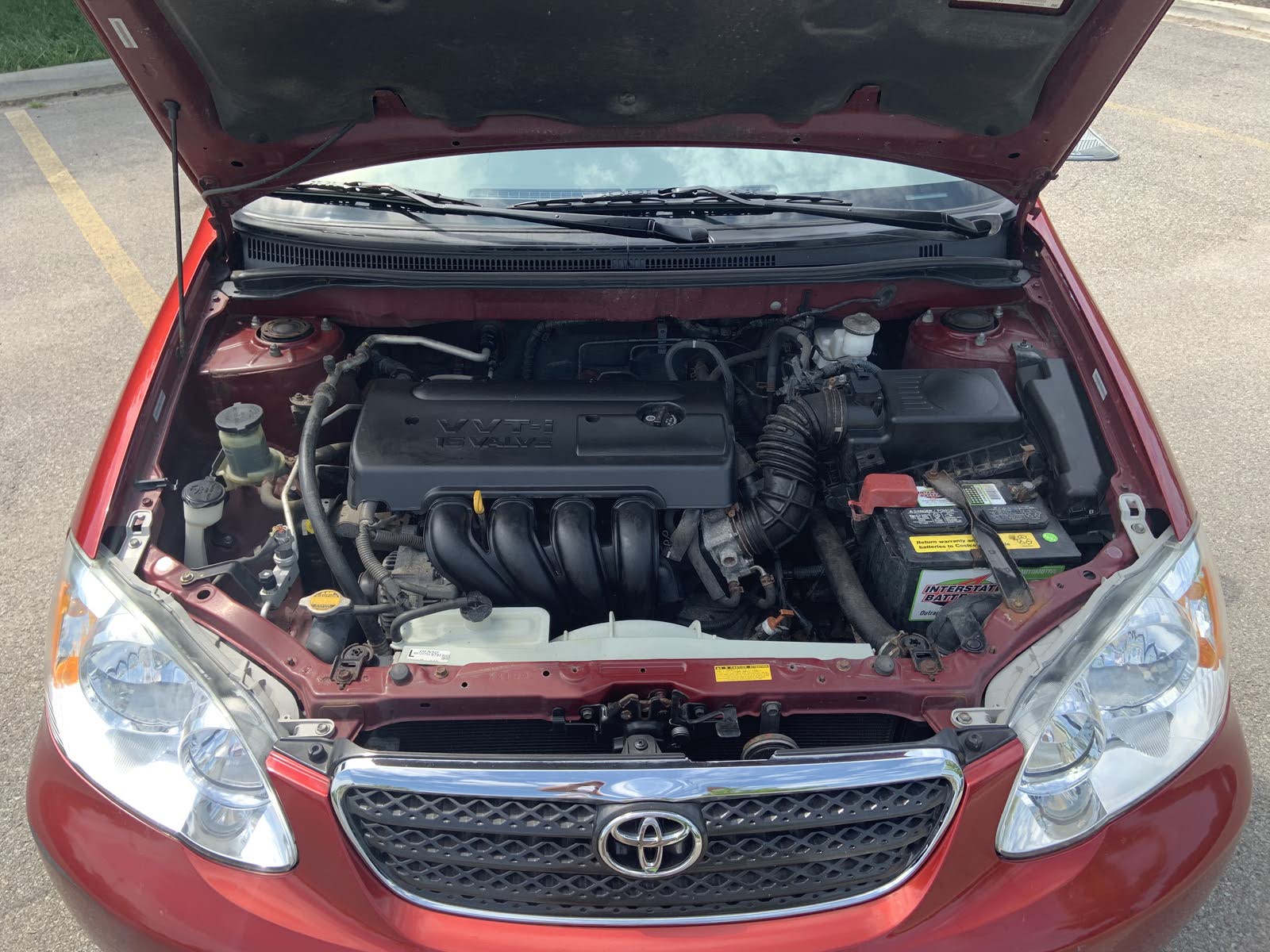 No matter the trim, the Corolla comes equipped with a 1.8-liter 4-cylinder engine, sending 126 horsepower power to the front wheels. This engine is paired with a 4-speed automatic or 5-speed manual transmission. While the automatic is well-matched to the 4-cylinder engine, acceleration is nothing special. It will get you up to speed safely, but that’s about it.

Considering its subdued styling, the Corolla has almost uncharacteristically agile handling. This is in large part to the lightweight platform and construction of the Corolla. It is not quite a sports car, but it may surprise owners with its steering response and cornering ability.

Unfortunately, the Corolla shows its weaknesses at higher speeds. Once on the highway, it exhibits a chattery ride, and you’ll discover this small car lets in a lot of wind noise. 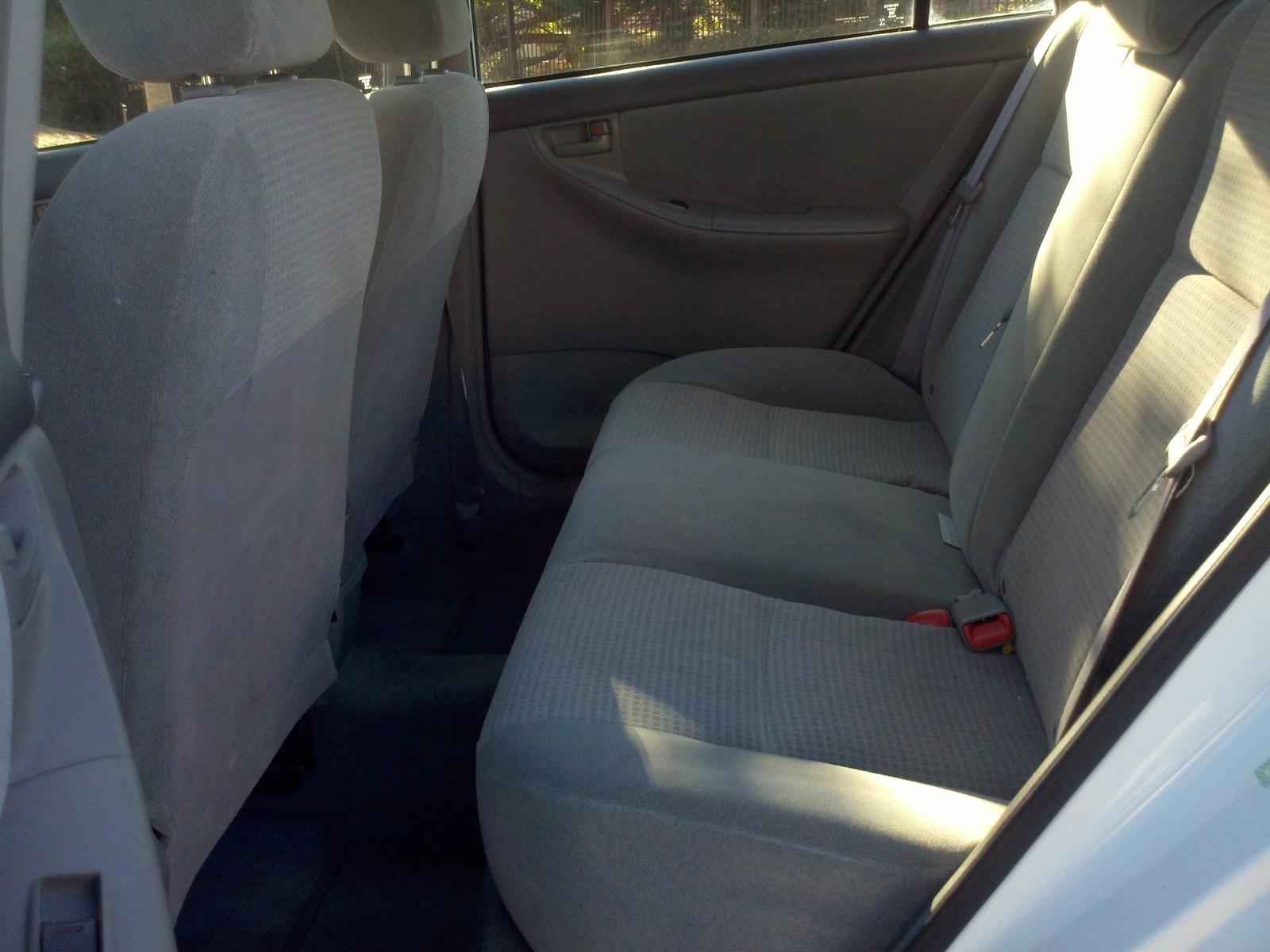 The Corolla has plenty of helpful cubbies and cargo trays at your disposal. There are dual trays in the center stack, and slots for items in the doors. The center console has a decently sized storage compartment as well. The Corolla also has 16.7 cubic feet of trunk space, which is great for the class.

Being a small car, one would think that everything would be within close reach, but that’s not always the case. For taller drivers, sliding back far enough for adequate legroom puts you in a position where the steering wheel is a stretch. It would be much better if the steering wheel telescoped further. 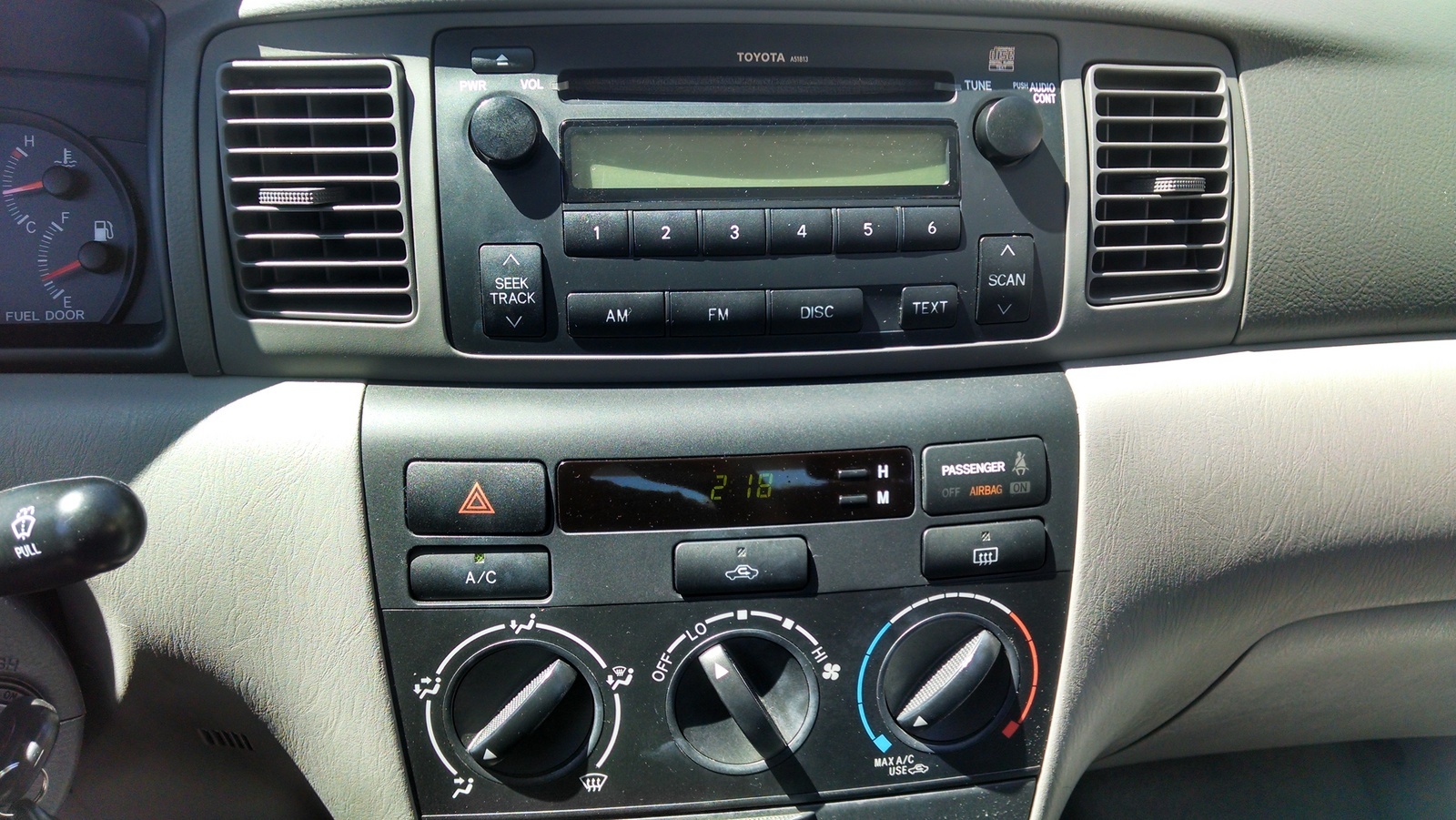 The Corolla comes standard with an AM/FM radio and a CD player with four speakers. It is available with an 8-speaker JBL premium audio system with 6-disc CD changer. Otherwise, there is very little in the way of tech features. Compare this to the Honda Civic, which was one of the first compact cars to offer an optional touchscreen navigation system. 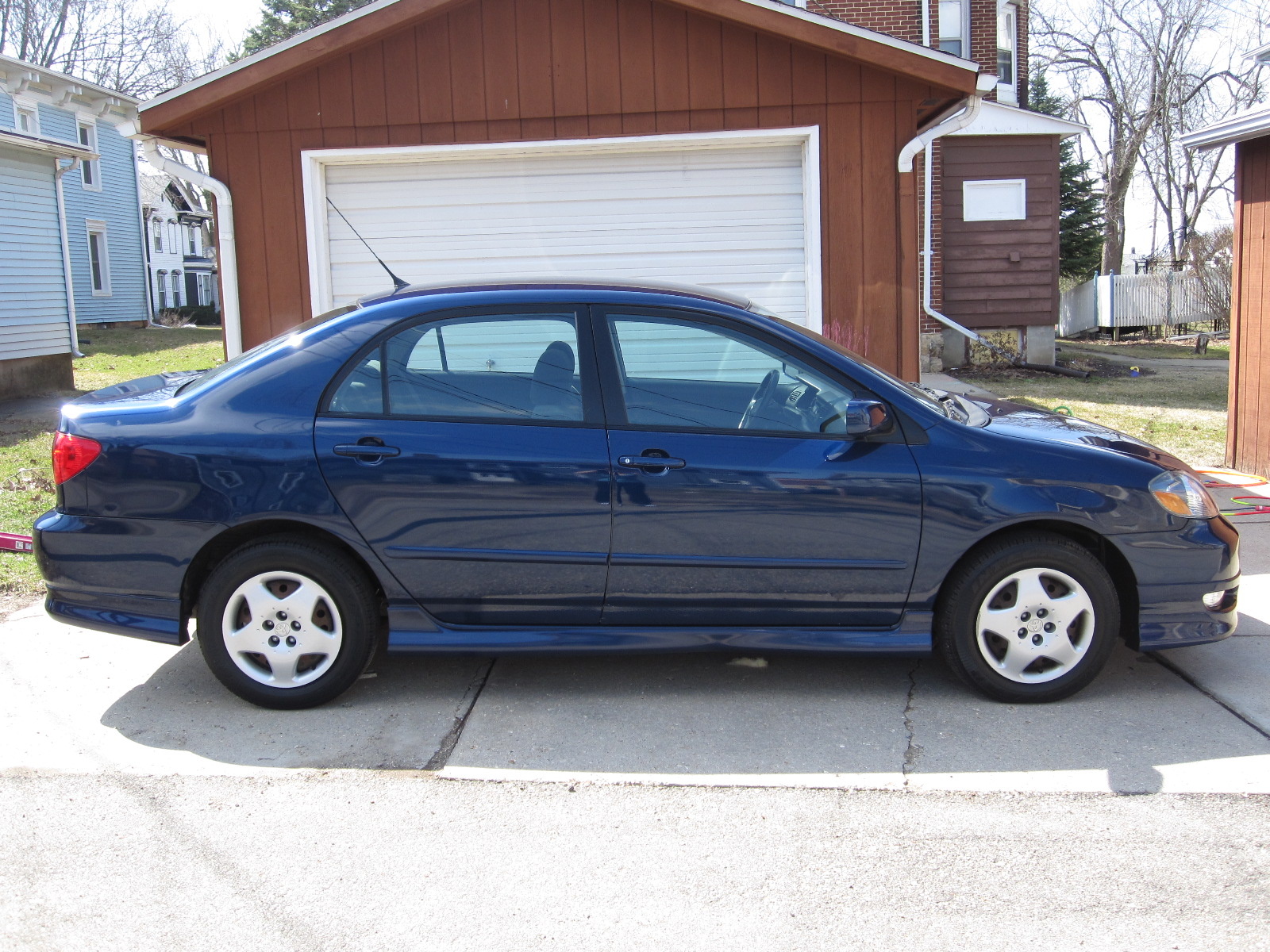 The Corolla comes with front impact airbags, but the side curtain airbags are optional, and not every car will come with them, so verify this as you are shopping. It should be noted that rivals like the Honda Civic come standard with the full array of airbags. Basics like four-wheel antilock disc brakes are also optional, unfortunately. 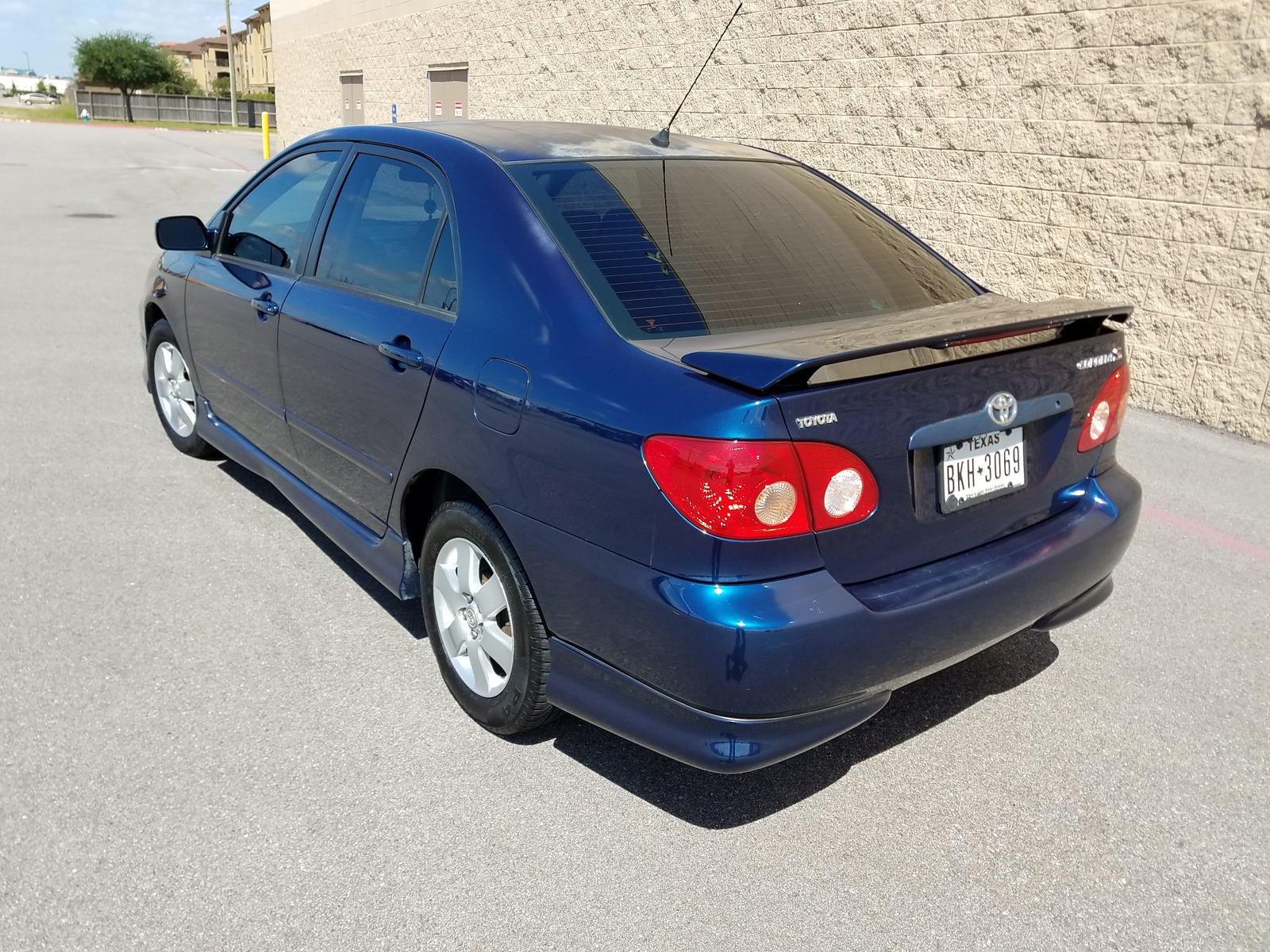 For the 2007 model year, the Honda Civic is a more advanced car than the Corolla, and prices reflect that. You are sure to pay less than a similarly equipped Corolla, but that is not a reflection on the Corolla’s quality or lack thereof. The Civic is merely a newer design and has some features that you can’t get on the ’07 Corolla, such as navigation.

If you are looking to buy the Corolla to conserve fuel, the manual is the one to get, returning 28 mpg city, 37 mpg highway, and 31 combined. The automatic Corolla is still commendable, at 26/35/29. According to EPA estimates, that would put your annual fuel costs at around $1,000.

Not bad, and combine that with the Corolla’s strongest selling point: its stellar reputation for reliability. Together, these features make the Corolla the ultimate economical, practical option for a compact daily commuter car.

What's your take on the 2007 Toyota Corolla?

Users ranked 2007 Toyota Corolla against other cars which they drove/owned. Each ranking was based on 9 categories. Here is the summary of top rankings.

Have you driven a 2007 Toyota Corolla?
Rank This Car

My 2007 Toyota Corolla cruise control has stopped working. When the "ON" button is pressed the light on the dash still comes on, but the speed will not set when pressing the lever down. Is there a...

27 views with 4 answers (last answer about a month ago)

Hi, I have a 2007 Toyota Corolla running conventional oil and regular 87 octane fuel getting 200-350 miles a week on about 75% highway driving and 25% residental. What is a safe amount of mileage I ...

2007 Toyota Corolla/ Dash And Rear Lights Not Working. Bulb And Fuse Are Fi...

Why Is My Corolla Vibrating???

i have a 2007 Corolla with 23,000 miles on it that I love. I bought it used and have had zero problems for a year and a half. 2 weeks ago the car started to vibrate. From the second the car starts ...

How To Adjust Idle Speed On 2007 Toyota Corolla