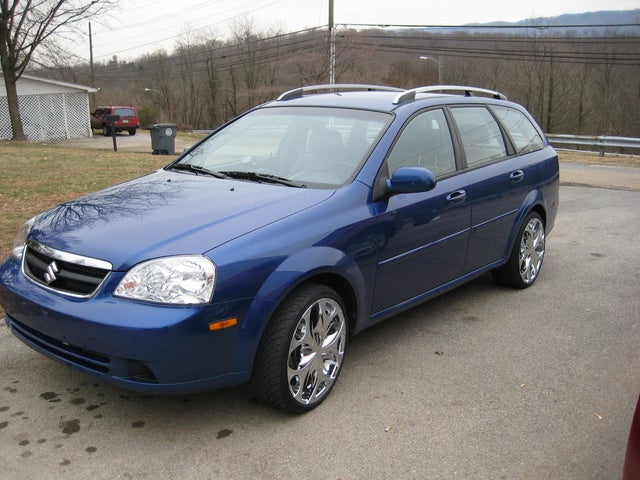 Have you driven a 2007 Suzuki Forenza?
Rank This Car

has power for a 4 cylinder when needed. comfortable, easy to drive and handle. low maintenance repair cost. most forenza's can get up to 230,000 miles. seats 4 adults with room left over. back seats f... Read More

Great car for family outings and city driving. Its not quick at all and is a bit touchy sometimes. Very basic model car with out any bells or whistles. Overall nice car for the single mom or family... Read More

Affordable Family Car, Excellent Utility But Wont Be Winning Any Races By benschreivogel

I really the like all the features in this car as far as safety storage and design. The drive train runs as smooth as the day I bought it. The electrical sensors in this car are S*%T!! If anything ev... Read More

It's an ok car (cage) to get around in while not riding the Harley :) As far as performance, it accelerates well for a four cylinder. The wagon is useful for all the military gear that I use for wee... Read More

The Truth Behind The Forenza By Alejandro

The engine its just daewoo but the rest is fro parafarina so this car is one of hes lasts creations. the engine sounds weard but its ok also the sunroof leaks but the dealership told us thats perfe... Read More

This Car Sucks By Zak

I HATED IT! Never buy this car. It is a total piece of crap. The transmission is sloppy and shifts too much. Cost of ownership is out of the norm. Everything breaks. Not even fun to drive! NEVE... Read More

I Would Recommend The Car On Certin Points Other Areas Stay Away From It. By Kayla

Its a good family car. Lots of cargo space. Seats are very comfortable great for long trips. The car is a low maintenance until something goes out on it. I have had to replace the cam shaft position s... Read More 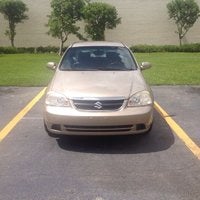 Have you driven a 2007 Suzuki Forenza?
Rank Your Car →