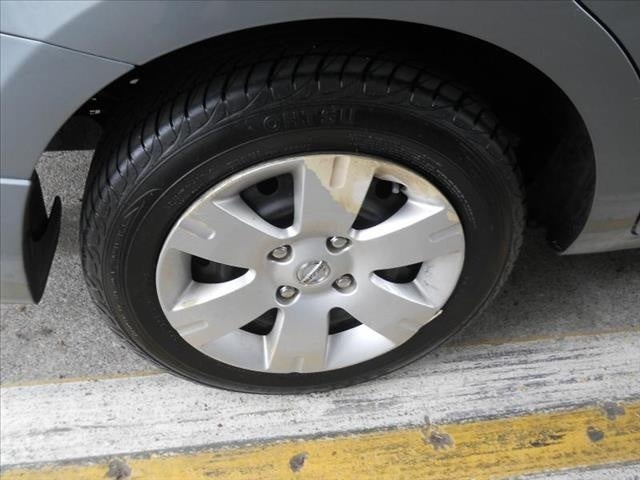 Average user score
4.5 ⁄ 5 stars
Based on 21 reviews
177 Hp 6 Speed Cvt With Paddle Shifters by Chad — Interior has full sport seats. Paddle shifting when in sport mode-but it's quicker in "auto". Dash board has stander RPM, engine temp, speed gauages etc, but alos includes accelerometer and oil pres... Read more
Great Performance For The Price, But Could Be Considered A Little To Raw And Edgy By Some Buyers. by Zach — The car does has some build quality issues. Squeaks, primarily from the front clip can be rather annoying when it's cold outside. Performance is great stock for a car in this class, in fact it cou... Read more
Luke by Bryan — Great Factory Speaker (RockfordFosgate) The transmission takes a little getting used to, but after a while, it's pretty interesting. The gas mileage is on average at 28 mpg. The interior looks grea... Read more

The 2007 Nissan Sentra gets to come out of its shell a bit and experiment. Now that the upcoming Versa will be filling the economy compact role, the Sentra becomes a little bigger and lot more high-end, offering a lot more features, but retaining its budget price, good reliability record, and fuel economy.
The 2007 Sentra gets a total makeover this year and borrows most of its exterior lines from the upscale Maxima. Right now only available in base, S, and SL trims (the sportier SE-R should come out late in 2007), a new 2.0-liter, DOHC I4 engine hitting 140-hp sits under the hood. This comes standard with a 6-speed manual or optional CVT continuously variable automatic transmission, for imperceptible gear changes. The CVT is standard in the SL.
Stretched in all directions, the 2007 Sentra is longer, taller, and wider, offering more overall interior room for four adults. Power locks, windows, electronic steering, air conditioning, and lots of side airbags are all standard. ABS is standard on all but the base model. A long list of options decks the Sentra out in style, offering leather seats (standard on SL), keyless entry, MP3 player, and Bluetooth capability. A new "floating shifter" juts out from the center panel. The rear seats split-fold 60/40 flat, and unique trunk compartments allow for even more storage.
The 2007 Sentra still rates high for gas mileage, overall build quality, and durability. Owners also like the extra room. Some say it could use more power, as the weight of the car has increased, but they love the CVT and say the ride is generally smooth. There is some noise at high speeds, and many owners aren't fond of the chunky exterior style.

Have you driven a 2007 Nissan Sentra?
Rank This Car

i have a nissan sentra with bad 2.0 engine and i was wondering what car engine i can get to replace

Smashed my 2007 windshield and I'm wondering if my 1999 Malibu windshield will fit on it?

My Car Needs Help And So Do I

Okay long story short had sugar put in my tank. Dripped the tank and cleaned it out and blew out my fuel lines. Replaced my spark plugs and o rings on my injectors and also replace my mass air flow...

9 views with 4 answers (last answer about a month ago)