The Infiniti G35 has been completely overhauled for the 2007 model year and sports a stronger look with recognizable features. 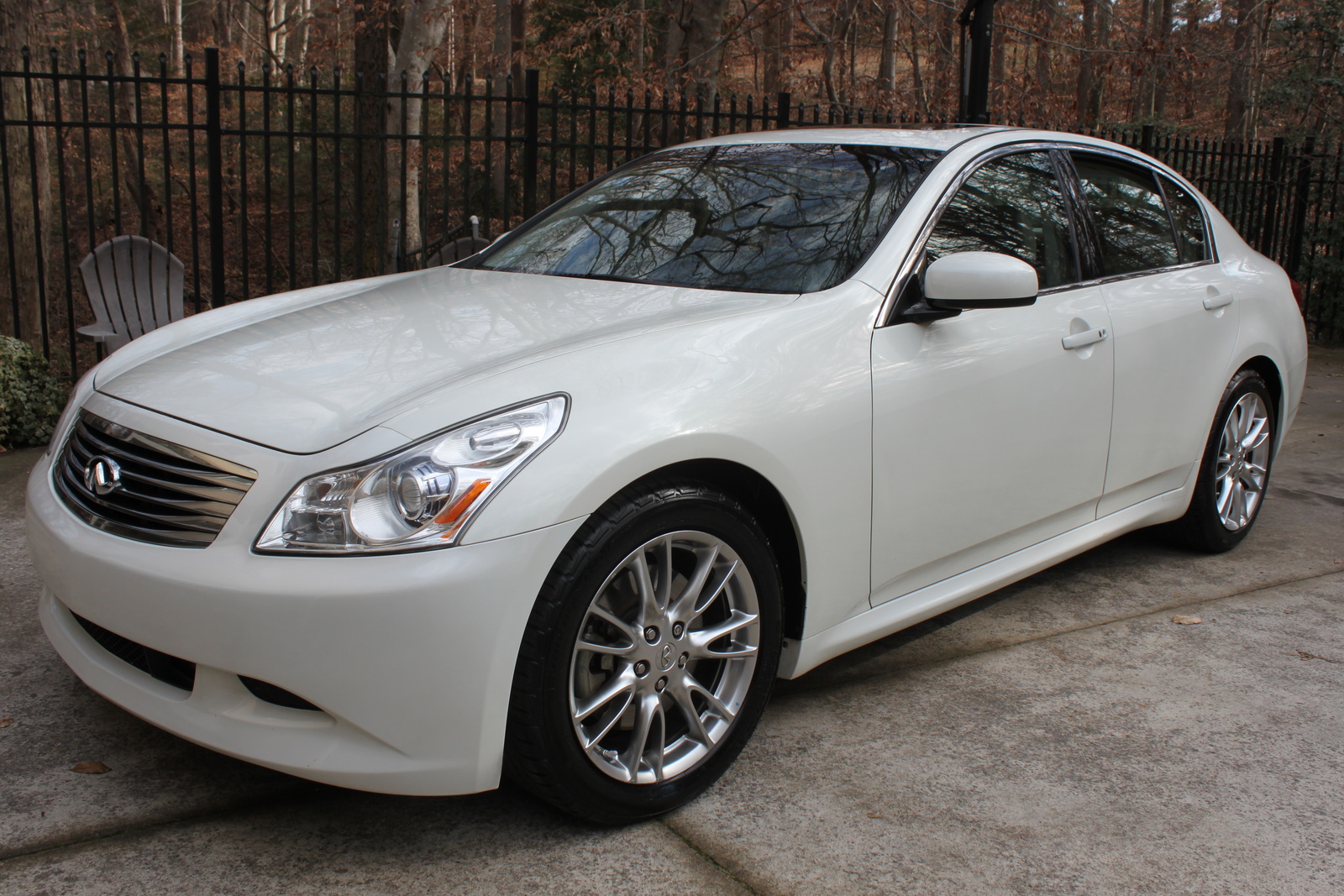 In a world that has moved to front-wheel drive as the solution to fuel economy and safety concerns, Infiniti has taken the enthusiast route and kept its G35 sedan in a rear-wheel-drive layout. It’s a requirement for true sports sedan handling and performance, but it’s not the best for slippery conditions and bad weather. Thankfully, parent company Nissan has given the G35 a solution for that, too, with available all-wheel-drive.

The G35 is powered by a single engine: a 3.5-liter 306-horsepower V6. Two transmissions are available for the 2007 model year: a five-speed automatic or an enthusiast-friendly six-speed manual. The car can be ordered in either a coupe or a sedan layout, and all-wheel drive is optional.

The Infiniti G35 competes with the Audi A4, BMW 3 Series, Mercedes-Benz C-Class, Lexus IS, Acura TL, and the Cadillac CTS. It is aimed at new car buyers that want a sporty, luxurious car at down-to-earth prices. It is offered as a base G35, the G35 Journey, the all-wheel-drive G35x, and the G35 Sport. 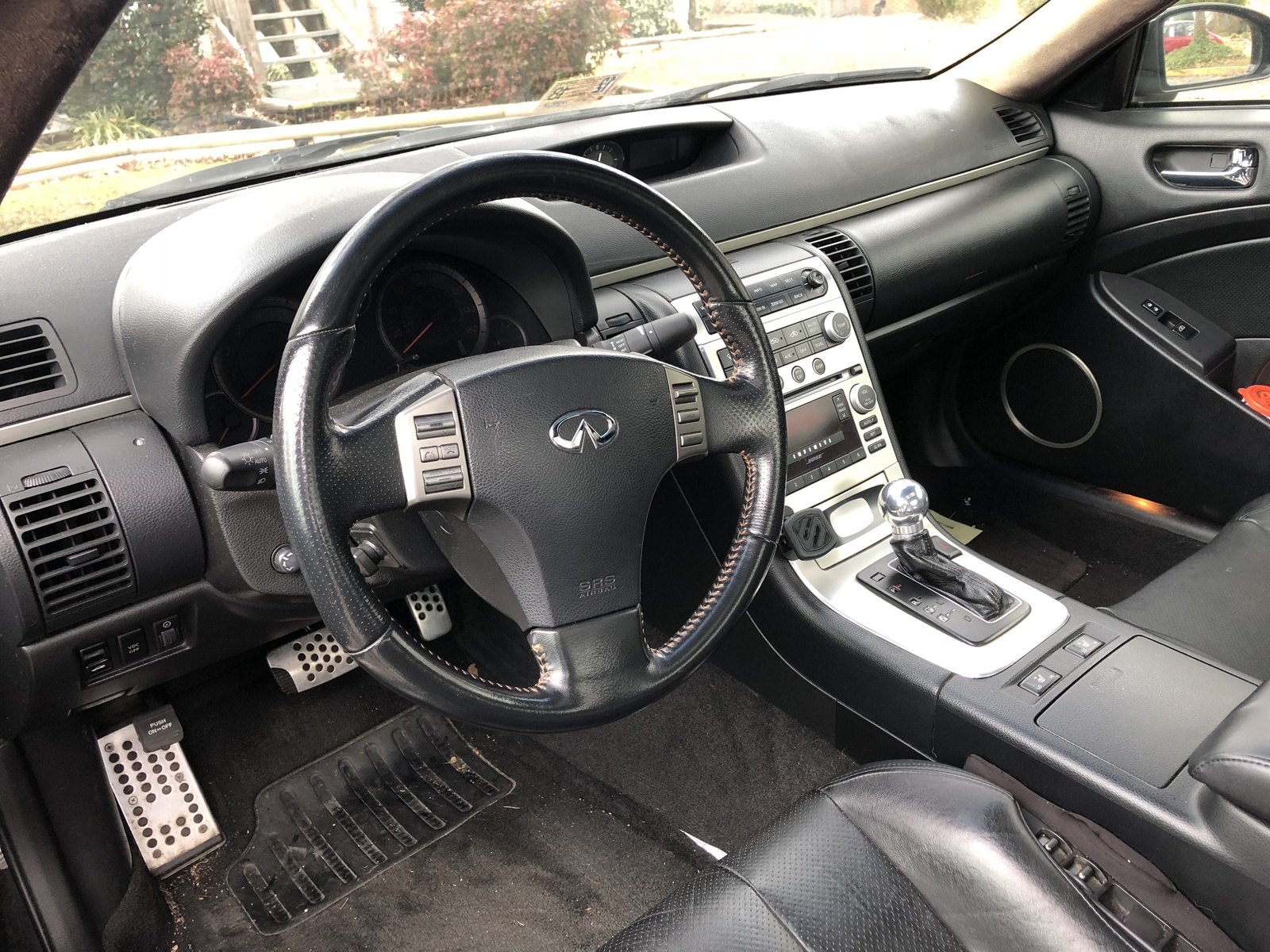 Looking at the new G35, it’s easy to see its roots. Keeping this model close to its predecessor’s design roots, Infiniti updated it with a curvier front end, highlighted by larger air intakes and updated headlights. The G35’s profile shot is more dramatic, where the long hood and steeply sloping windshield give the car a swept-back look.

Inside, the updates give the G35 a much more welcoming look than the car had in previous years. The cabin is trimmed in aluminum, but that can be upgraded to African Rosewood, which looks and feels real because it is. The center stack is dominated by a large control knob that handles several functions on the built-in screen. The remainder of the car’s controls are organized neatly below.

The front seats are comfortable, though, without the optional thigh extensions, the seat can cause discomfort for taller drivers over time. It’s a feature that comes in Sport models and would be useful for all trims. The new car has more headroom up front than the outgoing model, and back seat passengers will find extra leg and hip room. That’s all accomplished with the same wheelbase that the 2006 G35 had. 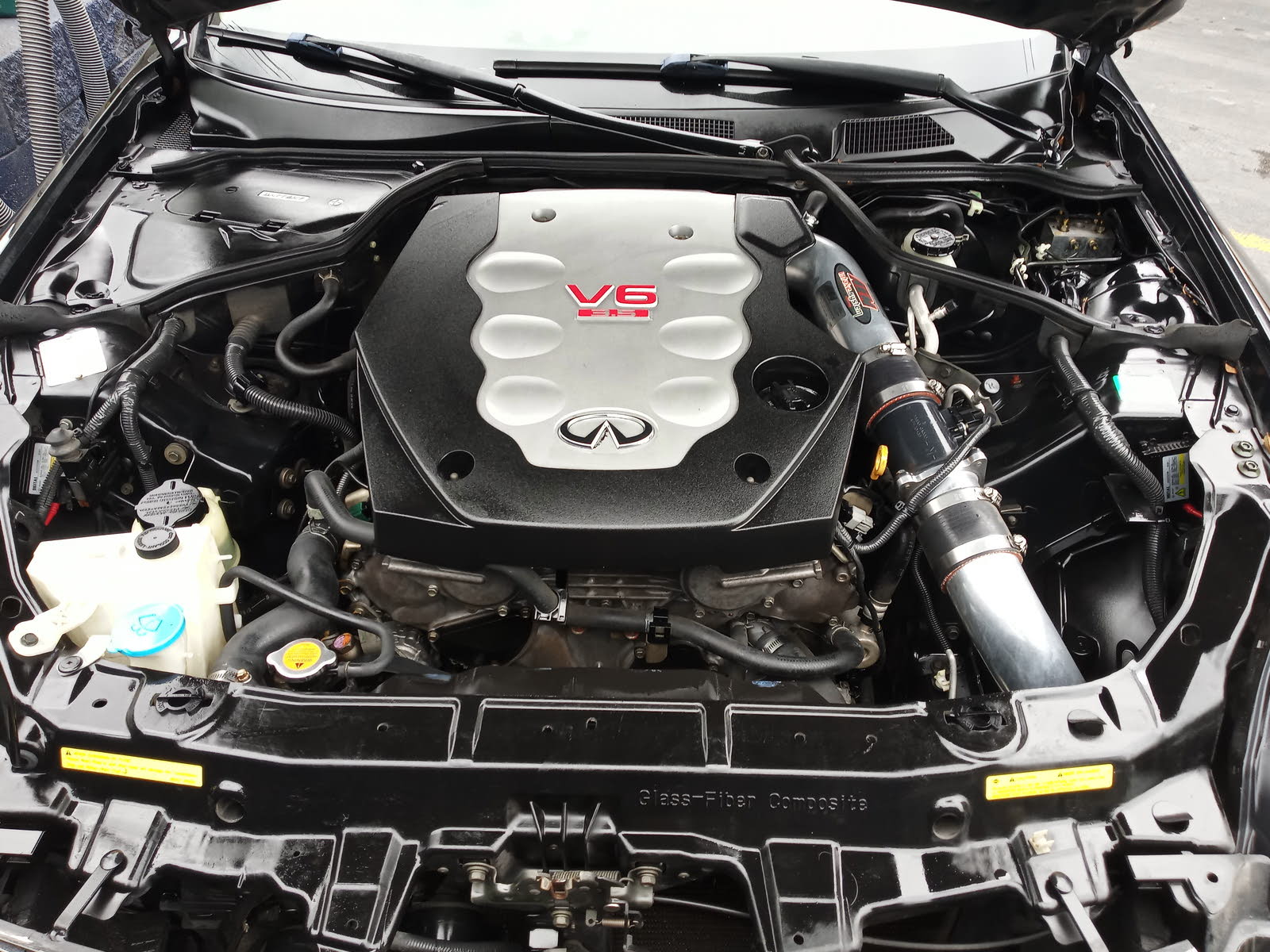 The G35’s engine looks the same on paper, but the powerplant has been seriously overhauled for 2007. Nearly 80 percent of the powertrain’s major components have been updated for the new car. That gives a higher redline, up to 7,500 RPM from 6,600 RPM. That results in a car that can be pushed harder for longer, and deeper into its rev limits. The drivetrain pulls hard all the way up to the redline and makes a glorious sound while doing it.

Both transmissions are well matched for the V6 engine, but the manual’s clutch weight may throw off some drivers. It’s heavier than it should be, even for a sports car, which can make it hard to work with in some situations and downright annoying in traffic. The automatic transmission is smoother and performs much like a well-tuned dual-clutch gearbox.

The G35’s ride is firm but comfortable, and the suspension system keeps the car’s heft in check. Infiniti G35 Sport models, four-wheel steering helps rotate the car faster in sharp turns and improves handling noticeably. Along with traction control, the system helps the G35 out-handle many other cars in its segment. There’s also an available performance tire and wheel package that bumps wheel size to 18 inches and adds grippier summer tires. Despite the larger wheel and skinner rubber, the car still manages a comfortable ride. 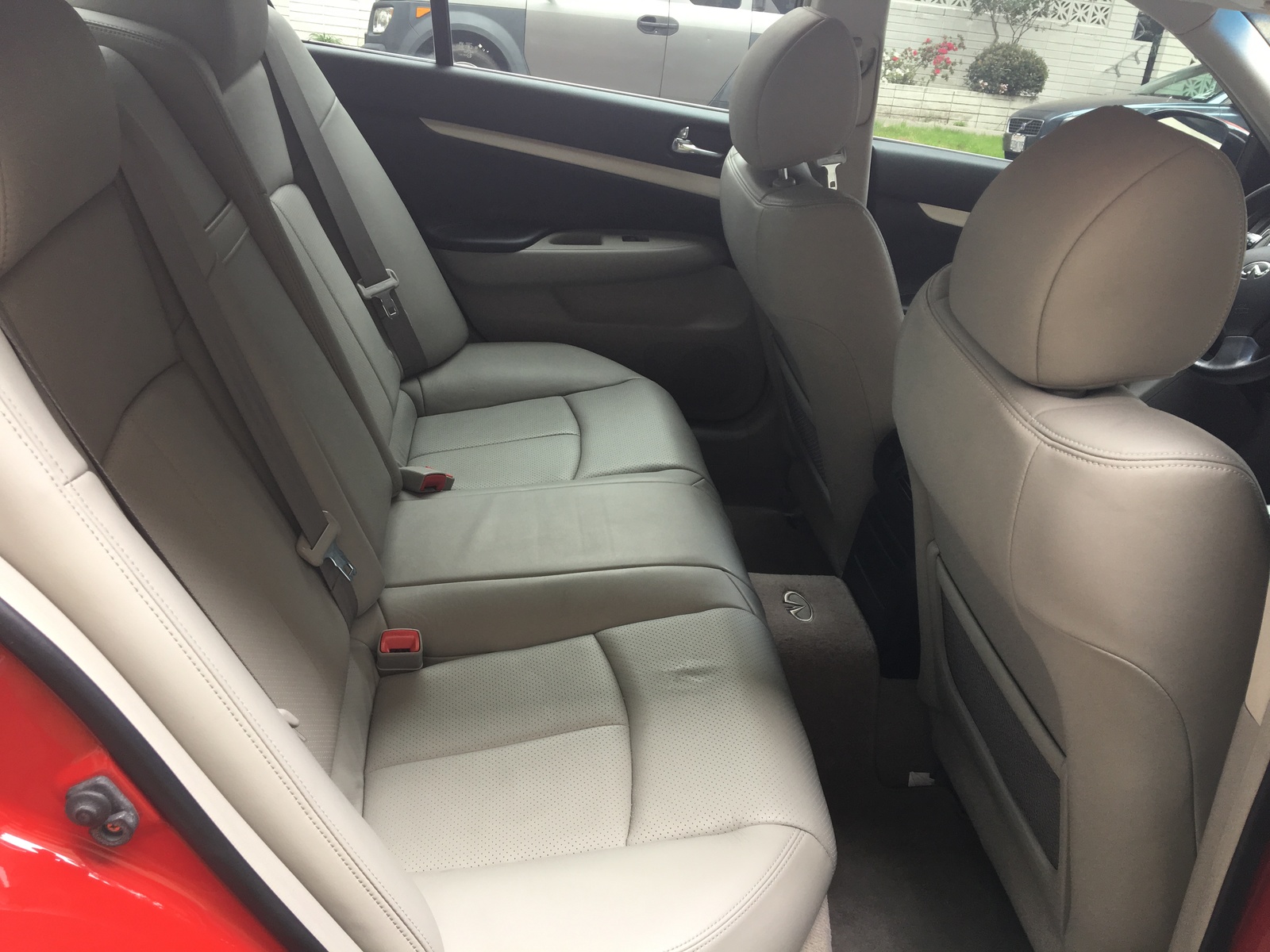 The G35 matches or beats its competition on interior space; in many cases, it wins in terms of driving experience. The Infiniti has a long list of standard features and technology that rivals don’t, yet the G35 also offers a reasonable price tag.

While the trunk measures in at a relatively small 13.5 cubic feet, at least it’s deep and has an opening large enough to handle most items. A nice bonus feature is the G35’s ability to carry comfortably three adults in the rear seat, a feat not all of its competitors can accomplish.

Driver assistance features such as the optional radar cruise control system and adaptive headlights bring peace of mind that many other cars don’t have. That level of tech is usually reserved for the most expensive offerings from brands like Mercedes-Benz and BMW, and the addition of such features in a relatively affordable Japanese luxury car is a revelation. The tech is also well-integrated with the other functions in the car, so they’re easy to use and work as expected in most scenarios. 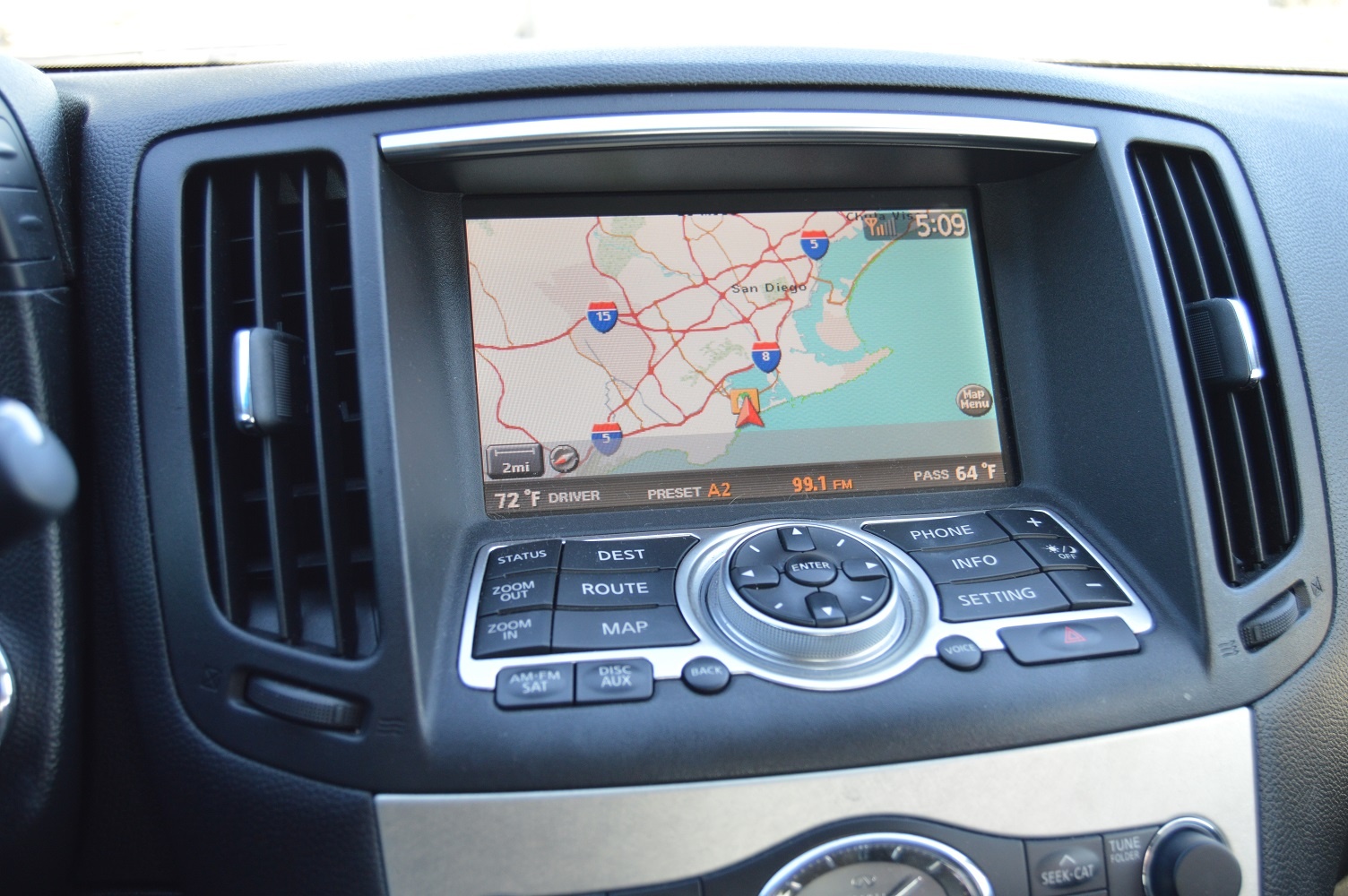 The optional Bose sound system sounds phenomenal and is oriented more toward audiophiles than the systems offered in other cars. There’s a more nuanced and detailed ability to change sound settings, and the system works well with the G35’s quiet interior to deliver almost home-audio levels of sound quality. 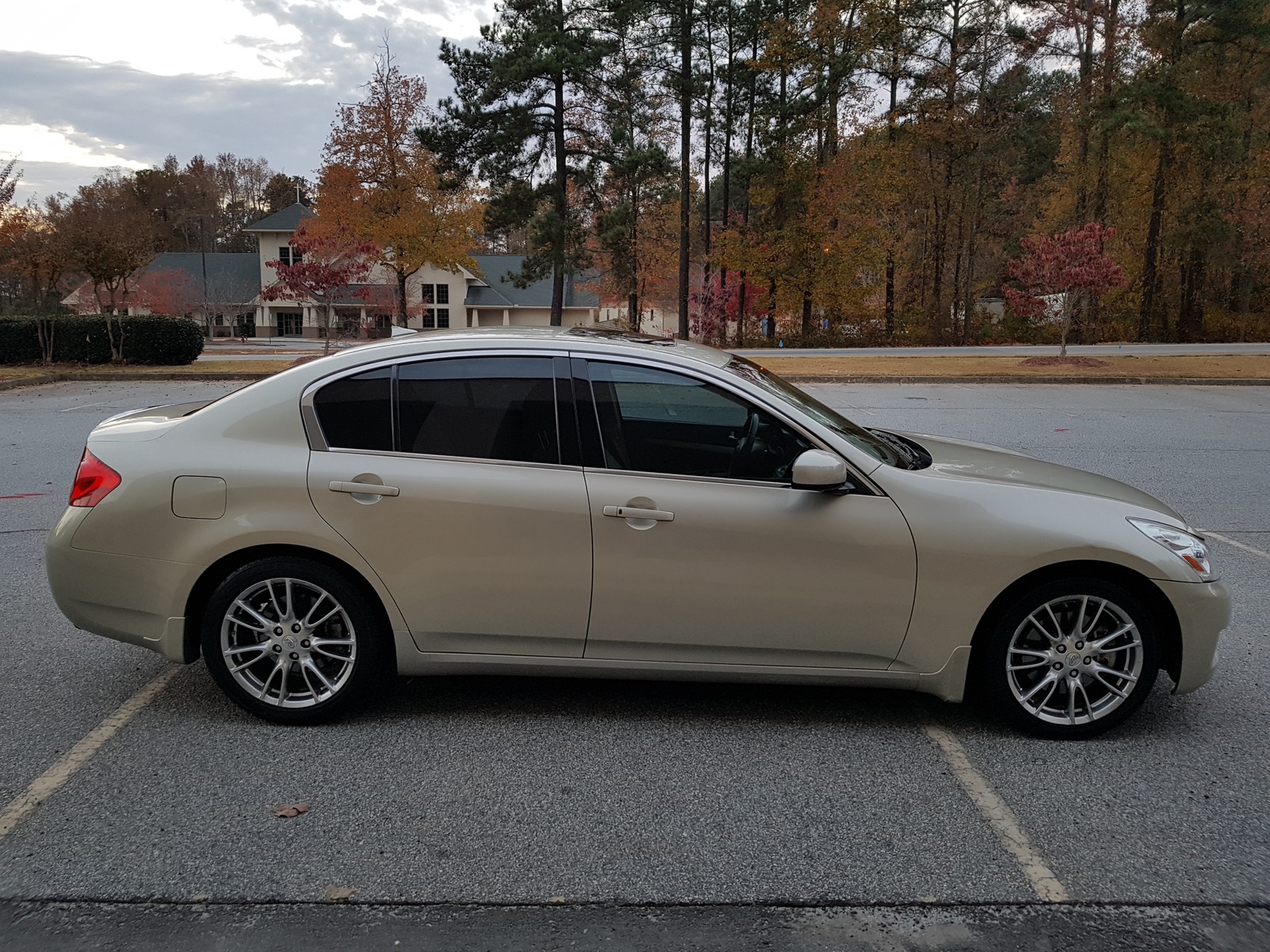 Infiniti offers a Technology Package that includes radar cruise control, adaptive headlights that can turn with the car to provide better lighting, and a special braking system that can prime brake force when it senses an upcoming stop.

Crash test results were mixed. The Insurance Institute for Highway Safety (IIHS) rated the G35 Acceptable for its small overlap front crashworthiness and roof strength, Good for moderate overlap front and side, and Marginal for head restraints/seats. The National Highway Traffic Safety Administration (NHTSA) has not yet rated the car. 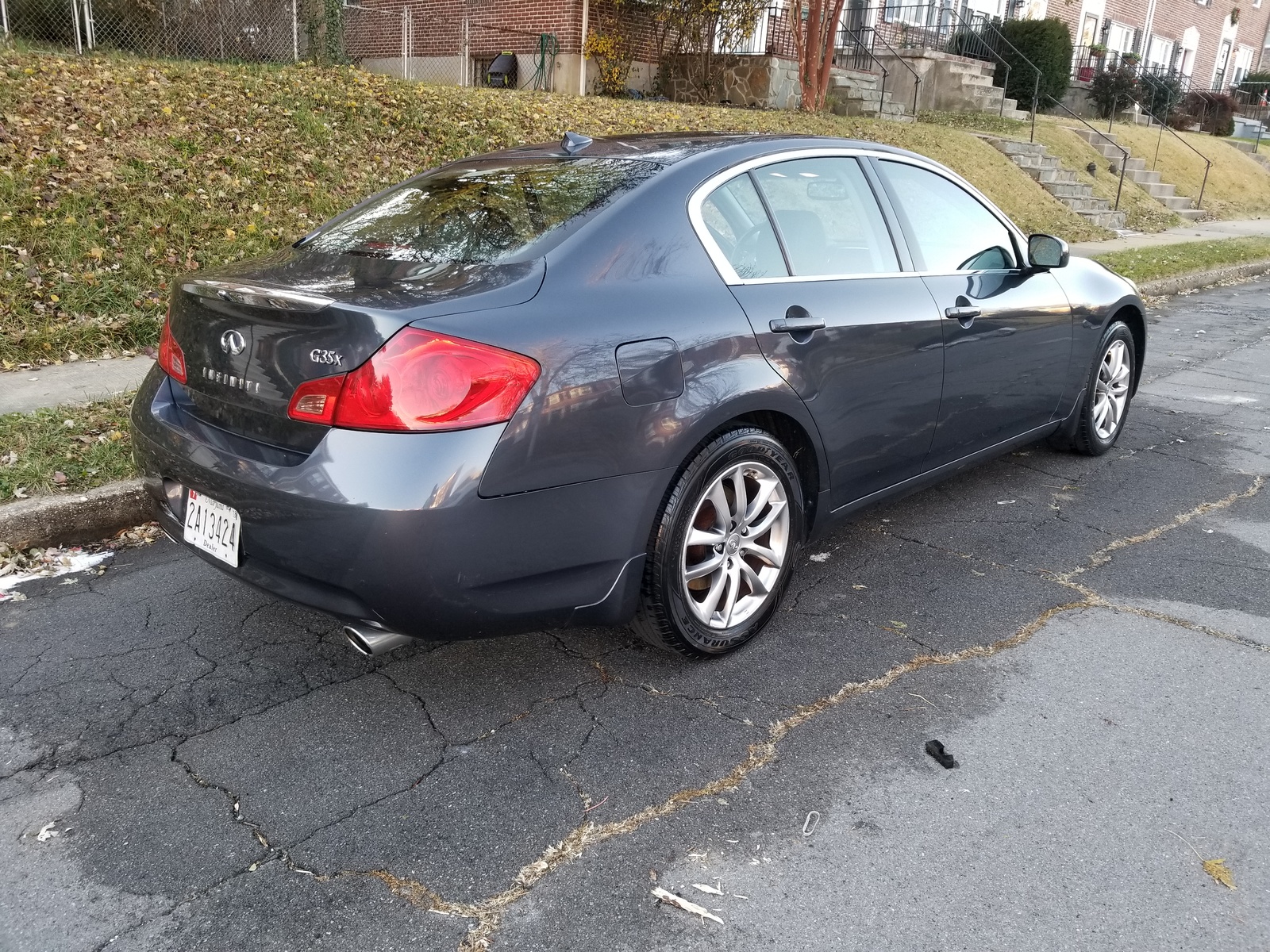 Infiniti’s approach to building cars is a great benefit for its buyers because all trim levels of its vehicles come reasonably well equipped and are sold at a reasonable price.

The G35 is no exception to this, as its starting price of around $32,000 buys a sports sedan with features like leather, a great sounding stereo, rear-wheel-drive performance, strong acceleration, and advanced technology.

Moving up through the trim levels only adds a few thousand dollars at each step, and the all-weather-ready all-wheel-drive G35x can be had for under $34,000.

Against competitors from Europe, the Infiniti starts at a lower price and builds in many features as standard equipment that the other charge for. The BMW 3 Series is a great example of this, as the 328i Coupe starts at almost $36,000, and adding features like all-wheel drive bumps that price to nearly $38,000.

Fuel economy is a weak spot for the G35, as it falls short of the gas mileage that the BMW 3 Series delivers and only barely edges out the Cadillac CTS’ numbers.

I have an infiniti g35 2007 and when i take my two days off and doesn't use the car it doesn't start at the 3rd day and i have to jump it. I have the key light all the time ON even when i turn off...

Selling On Your Site

Do you have a shipping service for sales on cars through your site?

07 Infinity G35 Flywheel Stuck On Crankshaft How To Remove It

17 views with 3 answers (last answer about a month ago)

Battery Not Charging While Driving

Hello, the car sat 4 months dead battery wouldn't hold a charge but autozone now tells me that the new battery is only being charged at 13% They seem to take this as an indication that its some proble...

anyone else have this problem?