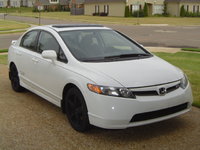 The Civic offers practicality and quality encapsulated in an efficient and comfortable compact car. 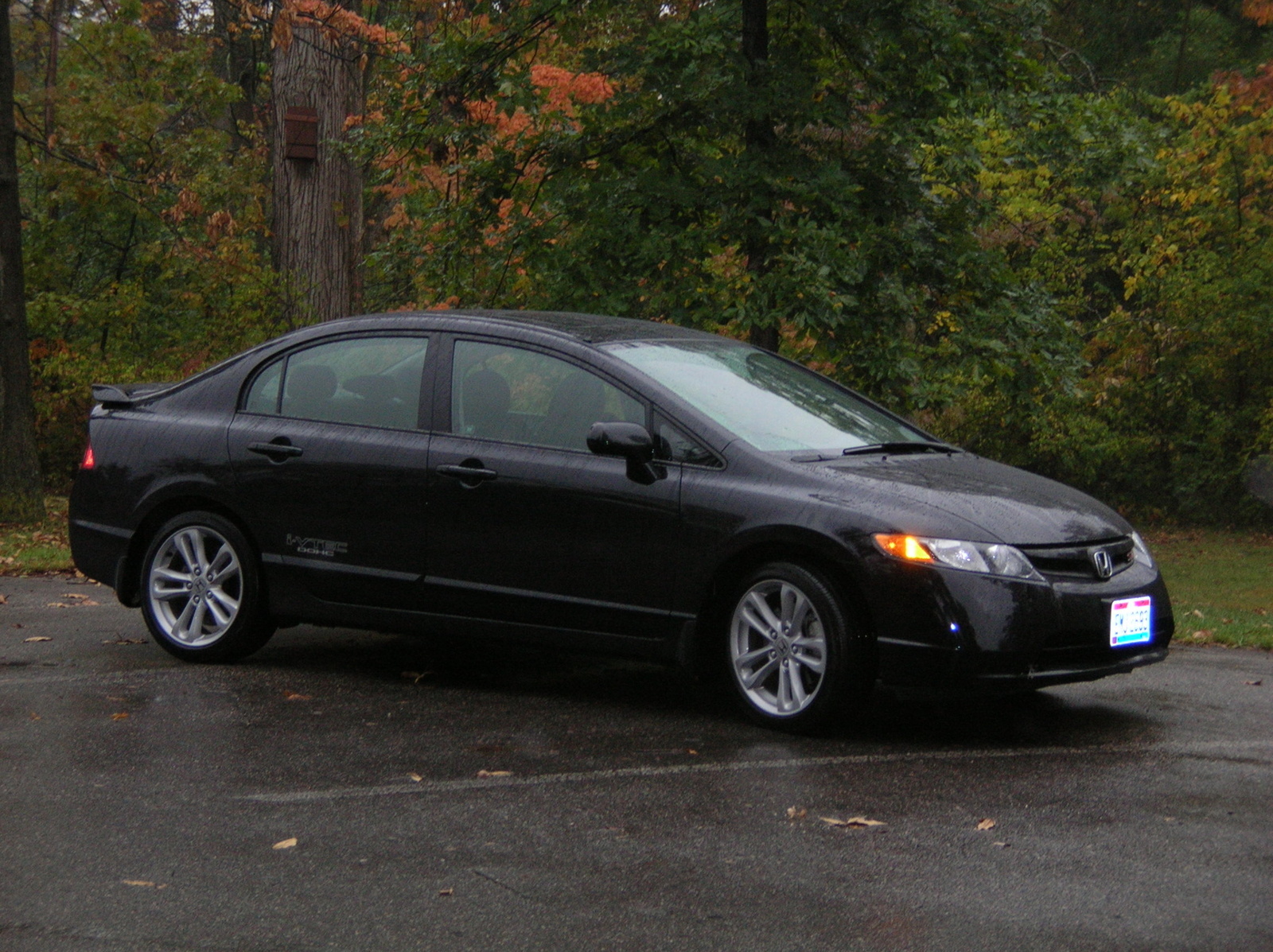 The Honda Civic is one of the most popular cars on the market, with good reason. It's economical and efficient, with sharp styling and a high-quality interior. It also brings forth features that have been rarities in its segment, such as available navigation. In short, the Civic elevates the standards for the compact car market.

The 2007 model year is part of the eighth generation of the Civic, which was redesigned for the 2006 model year, and carried over the following year. Honda and the Civic's reputation are such that these cars hold their value for years. Even if you pay a bit more than than you would for the average small car price, you’ll be rewarded with a top-notch car that will hold its value well. 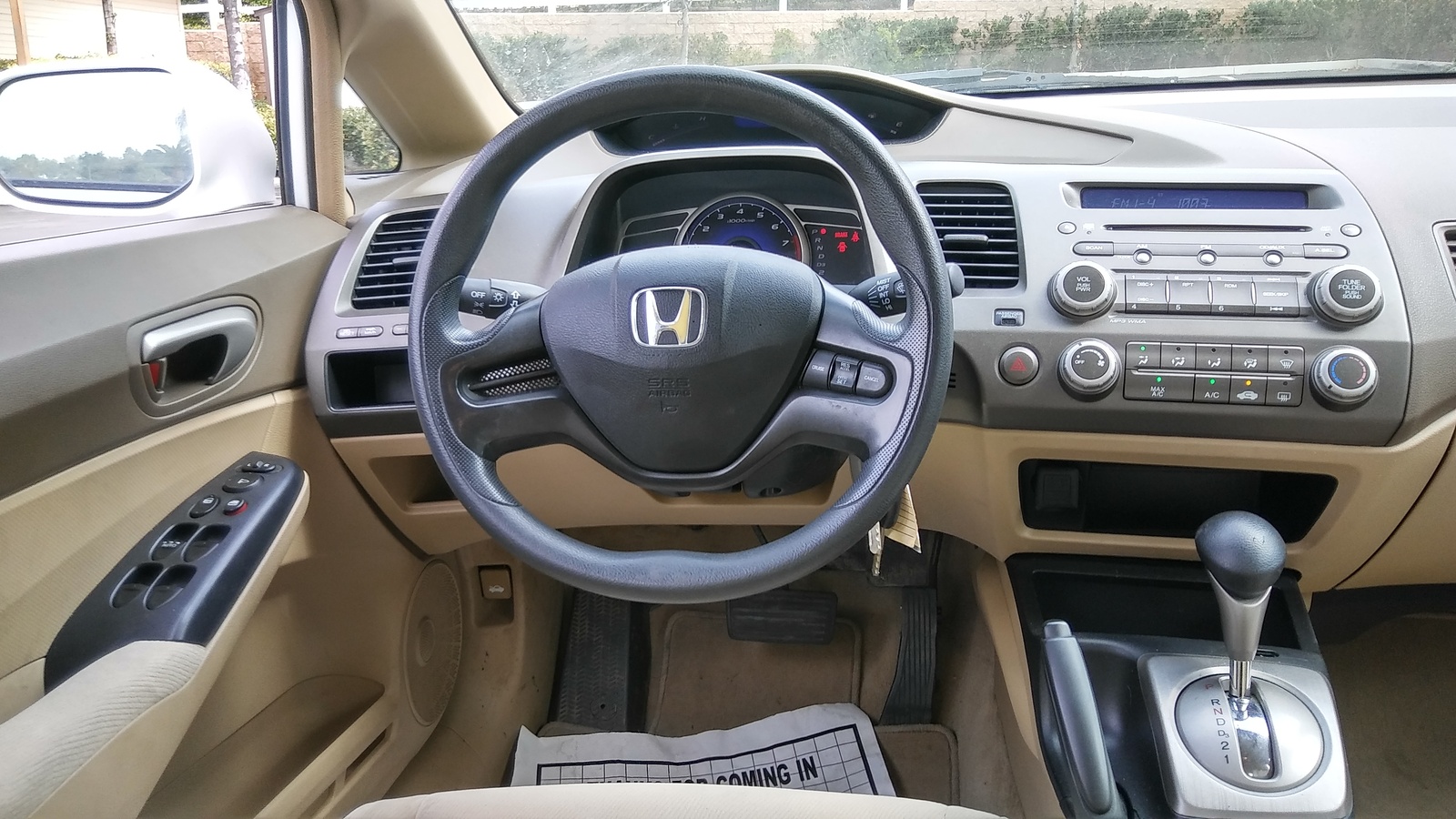 The eighth-generation Civic was the first to move away from the traditional three-box design for the sedan and coupe, replacing it with the “jellybean” silhouette. The Civic set the bar for design in this segment.

Inside, the Civic features a unique “two-tier” instrument panel that is a major departure from conventional design. Perhaps inspired by video games, it is mostly digital, with status bars replacing dials, and it has a large digital speedometer. The upper tier of the instrument panel blends into the dash and flows into the center console.

Trims for the Civic, include the DX, the DX-VP (Value Package), LX, EX, and EX-L. 2007 also marks the return of the sporty Si trim. The DX is the base trim and provides a manual seat with height adjustment, manual tilt/telescoping steering wheel, and power windows. The DX has an extremely basic four-speaker audio setup and 15-inch steel wheels with plastic covers.

The DX-VP or “Value Package” adds upgrades the stereo to a 160-watt 4-speaker setup with AM/FM/MP3 head unit and a CD player. The DX-VP also adds air conditioning.

The LX features larger 16-inch wheels but they are still “steelies” with plastic covers. It also adds an anti-theft system with remote entry, floor mats, and a USB/iPod/auxiliary port to the system, which allows it to play music and connect to a mobile device.

If you want 16-inch alloy wheels, look to the EX trim, which also gets 4-wheel disc brakes, a power moonroof, an exterior temperature indicator, and a 12-volt ACC power outlet (in addition to the one that comes standard on the DX, DX-VP, and LX). The rear seat of the EX sedan gains a fold-out center armrest with cup holders, while the EX coupe’s stereo is upgraded to a 6-speaker 360-watt system.

When shopping Honda’s, keep an eye out for the “L” in the trim designation if you are looking for leather seating. In addition to the leather upholstery, the EX-L adds an expanded center console, leather-wrapped steering wheel, heated front seats, and heated/power side mirrors. The EX and EX-L are available with a touch screen navigation system, which was a rarity among compact cars for the time.

The Si is the performance model and has other upgrades, such as 17-inch alloy wheels, keyless trunk access, a seven-speaker, 360-watt premium stereo, and a power moonroof. 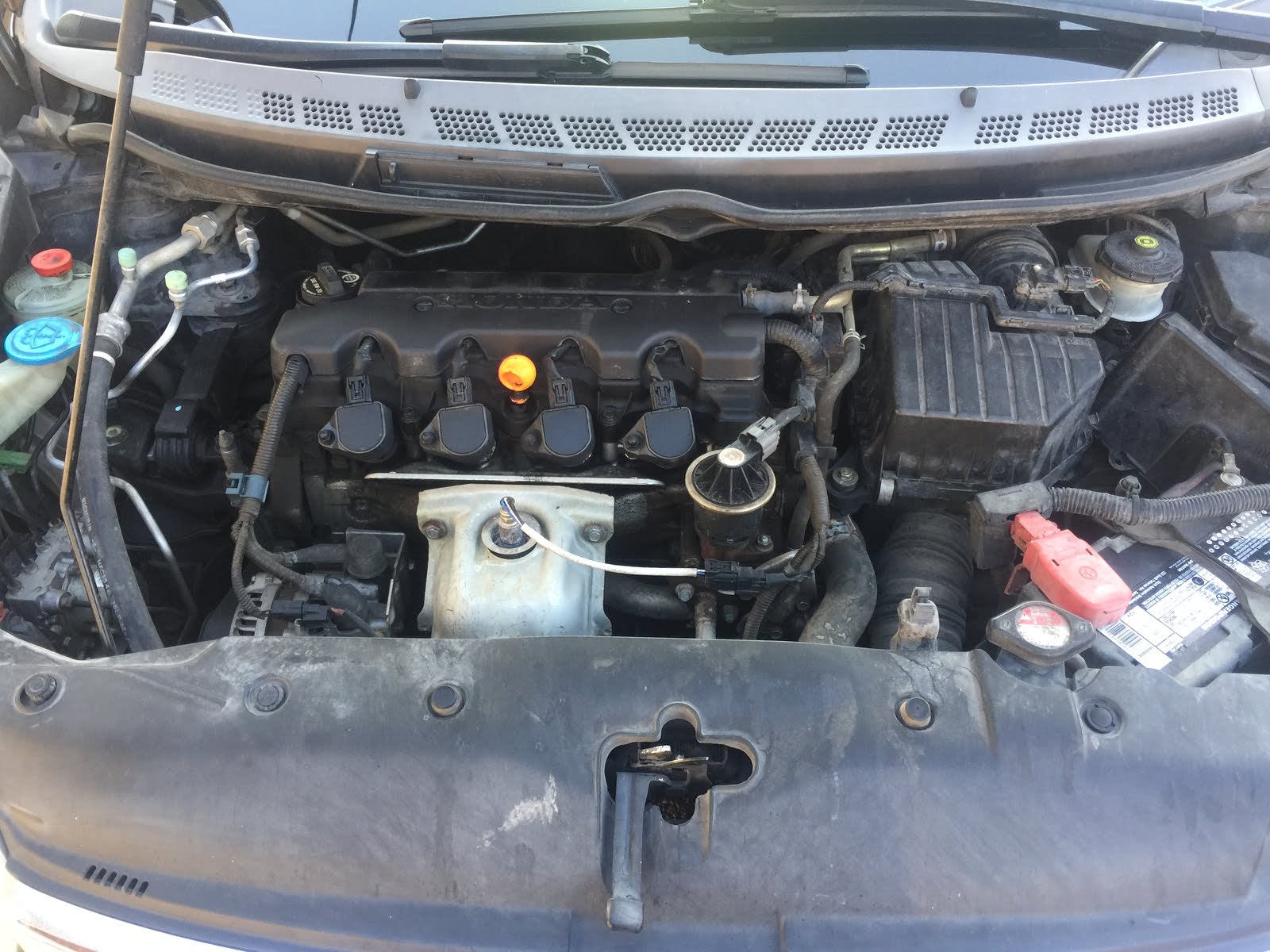 Most trims of the Civic are powered by a 1.8-liter 4-cylinder engine, putting out 140 horsepower and 128 pound-feet of torque. It routes power to the front wheels through either a 5-speed manual or 5-speed automatic transmission.

The sporty Civic Si comes with a 2.0-liter 4-cylinder engine making 197 hp and 139 lb-ft of torque. It is mated to 6-speed manual transmission and routes power to the front wheels through a limited-slip differential that enhances the performance driving experience. The Si also has stiffer springs and sway bars, which contribute to improved handling. The ride of the Si is not so stiff that you can’t drive comfortably, and so it's a fantastic choice as a daily drivable performance car.

But if you don’t need the performance of the Si, the standard engine in the rest of the lineup makes adequate acceleration. It won’t blow your hair back, but it will be enough to get you up to highway speeds and make passing maneuvers reliably every day. 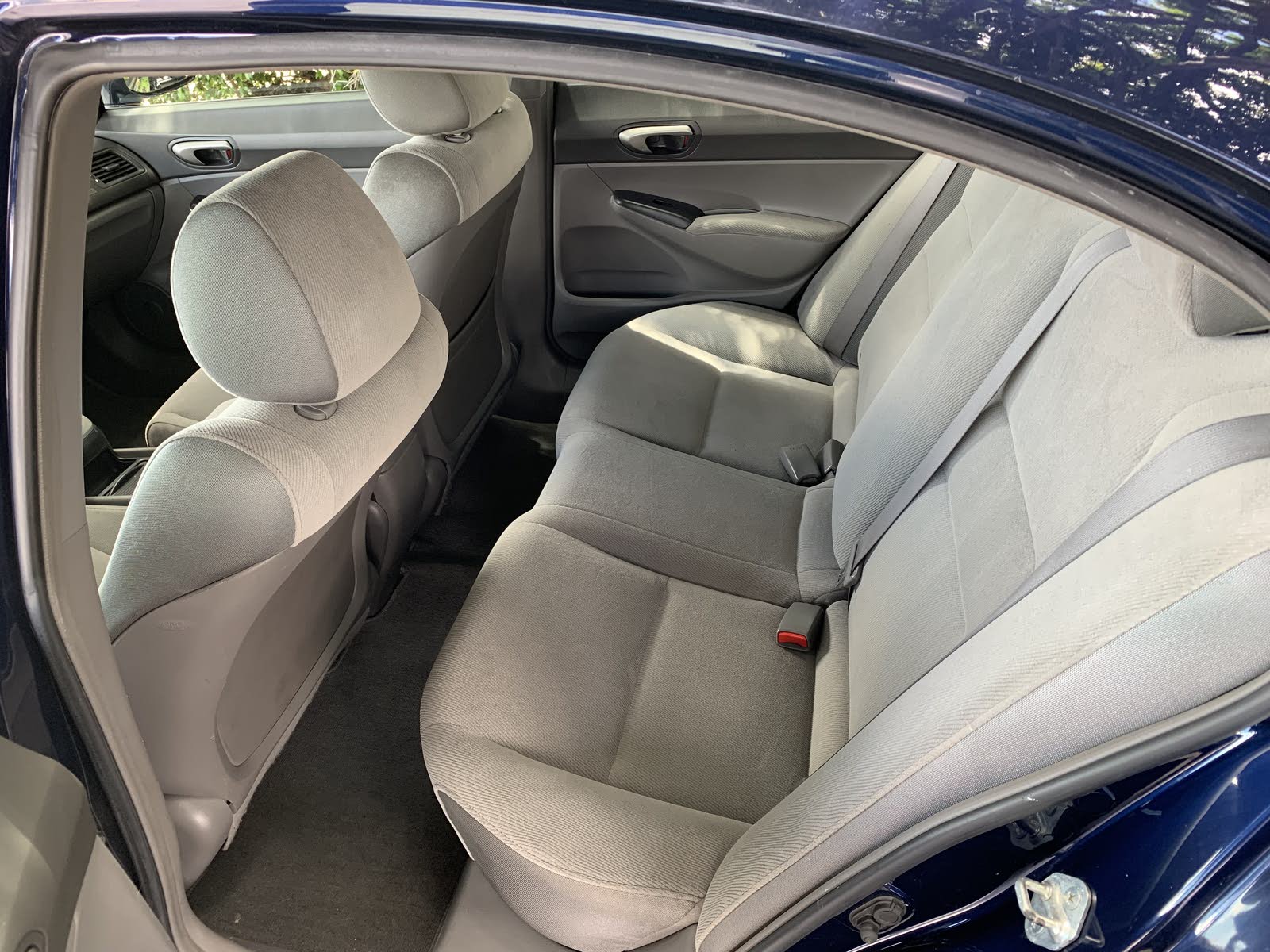 Despite the unique instrument panel layout, the Civic has rather conventional controls. For all models without the touchscreen, the Civic has straightforward radio and climate controls, with large, easy-to-locate dials and helpful buttons. Hop in, and there’s little to no learning curve for the center stack.

The Civic has a highly functional cabin, with trays and bins in the center console and center stack. The doors have decently sized cargo bins, and there are small cubbies to the left of the steering wheel in the dash. These could be used for a phone, a wallet, or keys.

The sedan has decent rear legroom for passengers, and you can reasonably seat four adults for a couple-hour road trip. The coupe has nearly 5 inches less legroom, and getting into the rear seats makes it less comfortable as well. So long as the front passenger is short enough that they can slide their seat up a bit, an adult can sit in the rear seat. 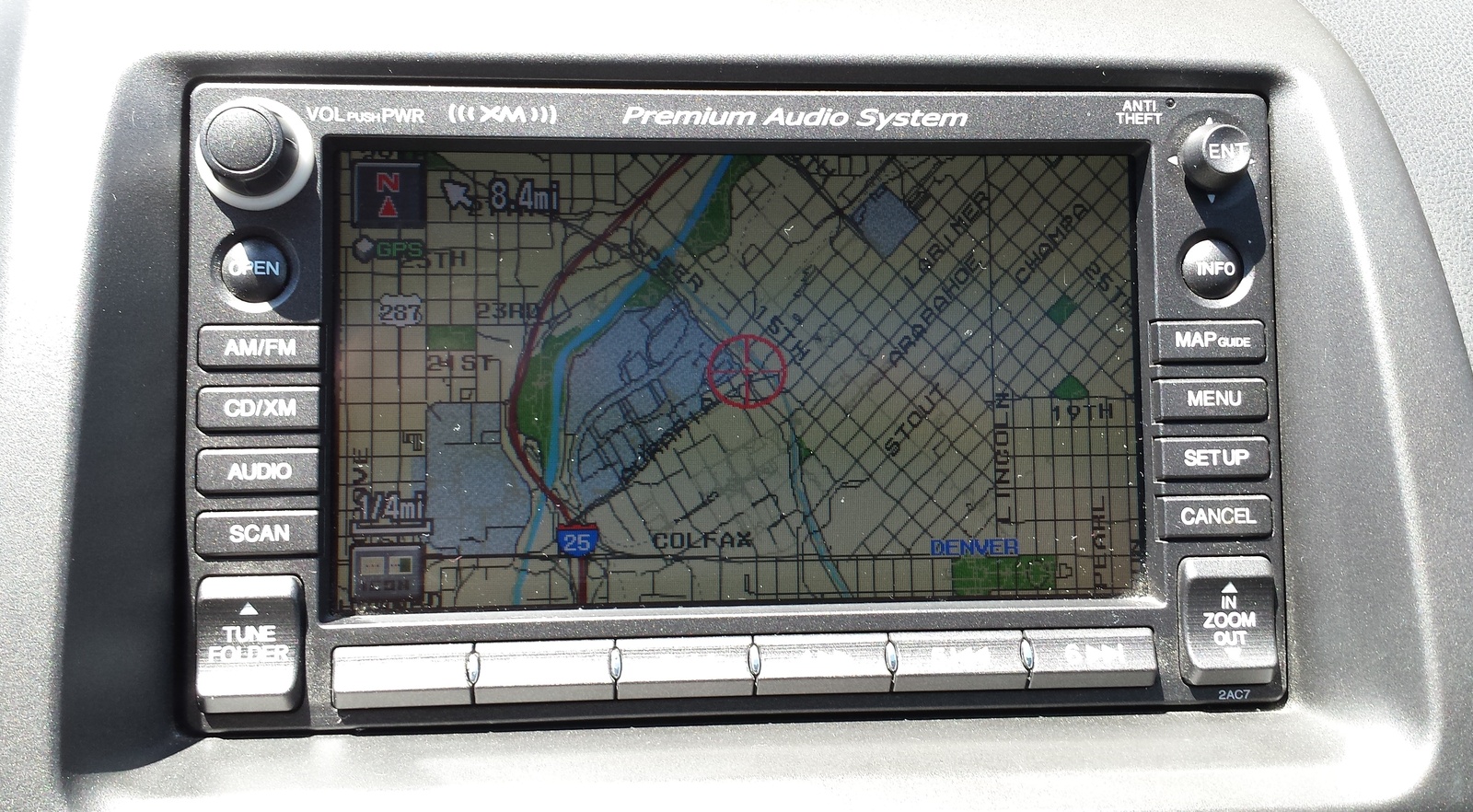 As mentioned, the base car has little more than four speakers. Other models have the upgraded stereo with AM/FM/CD capabilities, as well as a USB port for mobile music device connection.

The optional touchscreen navigation system is a rare feature in the 2007 car market. It's admittedly basic, and it may be worth waiting for the technology to advance before splurging on this feature. 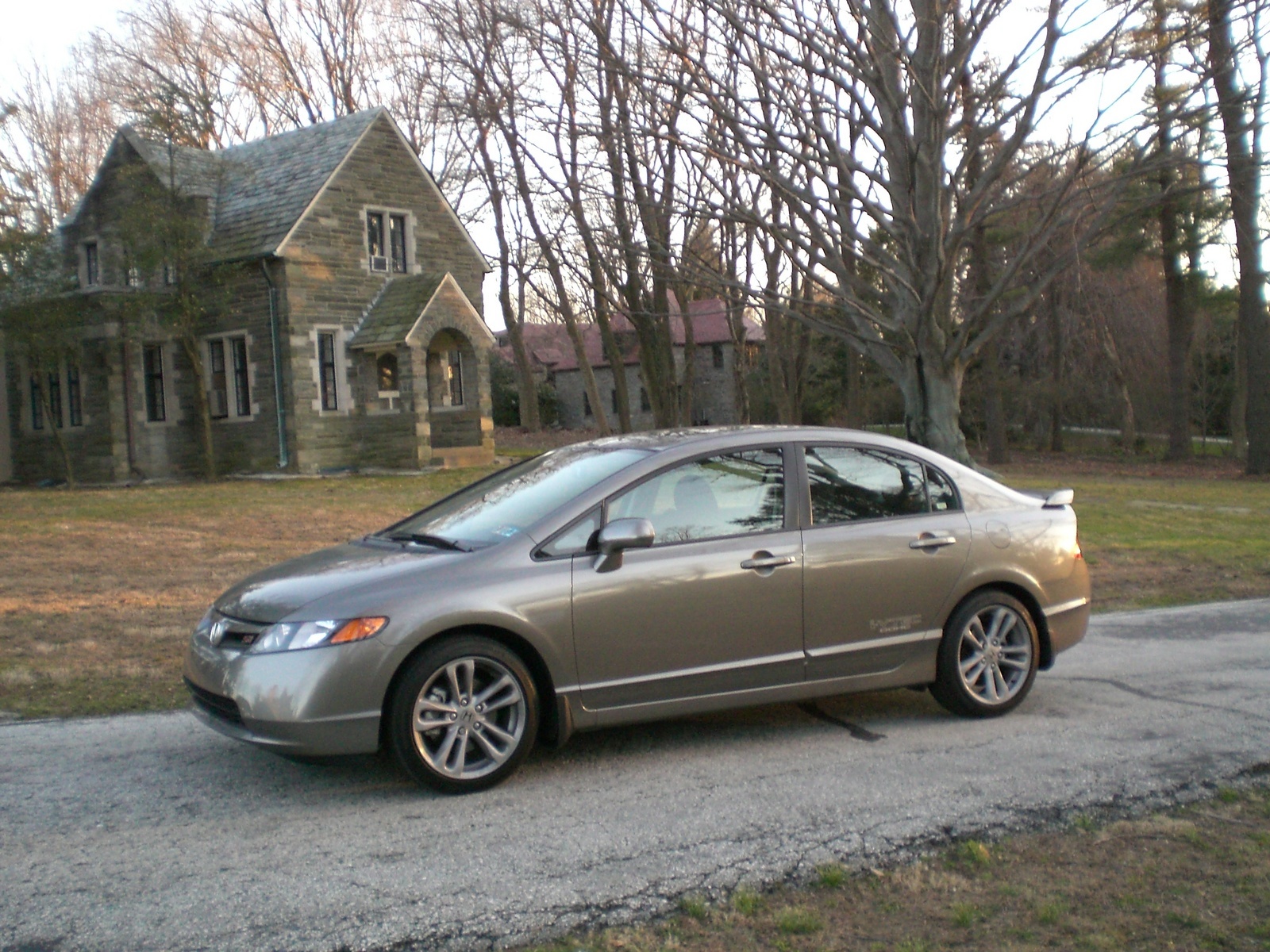 Standard safety features on the 2007 Honda Civic include 4-wheel antilock brakes (front discs and rear drums), electronic brake-force distribution, and a full array of front- and side-impact airbags. Moving up to the EX adds a remote anti-theft alarm system and upgrades the rear brakes from drums to solid disc brakes.

This car does not come with a reversing camera, but the system does have a port to add an aftermarket camera. If you purchase from a Honda dealer, it may be able to reliably install one. 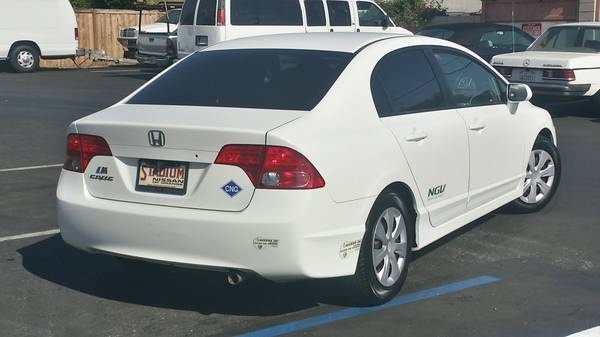 There are less expensive compact cars than the Honda Civic, but you’d be hard-pressed to find such a high-quality small car for the price. The Honda Civic drives well, is incredibly reliable, and it is efficient by 2007's standards.

The Toyota Corolla gives the Civic a run for its proverbial money in many areas, but Honda’s compact sedan remains a high-quality choice any way you slice it.

GuruG9JWB Doesn't matter what I think of the car. The dealer never called me after I requested information.

GuruG9JWB Doesn't matter what I think of the car. The dealer never called me after I requested information

Users ranked 2007 Honda Civic against other cars which they drove/owned. Each ranking was based on 9 categories. Here is the summary of top rankings.

Have you driven a 2007 Honda Civic?
Rank This Car

Flickering Headlights Are Start Up

When the ignition is turned to start the engine, the headlights flicker on a 2007 Honda Civic Coupe.

I really like the Hondas I might bring my price range up too 5000, but right know I would like to stay looking at the 3000 range. Every time I leave the cite it dose not stay where I left of so I ne...

Replaced front wheel bearings and hubs and new wheel sensors on my 2007. Reset ABS light jumping 9 and 4 terminal on OB2 port. It reset as normal. After driving about 3 miles ABS light came back on....

Made A Mistake On Resetting My ABS Light

I replaced the front wheel bearings, hubs, and wheel sensors, Took it down the road for a test drive ABS light came on. I jumped the port on the OB2 # 8 and 13 by mistake. I went on to jump # 4 and ...

Im looking in to buying a 2007 honda civic hybrid. It only has 63k miles on it and one previous owner. Im getting it at $5400 out the door which to me seems too cheap. I low balled and the salesmen...