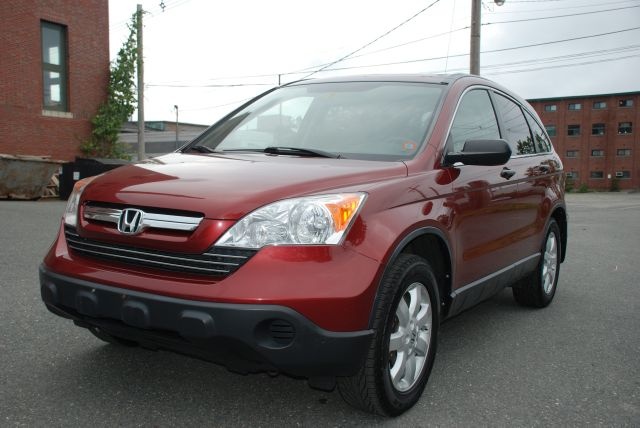 The 2007 CR-V is brand-new in its third generation. New exterior and interior style, more refinement, and higher fuel economy round out the big changes. A lot carries over, but some things are missing. 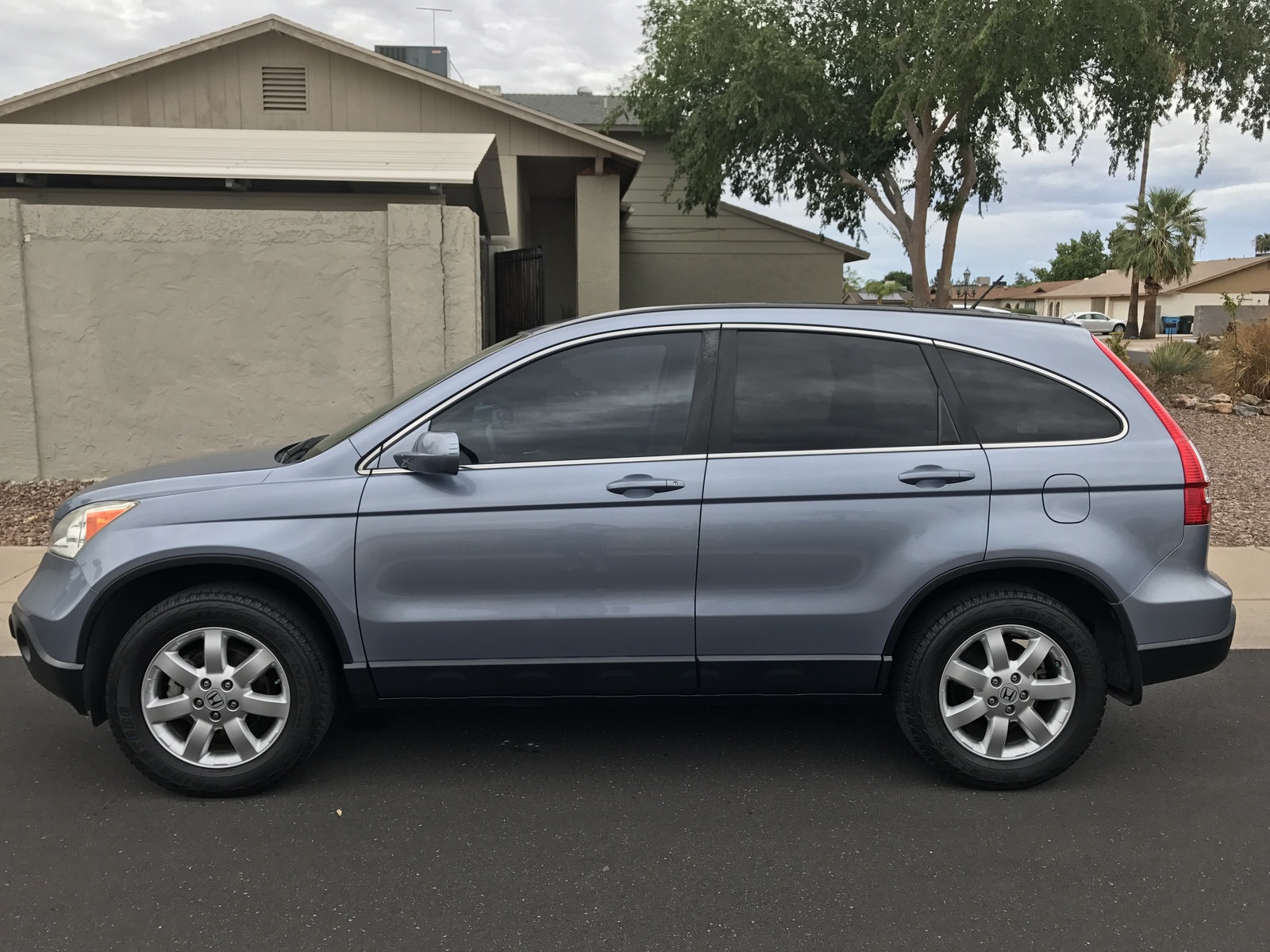 Gone is the CR-V's boxy persona. Also gone: The hatch-mounted spare tire. What's in are a sloping roof, streamlined body panels, and slimmer windows. This is a dramatically different CR-V than the first two generations, and yet it's more modern and carlike. The black plastic body cladding remains at shin height for that rugged adventure look, and the rear bumper's extended lip integrates neatly into the fenders and lower creases of each door. There's a weird double-chin effect at the front, with two grilles stacked atop each other. The half-moon shape of the side glass accentuates the CR-V as a sportier car, even though it's no such thing. But it looks great. The 2007 CR-V is 3 inches shorter than the previous model and 1.4 inches wider. The standard wheels are 17 inches in diameter, an inch larger than before.

Inside, the tall dash layout has been reshaped to accommodate newer technology, like an available navigation system, and there are more silver-painted accents and available two-tone colors that look more upscale. But you'll recognize this as a CR-V. 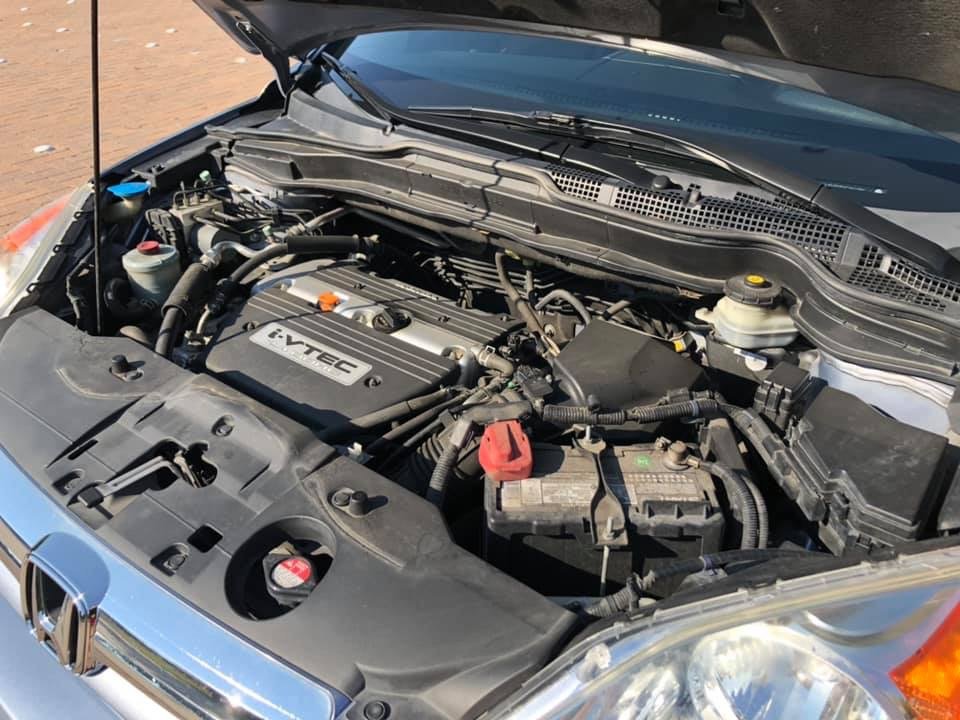 The same 2.4-liter 4-cylinder pairs with either front- or all-wheel drive. It makes 166 horsepower and 161 pound-feet of torque, which is nearly identical to the previous model year. The engine uses i-VTEC, which is the variable valve timing that Honda pioneered more than a decade earlier that can either maximize performance or fuel economy, depending on the driver's inputs. It's a smooth-revving (but somewhat noisy) engine that has enough power for a small SUV. A 5-speed automatic is standard on every trim. The 5-speed manual on the previous EX has been discontinued. Honda made moderate improvements to the suspension for an even smoother ride.

Fuel economy is EPA-estimated at 19 mpg city, 26 mpg highway, and 22 mpg combined for the all-wheel-drive model. The front-wheel-drive version is 20/27/23. 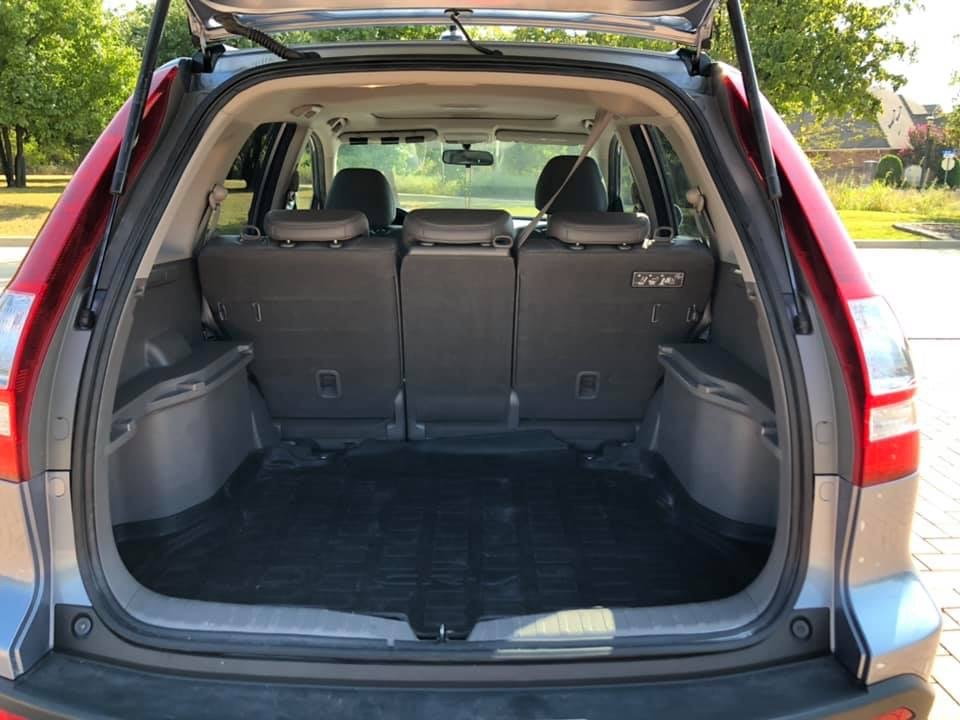 There's a problem with making a car sleeker: You can't see as well out of it. That's the main issue with the 2007 CR-V, especially those very small rear windows that leave bigger blind spots in their wake.

Still, that hasn't affected room or comfort. There is slightly more cargo space than before, at 73 cubic feet with the rear seats folded (they now split three ways instead of two) and 34 cubic feet with them raised. The awkward right-hinged tailgate is now a more conventional style, with hinge points that let the door swing up and out of the way for anyone walking past. Now there is also a telescoping steering column to match the tilt, and the high-mounted shifter has been positioned lower on the dash where most drivers will naturally reach.

Some of the CR-V's nifty storage units are gone, like the sealed compartment in the center stack. But the front seats still have their own fold-down armrests, and you'll find enough cupholders, big knobs, and switches to make your commute easy and simple to use. The folding picnic table that sits on the cargo shelf was ingenious, but it's gone, too. 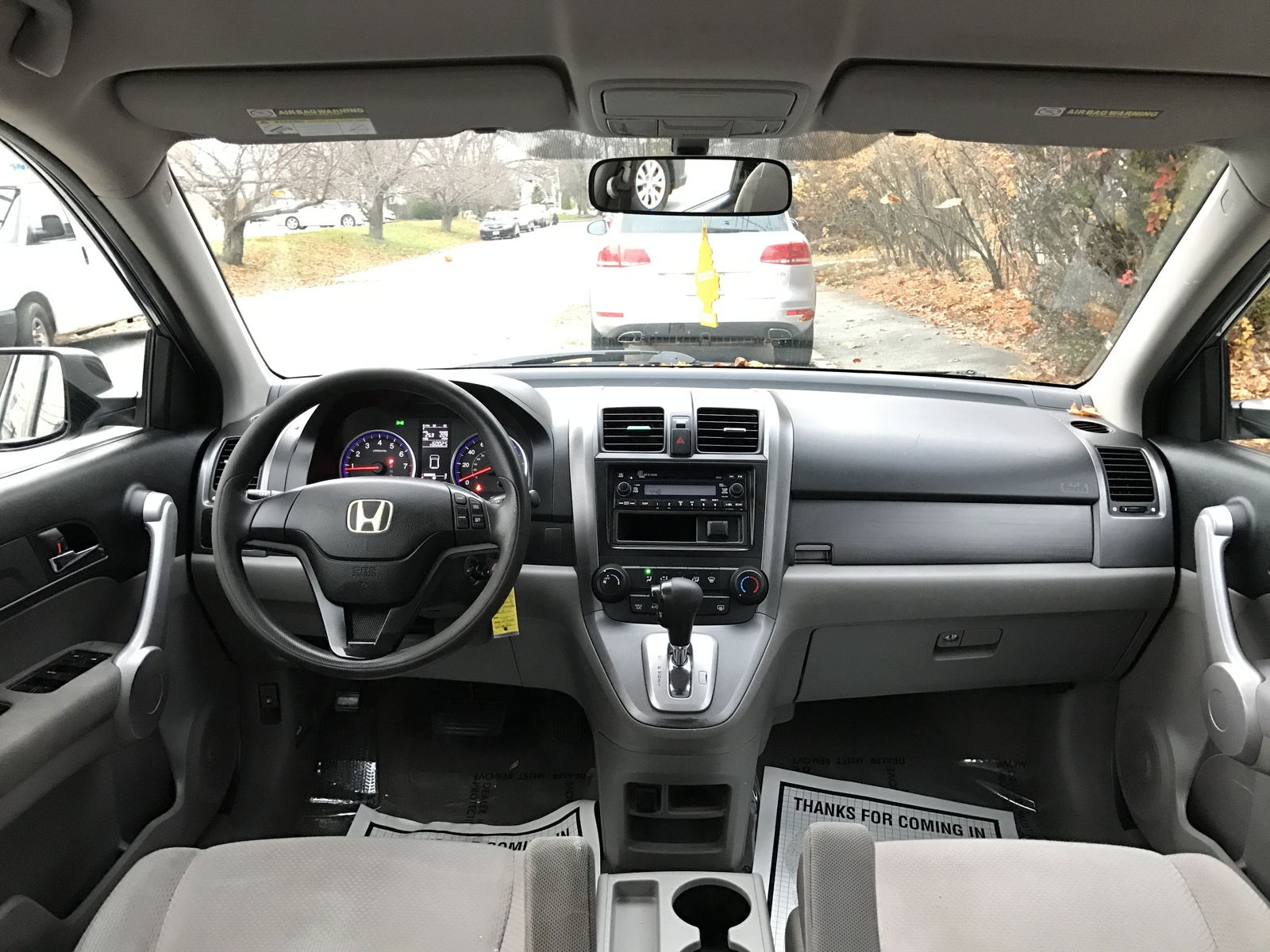 Navigation is now an option on the top EX-L trim, along with a reversing camera that eases some of the blind-spot problems inherent with the car's sportier looks. 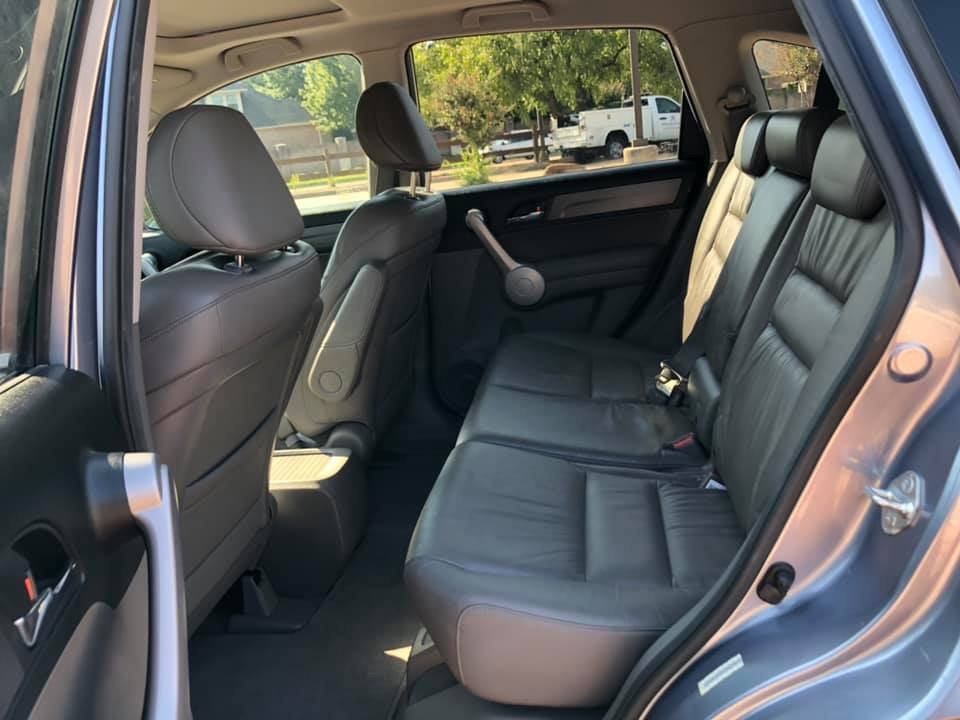 Standard since 2005: anti-lock brakes, stability control, front-side airbags, and head-curtain airbags. That's in addition to dual front airbags and traction control. The 2007 CR-V scored the top Good rating from the Insurance Institute for Highway Safety (IIHS) in the front and side crash tests, and five out of five stars for related tests run by the National Highway Traffic Safety Administration (NHTSA).

Update: Make certain any car you buy has had its front airbags replaced under the Takata recall. All CR-V models from the 2002-2011 model years, plus the 2016, have faulty airbags that can kill you or your passenger in a crash. 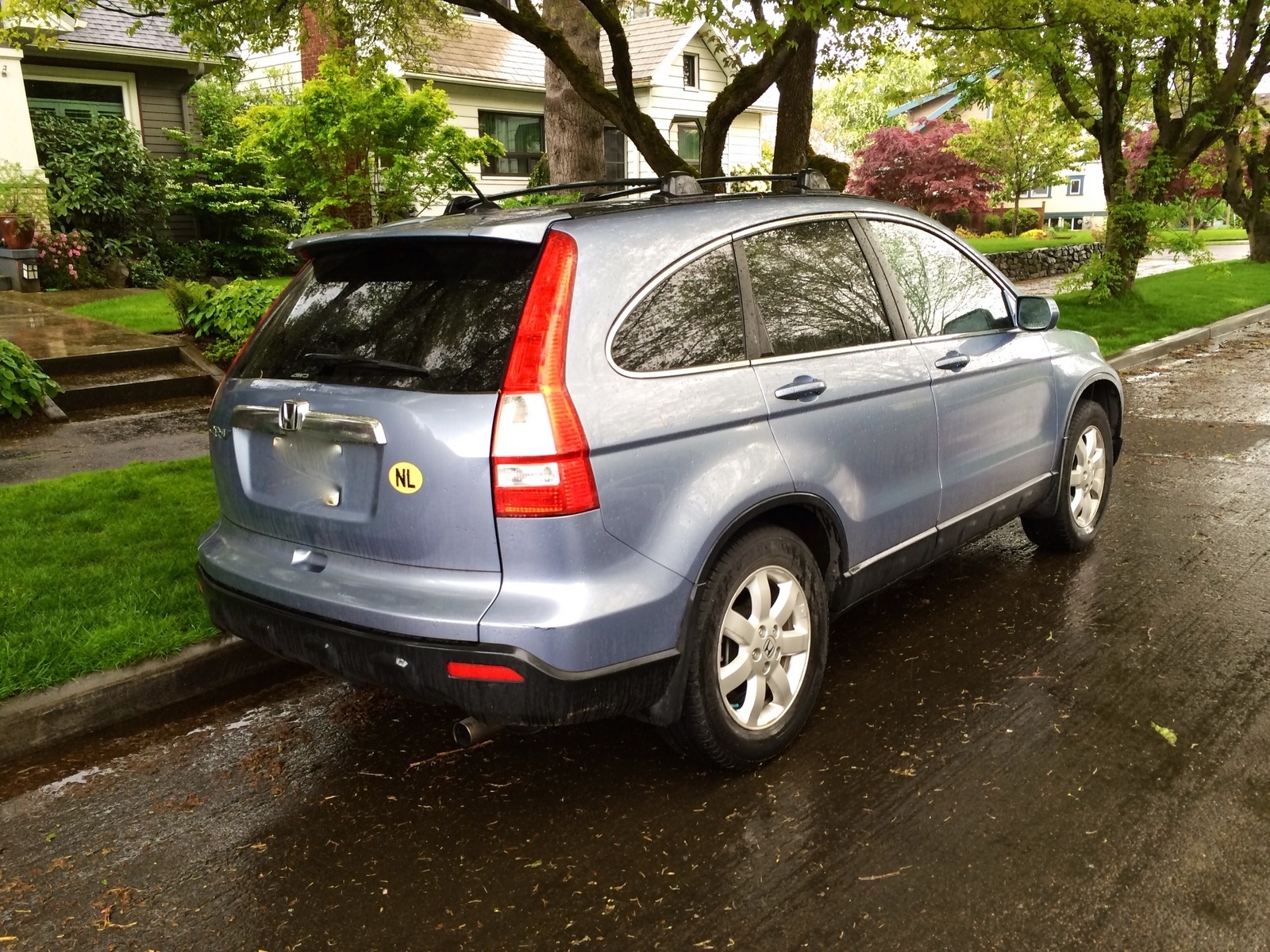 Prices for a new 2007 CR-V start at $21,195 for the LX FWD and range up to $28,595 for the EX-L AWD, when equipped with navigation. That's more money than the previous generation, and at its core, the 2007 CR-V doesn't drive or feel that much different. But so many of these vehicles will remain on the road many years from when they were purchased. They are well-built, reliable, and ace their mission as versatile, roomy cars with a hint of off-road capability.

stents3 For a all around solid SUV it can't be beat. Coupled with Hondas rep. for reliability, it's a winner.

Users ranked 2007 Honda CR-V against other cars which they drove/owned. Each ranking was based on 9 categories. Here is the summary of top rankings.

Should I Buy A Crv?

Dash Lights 2007 Honda CR-V Flickering On And Off

How To Verify Identity Without Driver License

How To Change Normal Radio With OEM Navi System?

i have Honda crv 2007 with normal radio. i bought OEM navigation system with dash board wiring harness. any body can guide me how to instal it? because i original car wiring harness is not compatabl...