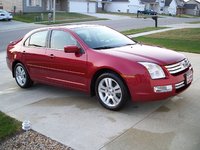 Following the nameplate’s stunning 2006 debut, the 2007 Ford Fusion returns to the midsize car market with more standard and optional equipment as well as a longer warranty. 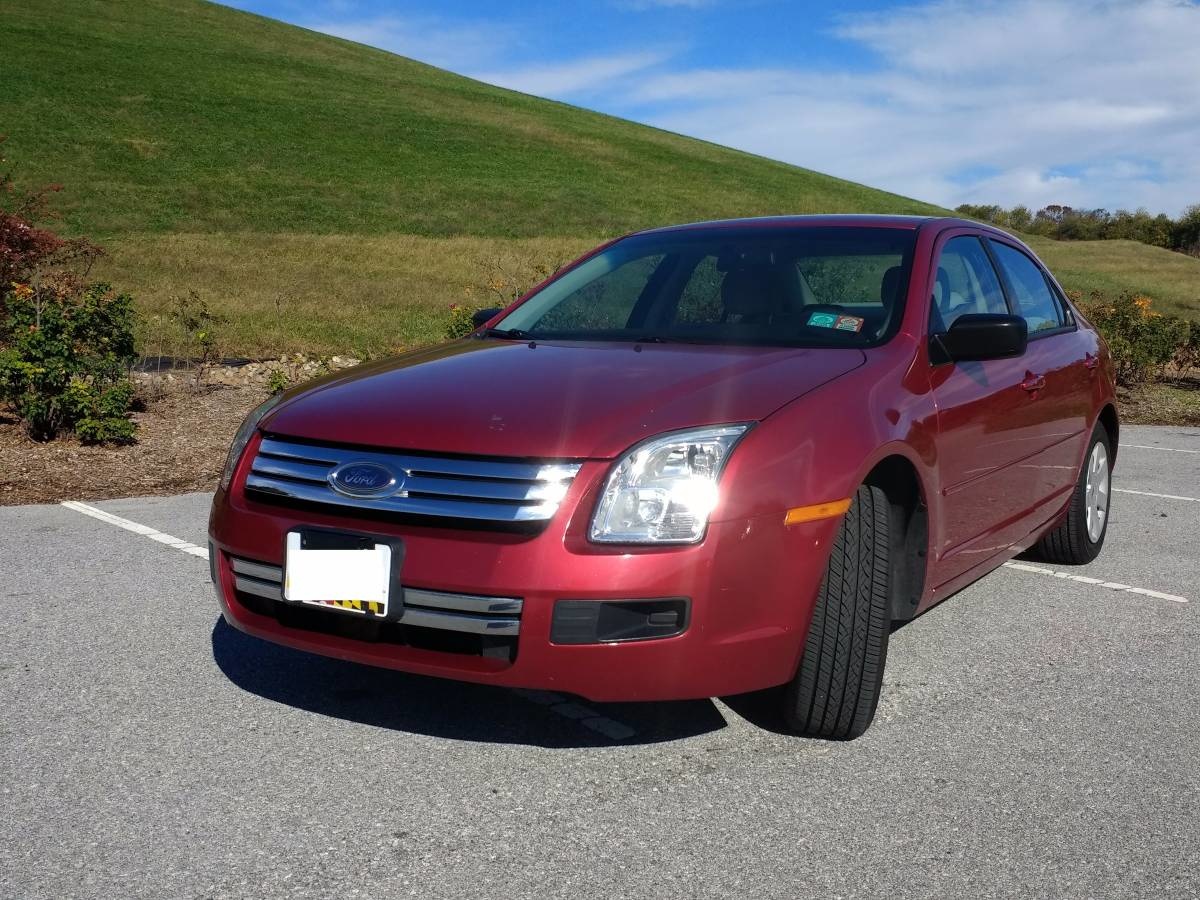 Given up for dead after the horrible third-generation Taurus tanked, Ford staged a remarkable return to relevance with the introduction of the Fusion. Now entering its second year of production, the handsome sedan improves in several ways. But in other ways, it's still playing catch-up to the class leaders. 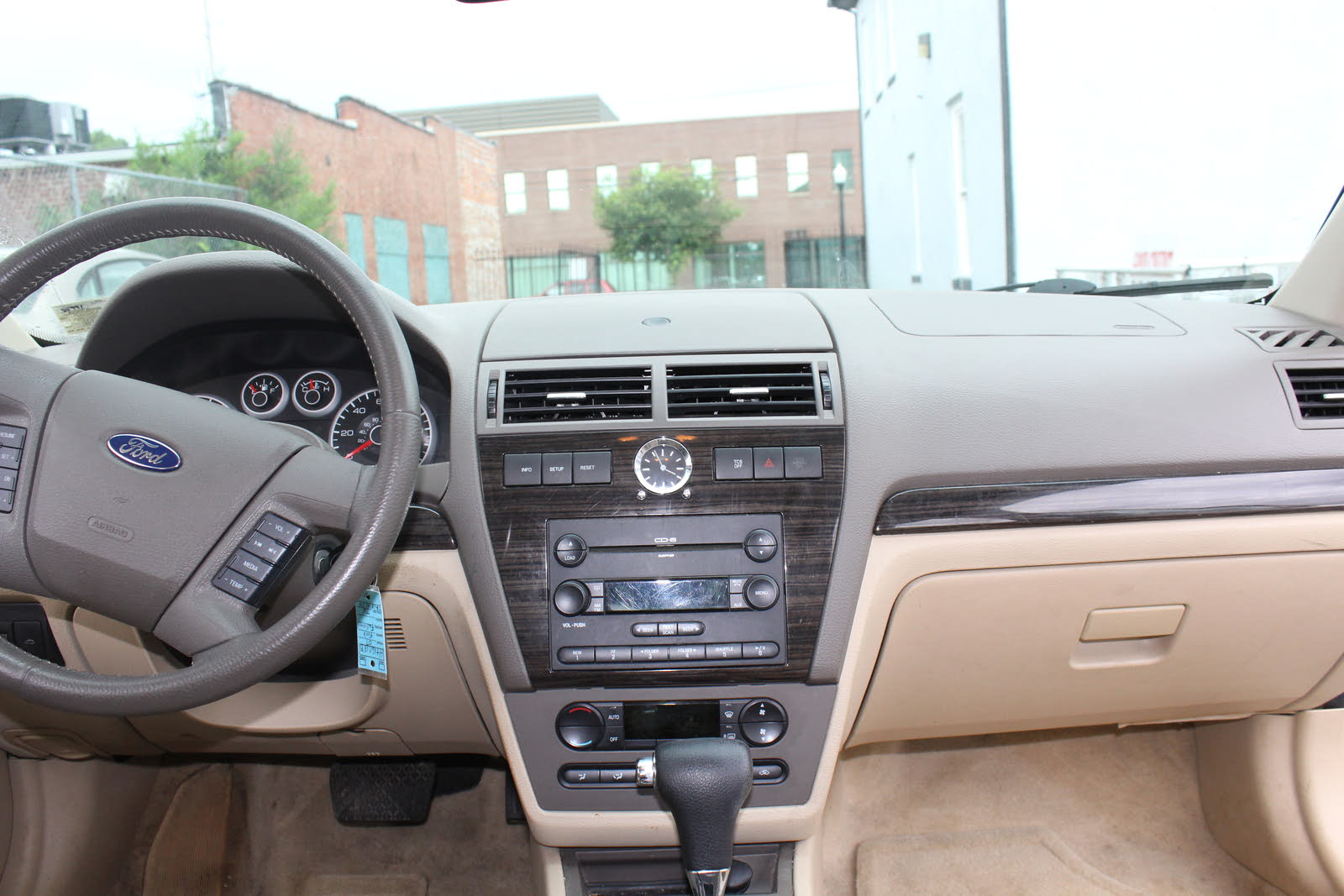 Crisply tailored and boldly detailed, the 2007 Ford Fusion’s styling reflects architectural influences and a hint of mid-century modern design. This is an appealing car, from its tri-bar chrome grille and squared-off headlights to its triangular clear-lens taillights. If there is a questionable element here, it’s the tacky chrome trim across the SEL trim level’s trunk lid.

Similar themes replay inside the Fusion, which refreshingly departs from Ford’s recent fascination with ovals, circles, and acute angles in favor of simple, conservative rectangular forms and surfaces. Aside from the oversized steering wheel, inexpensive looking plastic trim pieces, and Ford’s confusing trend of making buttons and rocker switches look like knobs, the Fusion’s interior is nicely executed. 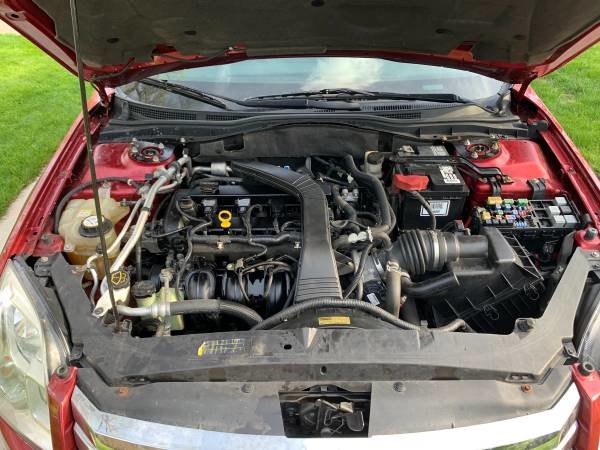 If the Fusion looks great, the driving experience is merely good. Mainly, this is due to the lackluster engine choices, which include a rather buzzy 160-horsepower, 2.3-liter 4-cylinder and a somewhat unrefined 221-hp, 3.0-liter V6. The 4-cylinder offers a 5-speed manual or a 5-speed automatic transmission, while the V6 is exclusively paired to a 6-speed automatic. Both have expanded warranty coverage for 2007, now measuring five years or 60,000 miles.

One genuine benefit of choosing a Fusion over most competitors is the optional all-wheel-drive system, which is new for 2007. It’s offered only with the V6 engine, making this midsize car suddenly more appealing to people who live in the Snowbelt states. Since Honda, Nissan, and Toyota can’t match the Fusion in this respect, AWD is a clear selling point.

Through its partial ownership of Mazda, Ford bases the Fusion on the same platform as the impressive Mazda6. That makes the car a little smaller than many rivals, but also gives it natural ride and handling traits that reward a driver. Nimble and athletic, the Fusion wants only for better powertrains to be truly satisfying to drive. 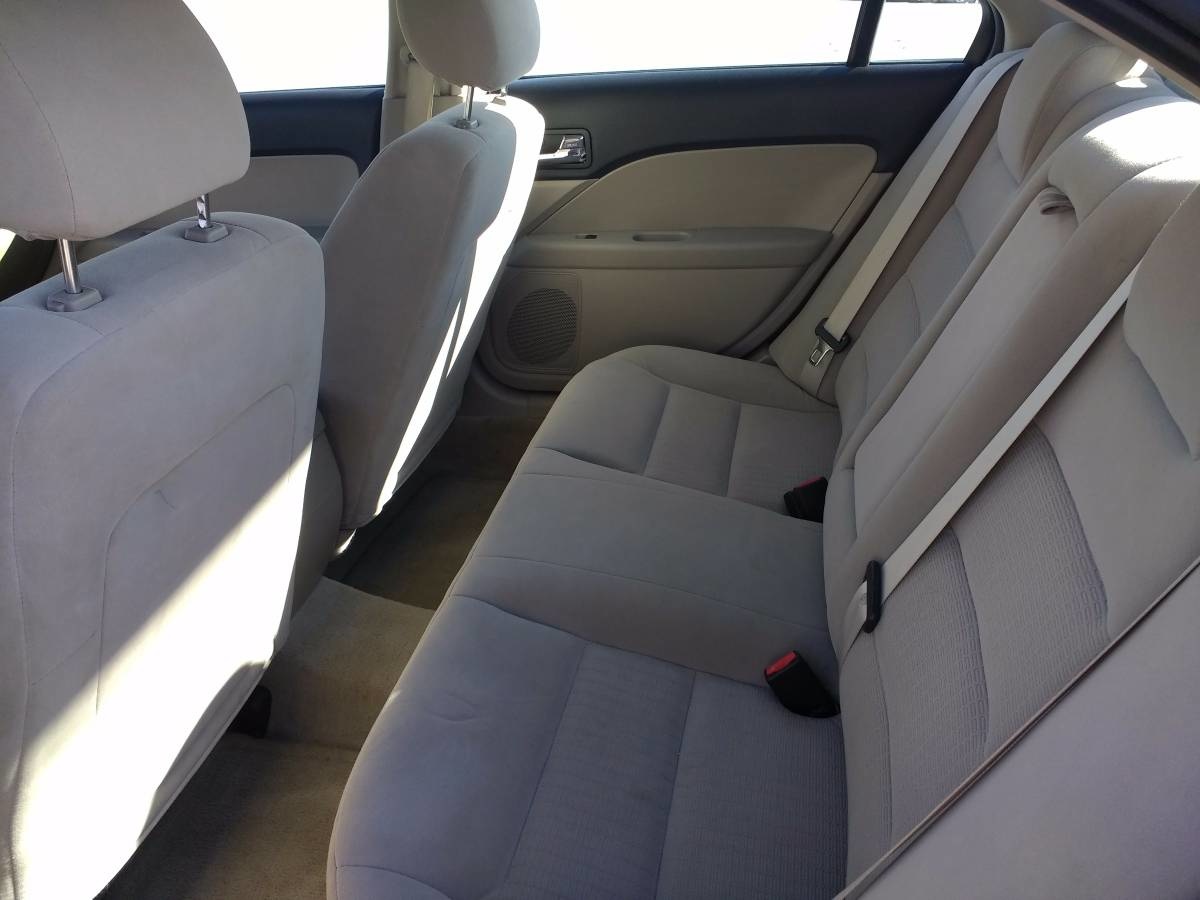 Because the Fusion is smaller than many rivals, it doesn’t offer as much interior space. Nevertheless, Ford makes the best of it, supplying comfortable front and rear seats with good leg support as well as a roomy 15.8 cubic-foot. trunk. Interior storage is mainly limited to the large bin under the center armrest and the covered cubby at the top of the dashboard.

Upgrade to the SE, and the 2007 Fusion adds a CD changer, aluminum wheels, and fog lights. The Fusion SEL now includes heated side mirrors, automatic headlights, and more. In addition to AWD, satellite radio and a navigation system are new options for the 2007 Fusion. 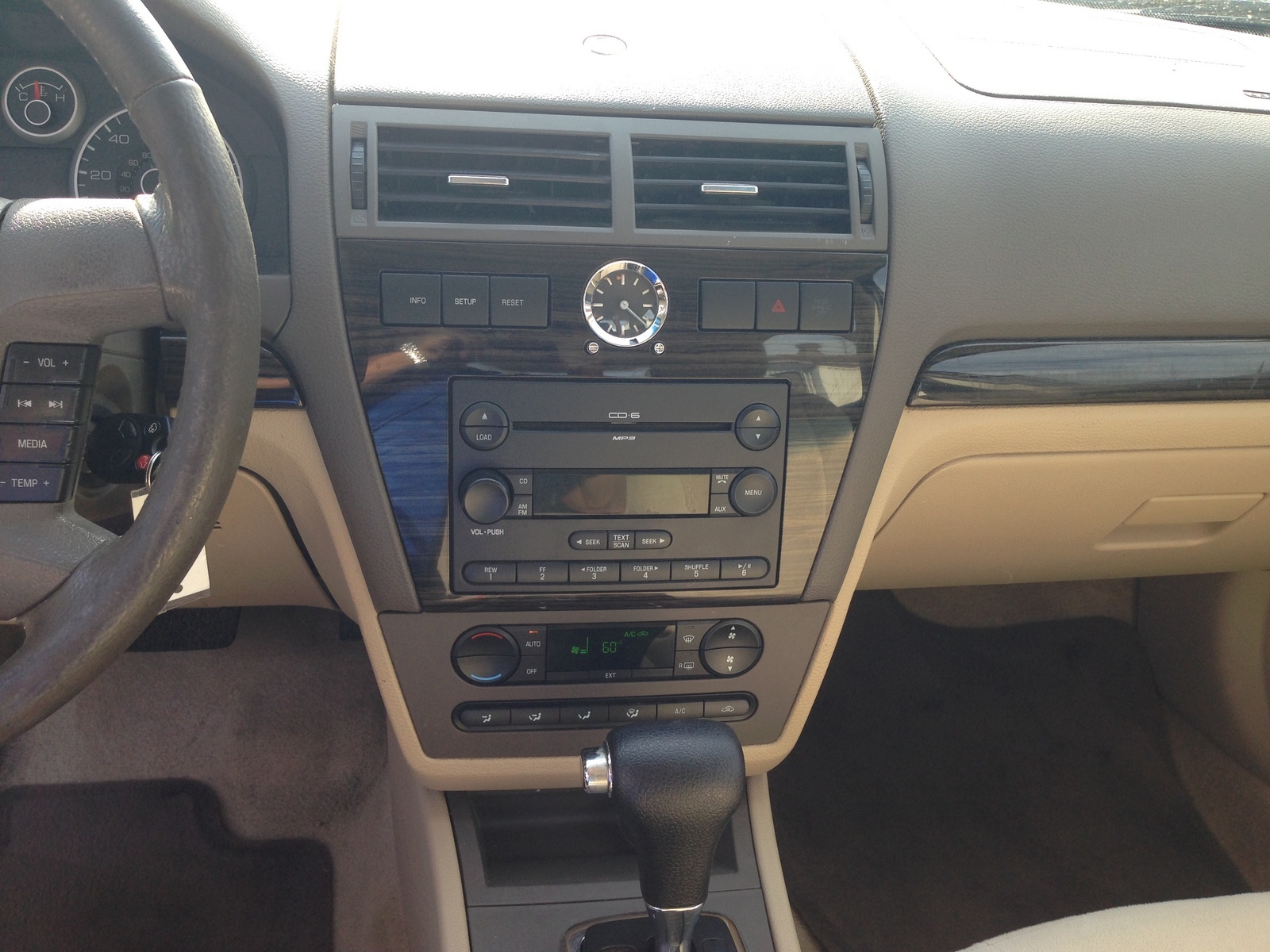 Aside from a CD player, an MP3 player, and remote keyless entry, the Fusion S is fairly devoid of anything qualifying as technological advancement. Instead, check out the Fusion SE for its 6-disc CD changer and trip computer, or the SEL which adds automatic climate control and an auto-dimming rear-view mirror.

New for 2007, satellite radio and a navigation system are available for the Fusion. Bluetooth, a cell phone pairing technology that supports hands-free calling, is not available even though it’s starting to show up in the Fusion’s rivals. 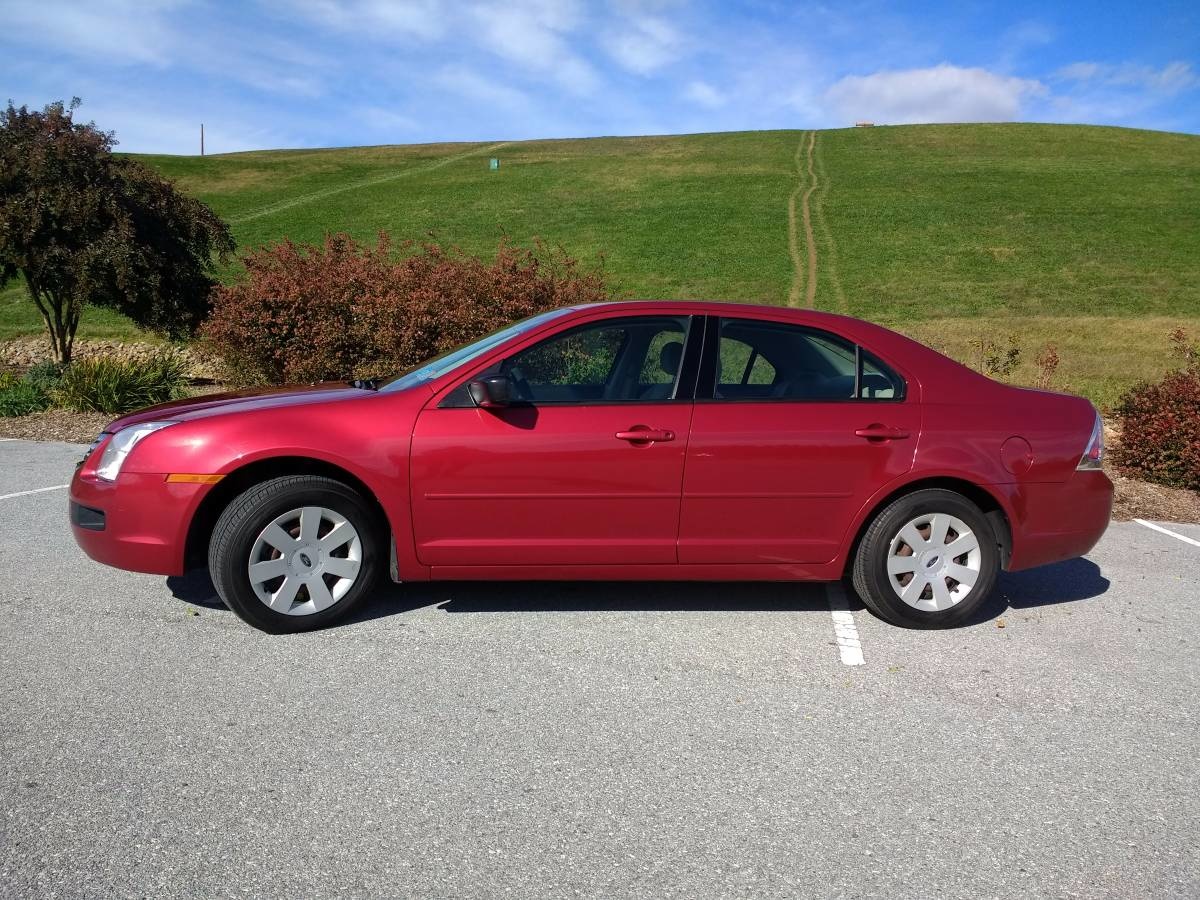 Ford also made some unannounced minor structural enhancements to the 2007 Fusion after the Insurance Institute for Highway Safety (IIHS) gave the 2006 model less than the best rating for moderate offset frontal-impact protection. Last year, the Fusion earned an Acceptable rating in this regard. For 2007, that rating improves to Good.

Similarly, the 2007 Fusion’s side-impact performance is better, and dramatically so. Last year, the car got a Poor rating for side-impact protection. This year, with the standard side airbags, it gets a Good rating. Do note, however, that roof crush strength remains Acceptable and the seats still do a Marginal job of protecting against injury.

In tests performed by the National Highway Traffic Safety Administration (NHTSA), the 2007 Fusion improves from a 4-star to a 5-star rating for side-impact protection for the driver. Otherwise, the ratings remain the same as the 2006 model, all 4-star results. Note that with AWD, the rollover resistance rating improves from 4 stars to 5 stars. 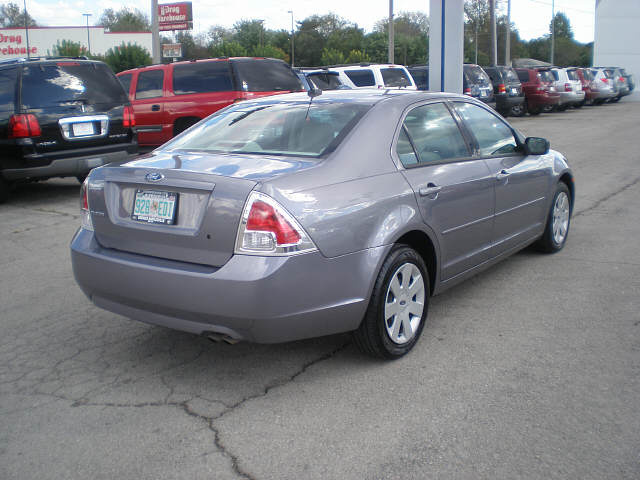 Given the number of changes Ford makes to the 2007 Fusion, the car is clearly a work in progress.

At the same time, the company doesn’t have a choice but to improve the Fusion in the areas that matter the most. Hugely important to Ford’s bottom line, the Fusion needs to be on a program of continuous improvement if the automaker expects to make up lost market share following the Taurus debacle.

For now, style, safety, and driving dynamics make the case for Ford’s sharply tailored midsize car. Value is a part of that equation, too. With a newly extended powertrain warranty, a base price of less than $18,000, and a loaded SEL with a V6 engine and AWD stickering for less than $25,000, the good-looking Fusion is a financially appealing alternative to Honda, Nissan, and Toyota.

Users ranked 2007 Ford Fusion against other cars which they drove/owned. Each ranking was based on 9 categories. Here is the summary of top rankings.

Have you driven a 2007 Ford Fusion?
Rank This Car

I Need Help To Return My Dashboard Display To It’s Usual Setting.

My dashboard display used to show the mileage of the car, etc. Now it tells me how many miles I have left before empty. How do I return it to the previous display. Thanks.

What Is The Most Common Reason For My O7 Fusion Not To Start?

My Power Window And Interior Light Fuse Keeps Blowing And I Was Wondering I...

My 2007 Ford Fusion literally turned off while driving the other day and will not start. It turns over and lights and radio come on, but car will not crank. There is also a light with a car and l...