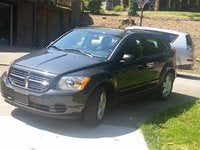 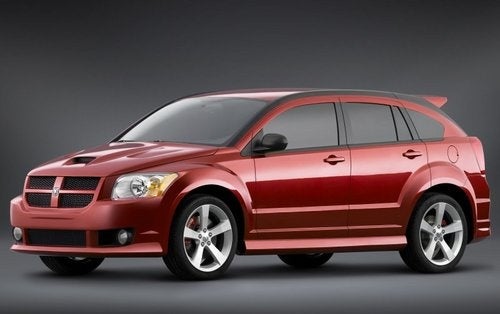 An adequate but underwhelming preview to the small crossover class. 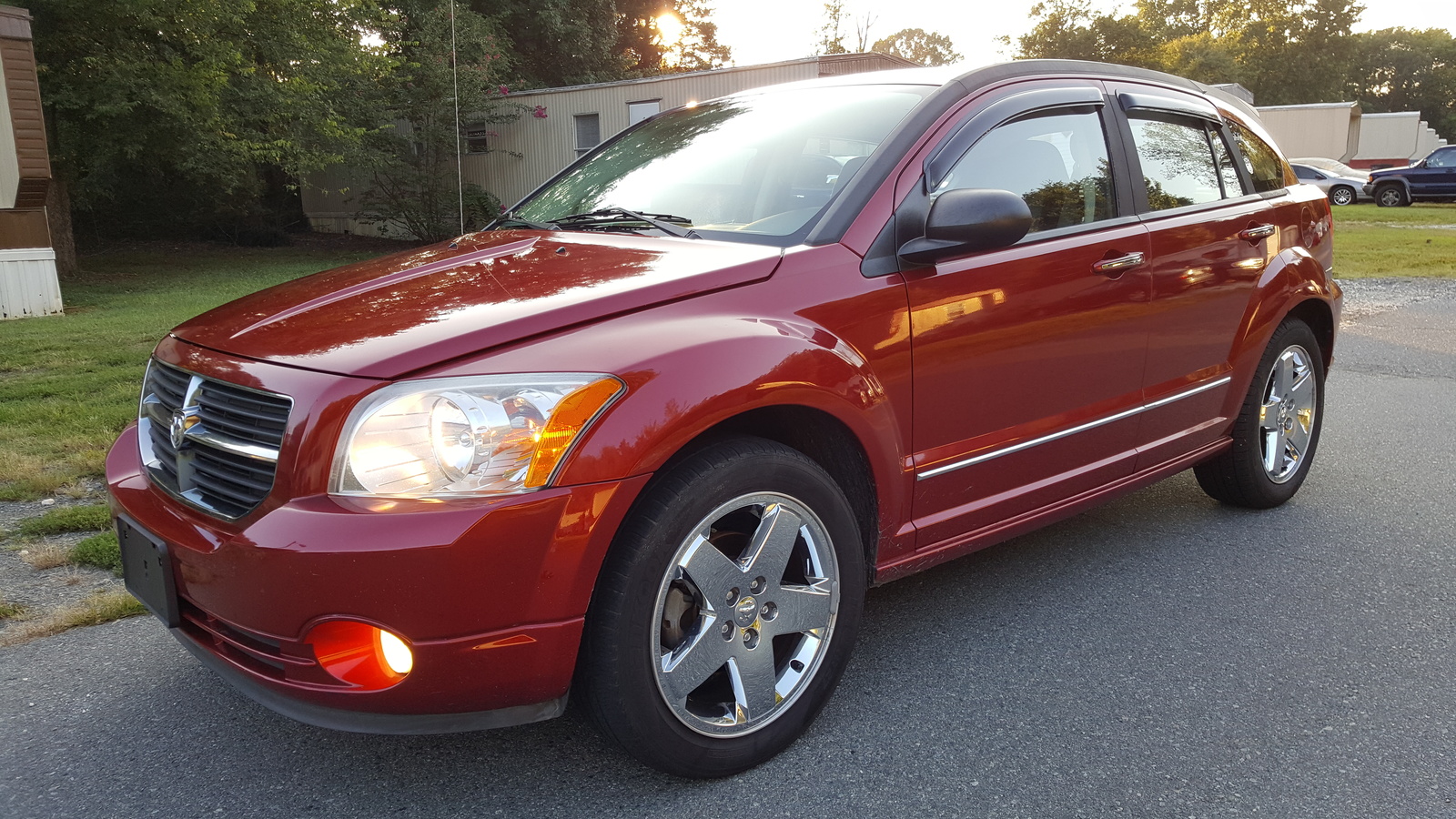 Replacing the Neon sedan for 2007 is the Caliber, a 4-door hatchback that sits higher than a conventional compact car and lower than many compact SUVs. While it packs some nifty convenience features and good safety ratings, the Caliber is a mediocre performer in everyday use and is not a car we'd recommend. 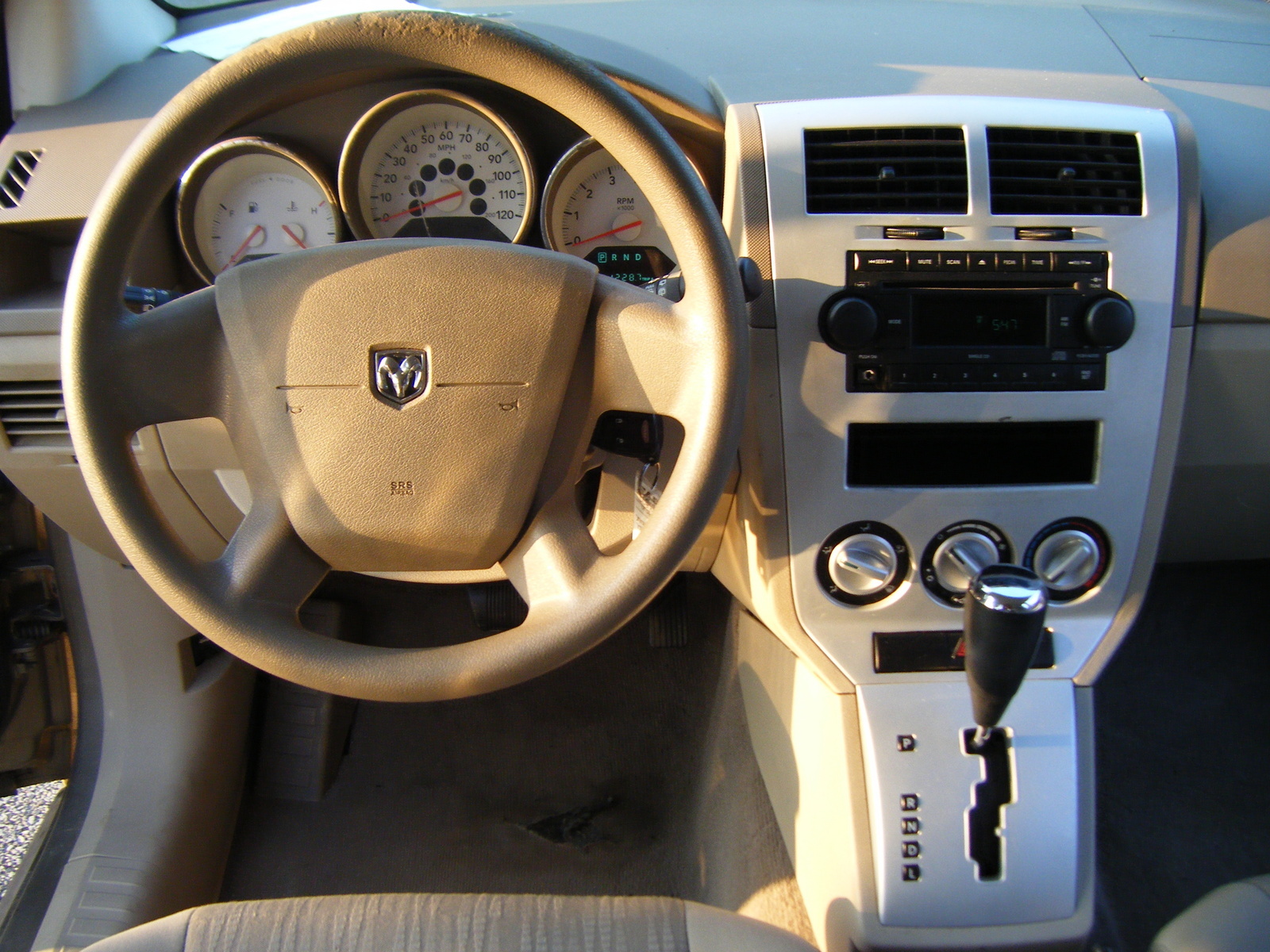 The Caliber patterned its chunky styling after the Magnum station wagon, Durango SUV, and Caravan minivan. It's a bold and imaginative design. Thick bumpers, swelling fenders, a tall roof, and a sloping hatch are most fetching with the R/T trim's polished chrome 18-inch wheels. The standard 17s are unimpressive. The blackout trim surrounding the rear hatch glass that extends upward along the roof performs a visual trick to make the roofline appear lower and more coupe-like than it is. Overall, though, the Caliber is not a handsome thing.

The Caliber's interior might be one of the world's worst places to sit. Brittle, hard, and sharp plastics line every surface, and it doesn't matter if you choose the cheapest or most expensive Caliber—which costs over 20 grand. The fit and finish are poor. The black on white gauges look good, as do the silver-painted climate controls and the silver center stack. But compared to rivals from Ford and Mazda, Dodge appears to have cut corners everywhere it could. 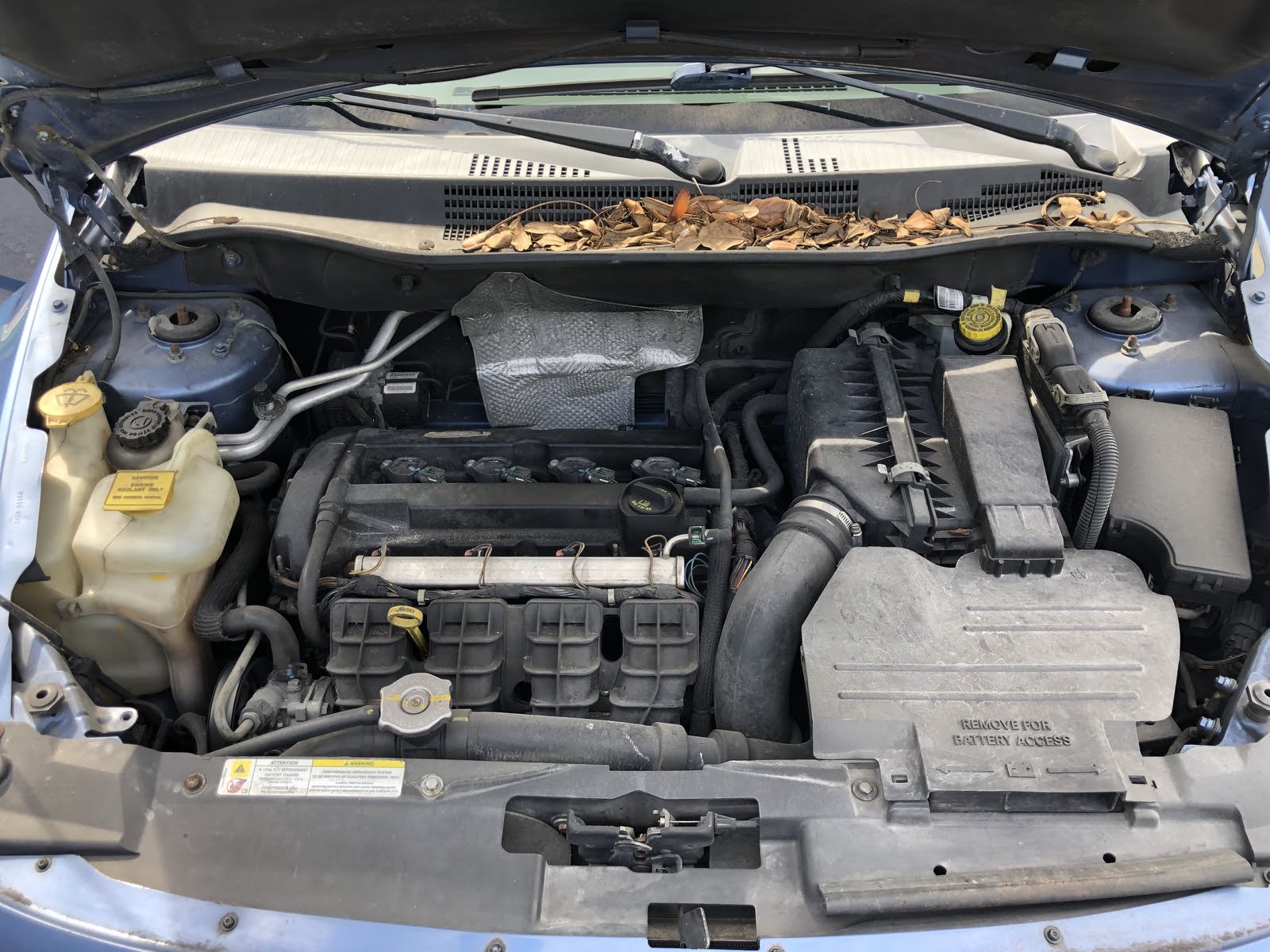 Three engines are available. The base SE and midlevel SXT have a 1.8-liter 4-cylinder with 148 horsepower and 125 pound-feet of torque. They pair with a 5-speed manual transmission, which is superior to the laggy, noisy behavior from the continuously variable transmission (CVT) that comes with the 2.0-liter engine, an option on either trim. That engine delivers 158 hp and 141 lb-ft. Front-wheel drive is the only choice unless you find an R/T, which brings all-wheel drive, a CVT, and a 2.4-liter version of that 4-cylinder, good for 172 hp and 165 lb-ft of torque. Every Caliber but the R/T feels slow, in part because it's a heavier car than sedan and hatch rivals with similar engine output. Handling is also poor considering the Caliber's small size, with low grip and languid steering response. The R/T is better, as it comes with a stiffer suspension and larger tires. You won't feel the refined ride of a Ford Focus. Road noise pours into the cabin. 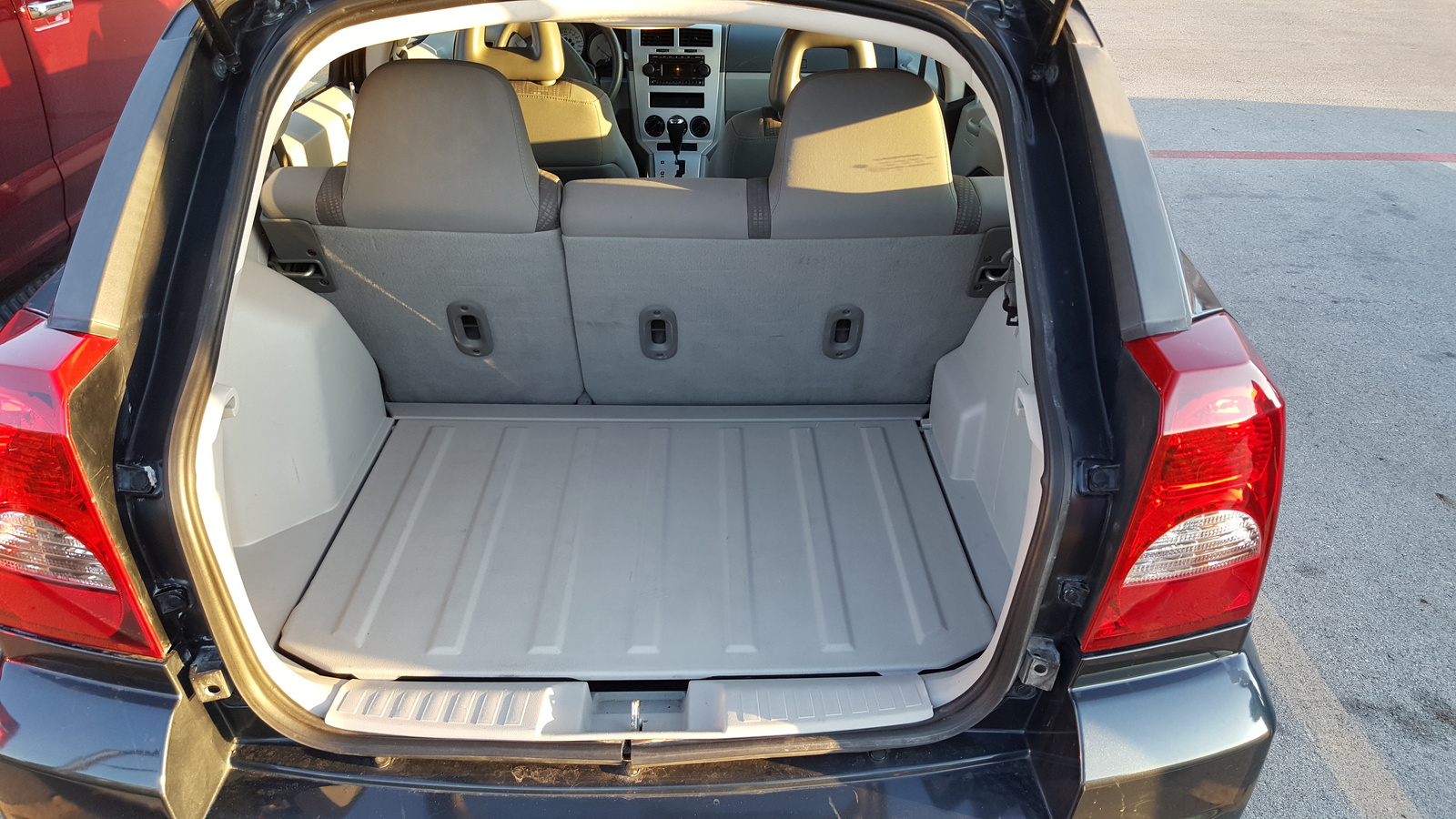 There are some unique innovations to an otherwise shabby interior. A "Chill Zone" on the passenger-side dashboard opens up an air-conditioned bin large enough for four 20-ounce bottles. The front passenger seat can fold down. Out back is a rechargeable flashlight that stows in the roof.

But the Caliber isn't as roomy as it appears. The sloping roof and high seating position limit headroom for rear passengers, and their legroom is sparse. The doors don't open wide enough, as those large fenders block ingress. The steering wheel does not telescope. At least the front seats are supportive and the controls are simple to operate. Cargo space is good, however, at 19 cubic feet or 48 with the rear seats folded. A trailering package adds wiring and an engine oil cooler, but no hitch. 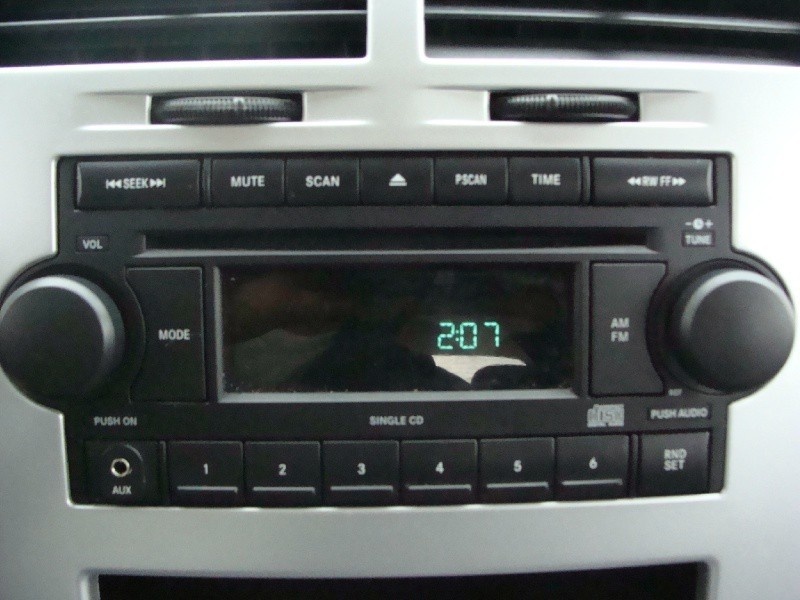 Standard on SE trims are a four-speaker CD stereo with an aux jack, folding seats, and manual everything. The SXT brings power windows, power mirrors, keyless entry, air conditioning with the drink cooler, and an AC power outlet. Most of these features are optional on the SE, in addition to Sirius radio, a nine-speaker Boston Acoustics stereo, and six-disc CD changer. More options include cruise control, a moonroof, compass, outside temperature gauge, garage door opener, auto-dimming rearview mirror, leather, heated front seats, and Bluetooth phone connectivity. The R/T has most of these items as standard. 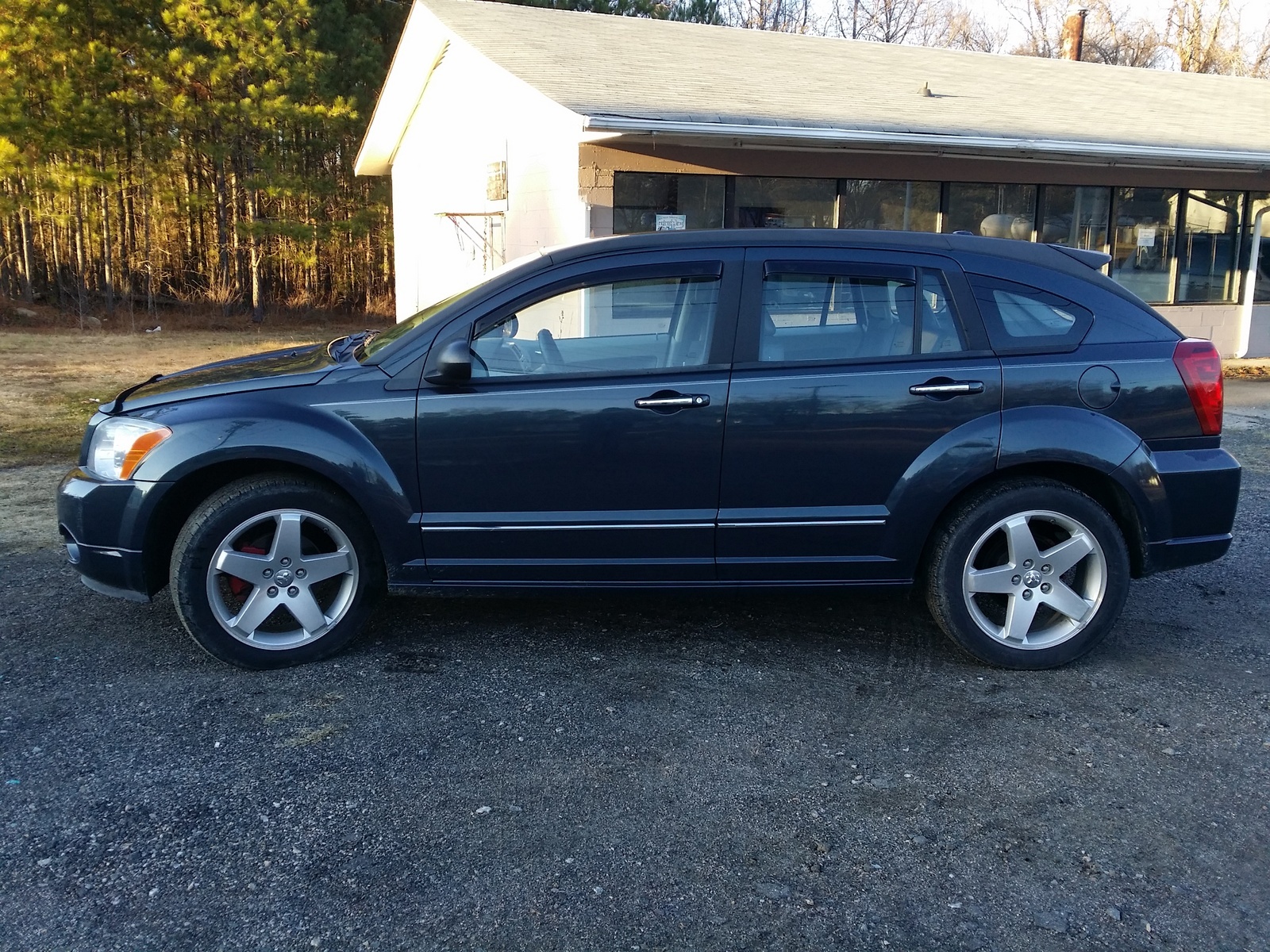 Dual front airbags, a driver's knee airbag, and front/rear head curtain airbags come standard, but front side airbags are not offered. Traction control and stability control are also unavailable. Anti-lock brakes are optional on SE and SXT trims but standard on the R/T. Crash-test ratings are the Caliber's strong suit. It scored five out of five stars for frontal crash and side crash tests (and each for driver and passenger) conducted by the National Highway Traffic Safety Administration (NHTSA). The Insurance Institute for Highway Safety (IIHS) rated the Caliber its top Good rating in a frontal crash but only Marginal for the side crash test because of a greater potential for injuries to the driver's head and neck. 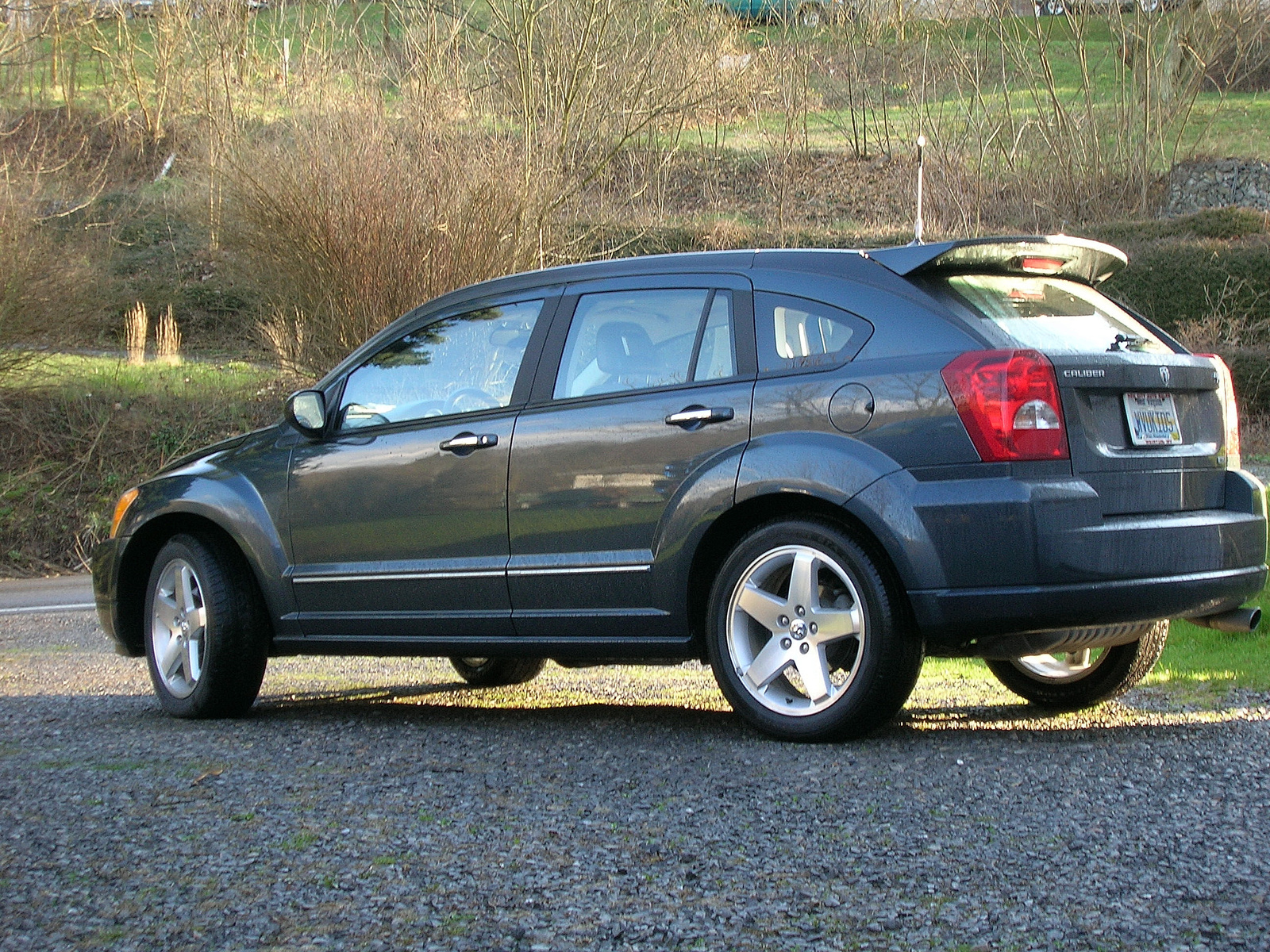 The 2007 Caliber has a base price of $14,135 for the SE, and it increased to $20,230 for the R/T AWD, before options. Given the poor-quality interior, awkward styling, and underwhelming performance, we can't recommend shopping for a Caliber unless the price is unmatchable elsewhere.

Guru94PVBL If your an average blue collar, red neck, and your ancestors could have been W.A.S.P.'s, your aversion to made in _____ as well as all things of cheap plastic, or weak alloy, this car is not you. If your a student studying here, business minded and cost efficiency is only ussurped as #1 by room for a surfboard or make-out space, besides the m.p.g. value in the big pic., Unless you have the cash for a lithium battery operated TESLA, then this is your car. Or asian. You will like it too. I am. (Psyche!)

Have you driven a 2007 Dodge Caliber?
Rank This Car

Hi, I have a 2007 Dodge Caliber SXT, never had any problems with it until about a month ago. I was driving when all of a sudden the radio, heat, lights, etc. cut out. I pulled over and put the car in ...

Why Does My Car Has No Power

my girlfriend hit a pole and the wires fom the lights wee hanging down but the car still drove. a few days later while i was driving the car died . I think when i was turning the tire pulled on the ...

My oil transmission temperature symbol appear and square around each P R D N and the number 8 next to it what does that mean ?