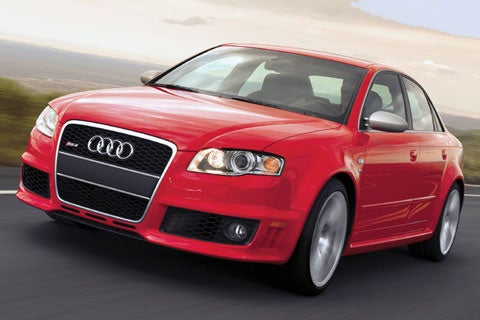 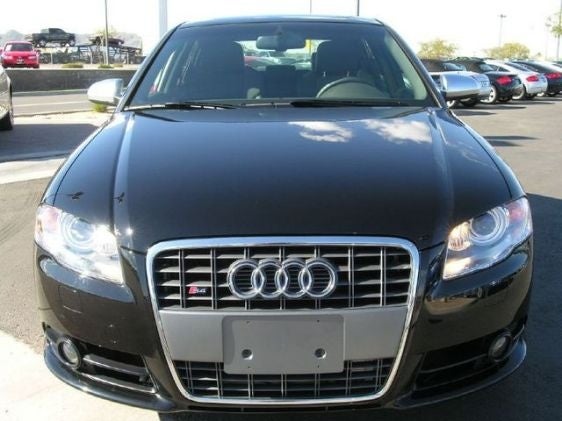 The biggest update for the 2007 Audi S4 is that the Cabriolet convertible gets the gaping Audi grille already seen on the sedan and Avant wagon, plus the standard interior brushed aluminum trim. It also receives some cosmetic changes to the head and taillights and gets four oval exhaust pipes (distinguishing it from the sedan and wagon). A new acoustically-engineered soft top is supposed to reduce wind and road noise in the convertible.

The 2007 S4 sedan and wagon remain virtually unchanged, except for new 18-inch tires. A power sunroof is now standard on both, and an improved sound system will play MP3-encoded CDs. On the sedan, an exterior package can be purchased that adds front and rear carbon-fiber bumpers and spoilers, for a sportier look. All three cars still carry the powerful 4.2-liter, 340-hp V8 with standard 6-speed manual transmission or optional Tiptronic. Quattro AWD capability is across the line. One disappointing change for 2007 is that Audi is dropping its free maintenance program.

The 2007 S4 is still a great combination of elegance, sophistication, and pure adrenaline-rushing fun. What makes the S4 stand out is its versatility. It is practical as a family car -- the Avant wagon and sedan have 60/40 split rear seats, and the wagon features cargo net, retractable cover, and roof rails. It is a luxurious business car, with its standard power features and heated leather seats. It is an outdoors adventurer, with the cargo capacity of the wagon and AWD technology. And it is a sports car, with the Recaro supportive seats and side bolsters, exterior spoilers, V8 engine, and noisy exhaust.

The most common complaints are the lack of adult legroom in the backseat and the poor fuel economy. The 2007 S4 sucks up gas like a starving anteater. But that doesn't overshadow the significant plusses, including the thrilling speed, quick acceleration, responsive steering and short-throw shifting, unbeatable quattro, and a smooth and quiet ride (even in the convertible).

R8 Led Lights Available For The B7 S4?

Anyone know where you can get those nice leds on the R8 on the market? And if it was possible to install them on the car?

it drives fine for a while and then your get in it to come home and it wont start,everything normal turns over just wont start. si there could be 15 mins could be an hour then try it starts fine and...

Just Got Cab Three Days Ago. On Highway Get Sound That Sounds Like Turbo Wh...