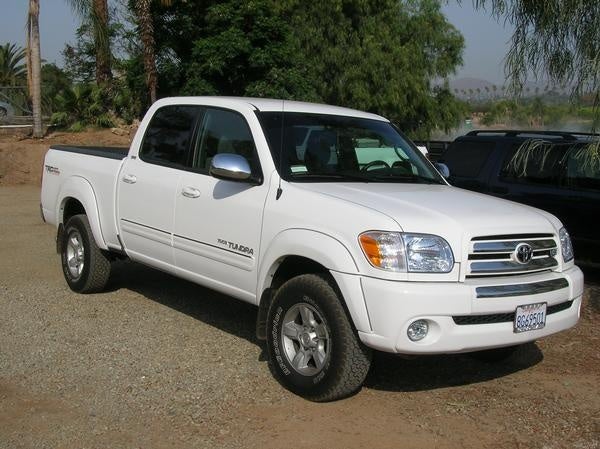 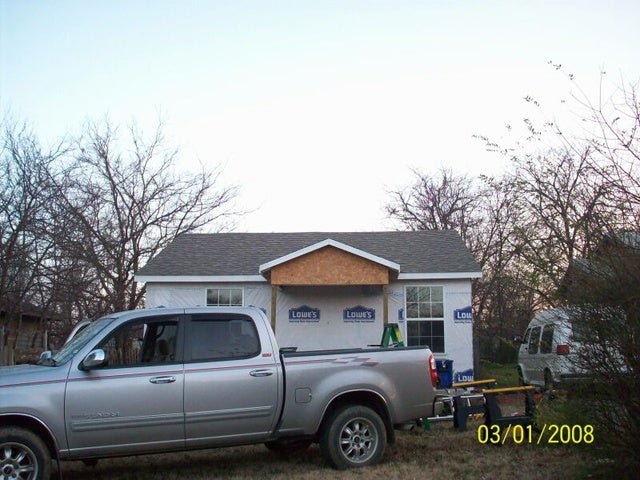 The 2006 Toyota Tundra continues to impress potential Ford and Chevy converts. Continuing on its "smaller full-size pickup" theme, the Tundra still comes standard with a 4.0-liter V6, with an optional 4.7-liter V8.
Few changes were made to the 2006 model in anticipation of a complete redesign for 2007. There are twenty variations available for 2006, as the Tundra exemplifies Toyota's pursuit to build a truck for everyone. Three cab sizes are offered, and available trims include base, SR5, Limited, and a special Darrell Waltrip Edition.
The base engine remains the 4.0-liter DOHC V6 rated at 236 horsepower and 266 lb/ft of torque. The higher-end is a 4.7-liter DOHC 32-valve V8 rated at 271 horsepower and 313 lb/ft of torque.

Alfetta_2084 100221 miles on my 2006 Tundra. Everything is original. Runs like new. Like the size of the 06 Tundra. Gas mileage could be better. I'm an conservative driver. Overall mpg usually 15.5. Best truck out there. Loveit. Oh by the way have a perfperformance chip and Borla cat back dual exhaust. I'm 76

Users ranked 2006 Toyota Tundra against other cars which they drove/owned. Each ranking was based on 9 categories. Here is the summary of top rankings.

Have you driven a 2006 Toyota Tundra?
Rank This Car

No Crank No Start

Toyota Tundra 06 will not crank/start. It has a charged battery and the fuse looks ok. People have suggested it is the neutral safety switch. How can I test it?

My 2006 Toyota Tundra has an unpleasant odour to it when I first start it up and turn the heat or a/c on. Just wondering if there is a cabin filter that needs to be changed or if anyone else has ha...

My 2006 Tundra has a slipping problem in 1st and second gear but once it kicks in past third its fine.. I never had this problem until one time I needed a jump start and someone hooked up / the jumper...

How To Prove If My Used 06 Tundra Crew Is A DW (Darrell Waltrup)? Thank Yo...

Bought a used 06 tundra recently and was told it was a DW edition. There were no markings and the pin stripe is mostly gone on an all black with crome grill and rear bumper and mirror fronts.SR5 on ...

135 views with 2 answers (last answer about a year ago)

How Does A Salvage Title Affect Resale Value?

My tundra was salvage titled when I bought it how should I price it when I try to sale?