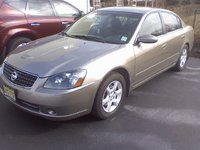 The Nissan Altima is a refreshingly sporty entrant in the midsize sedan set, especially in SE-R trim. 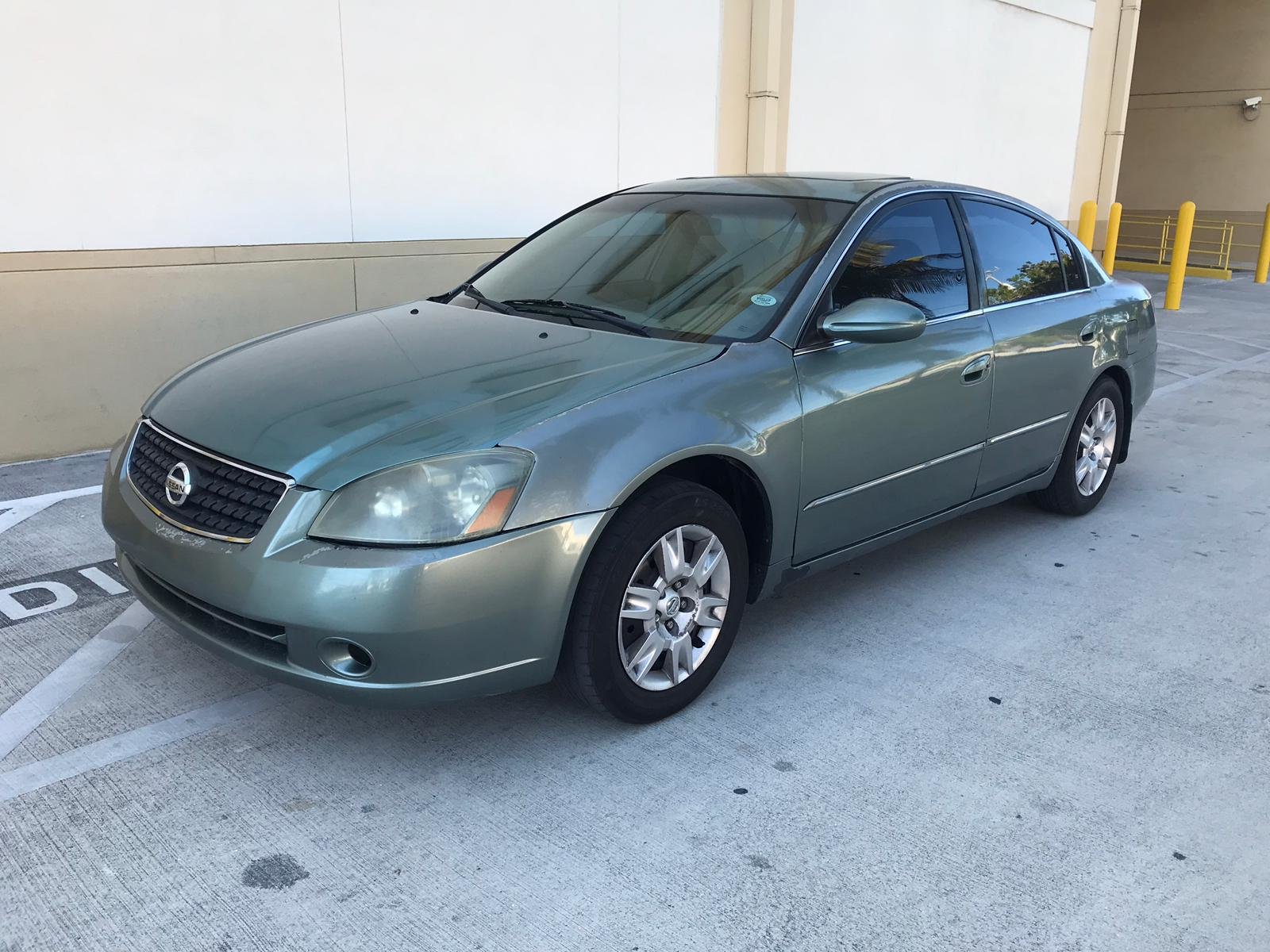 As mid-size sedans go, shoppers typically consider the popular names like the Toyota Camry and Honda Accord, but there is another contender in the import sedan market. the Nissan Altima offers style and sporty flair, and it wears its “alternative” badge with pride.

Nissan knows the Altima has to stand out against the mainstream sedans, so it imbues this five-passenger midsize family sedan with a bit of attitude and athleticism. The Altima shares this sporty niche of the family sedan market with the Mazda6, and it is squarely aimed at commuters that want something a bit more exciting than the average sedan. Shoppers that choose the Altima will be rewarded with refreshingly sporty handling in a roomy and comfortable sedan. 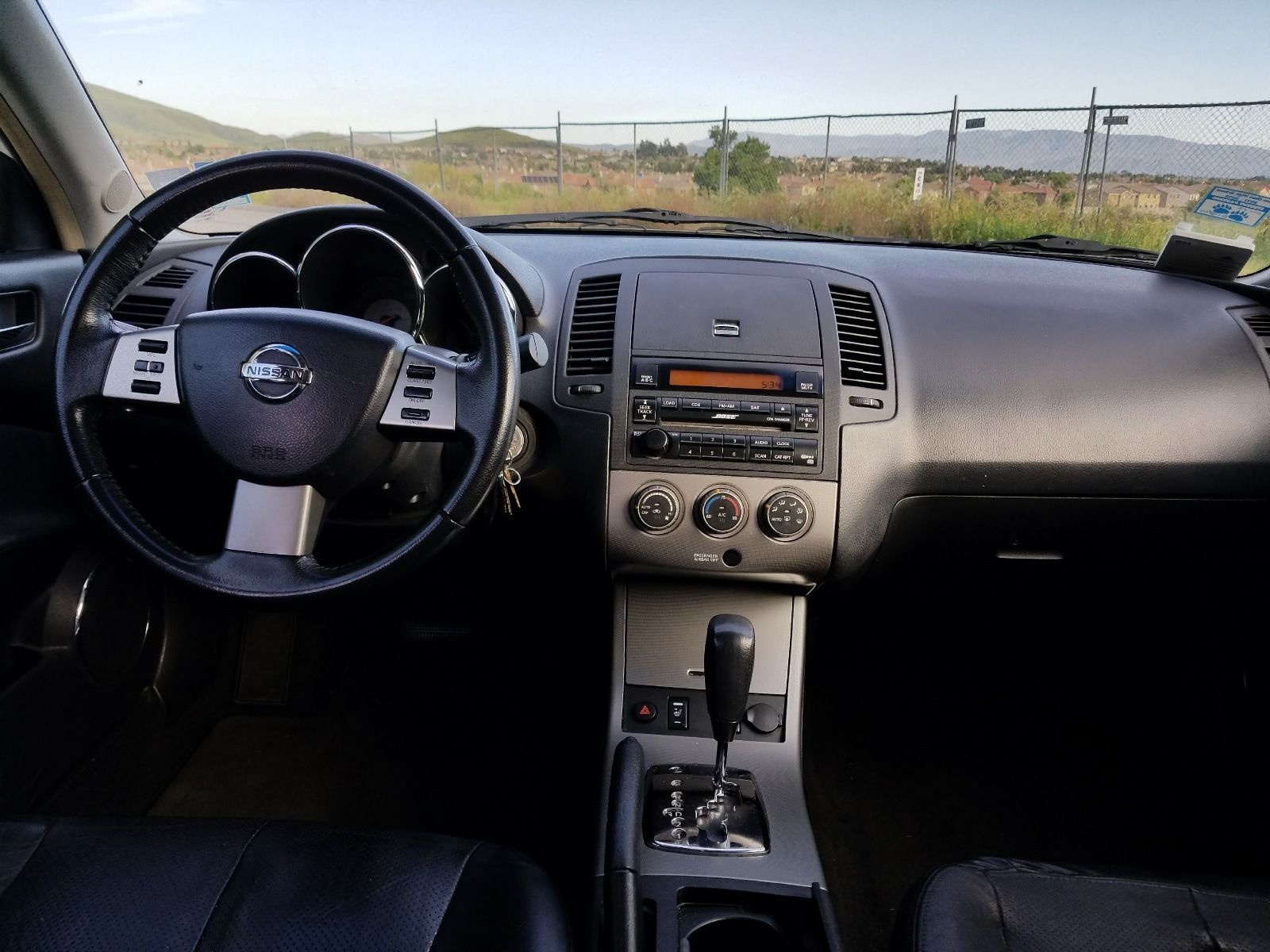 2006 marks the final year for the third-generation Altima. The car was first introduced for the 2002 model year, and it received a facelift in 2005. That 2005 design update is carried over to 2006.

The Altima advertises this sporty nature with chiseled styling, muscular headlights, and a prominent grille. The Altima has sports-car-inspired “Euro”-style taillights, helping drive home the athletic nature of the car. Outside of these details, the Altima has a very clean exterior design, but one that is far from boring.

Inside, the Altima has a modern and upbeat dash design. It has a traditional layout for the controls, but the center stack, instrument panel, and steering wheel are all very contemporary. This is similar to the smaller Honda Accord, which has a futuristic cockpit. While the styling is fresh, the quality of materials is often limited to hard plastic, meaning the dash can come off as cold and uninviting at times.

Trims for the Altima are 2.5 (Base), S, SE, SL, and SE-R. The SE-R is the sportiest of the lineup and provides forged 18-inch wheels, performance dual exhaust with dual outlets, a more aggressive lower front spoiler, and on the inside, black leather sport seats. 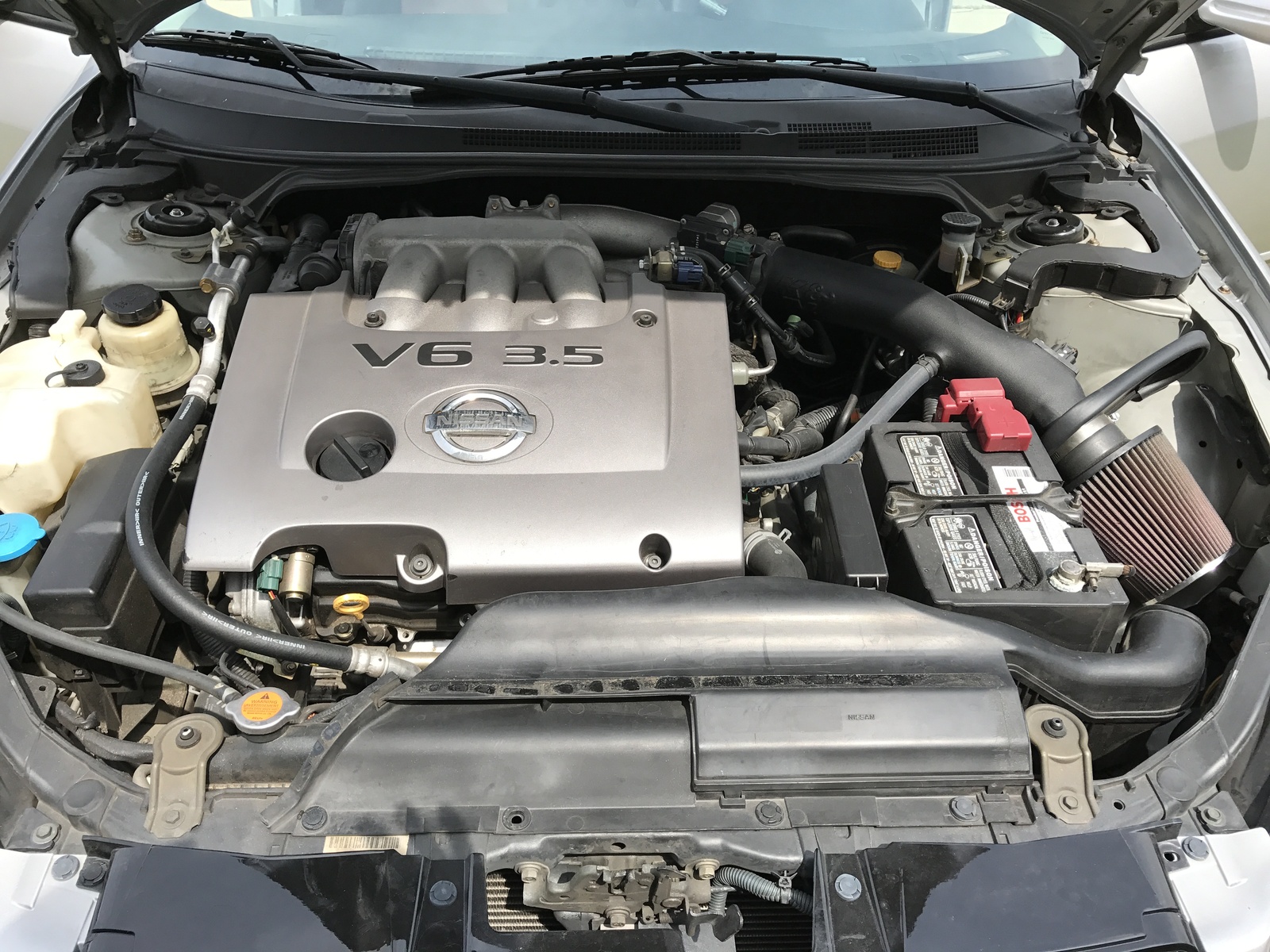 The base engine in the Altima is a 2.5-liter 4-cylinder engine, found on the 2.5 and the 2.5 S trim. It makes 175 horsepower and 180 pound-feet of torque, sent to the front wheels through either a 5-speed manual or 4-speed automatic transmission.

Acceleration with the 4-cylinder is acceptable in everyday driving, but if you came to the Altima for a bit of excitement, the V6 is the way to go. While the SE-R is the most powerful, the SE and SL variant will provide plenty of motivation.

The Altima features a multi-link suspension that ensures composed cornering, regardless of trim. The SE-R’s suspension is slightly stiffer and is the ideal choice for a driving enthusiast that needs a reliable commuter sedan. 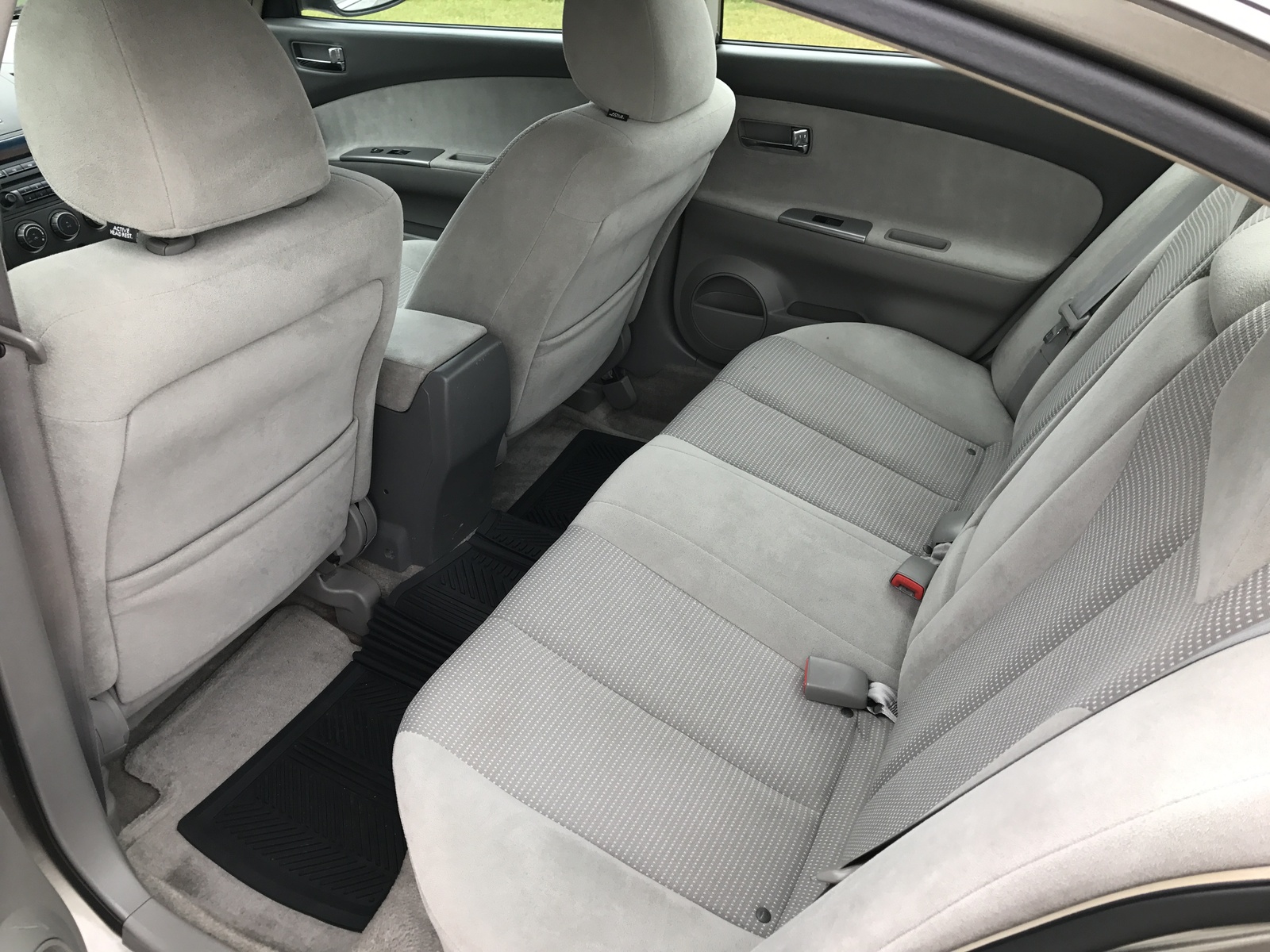 The ’06 Altima features a total of 15.6 cubic feet of trunk space, which can be expanded by lowering the 60/40 split-fold rear seat. That’s actually more than the Honda Accord, but it falls short of the Toyota Camry’s 16.7 cubic feet. The Altima is pretty evenly matched with the Mazda6, which has 15.2 cubic feet.

The Altima features a function-first interior, with decent in-door pockets for items, as well as a helpful cubby in the center console with a retractable lid. Models without the navigation system feature an additional tray for items atop the dash and concealed by a retractable lid. 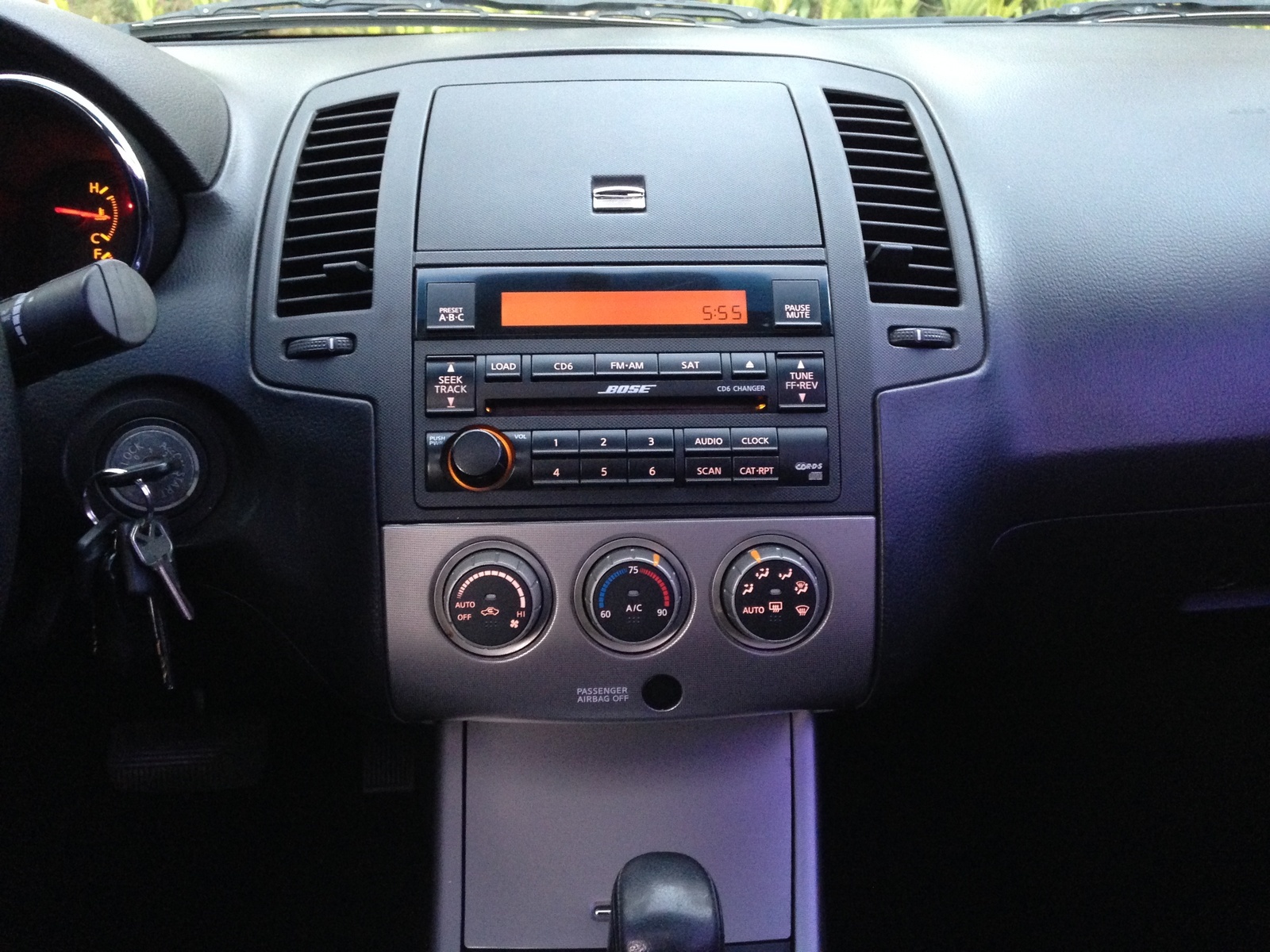 The standard radio is an AM/FM/CD unit with a 6-disc changer and speed-sensitive volume. The available Bose stereo features 8-speakers and is available with satellite radio. 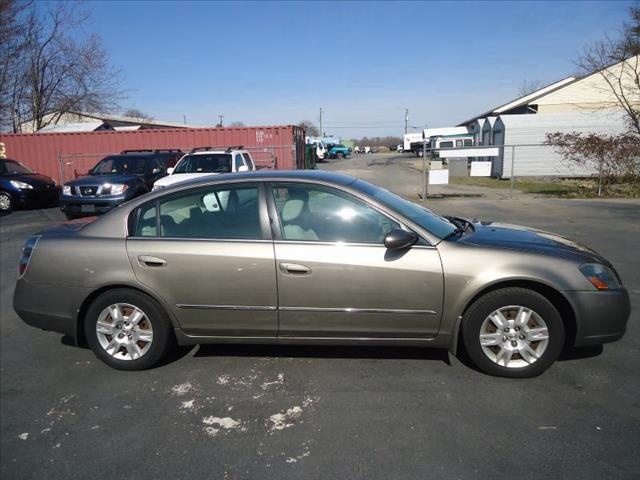 Nissan’s Advanced Air Bag System (AABS) features front dual-stage airbags and supplemental side dual-stage airbags. This system has seatbelt sensors and a passenger classification sensor, which will deactivate the airbag for smaller occupants, such as children. This is because of the lower position of a child’s head relative to the position of the airbag. Side-curtain airbags are available as an option. 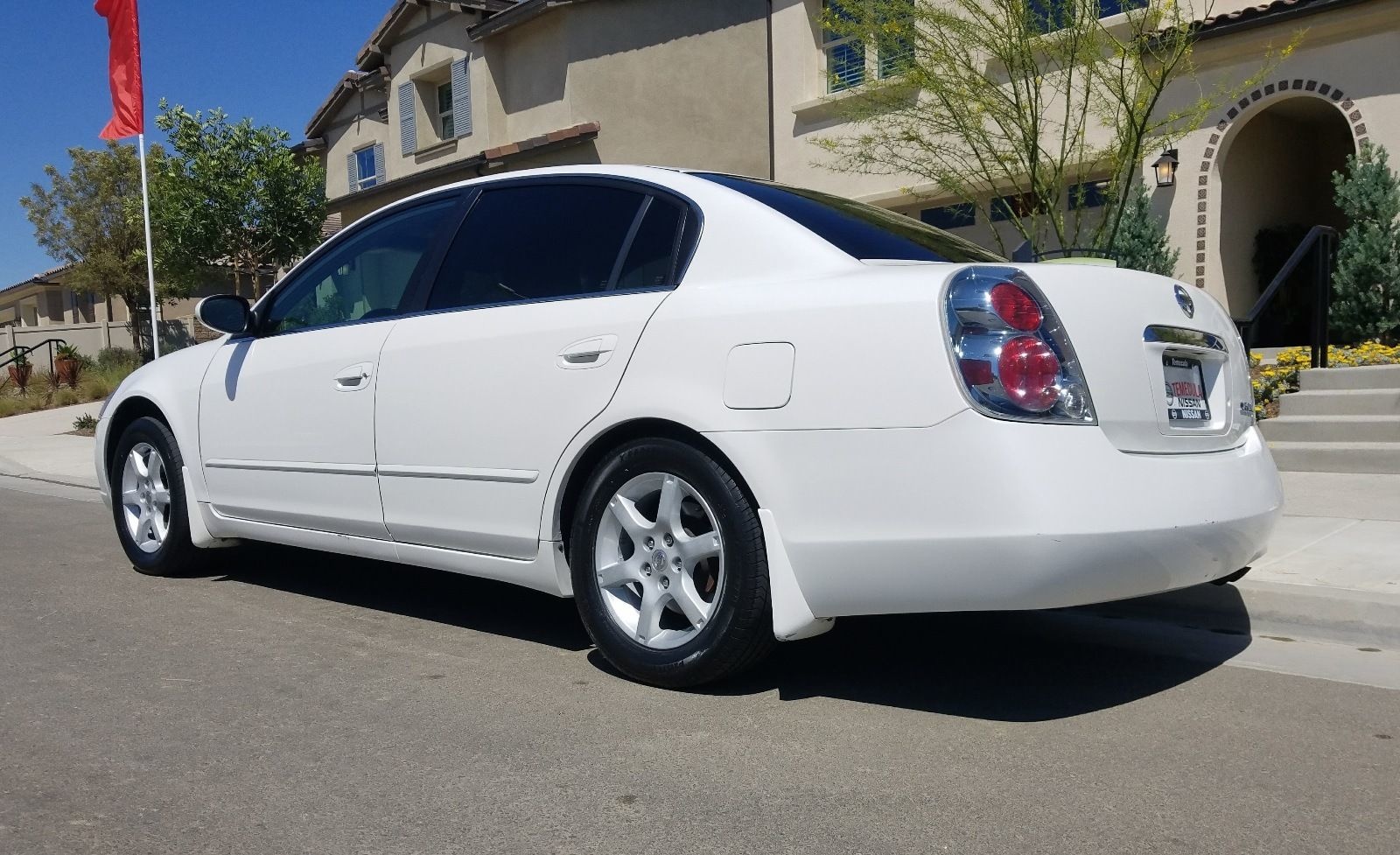 The most efficient version of the Nissan Altima is with the 4-cylinder engine and 5-speed manual, returning 21 mpg city, 29 highway, 24 combined. With the 4-speed automatic transmission, this engine returns 21 mpg city, 27 highway, 23 combined.

Users ranked 2006 Nissan Altima against other cars which they drove/owned. Each ranking was based on 9 categories. Here is the summary of top rankings.

Have you driven a 2006 Nissan Altima?
Rank This Car

My vehicle has 100,000 miles+ want to may sure I don't exited requirements necessary so I can have my car running for a long time! In the maintenance book provided by the Nissan Altima didn't provid...

Hi guys, I just got the struts change on my Altima 2.5 and find out I put a 3.5 struts in front, does it make any difference? Or any trouble later? I feels kind a rough! Thanks

Jason asked a 2006 Nissan Altima 2.5 S Maintenance & Repair question about a year ago

What Does At Check Means ?

the car wont start , and it keep saying at check. my question is , what does that mean please?