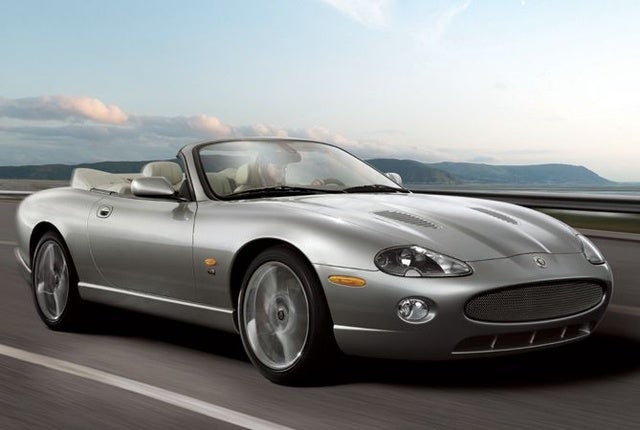 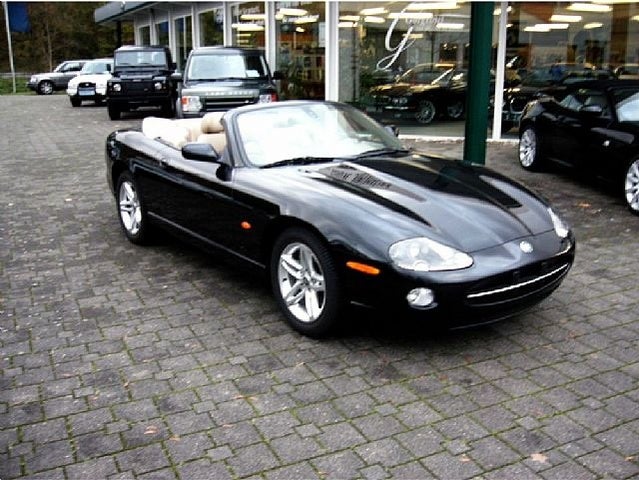 There are no significant changes to Jaguar's sleek and stylish grand tourer for 2006.

The Jaguar XK Series replaced the long-running XJS Coupe at the end of the 1996 model year. The XJS was a grand tourer, built from 1975 through 1996.

The first XK8, introduced in the late 1990s, shared a platform with the Austin Martin DB7. The XK was offered as either a coupe or a convertible, and a supercharged XKR was also available. An unaltered 4.2 liter V-8 generated 290 horsepower, and the R's supercharged V-8 had an output of 390 horsepower.

During the ten years of the XK's first generation there were minimal changes, aside from a redesigned grille in 2005. Several special limited additions were also offered. Two examples: the 2001 XKR Silverstone and the 2004 XKR Portfolio. Both these exclusive were offered in very limited numbers in the United States; less than 300.

The XK Series would be redesigned at the end of 2006, and the "8" was dropped from the name. The new model was designed by Ian Callum, of DB7 fame, and the styling was reminiscent of the 1961 Jaguar E-Type. An all-aluminum chassis produced a lighter car, weighing less than 3800 pounds.

GuruF4PDP The S was exactly that and also a mistake. I should have kept the xj6 vp

Have you driven a 2006 Jaguar XK-Series?
Rank This Car

Please Give Me A Phone To Talk With Someone. One Of The Dealers That Is On...

Do you let dealers on your site that con your customers. It happened to me of a car that I bought from one of your ads. I need someone to talk to. Or are your just another shabby American company...

Why Are Your Values So Far Above KBB Retail Numbers?

why are your values in your advertisements so much above the KBB retail value site?

What Size Battery Does The Xkr Take

It appears as though the battery on my 2006 XKR has died,the key fob will not work, I can get into the car with the key but the window does not come down when opening the door, the ignition key does n...

Help! Put the fabtop down, everything sunk into place. Raised the fabtop, operation normal, EXCEPT the passenger rear window is only raising 30-40%. Retried operation, same thing happened. Is the roo...

Texas Is Back To Requiring We Have A Front License Plate Affixed To The Car...