“Sensible” doesn’t have to mean “boring” when talking about the attractive, economical, and efficient Honda Accord sedan. 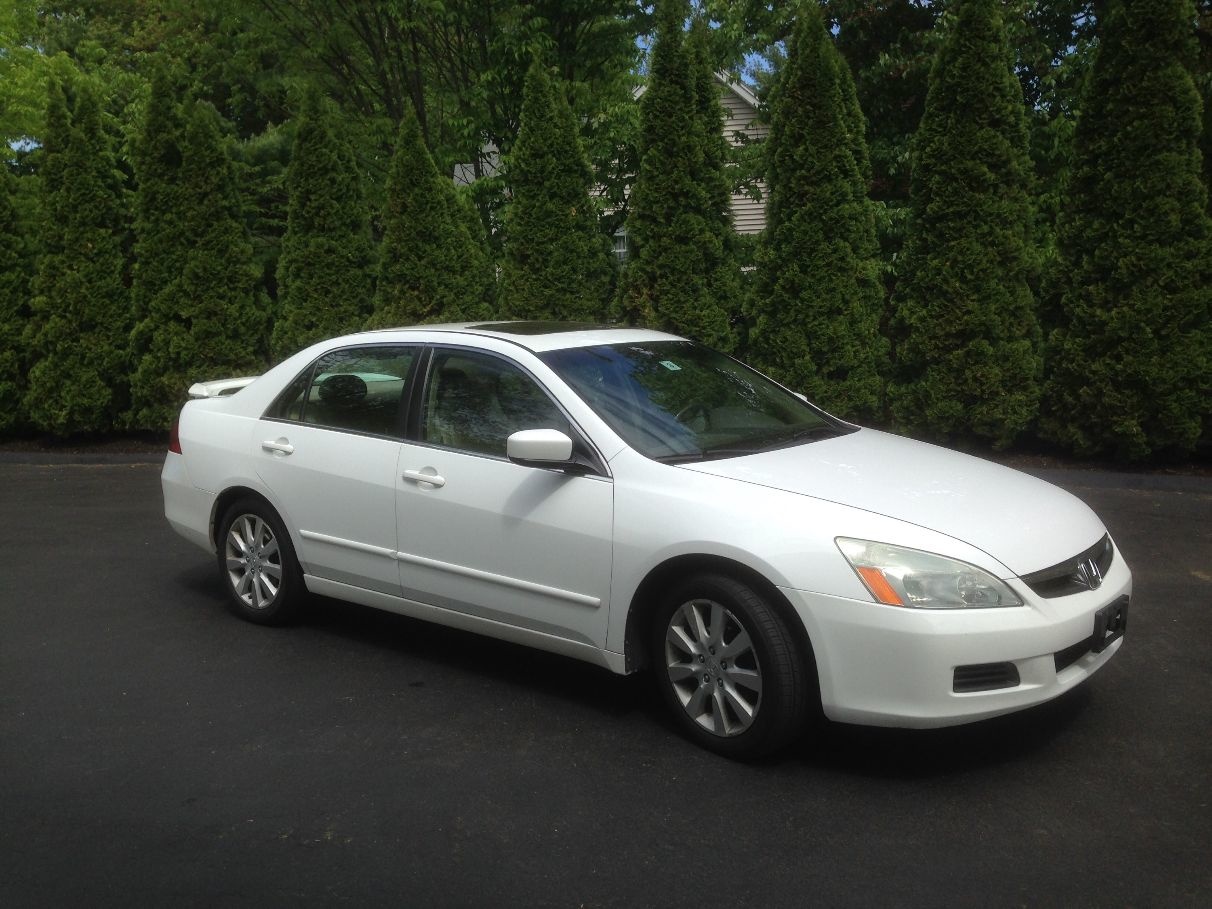 When someone says, “Family sedan,” one of two vehicles will likely come to mind: the Toyota Camry or the Honda Accord. They are two of the most popular midsize sedans of all time and with good reason. The Accord, in particular, provides a reliably smooth powertrain, a comfortable ride, and a high-quality interior.

The 2006 Honda Accord is just past the midway point for the seventh generation of this car. This model year marked the 30th Anniversary for the Accord, which has been, and continues to be assembled in Marysville, Ohio. What you’ll find in the Accord is reliability without sacrificing creature comforts. The Accord is economical without being frugal, and it can even be fun at times. 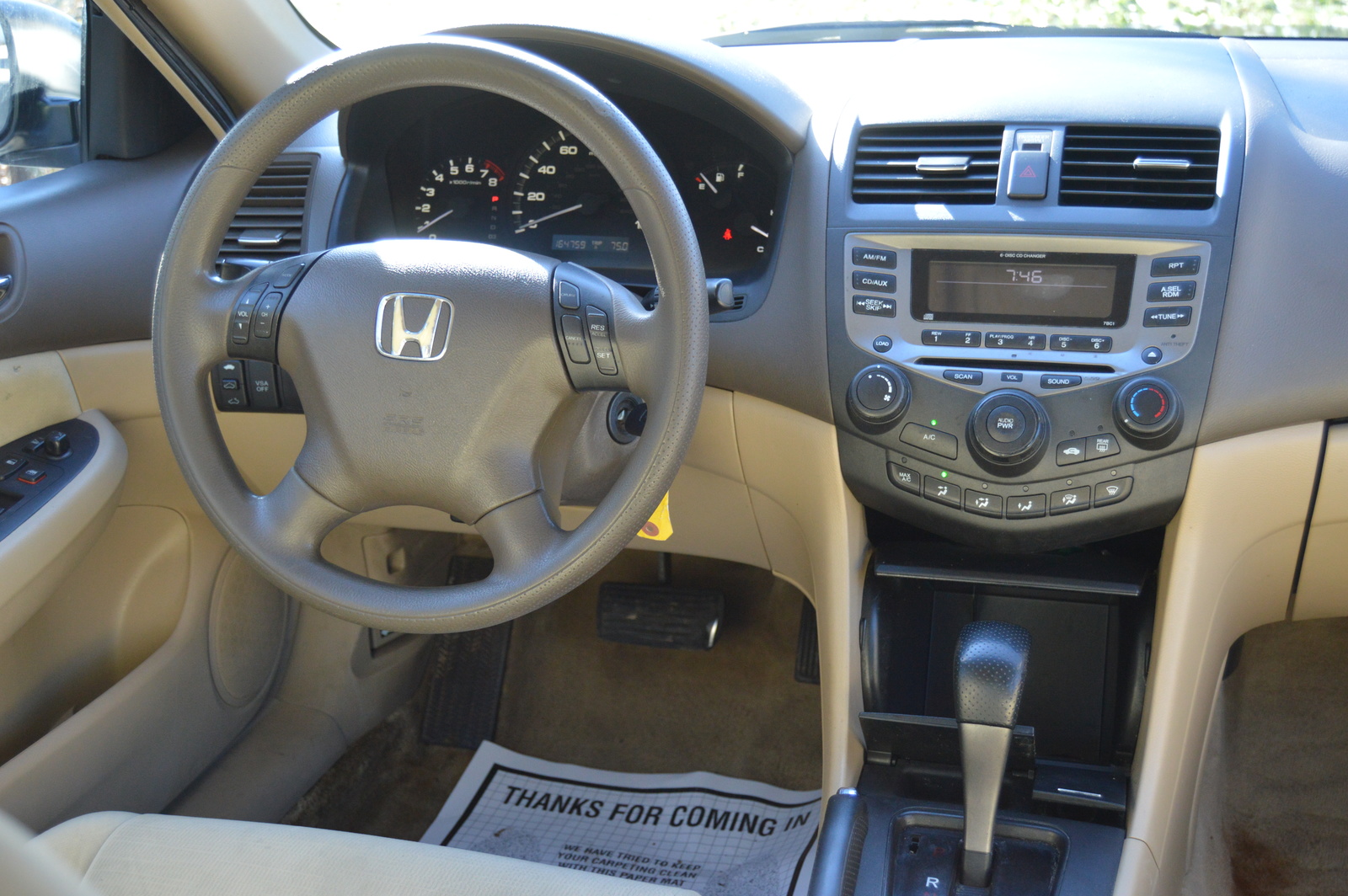 For the 2006 model year, Honda made a number of updates to the Accord, including a heavily revised rear-end design that more closely matched the upright design of the front headlights. Other subtle exterior changes included a new grille and new lower front valence.

The interior changes are subtle as well, including a slightly different color for the instrument panel, and a tweaked steering-wheel-cover design. The shift handle on automatic models also gets an update, so all very minor interior changes. Overall, the 2006 Accord continues to have an upscale cabin feel, though sometimes the controls and dials go for form over function.

Trims for the 2006 Accord are VP (replacing the DX), LX, SE (Special Edition), EX, and EX-L. In addition to replacing the DX name, the VP added some standard features to this new base trim as well, including cruise control, air conditioning, and keyless entry with power locks. Optional features and those found on upper trims include power side mirrors, leather seating, an upgraded stereo, and a GPS navigation system. 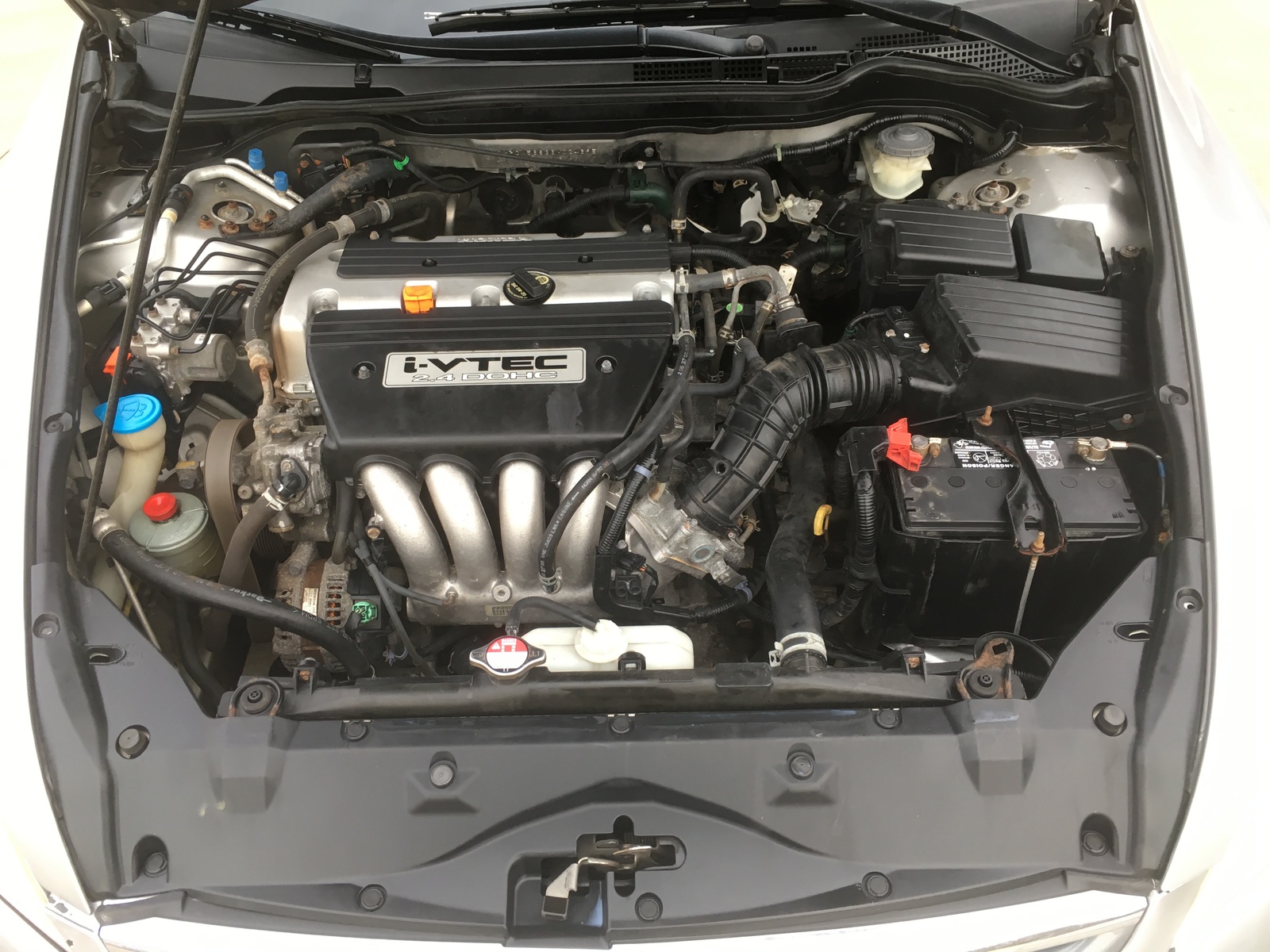 There are two engines from which to choose on the 2006 Accord. There is a base 2.4-liter 4-cylinder engine that makes 166 horsepower (an increase of 6 hp) and 160 pound-feet of torque. Power is sent to the front wheels through either a 5-speed manual or 5-speed automatic transmission.

As the trim names suggest, the LX-V6 and EX-V6, both feature the 3.0-liter V6 engine, putting out 244 hp (an increase of 4 hp) and 211 lb-ft of torque, routing power to the front wheels through a 5-speed automatic transmission. For 2006, Honda also added a 6-speed manual transmission option to the sedan. This was previously available on only the Accord Coupe.

The Accord's acceleration feels peppy and confident. Retuned suspension components and better sound insulation ensure a composed ride and a quiet cabin, even at highway speeds. 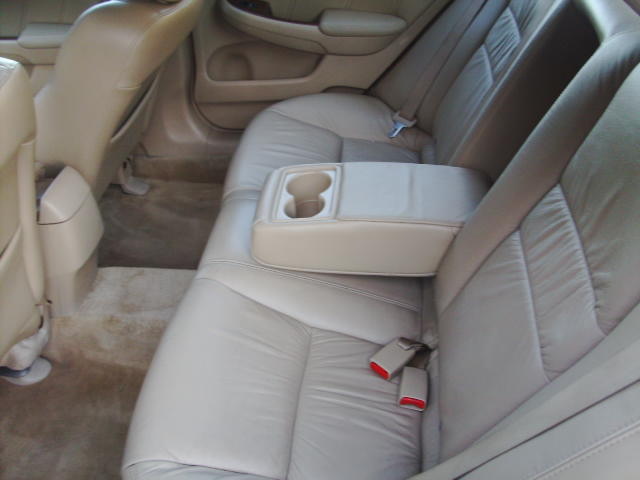 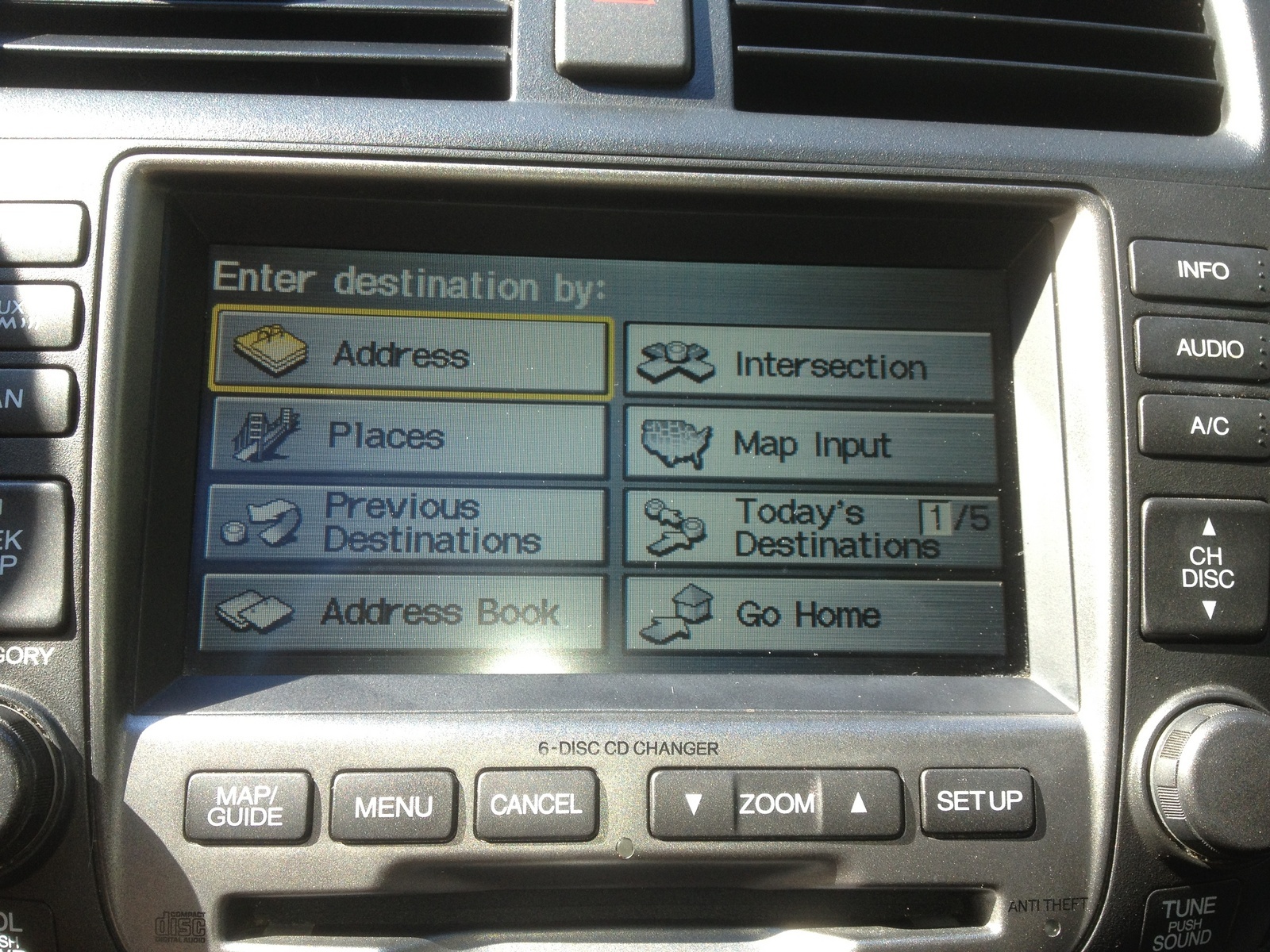 The standard stereo in the VP trim is very basic, with an AM/FM radio, a CD player, and just two speakers. The LX upgrades the stereo to 6 speakers, while the SE is available with an upgraded head unit with 6-disc in-dash CD changer. This top-level stereo comes standard on the EX trim.

The available navigation system received several updates for 2006, including restaurant information and ratings from Zagat. Behind the touchscreen, this system featured increased memory and a faster processor. 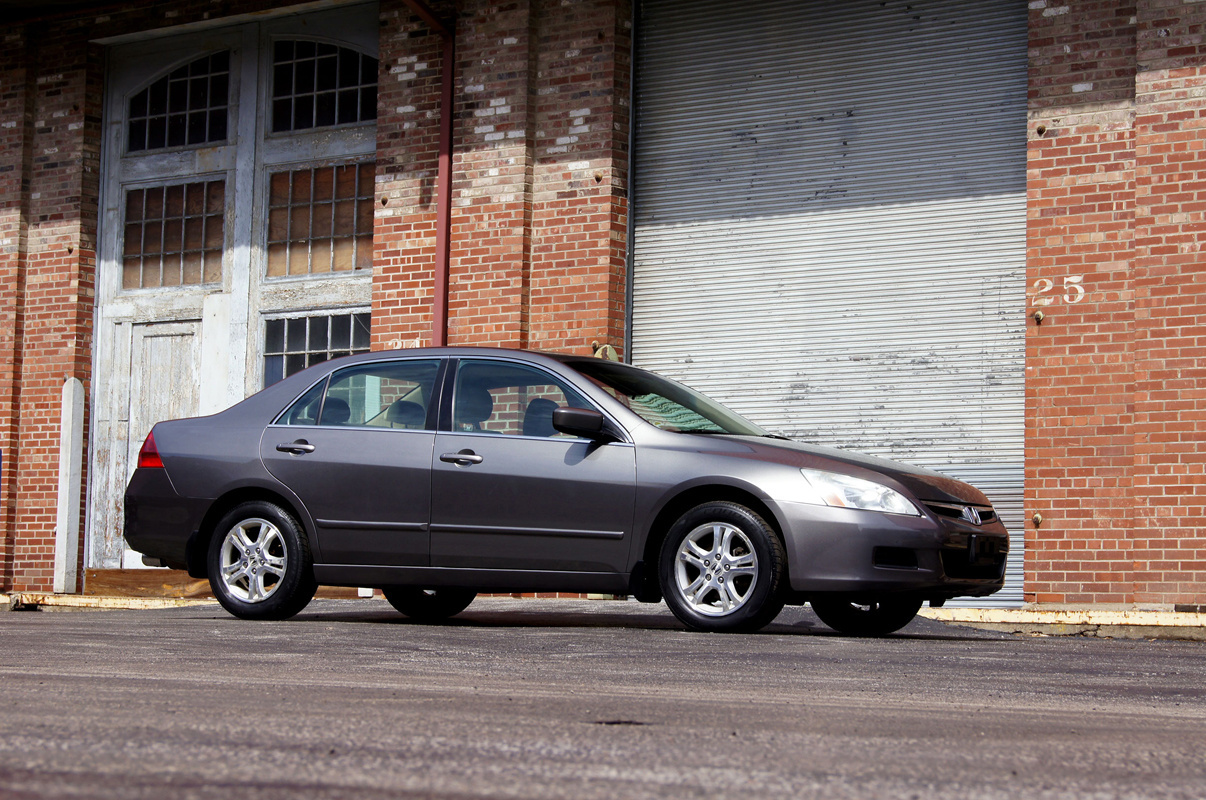 The Accord comes standard with dual-stage front airbags, side-impact airbags with front passenger occupant detection, daytime running lights, an engine immobilizer theft-deterrent system, and an emergency trunk opener. The base car gets front disc and rear drum brakes with electronic brake-force distribution, while the EX gets four-wheel disc brakes.

In testing by the Insurance Institute for Highway Safety (IIHS), the 2006 Honda Accord scores the best overall score of Good in nearly all phases of testing. In National Highway Traffic Safety Administration (NHTSA) testing, the 2006 Honda Accord five out of five stars in overall front crash testing. It earned four out of five stars for side crash and rollover testing. 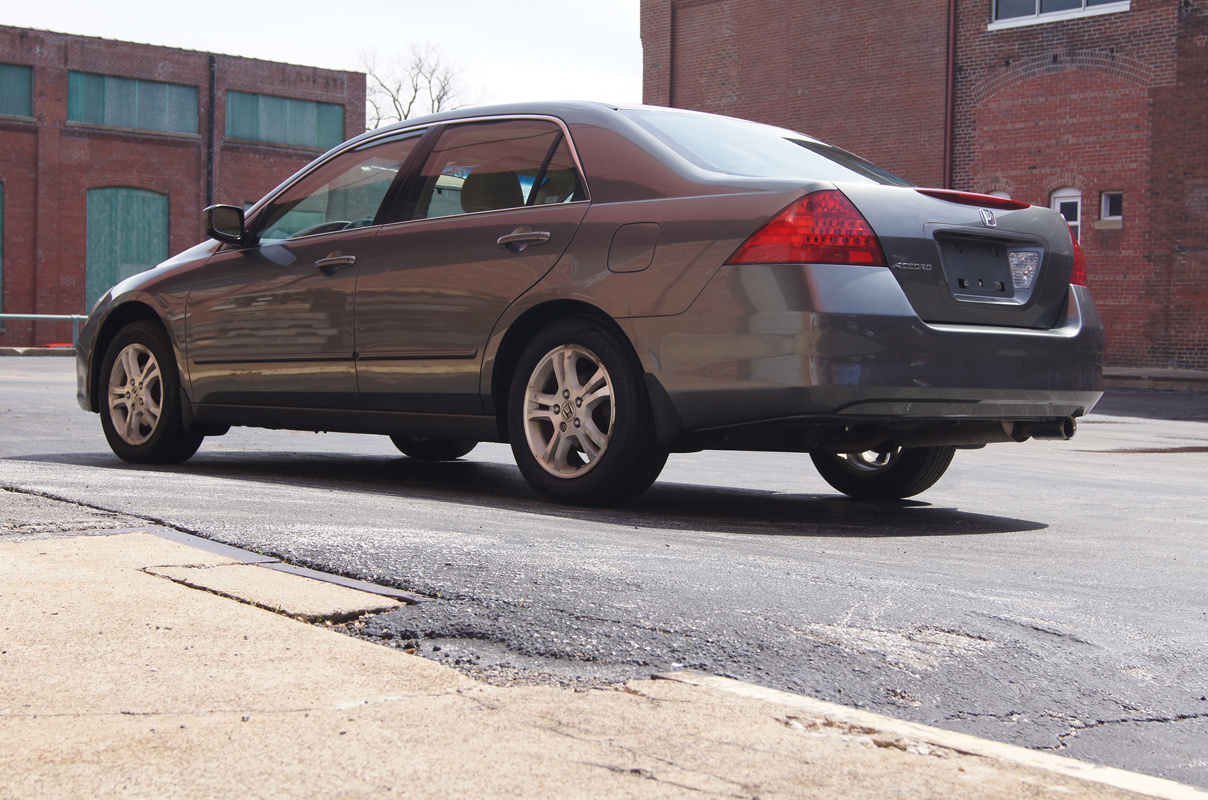 A well-maintained Accord should run for well over 100,000 miles, and many may even approach (or exceed) 200,000. Combined with the Accord's reasonable fuel economy and range of trim levels, it appears to be an attractive option for a wide array of budgets. Although the Accord is not the most technologically advanced sedan on the market, it's hard to ignore its status as a safe, reliable, and value-laden choice.

Users ranked 2006 Honda Accord against other cars which they drove/owned. Each ranking was based on 9 categories. Here is the summary of top rankings.

Have you driven a 2006 Honda Accord?
Rank This Car

Cars compared to 2006 Honda Accord

Why Is There No Interest In My Car ?

No messages or questions for my inbox

Why Wont My Car Radio Work?

i had to mess with the wire on my battery to start my car. after messing with it my radio stopped working. i checked the fuse and the fuse is good.

I have a 2006 Honda Accord and the passenger and back power windows quit working all at once. The drivers window works fine and the child safety lock is not engaged. Any ideas what would cause this...

My Radiator Is Boiling Fluid

Hi there. I have a 2006 accord with about 250k miles on it. Lately i ran into an issue with my vehicle overheating every other day. My radiator is always empty and spurts a leak from the top of the...

2006 Honda Accord Trims For Sale