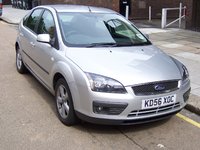 For the money, it's one of the most fun-to-drive compact cars on the market. 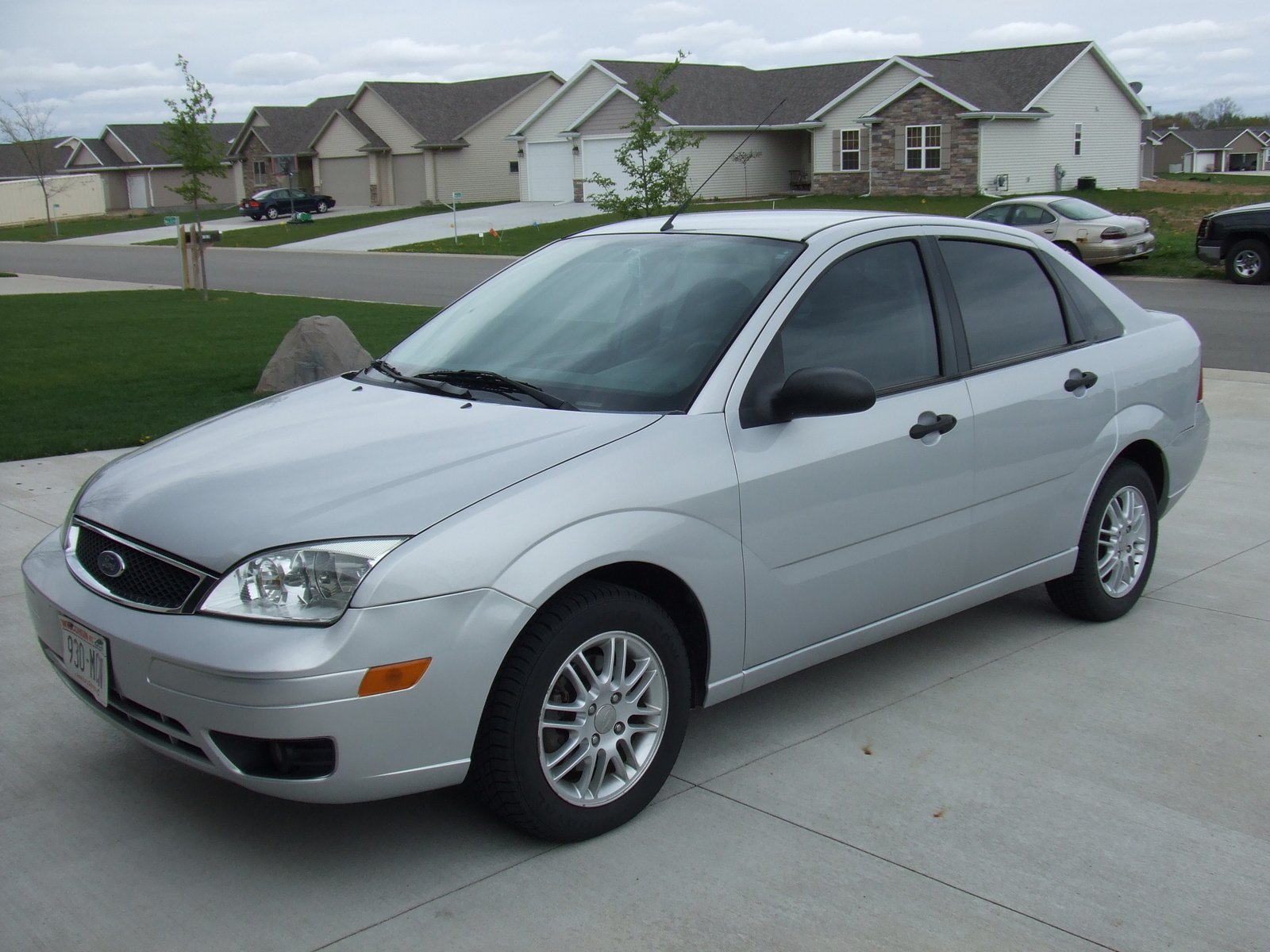 The first-generation Ford Focus continues into 2006 with minimal changes to its winning formula of fun, practicality, and efficiency. A new Street Performance Package dresses up the ST, while buyers of all stripes can choose from 23 variants to match their personality and needs. 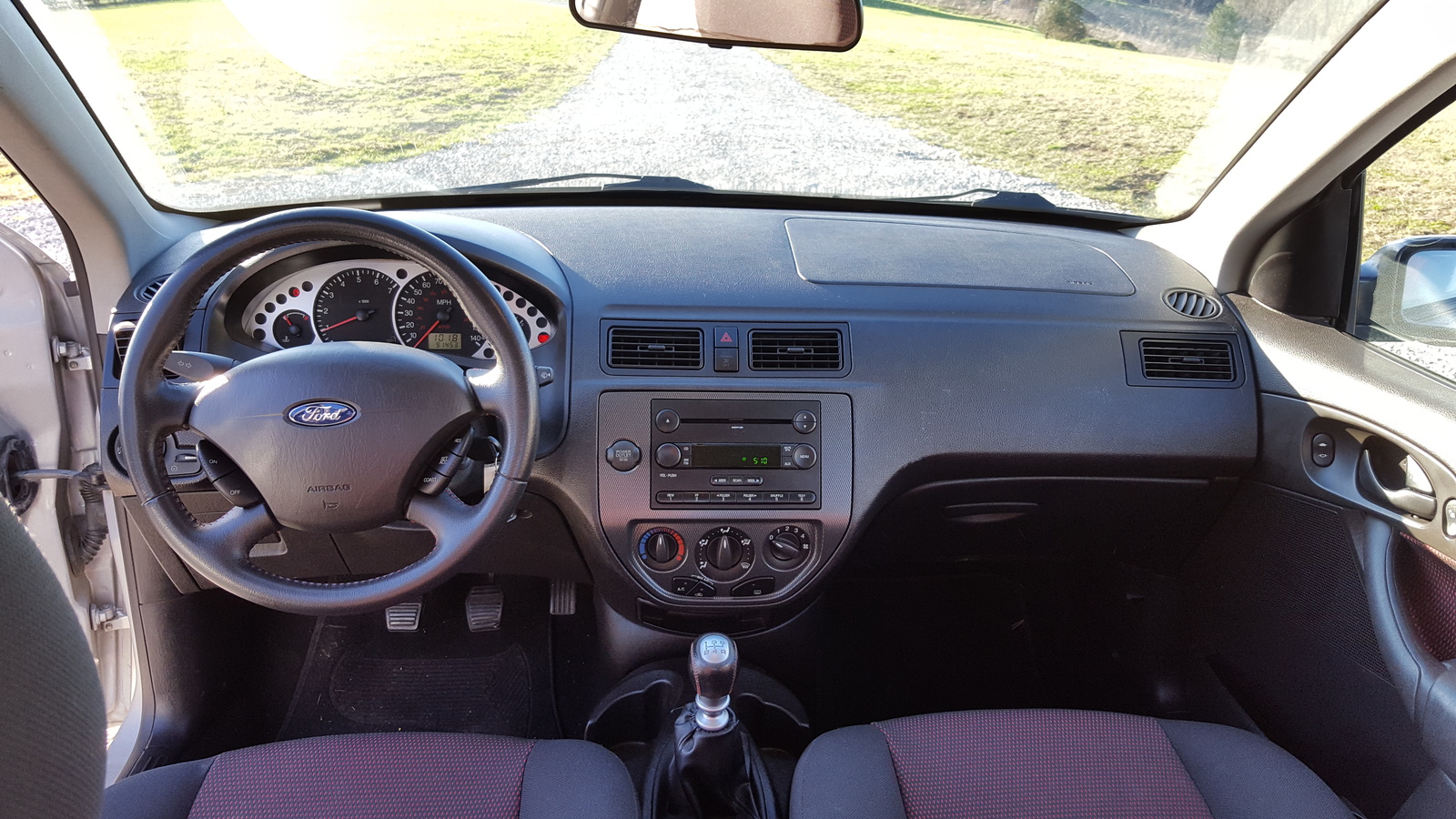 The Focus is available in four body styles: A 2-door hatch (ZX3), 4-door sedan (ZX4), 4-door hatch (ZX5), and 4-door wagon (ZXW). It's a sharp-edged, modern design that the hatchbacks wear particularly well. Their high-mount taillights and sloping roof cut an aerodynamic, swoopy profile. The sedan and wagon are kind of dowdy, but not if you order the ST. That's the sport version that can now be ordered with a Fast and Furious-style body kit, called the Street Performance Package. It adds a tall rear wing and various other bumper, grille, and fender mods that bulge out from the flat body panels. Otherwise, all 2006 Focus models continue with the refreshed styling that Ford introduced for 2005, such as small changes to the headlights and grille.

The interior is not as inviting as the outside. Compared to the Focus sold in European markets, the American Focus feels plainer and notably duller. There are few flourishes and nothing as dynamic as the hatchback's striking exterior. 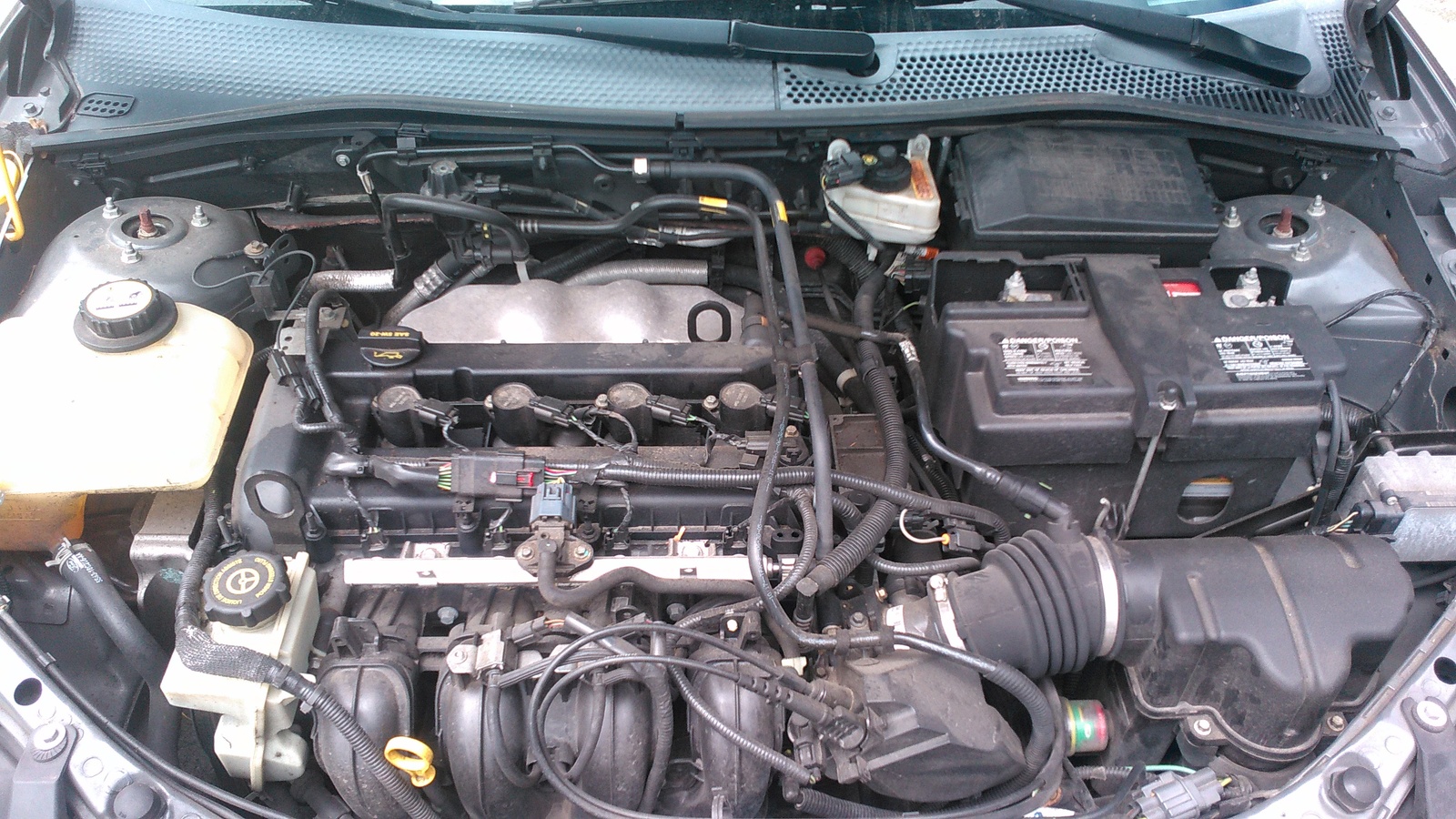 A 2.0-liter 4-cylinder engine makes 136 horsepower and 133 pound-feet of torque, sent to the front wheels by a standard 5-speed manual transmission or optional 4-speed automatic. The ZX4 ST comes only with a stick and a larger 2.3-liter engine that increases output to 151 hp and 154 lb-ft. That model also comes with a retuned suspension and 16-inch alloy wheels. It makes less power and can't grip as well as the former SVT from 2004, but the car is still plenty of fun.

Then again, all Focus variants share what the ST cranks up: Excellent steering, superb body control, and the ride quality of a larger car. Ford developed a unique independent rear suspension at a time when most economy cars used a torsion beam setup. Engineers figured out how to minimize the suspension's intrusion into the cabin space, and as a result, the Focus is easily the best-handling compact car—maybe more so than a Volkswagen Golf. While the automatic transmission can be sluggish, the manual is a joy to run through the gears.

Fuel economy is EPA-estimated (and adjusted to modern figures) at 23 mpg city, 31 mpg highway, and 26 mpg combined for all models with the manual transmission. The automatic brings that down to 22/29/25. The ST offers 20/28/23. 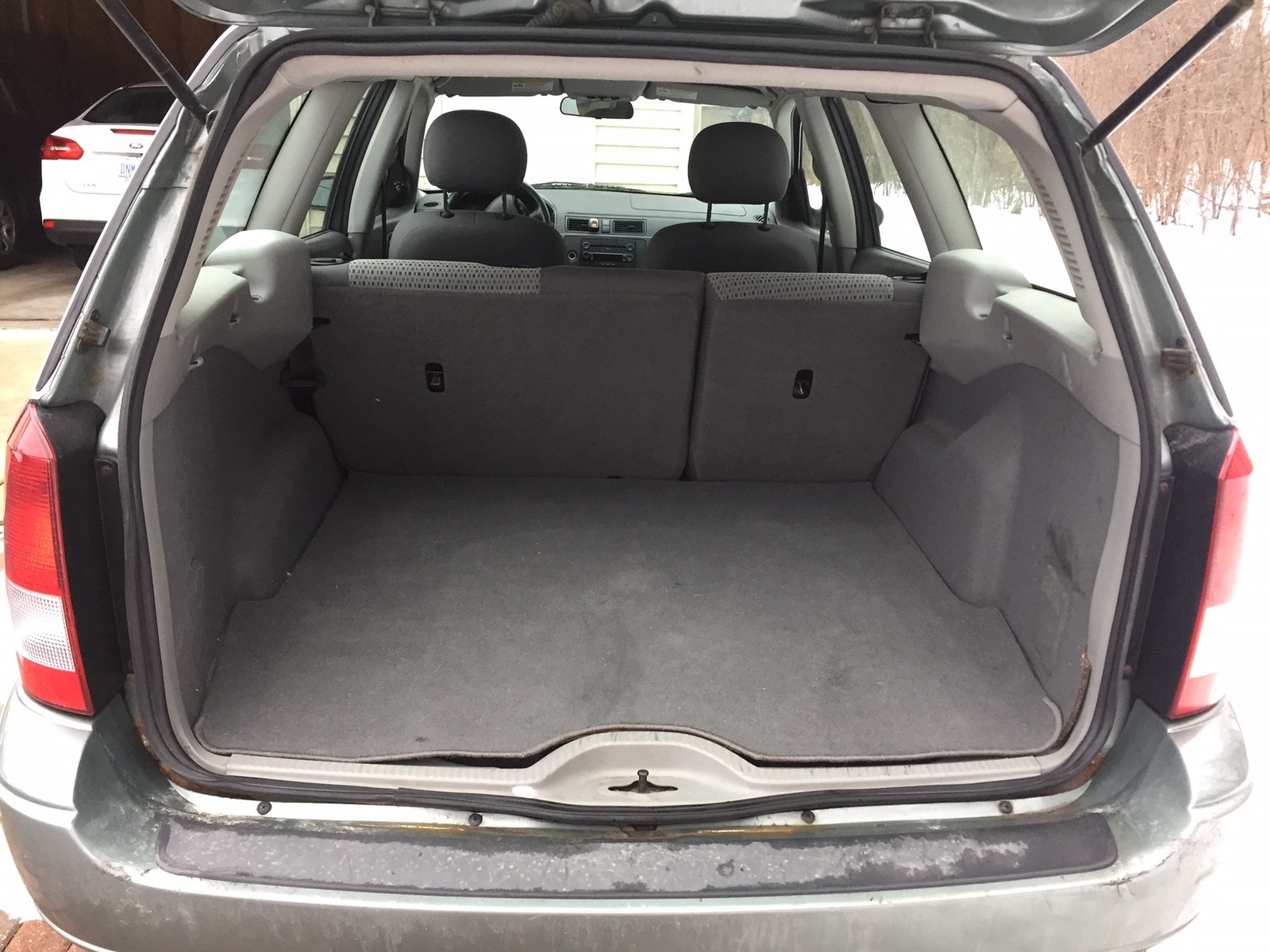 Ford advertised the Focus as having "Command Seating," which means you'll sit up higher than you might expect in a car this small. There is a manual height adjustment for the driver and a tilt/telescoping steering wheel. The seat is firm but supportive over long drives.

You'll find two cupholders in the center console but no bigger cutouts for bottles in the door pockets. A sunglasses case in the overhead console and a pull-down cubby to the left of the steering wheel offer more storage. Gauges are legible and all controls are simple to use.

Don't try fitting two people in the back of a Focus hatch for too long. The sedan is roomier, and the wagon more so, with 36 cubic feet of space behind the rear seats and 74 cubic feet when folded. Both hatch models have 18 and 40 cubic feet, respectively. The sedan's trunk measures 15 cubic feet and the seats fold.

Base S models come with a CD player. That's about it. The SE comes with air conditioning, keyless entry, power windows, power mirrors, and a CD player that can read MP3 files. Upgrade to the SES for a tilt/telescoping steering wheel, stereo controls on the wheel, a six-disc CD changer, a tachometer, and fog lights. Leather, moonroof, heated front seats, an alarm, and a Sony stereo with subwoofer are options on the upper trims. 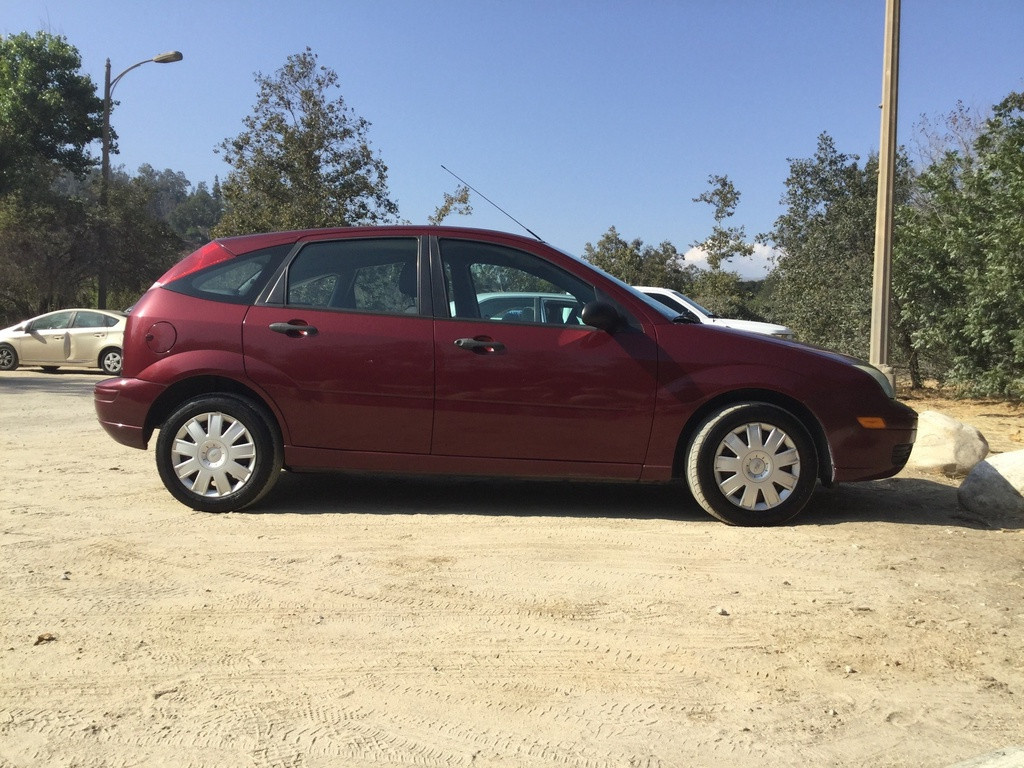 The Focus does not come with traction control, anti-lock brakes, or front side airbags. They are all optional, and the base S does not offer some of these features. Head curtain airbags and stability control are not offered. There are no head restraints for rear passengers. The 2006 Focus scored a Poor in side-impact test conducted by the Insurance Institute for Highway Safety (IIHS) and three out of five stars for the driver in a similar test by the National Highway Traffic Safety Administration (NHTSA). In frontal crash tests, the Focus hatch scored a lower four-star rating for the driver than the sedan, which scored five. In an IIHS frontal crash test, the Focus sedan scored the top Good rating. 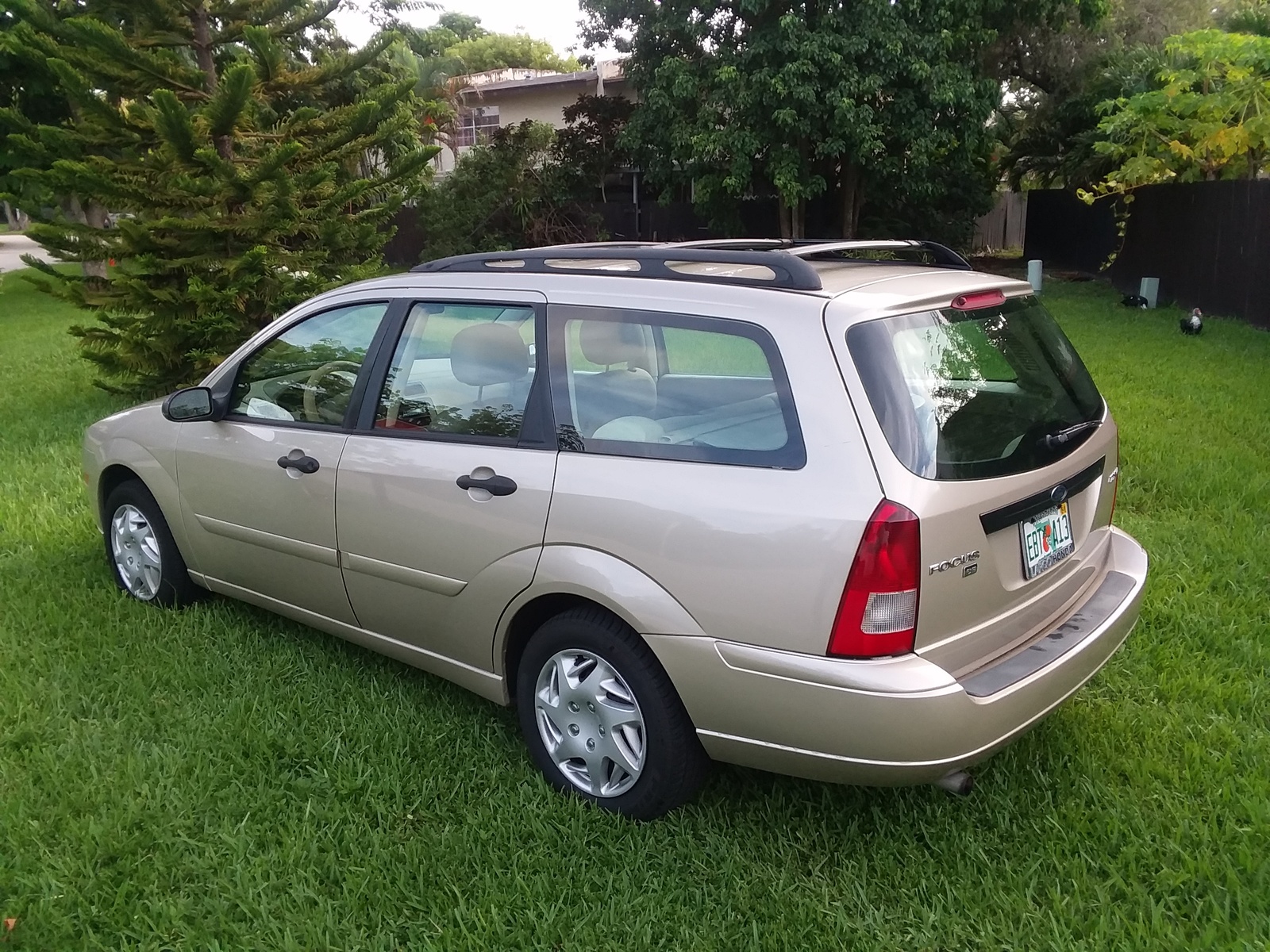 Base prices on the 2006 Focus start at $13,995 for a ZX3 S and up to $18,040 for a ZXW SES. You'll want to spend on safety options and conveniences that only the SE and SES can offer. Avoid the base S and you'll be satisfied with this car's blend of style and performance.

Users ranked 2006 Ford Focus against other cars which they drove/owned. Each ranking was based on 9 categories. Here is the summary of top rankings.

Have you driven a 2006 Ford Focus?
Rank This Car

Ford Focus 2006 Repair Clutch Or Not

I have a 2006 Ford Focus CL, from new, been a good car till the last 12 months, electric front windows switch replaced, steering pump replaced, air cond evaporator not working, now clutch gone at ...

Why Does My Car Keep Cutting Off

I have had this car in for a fix at two different dealers. When driving at highway speeds the tachometer revs to 5 or 6,000 RPMs car loses power. The first fix was a problem with the cruise control ...

How Do You Hook Up The Signal Wire To The 4 Cylinder Ignition Coil?