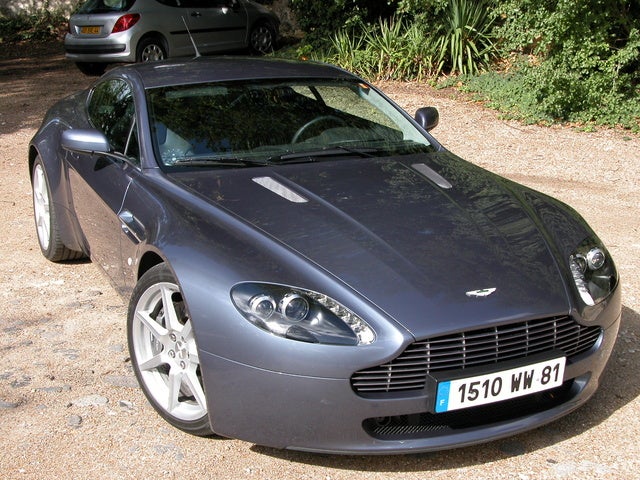 Have you driven a 2006 Aston Martin V8 Vantage?
Rank This Car

Better than if not superior to any Maserati, BMW or Mercedes 4, 5, and 6 class. Luxuriously affordable, sticks out in a crowd full of “house hold” brand names. This car misses in its reliability howe... Read More

Car looked good from the outside, but the stitching on the leather dash was coming apart, which is typical for a 9 year old Aston, and very expensive to repair. Also there were some visible signs of w... Read More

Best looking car in the exotic category. Drives like a race car with exceptional handling and breaking. A bit expensive in its category and shifting gears in automatic mode is rougher but when put in ... Read More

Awesome Aston From A Lucky Owner By Adam

Car that blends effortless performance with style and the ultimate feel-good factor when you drive it. Not cheap to run, but have never had a problem with it (fingers crossed) and am now on my secon... Read More

Love And Hatred By Raymond

Everlasting looks. Sharp and sexy....but not reliable in some sense impractical, with the price tag AM could deliver a much faster car. Nevertheless, theres always something that attracts you in some ... Read More