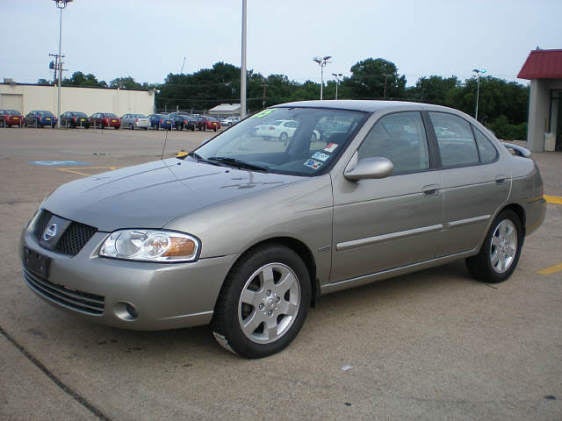 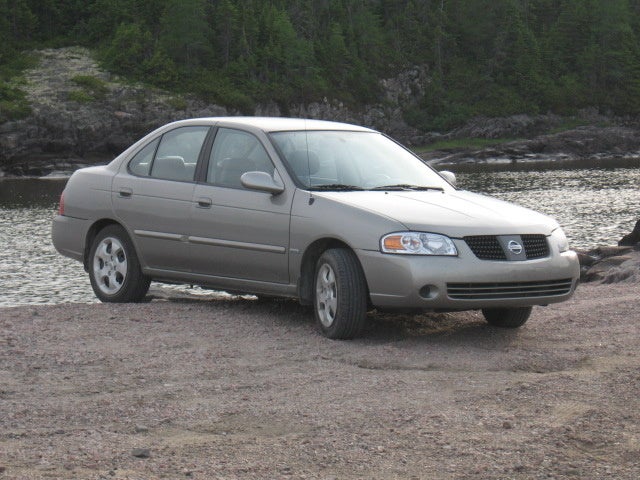 Nissan's compact sedan gets a few more standard features and a bit of an exterior makeover for its 2005 editions. One of Nissan's most popular cars, the 2005 Nissan Sentra comes in four trims this year. The base 1.8 and 1.8S feature a somewhat anemic 1.8-liter, 126-hp I4 engine with either a 5-speed manual or automatic. For more power and a sportier feel, you can step up to the SE-R or SE-R Spec V, which feature a 2.4 I4 that gets 165-hp and 175-hp respectively. The SE-R comes with a 4-speed auto tran only, the Spec V with a 6-speed manual.
In terms of changes, the 2006 Sentra borrows its look from the Maxima, with a higher rear end. It also gets a new grille and new interior fabric. Satellite radio is now an option on all but the base 1.8, and the 1.8S comes standard with a trip computer and cruise control this year. A Sport Package for the 1.8 sedans includes bigger 16-inch wheels, leather trim, and a rear spoiler. The sportier SE-R versions have a stiffer suspension, stronger shocks, and larger wheels. The Spec V ups it with bolstered seats and Brembo brakes, plus the appropriate trimmings. ABS is only available as an option on all but the base model.

The 2005 Sentra is popular for how much it gives you at an affordable price. Gas mileage is good, say owners, and the car is reliable. The SE-R models handle well and are pleasingly zippy. Trunk space is also good, though interior cabin room feels cramped, especially the backseat. Other complaints point out the noisy ride, labored acceleration with the 1.8 models, and poor placement of the cupholders.

Users ranked 2005 Nissan Sentra against other cars which they drove/owned. Each ranking was based on 9 categories. Here is the summary of top rankings.

Have you driven a 2005 Nissan Sentra?
Rank This Car

How Do You Get Hold Of A Guru Representative?

It didn't put the engine size in the description. Why didn't that show up in my add? My car has a 2.5 liter engine.. Can you make sure it is in there?

8 views with 1 answer (last answer about a week ago)

My Sentra gives a jerk at about 20-25 mph initially when I start driving. But once I drive about 2-3 miles, it gets back to normal and no more jerks. Any idea what could be the problem?

Car Doesn't Move After Releasing The Brakes. Either In Drive Or Reverse. It...

So kicking myself in the rear here, because i let my friends dad change my brakes for me instead of being charged over 400 for it to be done at a local shop. When brakes were done he let down the ca...

I've replaced the spark plugs, throttle body I just can't get it to work