The 2005 BMW X3 strikes a balance between utility and fun. 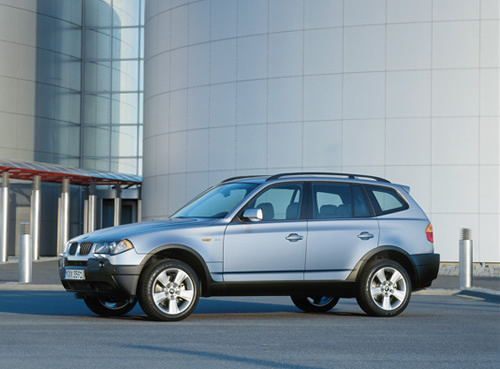 The BMW X3 is one of the most car-like and engaging crossovers to hit the market in a long time, and lives up to its nickname: "the ultimate driving machine." BMW endowed its smaller SUV with responsive engines, sporty handling, and a top-notch cabin that matches its premium-name pedigree. Two drivetrains are on deck for the 2005 model year: a 2.5-liter inline-six that makes 184 horsepower, and a 3.0-liter inline-six that makes 225 horsepower. There's no turbo, and no need for one. BMW's xDrive all-wheel drive is standard.

Two trims are available, which are designated by the type of engine that the X3 carries. The X3 2.5i is the base model, while the X3 3.0i is the upgrade. The X3 is targeted at new-car buyers that want a premium crossover that feels and drives like a sporty car. It competes with the Lexus RX, Acura MDX, Volvo XC90, and more. 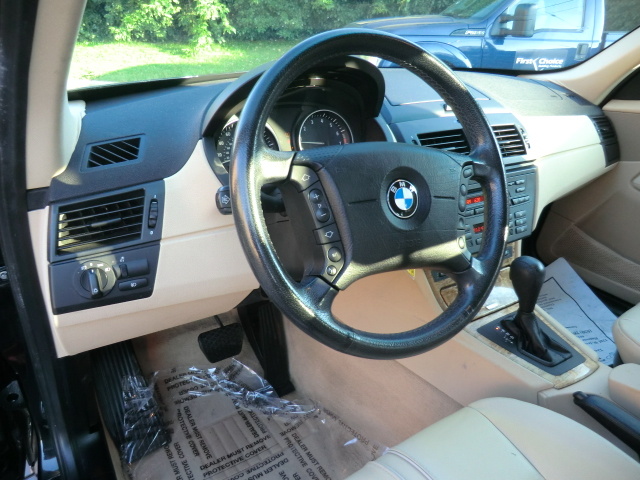 The Bavarian automaker did a great job at shrinking down many of the larger and more expensive BMW X5’s styling features for the smaller X3 package. The exterior is styled very similarly, with the traditional BMW kidney grille and round headlights being immediately-recognizable touches. The fenders flare out to create a muscular shape that makes the crossover look strong and imposing even when standing still.

Inside, the X3 is all BMW, all the time. All controls, buttons, and displays are exactly where they ought to be, and are all easily reachable from nearly any seat in the house – at least the front of the house. Thoughtful interior trim style and design touches like aluminum door sills and a stow-away navigation screen give the X3 an upscale look and feel that make its price tag look downright reasonable. 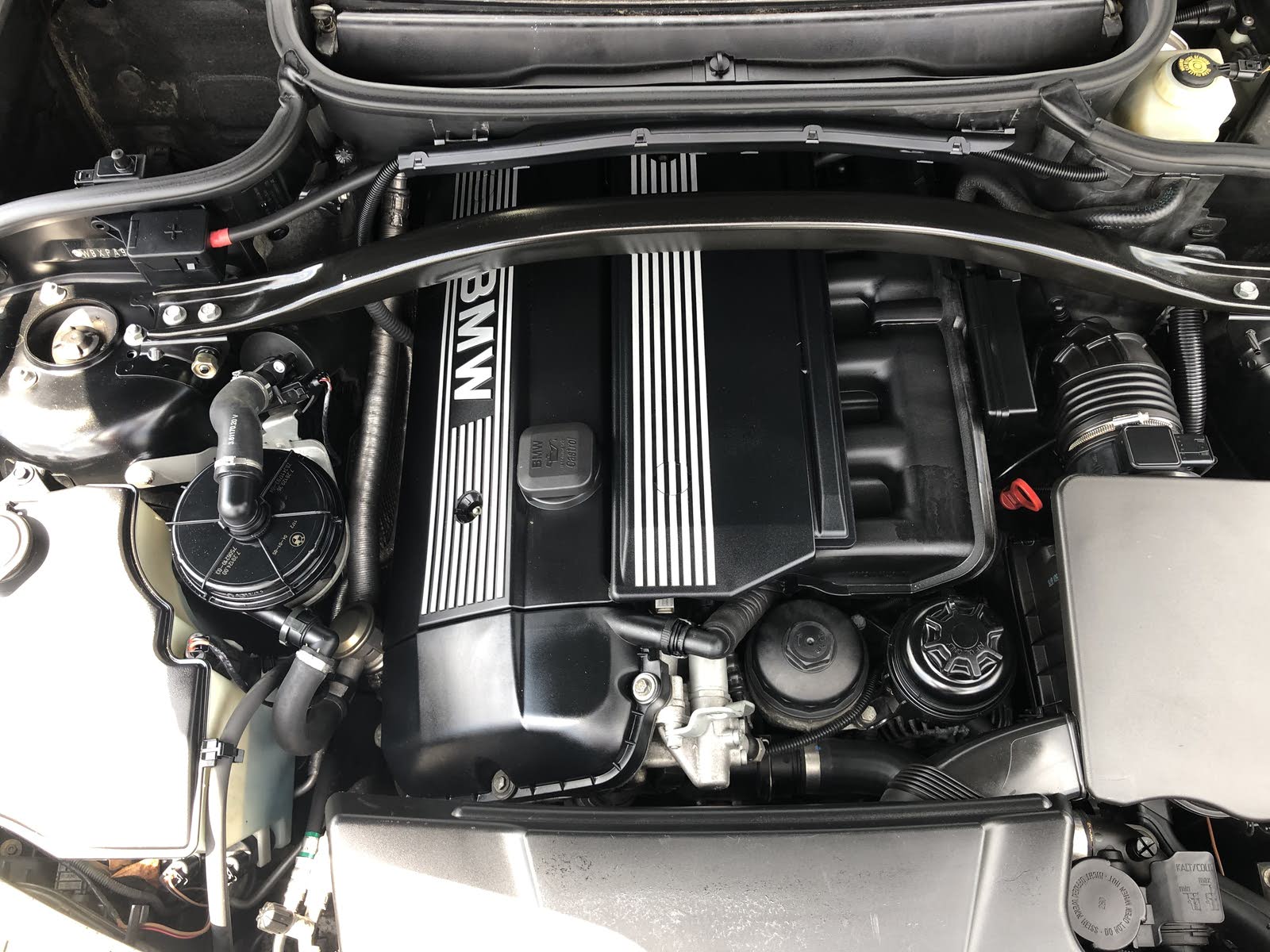 The X3’s real advantages come out on the road. It’s not a sports car by any stretch of the imagination, but it’s got taut-and-tidy road manners that give it a much more responsive feel than many of its competitors. The base 2.5-liter powertrain pairs an inline-six with either a six-speed manual gearbox or a five-speed automatic, both of which are excellently matched to the engine. Beyond that, the X3 gets standard all-wheel drive and a multi-link rear suspension system that keeps things tidy when the roads get curvy.

The upgraded six-cylinder engine provides more power and a more muscular sound, but retains the refinement and smoothness of its smaller counterpart. It’s also available with a six-speed manual on top of the five-speed automatic transmission, but both are good pairings that work to keep the engine in its most ideal range to deliver the best power. The power that comes from AWD makes handling a solid experience in all versions of the sport-utility.

That engaging driving experience is on tap with or without the available Sport Package, which brings larger wheels and other features. Braking is strong and confident, and the steering wheel communicates much of what's going on under the vehicle. Despite its small overall dimensions, the X3's longer wheelbase helps cement its upper-tier handling and ride comfort. 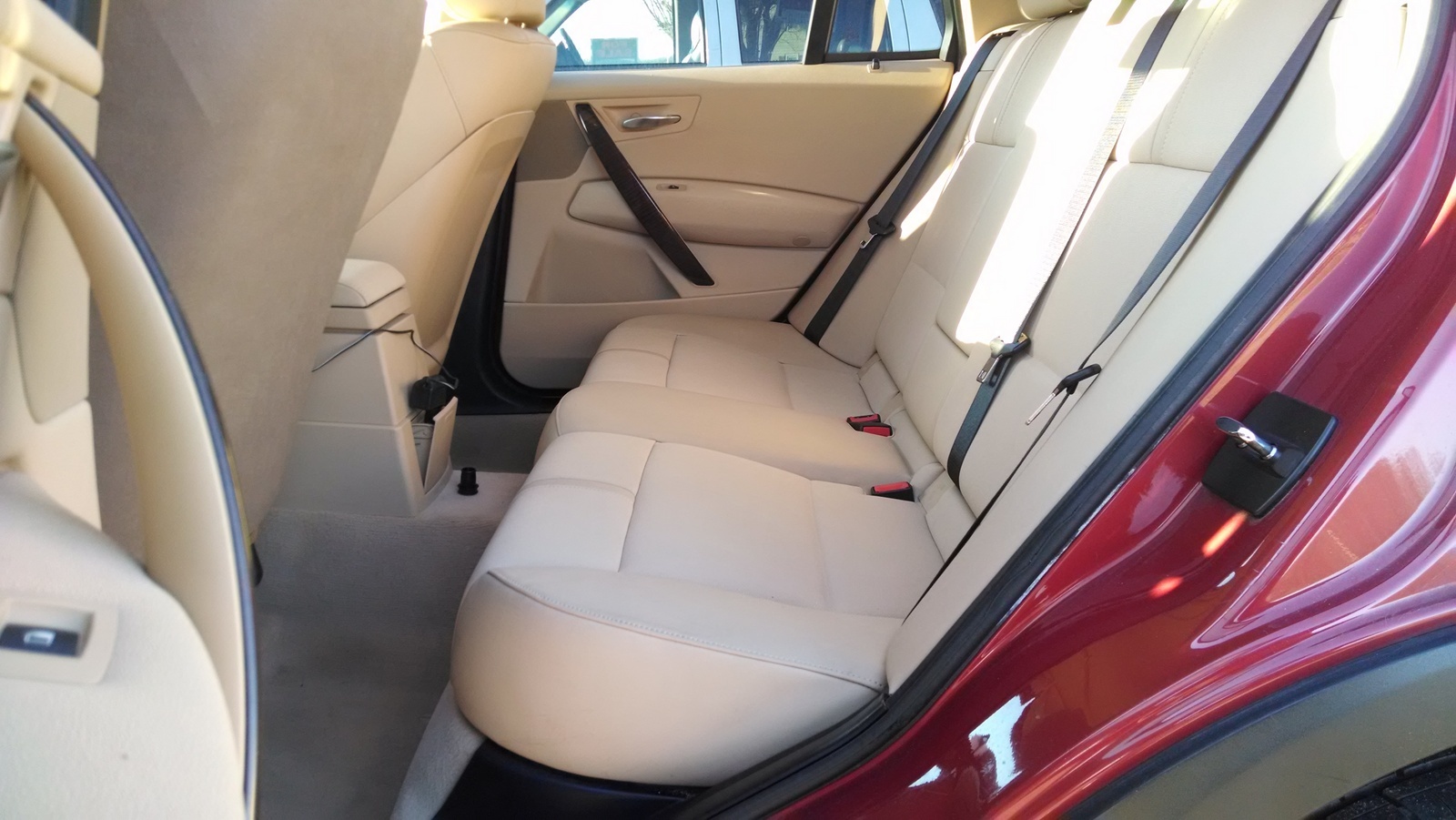 The X3’s seats provide a great level of adjustment and offer the ability to settle into a commanding driving position for people of almost any size. That’s great news for front-seat passengers, but folks in the back may end up with cramped knees if there’s a tall passenger up front.

Storage space is generous, and provides the ability to carry objects of several different sizes. The door pockets are small and limiting in their ability to carry wide or tall items, but the cargo space behind the seats is vast. With the seats up, the X3 manages 30 cubic feet of space, but with the rear seats folded down the cargo hold opens up to 71 cubic feet. 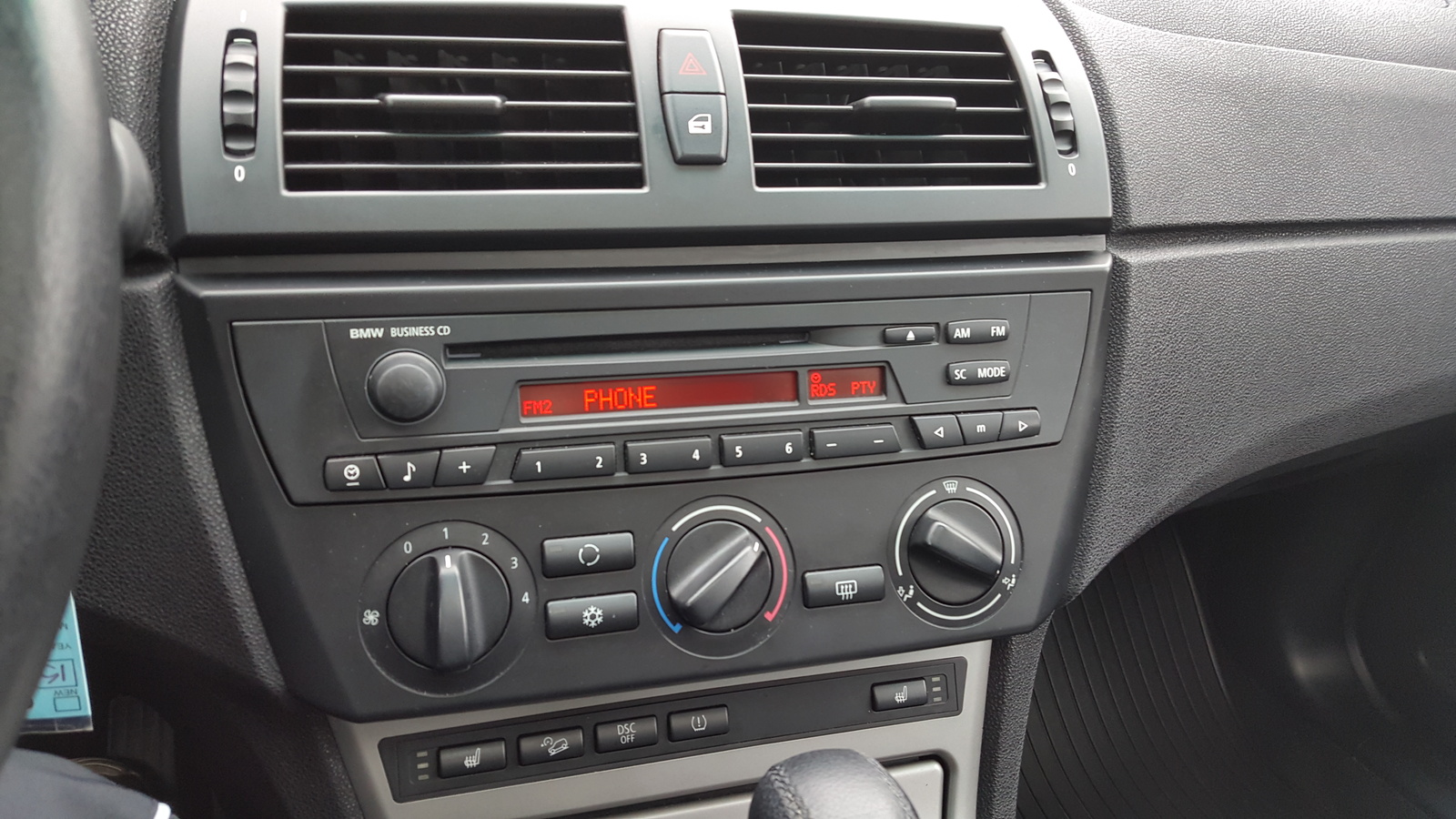 Standard tech in the 2005 BMW X3 includes an MP3-compatible stereo with a radio-data system, 10 speakers, two subwoofers, and an LCD main and trip computer display. Optional features include automatic climate controls, a premium stereo with 10 speakers and subwoofers, CD changer pre-wiring, a six-disc changer, SiriusXM satellite radio, cruise control, an iPod adapter kit, a navigation system, Xenon headlights, a cold weather package, and a BMW cellular phone system. Many of the available tech features can be added by choosing the Premium Package.

When it comes to tech and luxury features, there’s not much that the X3 can’t be equipped with. Its quiet interior aids the stereo’s effectiveness, giving it a deep, bass-filled sound that has to be heard to be believed. Even the large, optional panoramic moonroof doesn’t bring in a ton of unnecessary road noise. 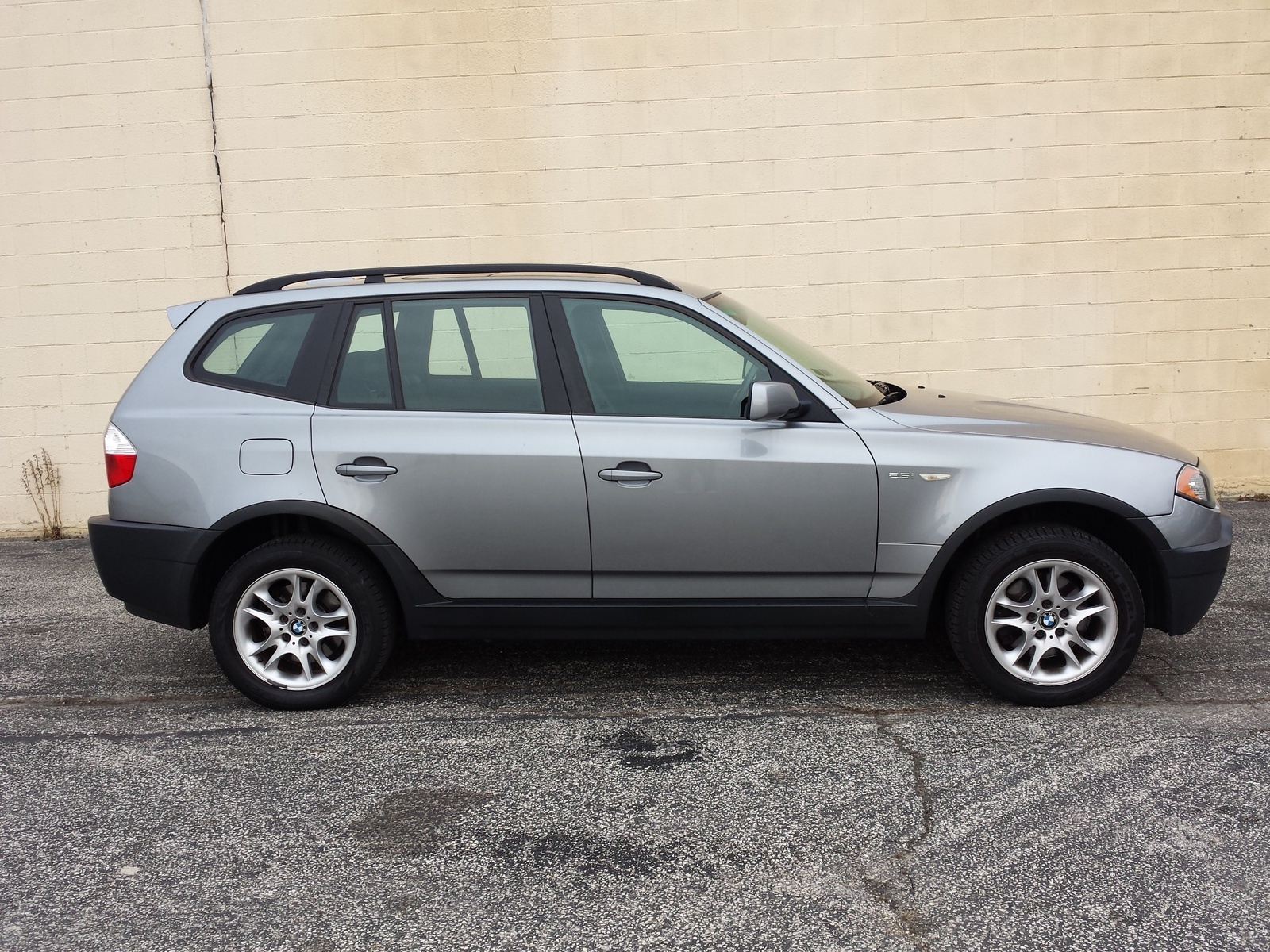 The Insurance Institute for Highway Safety (IIHS) gave the 2005 X3 its top "good" rating in front crash tests, but the crossover scored "poor" for its head restraints and seats. The National Highway Traffic Safety Administration (NHTSA) rated it five stars overall in both front crash-test categories, four stars overall for side crash tests, and did not rate it for rollover resistance. 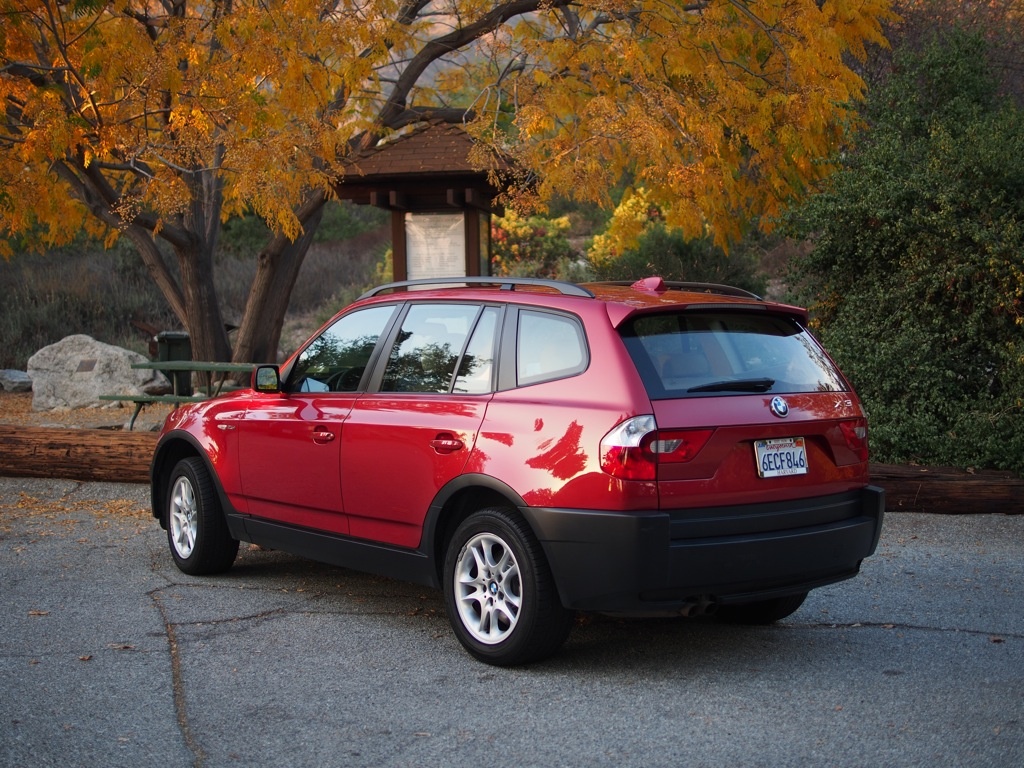 The X3 carries a premium price that matches its upscale position in the market. The BMW X3 2.5i has a base price of $30,995 (after a $695 destination fee) and the X3 3.0i starts with an MSRP of $36,995. That’s less than the Lexus RX and Volvo XC90, but both of those are larger vehicles. The Infiniti FX is similarly priced, but lacks the solid driving experience.

MyBMWX3 One major problem is the panoramic sunroof. They become unaligned and the back window will stay stuck up.

Why Is My Car Overheating?

I have a 2004 BMW x3 i just got the cooling system replaced about 2 months ago and the radiator replaced two days ago yet my car is still over heating. the temp gauge needle keeps fluctuating and it...

I’m not sure why my car keeps over heating no more . I replaced the radiator fan , water pump, coolant temp sensor, and thermostat. I flushed heater core only get heat while driving when in park i...

No Air Blowing Out Of Windshield Vents

177 views with 1 answer (last answer about a year ago)

Joschrestman asked a 2005 BMW X3 2.5i AWD Maintenance & Repair question about a year ago

Why Is My Radiator Leaking After I Drained And Refilled It?

Hello, my car was running hot, but not leaking so I changed the thermostat. Then I pulled the plug (adjust screw) at the bottom of the radiator and drained it and replaced it. I filled and added t...

59 views with 2 answers (last answer about a year ago)