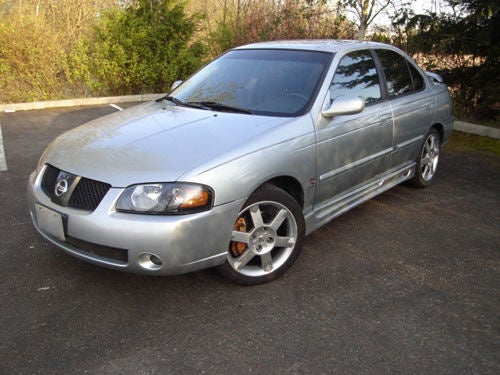 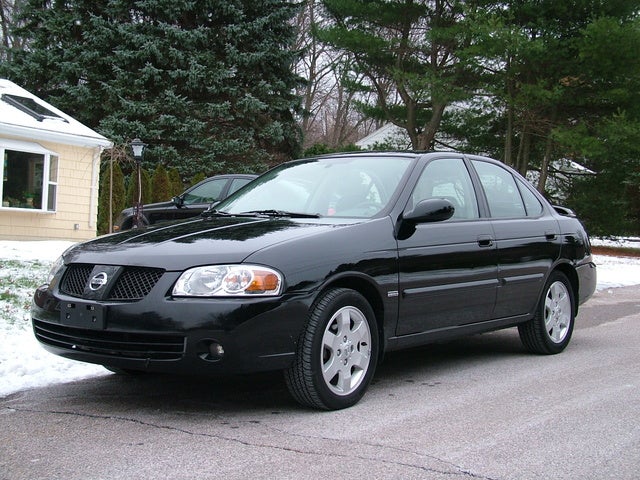 A Sentra by any other name would still drive as sweet...The 2004 Nissan Sentra changes its trim designations, but essentially keeps everything else the same in its economy compact sedan. From commuter to budget driving enthusiast, the 2004 Sentra tries to please every type of driver.

Engine size replaces the old trim names. The XE and GXE are now the Sentra 1.8 and Sentra 1.8S, both with a 1.8-liter, 126-hp I4 engine and choice of 5-speed manual or 4-speed automatic. The 1.8S adds on power features, remote entry, an 8-way driver's seat, and CD player. The 2.5 Limited Edition is now the 2.5S, carrying the 2.5-liter, 165-hp I4 from the SE-R. It carries the auto tran only and adds on ABS brakes and side impact airbags, which are optional on all other models (but the base 1.8). The SE-R and SE-R Spec V retain their names, engines, and their racing-inspired suspensions. They come with larger wheels (16" and 17" respectively), and in 2004, the Spec V gets more supportive sport seats and optional Brembo brakes. Both SE-R models and the 2.5S get a standard trip computer, and all models feature an upgraded audio system.

The 2004 Sentra is the number two seller for Nissan, most likely because it is an affordable compact that comes with a lot of standard features and, with the SE-R, a fun driving experience. Rear seats are cramped, but they do split-fold 60/40 for more trunk room, and there are many storage options throughout the cabin, including a dash-mounted box. Gas mileage is great in the 1.8 models (28/35) and decent in the 2.5 (23/30). Owners like the handling and zippy performance of the 2004 Sentra, and love the power and torque in the SE-R models. They complain about interior quality, with easily breakable plastic parts that show scratches and stains. Paint chipping is also a problem. Reliability has been an issue with the 2004 Sentra, with many drivers reporting starter failures. Side impact crash ratings were disappointingly low.

Users ranked 2004 Nissan Sentra against other cars which they drove/owned. Each ranking was based on 9 categories. Here is the summary of top rankings.

Have you driven a 2004 Nissan Sentra?
Rank This Car

Battery Light And Brake Light On

I have a 2004 Nissan Sentra SE-R Spec V, 2.5. I replaced the battery and the alternator. Brake light and battery light still on. Battery reads 13volts when the car is off. Reads 15.4 volts when th...

Do You Charge Any Fee For Selling My Car?

How To Fix Air Flow From A/c Or Heat To Where It Blows To Windshield And Fl...

Currently when you have the heat on it will only blow out the dash. Will not switch to windshield or floor board.

Gary asked a 2004 Nissan Sentra 1.8 S Maintenance & Repair question about a year ago

If I try to put in another 2 ounces of freon to my A/C will it get colder or will it do anything besides overcharge my A/C ? How long should it taking my 2004 Nissan Setra to get ice cold coming out...

What To Do? Needing To Troubleshoot.

I just got 2004 nissan sentra standard driven it has been setting up for about year now. Before buying it I was told at the time only thing that could be wrong with it was the cam shaft position se...