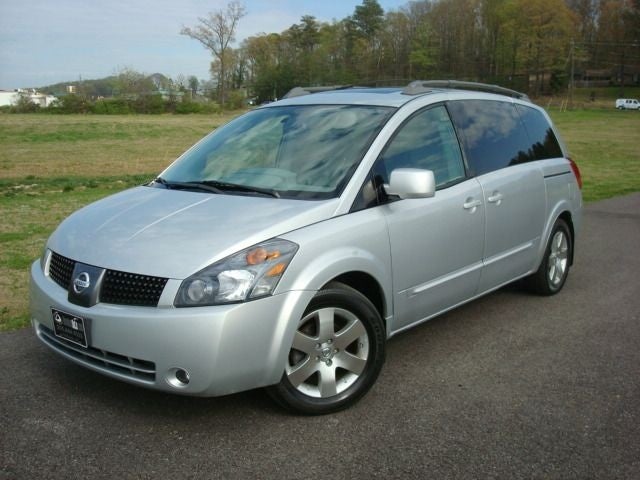 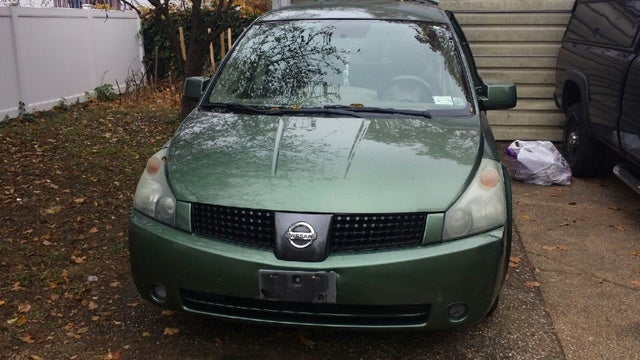 After a year-long hiatus, the Nissan Quest returns in 2004 with an all-new style, more powerful engine, a houseload of features, and more passenger friendly configurations. A redesigned exterior adds more curves and sloping lines to erase the boxy minivan stereotype. Built on the longest wheelbase in its class (124 inches), the 2004 Quest claims to offer more interior space than its competitors, along with dual sliding doors that open four inches more than other minivans, providing better access to the third row.

There are three trim levels of the front-wheel drive minivan, each powered by a 240-hp, 3.5-liter V6 engine shared with the Nissan 350Z. The base S and SL trims come with a 4-speed automatic, while the top-end SE gets a 5-speed auto tran. All minivans come standard with ABS brakes, dual front and side curtain airbags for all three rows, traction control, a CD player, and remote entry. Stability control is standard on the SE. The SL adds power driver's seat, alloy wheels, power pedals, and a power passenger door and liftgate. The SE lets you travel in style with 17-inch wheels, power front seats, leather upholstery, power sliding doors, front sunroof and four Skyview fixed panels over the back two seats that help open up the cabin for everyone. Standard rear parking assist is optional on the S and SL. A two-monitor DVD system is also optional, but the Quest does come with four power outlets for laptops, cell phones, or video games.

The second row captain's chairs and third row bench both fold (the third row folds completely flat) for up to 149 cubic feet of storage space. A big change in the 2004 Quest is the controversial center-mounted gauges that have been moved from behind the steering wheel. Drivers say it takes a while to get used to shifting your eyes over. Owners like all the standard features, the responsive engine, comfortable seats, roominess, and sporty handling. Gas mileage is decent, at 20/25 mpg. The 2004 Quest seems to have a lot of quality issues, however, and owners say they spend a lot of time in the repair shop dealing with early tire and brake wear, a faulty sliding door, and numerous rattles. This year the minivan had many recalls. Other objections include the center cluster and hard to read gauges.

Have you driven a 2004 Nissan Quest?
Rank This Car

the rear door and hatch do not open using the buttons in the car or the buttons on the remote Nissan dealer ship said all door motors, door latches work fine check all wire's after removing door pa...

I have a used 2004 Nissan quest, we just got it used today. As we were trying to go home, my husband realized the car wasn't speeding up. He pushed on the gas pedal and it wouldn't go any faster t...

engine over heats and fans dont come on

Have a auto sliding door on a 2004 nissan quest which will not close all the way before backing off (like there's an obstruction) rails are clear and lubed, rubber is fine. Any adjustments I am missi...