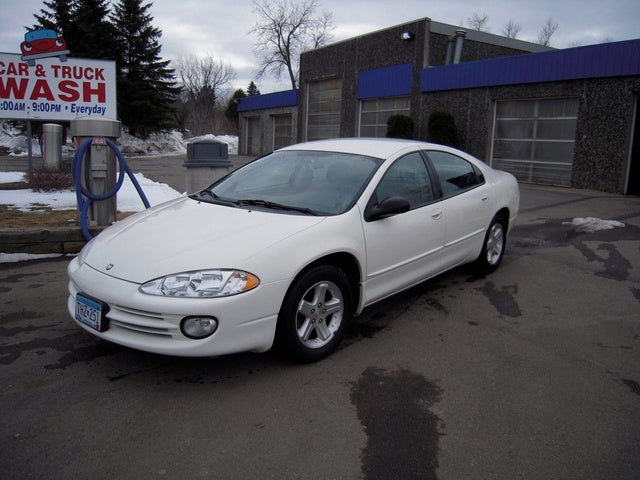 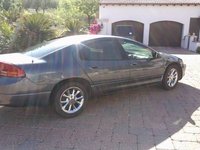 Some are wistful and some are thankful that 2004 was the last year for the Dodge Intrepid. Those that loved its sporty design and matching powerful engine, whose heavy-duty torque and quick acceleration make you first off the line, as well as its voluminous space for passengers and trunk cargo, wished Dodge would continue making the Intrepid. Those plagued by continual mechanical problems with the electrical system (driver's power windows), transmission failures, engine rebuilds due to sludge buildup (with the 2.7 V6), and problems with rear visibility are glad to see this car go.

The 2004 Dodge Intrepid did not change from 2003, since Dodge was preparing to replace it with its upcoming Magnum. Offered in SE, SXT, and ES trims, all with a V6 engine (ranging from 200 to 234 to 250-hp) and 4-speed automatic, the Intrepid was a speedy family car. Fitting five or six inside, depending on what types of seats you opted for, the once unique cab-forward design allowed for a bigger cab with more head, leg, and elbow room. Its suspension and longer wheelbase meant a firmer, smoother ride, though efforts to reduce road noise did not seem to be successful.

Owners loved how comfortable the Intrepid was, especially on long trips, and how easy it was to drive despite it being a full-size sedan. Many owners of the 2004 Intrepid complimented it on its sound system. Aside from its sludge problems, the 2.7 V6 was thought to be sluggish, particularly on hills, the opening to the huge trunk was inexplicably too small, and the rear deck height marred visibility.

What's your take on the 2004 Dodge Intrepid?

GuruTBPG2 Will fluid(water leak) cause the car to shut down and not start?

Have you driven a 2004 Dodge Intrepid?
Rank This Car

Why Is The Front End Clunking

Bought a 2004 Intrepid 5 months ago. I hear a pop noise in the front end on the right side at low speeds maybe 10 mph. Not sure what it is. Bushings? Struts?The struts feel firm And the ride is ni...

I personally changed out the water pump and thermostat on the car several years ago and it got very little use from then to now. Now the engine overheats and burps large amounts of coolant out of th...

My Starter Wont Turn And Only Gets 7 Volts

I had the battery, fuses, alternator, and starter checked, and they all are good. I even cleaned the connections for them and they are getting 12 volts. At first, I put my multi-meter on the wires f...

What Could Be Wrong With Engine?

266 views with 3 answers (last answer about a year ago)