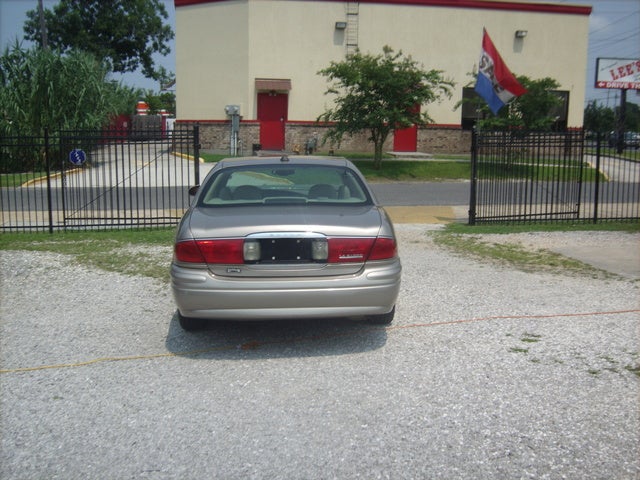 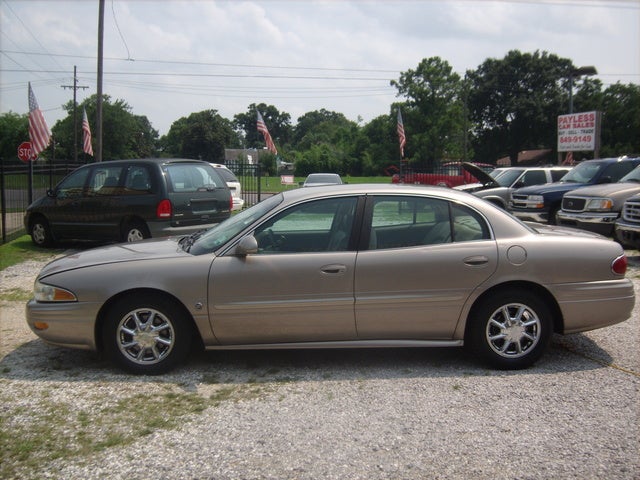 Buick decides not to mess with success in its 2004 LeSabre. Still the number one full-size sedan in America, the only changes to the 2004 Buick LeSabre are some new fabrics and new colors. The front-wheel drive sedan ostensibly seats six in two rows of bench seats, though four would be most comfortable. Bucket seats can replace the front bench in the Limited, and a trunk pass-through in the backseat accommodates some longer awkward objects. The seats do not fold down, but the trunk is already a pretty spacious 18 cubic feet.

Offered this year is the Custom, Limited, and Celebration Edition, which is carried over from Buick's 100th anniversary in 2003. All 2004 LeSabres are fueled by a 205-hp, 3.8-liter V6 and 4-speed automatic. Earning four and five-star crash ratings, every model comes with ABS brakes and dual front airbags. The Limited and Celebration add side impact bags and traction control. StabiliTrak is standard on the Celebration and optional on the Limited. The Custom is well equipped with power features, including an 8-way driver's seat, and wheel-mounted controls, while the Limited adds on more upscale luxury with leather seats, dual-zone climate control, OnStar, power outlets, and a 10-way driver's seat with memory settings. The Celebration adds the heads-up display.

One of the reasons the 2004 LeSabre, and Buicks in general, are popular with an older consumer is its hassle-free dependability, safety, and quiet, smooth, floating ride. These attributes are also attractive to families. Drivers love the roomy trunk, the 20/29 gas mileage, and features such as a heads-up display and the wheel-mounted controls. Handling is a breeze. Some say the soft suspension is too airy (a Gran Touring package adds a stiffer suspension and larger wheels) and cornering wide, with too much body lean. Drivers also complain of wind noise and the lack of seat support. They also find it odd that the battery is under the back seat.

Paul Recently acquired a 2004 Celebration Edition with 50000 miles. Rides great and love the 3800 engine Also get to play all my old school cassettes in it as well ☺

Have you driven a 2004 Buick LeSabre?
Rank This Car

Are Body Parts Interchangeable Between A 2000 And 2004 Lesabre?

How To Check If My Alternator Is Bad

Battery light stay on, just put new battery in November of 2020. My idiot light doesn't come on, the radio where it shows it's on or off there's nothing on that my power windows won't work, and my...

Quits In The Middle Of The Road

I can be going down the road and Brandy ( my 03- 04)) Buick lasaber custom) will randomly loose all power and stall out. Sometimes I can let it coast and it will rev back up and be fine. Other times...

How do I get a radio unlock code for a 2004 buick lesabre?