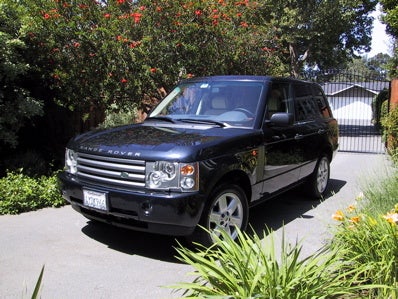 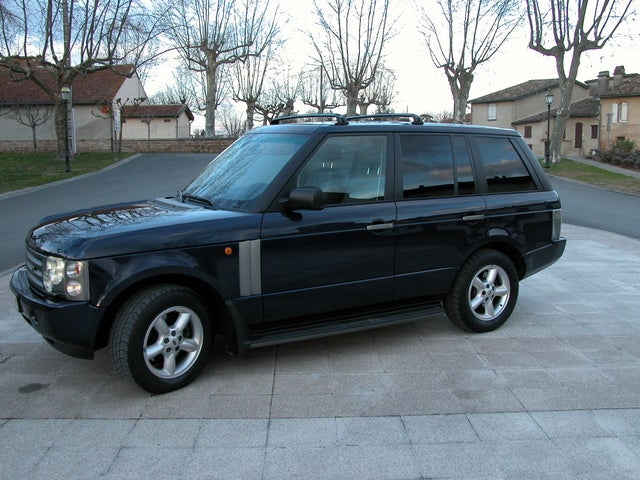 The Range Rover was completely redesigned for 2003. This overhaul marked the beginning of the upscale SUV's third generation, even though this was the 34th year of production. Almost everything is new, as Land Rover has put greater emphasis on ride quality and user friendliness.

Although Land Rover is now owned by Ford, this new third generation model was developed while the British marque was under BMW's control. The German automaker supplied the new engine, which replaced an antiquated 4.6 liter V-8. The new 4.4 liter V-8 offers a significant power upgrade, with 282 horsepower and 325 pound-feet of torque. Range Rover's towing capacity jumped from 6500 to 7700 pounds with this addition, and fuel economy also improved slightly, up from 12/15 to 12/17 mpg. The BMW-engineered V-8 is paired with a five-speed automatic, also new this year.

The new Range Rover has been well-reviewed with ride and interior quality listed as two common favorite features. Mechanical issues and reliability complaints have reduced dramatically since 2002, but some electrical problems have been reported. Many deal with the navigation system, which seemed to be more reliable off-road than on the streets. The Range Rover offers the same luxury and off-road capability as always, but now with a more inviting interior, improved build quality, an a noticeably refined feel. "Enjoyable to drive" has become a common accolade in 2003. Few would made such claim before.

What's your take on the 2003 Land Rover Range Rover?

beetlejuice77 Needed information about the source of the milage, city vs hiway.

Users ranked 2003 Land Rover Range Rover against other cars which they drove/owned. Each ranking was based on 9 categories. Here is the summary of top rankings.

Have you driven a 2003 Land Rover Range Rover?
Rank This Car

No electric is on and the key wont turn. When I jump it with another car the lights come on and the key turns but doesn't start just clicks, what could be the problem? Please help.

Does anybody know where does the V8 engine of this model come from. I know it was designed while owned by BMW but it went out during the Ford ownership, therefore I am hesitating between the BMW V8 an...

can I use B.M.W ENGINE IS TOP THE SAME, How about Jaguar, what year range rover are compatible, can I USE 2006 ENGINE TO REPLACE 2003, ALSO How you remove the engine from the bottom or top

I am looking to purchase a 2003 Range Rover HSE. The dealer can offer me a 3 year extended warranty that covers engine/transmission/differenti... for 1958..00 or one for 2 years that covers the above...