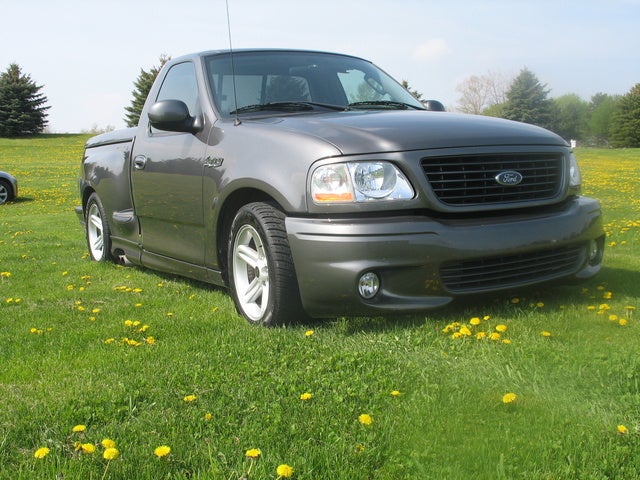 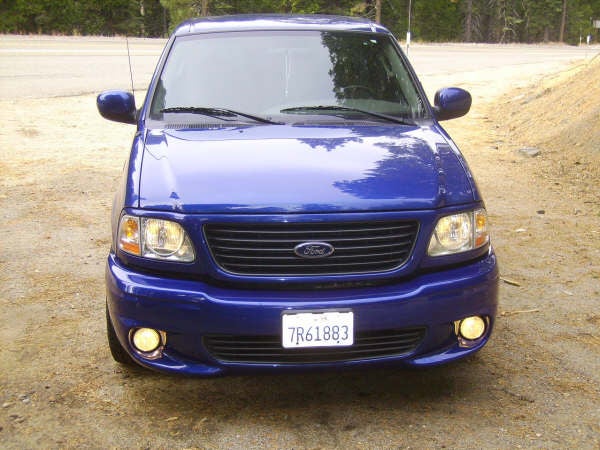 Ford's only significant modification to its 2003 Ford F-150 SVT Lightning was to upgrade the truck's cargo capacity from 800 to 1,200 pounds. Even with the increased capacity, though, the SVT Lightning targeted the performance truck market rather than people looking for a workhorse pickup.

And, yes, the performance truck market continued to embrace the 2003 Ford F150 SVT Lightning. The combination of its styling (swooping, aerodynamic curves), its handling (a lower-riding, reinforced version of the F-150 platform, along with a specialized drivetrain, gave it tremendous responsiveness and agility), and an array of extras distinguished the SVT Lightning from workaday trucks.

It was what was under the hood, though, that really made the 2003 F-150 SVT Lightning special. A supercharged Triton V8 yielded 380 horsepower and 450 ft/lbf of torque. This kind of power, in conjunction with the smooth-handling suspension and the specialized 18-inch wheels, brought the Lightning the acceleration and ride of a sportscar.

Ford seemed to count on the Lightning's loyal following to sell out its limited production run; buyers were offered few choices, with only one configuration (a two-door standard cab short-bed setup), one transmission (automatic, if you please), and five colors: red, black, silver, blue, and gray.

Ace Will never sell my 2003 L 150 til you pry keys from my dead hands. Best purchase ever. It took over 1 month to find one available non-modified in 2003 in Houston.

ARE THE FORD F150 LIGHTING RELIABLE.. WHAT ARE THEY RATED ON CONSUMER REPORTS

651 views with 2 answers (last answer about a month ago)

Cause Of Running Rich

If I Have An F150 Lightning With Less Than 75k Miles But It Rebuilt From Sa...

What Is The Biggest Engine It Can Fit In?

Because i wanna see if i buy it to get a bigger engine than a 5.4