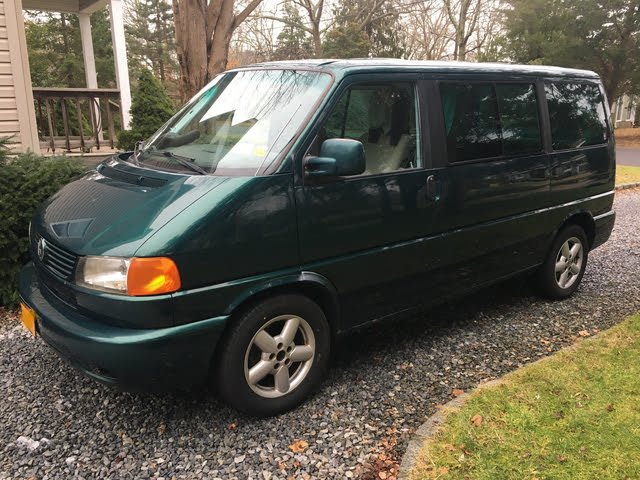 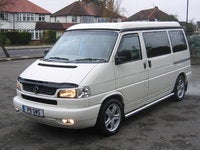 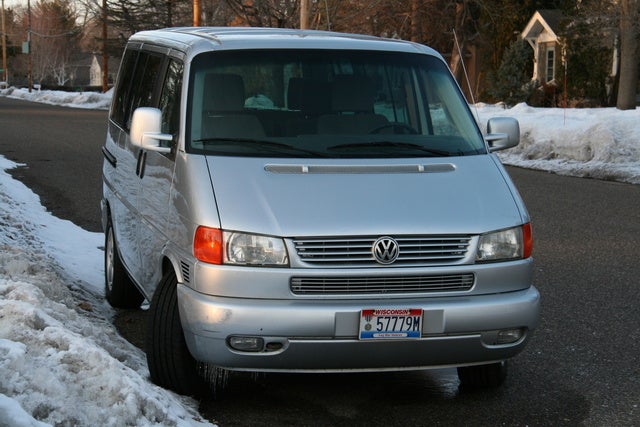 The Volkwagen EuroVans that appeared in showrooms in 2002 were essentially the same models that had been sold the previous year, with the same 201-horsepower, 2.8-liter V6 engine, and a four-speed automatic transmission, which was standard. About the only real changes were a few new exterior colors, a new stability control system, and an upgraded basic warranty (to four years/50,000 miles).

The EuroVan's higher driving position, functional options, roominess, handling, and power upgrade all received positive comments from drivers. However, some noted that their EuroVans tended to spend a lot of time in the shop, resulting in expensive repairs.

What's your take on the 2002 Volkswagen EuroVan?

Have you driven a 2002 Volkswagen EuroVan?
Rank This Car

Is this an immobilizer issue? If you click the remote key lock and unlock a few times it will start. It happens usually when cold, but also has happened on a trip to a store. Perhaps not getting the k...

Everyone, Our 2002 Eurovan Camper won't start - here are the symptoms: Battery shows over 14v, so no lack of charge issues Radio turns on when you turn the ignition, cuts out when you remove the key f...

My 2002 Vw Rialta When Key Urrned On To Start Engine It Wont Engage The St...

My 2002 VW rialto when ignition switch is turned on to start engine it wont engage. In the past some times would have to try 3 or 4 times before starter would turn over to start it. Could it be an ig...

936 views with 2 answers (last answer about a year ago)

Heater/AC control panel flashes for 5 to 10 seconds upon ignition , AC starts with cold air then gets warmer especially in town traffic. Any ideas as to what this is... how can I repair this issue...

2002 Eurovan MV. Our ignition switch has failed and our mechanic says the only solution is to order a new switch from Germany that will be programmed to work with our anti-theft system. $600 and co...