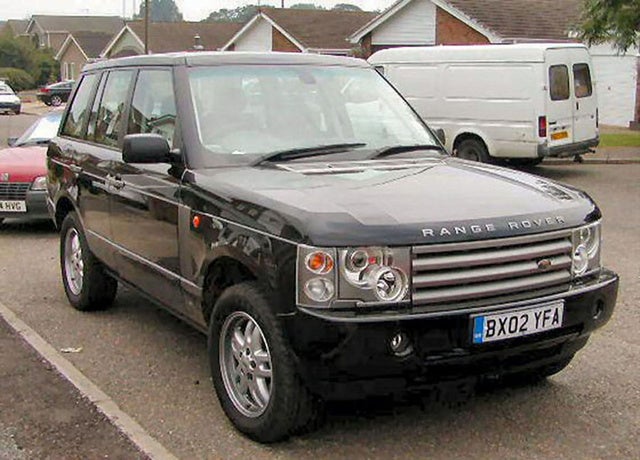 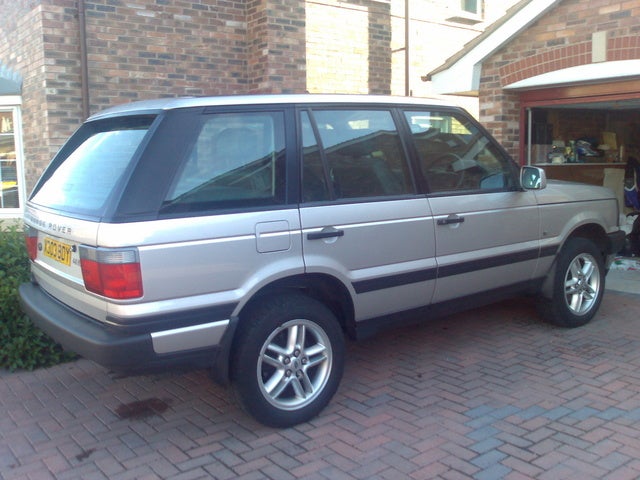 The Range Rover is carried over for the 2002 model year, but the lower level SE trim has been dropped. In 2001, all that separated the two was badging and the HSE's standard navigation system, which was optional on the SE. A special Westminster Edition was also offered in 2002, in very limited production. This model had the same engine and equipment, but it featured a Westminster Grey interior and exterior color scheme. A fully redesigned Range Rover would arrive in 2003.

The 4.6 liter power plant returned for 2002. This V-8, in use since 1995, generated 222 horsepower and 300 pound-feet of torque, and was mated to a four-speed automatic transmission. The 5000 pound Rover had a towing capacity of 6500 pounds, and it earned a less than economical EPA rating of 12/15 mpg. The Range Rover's 4WD drive system included a self-leveling air suspension and locking center differential. ABS and traction control also came standard.

The Range Rover was introduced in 1970, and is considered to be the first luxury SUV. By the time the second generation of production began in the mid-1990s, Land Rover had embraced new technology to improve upscale feel of the vehicle. Many new features, not visible to the occupants, were directed at improving ride quality. They included a smoother transmission, a more potent engine, a strong chassis and air suspension. When the third generation began in 2003, many new features, including a six-speed automatic transmission, would take the somewhat antiquated Rover to the next level.

The luxury appointments are often cited as a favorite feature among owners, along with the vehicle's off-road prowess. However, the Range Rover was the first of many capable 4x4s that buyers may choose for strictly on-road purposes. The Rover's true potential cannot be realized if drivers never hit the trail. On the road, the Range Rover's ride has improved over time, but few would equate it to that of a luxury car. Owners and reviews agree that the Range Rover is ideal for those seeking a status symbol or adventure, who are willing to pay the price at the pump and at dealer service.

What's your take on the 2002 Land Rover Range Rover?

Have you driven a 2002 Land Rover Range Rover?
Rank This Car

I have a 2002 Borrego Edition. I am trying to find some type of LR register of how many of this edition is still around. I found documentation that they produced 100 total. One for each LR dealership ...

Car Will Not Change Gear

Just put a new engine in car and it stays in first gear This car is a rover 25 automatic. but its not on the list

Why Are Dealers Allowed To Put Vehicles Up For Sale When They Have Already ...

Is This Vehicle Reliable? How Does It Handle And Maneuver?

Does it ride and drive like a luxury sedan? I really want one and Im just bugged about the reliability. Ive seen on edmunds that a lot of people like this vehicle and say that its reliable. How does t...