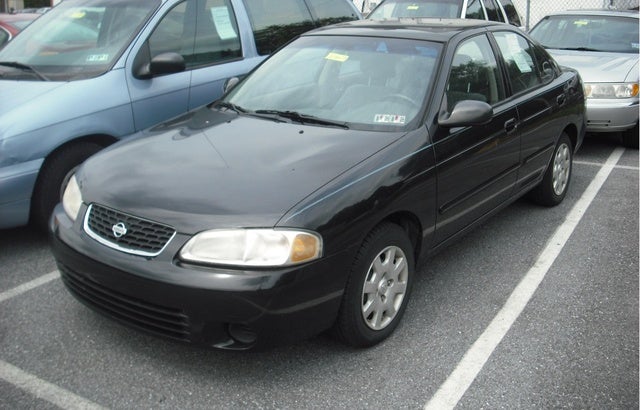 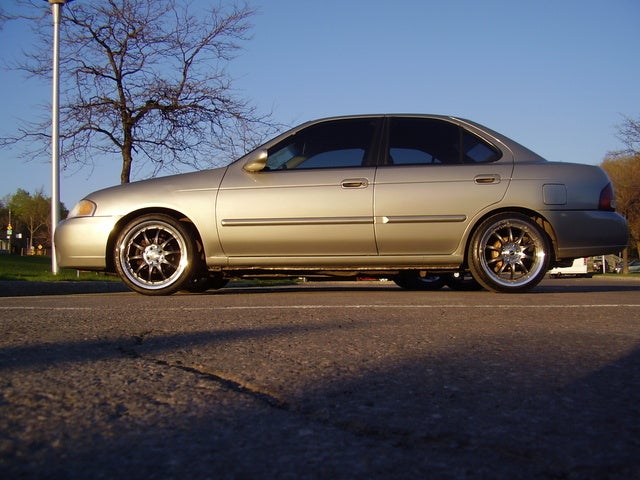 A stylish new Sentra debuted last year, so there are few changes for the 2001 Nissan Sentra. Newly upgraded to the compact category, thanks to a 6-inch increase in overall length, the Sentra boasts a lot of standard convenience and safety features and a sports-oriented version that makes it not your typical economy car. Available in base XE, GXE, and the sporty SE trims, the only addition to the 2001 Sentra is an emergency trunk release. A low-emission version, the CA, is available in California.

A 1.8-liter, 126-hp I4 engine is found in the XE and GXE, while the SE comes with a 2.0-liter I4 tuned to 145-hp. It features a rear spoiler, larger 16-inch wheels, side sills, a stiffer suspension, and large rear disc brakes (the other trims have drum brakes). The CA also has the 1.8 I4, but is rated at 122-hp. Dual front airbags are standard across the line, and side impact bags are optional. ABS brakes are offered on the GXE and SE only. The rear seat would not be a good place to put Shaq, or even Allen Iverson, for that matter, but owners say the seats themselves are comfortable. An optional split-folding rear seat is handy for extra storage, though drivers complain the seats don't fold flat enough. There are handy storage compartments scattered throughout the 2001 Sentra, including one on the dash.

The new 1.8 engine is sufficiently peppy for such a small car, and owners are surprised by the responsive acceleration in the 2001 Sentra. The SE is the most fun to drive, with noticeably better handling, though a somewhat bumpier ride. Both engines are reliable and durable, and the gas mileage is a big draw for budget-conscious buyers. Aside from the rear legroom, most complains focus on mechanical failures. There were a number of recalls for the 2001 Sentra, and drivers report problems with sensor failure, grinding brakes, and door rattling. The Sentra CA had problems with the catalytic converter as well. Overall, Nissan customer service gets low marks from Sentra owners.

Users ranked 2001 Nissan Sentra against other cars which they drove/owned. Each ranking was based on 9 categories. Here is the summary of top rankings.

Have you driven a 2001 Nissan Sentra?
Rank This Car

What is called "High miles" on a Nissan? I'm looking at a 2001 Nissan Sentra with 217k. Is that too high off miles for that car?

I have a 2001 nissan sentra gxe. The other day it felt like the motor jerked real hard as if the mounts were bad. It will does this then shortly later just dies. It usually starts right back up. An...

Changing tranny fluid in my 2001 Nissan Sentra gxe 1.8 liter automatic. What will the approximate capacity for just a drain and fill be? what type of fluid does it take? And what brand does everyon...

I was driving and my car lost power, I coasted into a parking lot and now it cranks but wont start.

Will I run in to any electrical differences between engines? This is my first engine pull so i'm out of my comfort zone. Any tips are very appreciated.