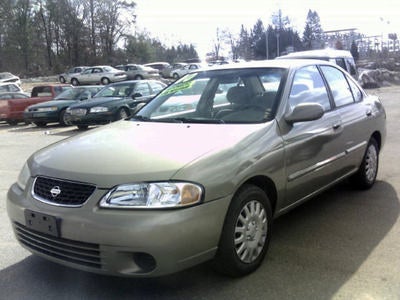 Average user score
4 ⁄ 5 stars
Based on 7 reviews
Scca Flagger Car by Jamie — I bought this car from my boss's fiancee back when it had only 208k on it. 2 years, 35k and several SCCA races later, it is arguably the most reliable car I've ever owned. I put a bunch of money into ... Read more
Wonderful, Cheap And Trustworthy Transportation by Gargonzilla — A wonderful car for those looking for cheap reliable transportation. Easily comparable to a Civic or Corolla but with lower prices. Not a car you'd buy for it's performance (126 hp) but it has good ac... Read more
Nissan Sentra by Eddie — fast 5-speed that gets amazing gas mileage...first nice car and i absolutely love it...very good quality and durability Read more 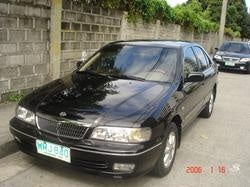 Striving to be thought of as more than just an economy subcompact, the 2000 Nissan Sentra gets a complete makeover and resizing this year that helps move it into the compact segment, and an improved suspension and engine that turns city commutes into something to look forward to.

Now longer than both the Civic and Corolla, the 2000 Sentra gains 6 inches in length, 2 cubic feet inside its cabin and nearly a cubic foot in its trunk. It receives upgrades to its interior materials and gets body-colored bumpers and grille for a sportier look. A stiffer platform improves handling and safety considerations and hopefully reduces some exterior noise. The 2000 Sentra also gets a new engine in its base model XE and GXE, which now carry a 1.8-liter, 126-hp I4. The sports-oriented SE, which features bigger tires and brakes, a rear spoiler, and side sills, zips around the roads with a 2.0-liter, 145-hp I4. A 5-speed manual is standard on all trims, with the option for a 4-speed automatic. Also new this year is the 2000 Sentra CA, the first car to receive the Super Ultra Low Emission Vehicle rating (SULEV). Designed only for California, 500 of the CAs were produced in 2000.

The base XE is, well, pretty base, but the GXE comes equipped with power features, a CD player, and cruise control. Dual front airbags are standard, with side curtains an option. ABS brakes are available for the GXE and SE. Another option is a split-folding rear seat, though owners say the opening to the truck isn't big enough. Though the GXE is the most popular model because of its features, drivers say the SE is the most fun to drive. Gas mileage (27/35 mpg) is another highlight, as is the overall smooth ride. The engine on the 2000 Nissan is very durable and seems to last forever. Criticisms point out the small rear seat (normal for a compact), the ugly seat fabric choices, and repair problems with the catalytic converter and various sensor failures.

Users ranked 2000 Nissan Sentra against other cars which they drove/owned. Each ranking was based on 9 categories. Here is the summary of top rankings.

Have you driven a 2000 Nissan Sentra?
Rank This Car

What Can Make Engine Light On ?

I'm not sure engine sluggish on take off .engines light start flashing? Any suggested

Storyi let my buddy usethe car he went to jail . With keys so .I had somebody come and help me get it to turn on . So he took the ignition off and I been driving it like that so now the steering w...

Problem Wjth Shutting Off While Driving