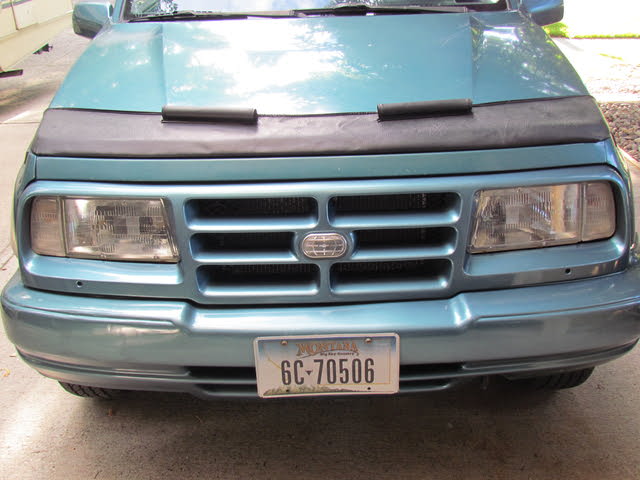 Have you driven a 1996 Geo Tracker?
Rank This Car

Its A Car. I Love Cars. Happy? By Matthew

Still in the process of getting it on the road for good. It was a great car for the 7 or so years we had it and then we sold it to the neighbor who kept it for 4 or 5 years and gave it back to us re... Read More

What can I say about the Tracker other then FUN!! Well, after I put the 3 inch lift and the larger tires this Tracker was a blast! It would drive through anything and you could take the top off and e... Read More

I Love It! By Twisted

I love, love, love this Tracker!! It is alot of fun to drive, it's great on gas, it's cute, and I can parallel park now! LOL! It is rock solid in snow when in 4WD. It's hard to make the wheels spin in... Read More

Great For A Commute, And For A Little Fun. By Patrick

Sweet... I Miss It By Traci

Never even got to drive it... I let my bro borrow it for a week and he blew the motor.... It was maroon with a black ragtop. 4WD, 3 cylinder motor, and it was quiet. It was my fav in most ways. Read More

Fun suv with a little 1.6l was one of the best outdoor summer vehicles next to the jeeps. Not the greatest on power but was amazing on gas. The suv was build very strong and the drivetrain never faile... Read More

I loved driving her always had the top completely off! When she ran I could depend on her to change my mood instantly and feel like a million bucks! I miss driving her an want her fixed! She so sad si... Read More

It's a good around town car. It's small size and short wheel base makes it easy to park in tight places. It's acceleration is good for merging into traffic on the highway, but it's not good at inner... Read More 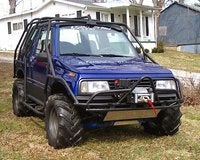 Looking for a Used Tracker in your area?

CarGurus has 2 nationwide Tracker listings and the tools to find you a great deal.