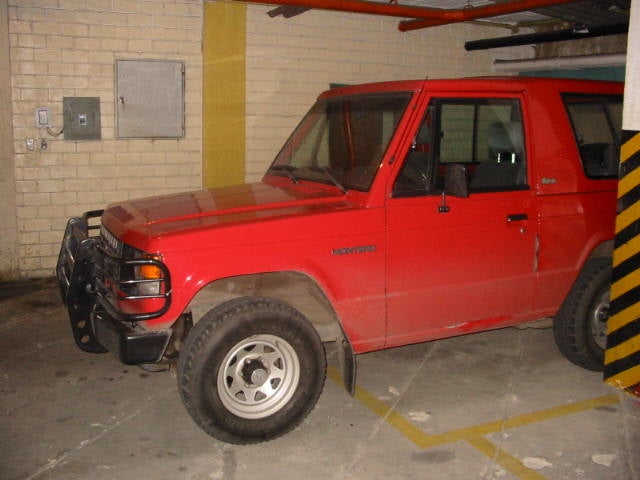 Have you driven a 1995 Mitsubishi Montero?
Rank This Car

The Mitsubishi Montero Limited Easily Passes For A Brand New Vehicle. By Tim

The Mitsubishi Montero Limited is a solid, luxurious vehicle. The Limited has all the bells and whistles. It is roomy - seats seven, plenty of leg and head room. It has a third row seat that collapses... Read More

Great car probably my best. the gas mileage sucked on it, and the exterior could have been better looking. it was a great 7 seater SUV.The car was great in the winter because all you had to do was... Read More

Good old car, keep up with maintenance and you will be happy. Read More

This is the best kept secret in the auto industry. Will eat Cherokee and Land Cruiser for lunch, and ask for a Land Rover for dessert. Still making them for the Asian and Australian market. Too bad fo... Read More

Reliability is the in thing for Montero and suspension Read More

The vehicle had a lot of mechanical issues requiring repair. Read More

I have discovered considerable rust on the chassis. Oil visible on the engine. Read More

At 13 years old it's about to hit 100k. Absolutely no mechanical failures so far. Looks amazing! 20" chrome rims and billeted grill have transformed it. Kids literally come running up and tell us how ... Read More

Have you driven a 1995 Mitsubishi Montero?
Rank Your Car →