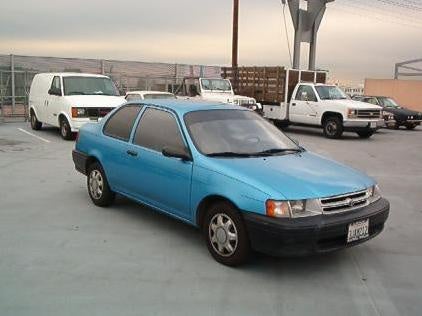 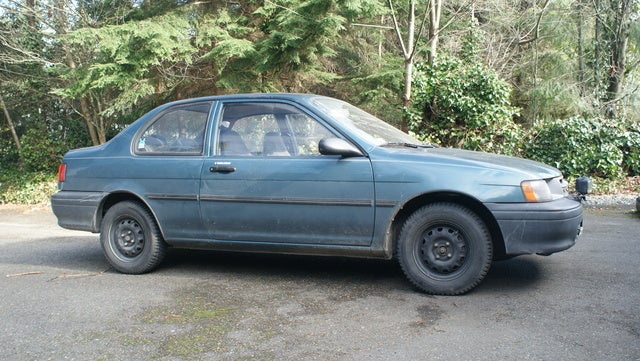 For the 1994 model year, the LE four-door sedan was discontinued. Other than that, the Tercel saw 1994 relatively unchanged.

The 1994 Toyota Tercel came in three trim levels. The coupe was offered as a base or DX (deluxe) model, and the sedan was available only as a DX. All shared the same 1.5-liter, 82-horsepower 4-cylinder engine. Not surprisingly, the 1994 Toyota Tercel got excellent gas mileage—about 30 mpg in the city and 35 on the highway. The base trims came only with a 4-speed manual transmission, while the DX models also had the option of a 3-speed automatic.

The 1994 Toyota Tercel is beloved by its owners for its cheapness, reliability and fuel economy. Drivers of this car claim it needs very little attention other than routine maintenance, and while they admit it's not fancy or roomy, for the most part that's not what Tercel owners wanted. Some 1994 Tercel drivers do wish the car had more power, and others wish it came as a 5-speed.

Have you driven a 1994 Toyota Tercel?
Rank This Car

Why are the running lights staying on when the ignition is off?

Where Is The Ac Low Pressure Port On 94 Toyota Tercel