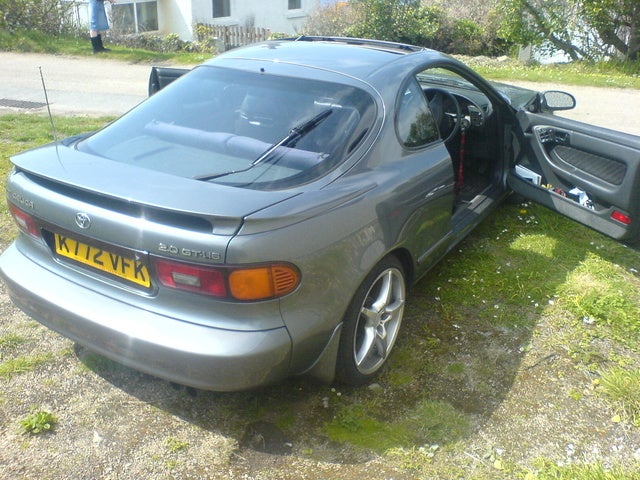 The 1993 Toyota Celica did not see many changes from the previous year. Anti-lock brakes were now standard on the All-Trac, and offered as an option on the convertible for the first time.

The 1993 Toyota Celica was available in a variety of body styles and trim levels. The coupe was available as the ST, with a 1.6-liter, 103-horsepower engine; or the GT or GT-S, both of which had a 2.2-liter, 130-horsepower engine. The hatchback came as a GT or GT-S, and the convertible as a GT. The high-end model, the all-wheel-drive All-Trac, came with a 2.0-liter engine sporting 200 horsepower.

The 1993 Toyota Celica is beloved for its Toyota reliability and reputation in a sports car package. Owners say the car is easy to handle even at high speeds, and even more than ten years later it styling still turns heads. Drivers complain that the backseat is too small for most passengers, and it rides too low to be much good in the snow.

Have you driven a 1993 Toyota Celica?
Rank This Car

How To Replace Front Strut Cartridge On 1993 Celica GT

Trying to put the shock on the front, using the old spring. The rear came complete with spring.

how to remove taillight assembly on 1993 toyota cellica gt

My Car Will Start And Then Die After About 10 Minutes And Then It Will Get ...

I can not find the "kick plat" fuse box that houses the 7.5amp fuse for the rear defrost.