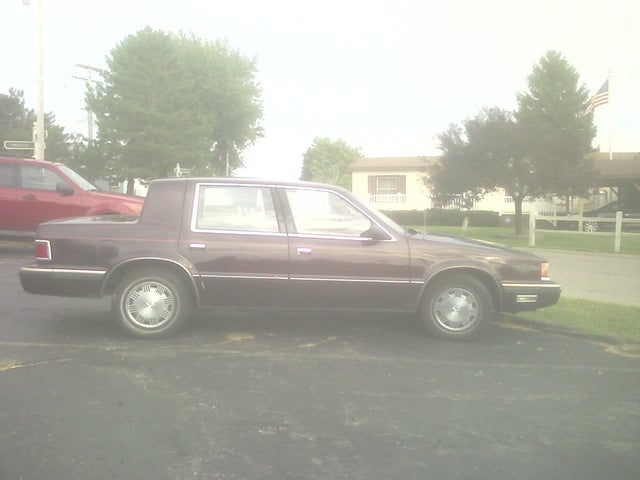 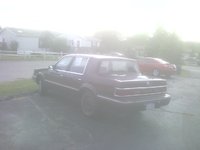 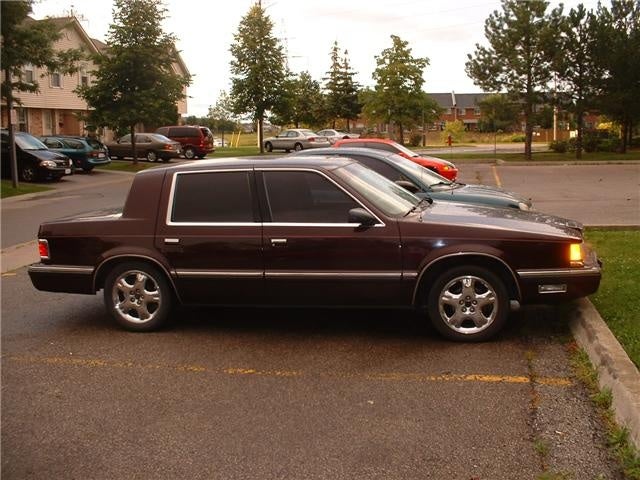 New trim names were the biggest change for the 1989 Dodge Dynasty, a boxy 4-door mid-size sedan that offers lots of interior space and sturdy performance for not much money. The base model came standard with a 2.5-liter, 96-hp I4, while the LE featured a Mitsubishi 3.0-liter, 141-hp V6. In 1989, they came standard with a 3-speed automatic, with the option of a 4-speed Ultradrive on the V6. This transmission experienced some initial problems in its first years of operation.

Based on a New Yorker platform and looking virtually identical, the 1989 Dynasty advertised that it sat six in its roomy interior. There were only basic standard features, but plenty of options to add on, such as power windows and locks, air conditioning, and a cassette player. A sunroof and ABS brakes were options on the LE.

Despite its square old-ladyish looks, the 1989 Dynasty gained many fans among its owners. They report that it performs well in the city or highway, with smooth handling, and responsive acceleration. The seats are extremely comfortable for long rides, the interior roomy, and the entire body solid and reliable. Drivers also thought the dash layout was convenient and easy to use. Drawbacks include transmission problems, awkward shift response with the Ultradrive, and not very tight cornering.

Have you driven a 1989 Dodge Dynasty?
Rank This Car

My 1989 Dodge Dynasty Will Not Stay On It Turns Over .

need to know what or how to fix my dodge it turns over when we start it but will not stay on. the fuel pump is working . would anyone have an answer to fix this

226 views with 2 answers (last answer about a year ago)

Trying to replace the fuel line on a 1989 Dodge dynasty. I need help

Odometer And Trip Meter Not Working In My 89 Dynasty

I have a 89 dodge dynasty 3L v6 with auto transmission, 4spd. Car having problems with transmission slipping occasionally. Would the automatic transmission relay have anything to do with this? If s...