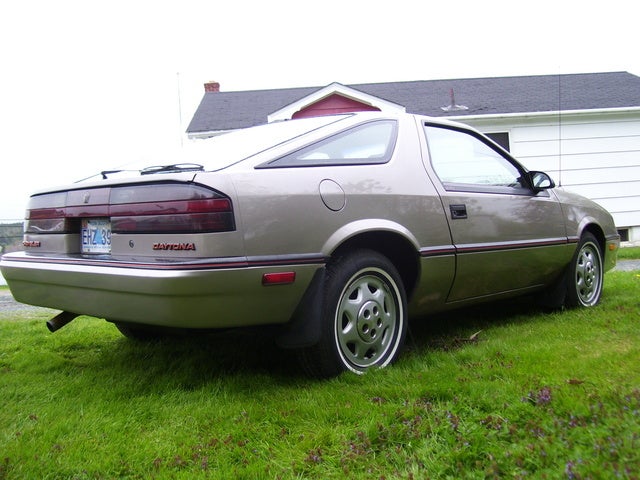 CarGurus has 3 nationwide Daytona listings and the tools to find you a great deal. 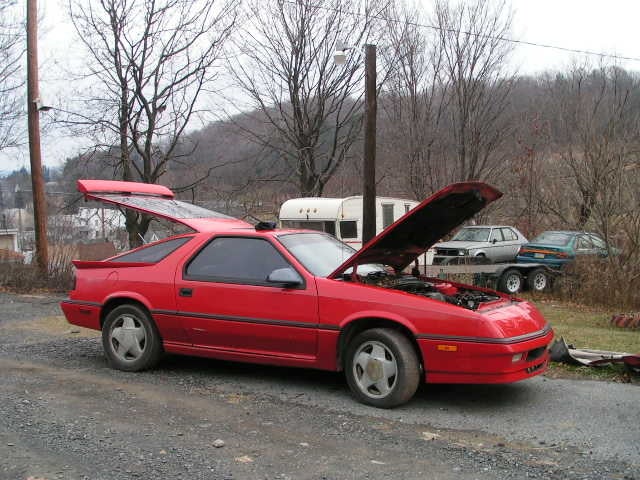 A sporty engine and styling turn the 1988 Dodge Daytona hatchback into an affordable little personal racer. With the turbo engine options, the Daytona is a mini-jet off the line, generally holding its own with the V8 big boys. While not a sports car per se, it still offers a lot of thrills, and its great fuel economy and inexpensive cost appeal to those looking for fun without damaging the wallet.

No big changes for the 1988 Daytona. It is offered in three trims. The base features a 2.5-liter, 4-cylinder, 100-hp engine. The high-end Pacifica is powered by a 2.2-liter, 4-cylinder, Turbo I and reaches 146-hp. The sports-tuned Shelby Z is the fastest of the Daytonas, a nice road burner despite its heavy size. A 2.2-liter, intercooled Turbo II rated at 174-hp sits under the hood. Its massive weight sometimes counteracted the Shelby refinements, so in 1988 Dodge offered a C/S Package (Carroll Shelby) on its lightest weight base Daytona. Available with either the Turbo I or II engines, the C/S featured the performance tuned brakes, suspension, tires, and exhaust that were standard on the Shelby Z. Rear spoiler, hood scoop, supportive seats, and appropriate badging went along for the ride.

Most owners love their 1998 Daytonas, especially the zippy Shelby Z. The Daytona is affordable and has inexpensive parts for easy modifications (the Shelby parts are a bit harder to find). It handles well and corners precisely, the gas mileage is a huge plus, and the interior is nicely designed. Owners find the driver's seat extremely comfortable, while the rear passenger seats are unfit for adults. Another benefit of the Daytona is it's a fast, sporty car without being classified as such by insurance companies, so it makes for a fun first car. Complaints center on the cheap-looking interior, the lack of power if you don't have a turbo, and difficulty getting in and out of the car. Reliability ratings are inconsistent, with some saying their Daytona has lasted for years with minimal repairs and others saying they've spent too much time in the shop.

Robert I loved my 1988 Daytona Pacifica. I was beautiful, comfortable, and if not fast, at least it felt quick. Until one day at 46,000 miles, on a two lane road, with my cruise control set at 45 mph, it ate a valve. Being under warranty, the repair only cost me $1000.00, which the dealer justified with "rags", "fluids", and other "non-waranty" items. Well I learned my lesson about waranty repair then. At least from a Dodge Dealer. I loved that car and wish I still had it today. Though I can only imagine how many tens of thousands of dollars it would have cost me to keep it running.

Have you driven a 1988 Dodge Daytona?
Rank This Car

CarGurus has 3 nationwide Daytona listings and the tools to find you a great deal.

My Fuel Pump Stays On After I Turn The Car Off What Could Be The Problem?

What Is The Weight Of The 1988 Dodge Daytona Base Model Non-turbo?

I would like to sell my 88 Dodge Daytona non turbo base model. I have not used it in four plus years because it needs a lot of work to get back on the road. A friend said it would take about $4k to ...

I Have A 88 Dodge Daytona That Is Having Problems Starting What Could Be Th...

have installed 2 new injectors still gas goes into the fuel pressure regulator and into the injector but does not spray anything out nothing comes out of the injector car turns over but no fuel comes ...