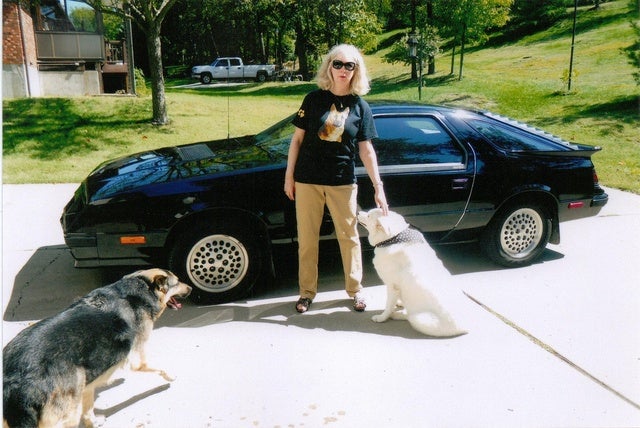 Have you driven a 1985 Dodge Daytona?
Rank This Car

Great For Enthusiasts, But I Wouldn't Recommend It To Anybody Because Of The Difficulty To Get Parts By Jordan

Quick little car. Grips the road awesomely. Has needed minor things here and there. Looks aggressive outside but pretty basic, yet nice, inside. Milage of about 14MPG off the lot city and 18MPG highwa... Read More

great car, quick, i love this car, its loud and can handle its own, lots of miles but still has a lot of balls left, very fun to drive and hasnt shown me many problems yet, love dodge, mopar baby Read More

I've Owned It For 13 Years So Far And Will Keep Going Until The Wheels Fall Off. By Steven

I have owned this car for 13 years. I bought it when I was 19 and making bi-weekly 400 mile trips to see my girlfriend. I'd be lying if I didn't say the 140 mph speedometer didn't intrigue me as a k... Read More

I loved my little blue car, Sammy, god rest him. I had five people besides my self packed into that thing that one fourth of july it was hilarious... It was so much fun to drive but had small issues l... Read More

I love this car! I take it out when I want to race. It beats most cars and trucks off the line. Made a couple updates to the interior for a bit more flash and it turns heads. I'll keep this car till t... Read More

Nice Outside, Engine Disappoints. By Bow_Win

It was a great first car for me for the $1000 I paid but would of liked more out of it. The trans went bad and he gauges were beginning to go bad. Gas wasn't too bad would of liked better. Car was qui... Read More

Overall, I Love My Daytona And Would Not Trade Her For Anything! By Angie

I've owned this car for 12 yrs. I'll admit, it's cost me a lot to keep her running but part of this was because the previous owners ran her hard and did not take care of her as I do. I just had her re... Read More

Bought my Daytona 3 days ago it came home for a great price tag. The red paint needed waxing, have started with a few minor repairs. I am the 2nd owner, and was well loved and maintained. I would lov... Read More

I Should Have Dropped A Hemi In It. By Norm

Dodge had paint issues...in other words, the paint peeled off. On the upside, this was my wife's car so I got it for free. About a year later, the headliner came down. I found a place to fix it for $1... Read More 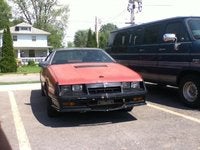