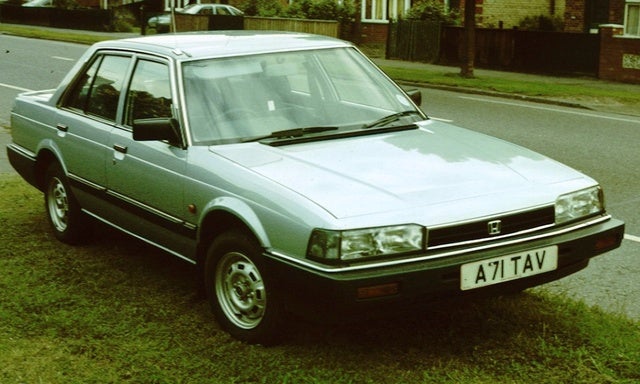 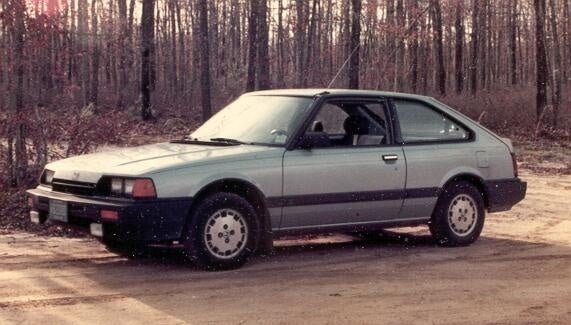 Although still early in the second generation, the 1984 Honda Accord actually came with quite a few changes.

For those who are more into looks, the '84 Accord now had a new grille, new headlights, and bumpers that looked more like they were part of the car instead of add-on pieces.

There was also a luxury trim added to the Accord sedan line, and the LX Accord came standard with power doors and windows, a cassette deck with 4 speakers, and air conditioning.

For those to whom power matters, Honda spruced up the engine in the '84 Accord. It was now a 1.8-liter, bringing the horsepower up to 86. But, because of new emissions rules, the CVCC engine was retired and a catalytic converter became necessary.

As with the other Accords, current owners of the 1984 Accord gush about reliability and fuel efficiency. Complaints, though, now include weak rotors causing shuddering brakes and the tendency to rust all over.

Dave I ordered my 1984 Accord Hatchback in 1983 and took delivery 12/06/93. It had the sport suspension, 5 speed manual, A/C. manual steering, white with blue interior. When new this thing ran and handled great, and when I wore the Bridgestones out, it was even better with the Micheilns. Most of you are getting this car worn out. I could hang the back end out and steer through corners. Ran 85mph all day, south Texas to Denver, with two 225lb guys in it. getting 34/gal. The carb hoses were a pain, and it was Honda's attempt at lower emissions, before F.I.. Anyway the car was light, and I think it will be a collectable some day. Also great headlights. No electrical problems. I wanted a simple car, with A/C. Car still in family.

Have you driven a 1984 Honda Accord?
Rank This Car

Cars compared to 1984 Honda Accord

HI- I've got a 1984 Accord with just above 68,000 miles on it (I know, it's like a brand new antique!) but I've been having a terrible time with the power steering. At some point it seems like someone...

When i turn the key it makes sounds like it wants to start. The belts are turning and it is getting gas. i have replaced the starter and a filter. what do you think is the problem?

How Do I Change The Gasket And Seal On My 1984 Honda Accord? I Have Change...

How To Replace Base Gaskets For My Honda Carb 1984.

How Much Are Spark Plugs And The Wires,transm. Belt Also A Rateraor?